Destinations / The Best Places to Visit in the Peloponnese, Greece / Mycenae


Tourism, this noble human occupation cannot be totally separated from history, legend, myth, geography, literature, and many other areas that are interconnected. This time I shall try to introduce the atmosphere of this fantastic city of Antiquity, Mycenae. The proud city of Peloponnese, Mycenae has a lot to offer to us and many sites to be discovered.

In Mycenae ruled: the Perseid dynasty: Perseus - the founder of the city - the son of Zeus and Danae, and three sons; the second dynasty: Atreus; Agamemnon, the son of Atreus; Agamemnon's son Orestes; Tisamenus and some other rulers. Mycenae, the most important archaeological site in the Peloponnese peninsula, lies in the north-east of the peninsula, in the prefecture of Argolida. You can arrive here on the route Athens - Megara - Corinth Canal. Then you can make a deviation to the east coast in the Saronic Gulf to visit the ancient amphitheater at Epidauros, then headed west a bit up in Nafplio, a port city in the Gulf Argolic and here you can climb near Argos few kilometers due north in Mycenae. But it could also come directly from the Corinth Canal southwest. Again though, it is a shame not to visit Epidauros, all these impressive goals being perfect.

Distances from Mycenae: Athens is 90 km north-east on the shortest way; Argos is 11 km to the south, 48 km north of Corinth.

The ancient Mycenaean site has a very scenic view from the top of a rocky hill. It offers panoramic views and is surrounded by hills and mountains, especially two mountains "twins" . So all eyes reveal a very beautiful landscape. Peloponnese peninsula is generally of a very special charm!

Sights in the archaeological site of Mycenae: Lions Gate

The royal palace of Mycenae was known as the House of Atreus (Atreus was the son of Pelops and his father Agamemnon). From the beautiful palace on fire around 1200 there are only ruins, but these are too impressive. The foundation was of stone blocks and now retains traces of the devastating fire!

These fortifications were built in a so-called "Cyclopean style", believing that once the massive stones were hewn and brought here by the one-eyed giants, Cyclops!

There were six graves containing 19 bodies discovered by the famous German archaeologist Heinrich Schliemann (who identified the ruins of Troy ). It was then also found a funerary mask, H. Schliemann said that belonged to the King Agamemnon! At the same time also discovered "Nestor's Cup" (another hero, "old Nestor" in alliance Achaeans in the Trojan War, the epic Iliad).Besides this, he discovered a real treasure consisting of 14 kg of gold crowns, masks, jewelry etc. All these can be admired at the National Museum of Archaeology in Athens!

It is a grave form of hive, representing an impressive building .Through a long corridor it enters the main tomb. It had great acoustics theory. The Treasury is also called Tomb of Agamemnon, but there is no evidence in this regard. Moreover, H. Schliemann believed that Agamemnon's tomb is still in the main site of Mycenae, but anything for sure.

The history of this city real or imaginary, doesn’t matter, one thing is certain: real testimony Mycenae is impressive, even as ruins of one of the most glorious European castles and ancient civilizations!

The Citadel of Mycenae was founded by Indo-European tribes of Achaeans, somewhere around 2000 b Ch. In time, Mycenae became an important urban center of Greek civilization, as neighbor Argos, becoming the capital of the Argolid. The period between 1600 b. Ch. and 1100 (Late Bronze Age) in the history of ancient Greek civilization mainland is called "Mycenaean civilization", in recognition of the importance and influence of this city in ancient Greece prior "Golden Century "of Pericles.

During the peak of the Greek civilization, Mycenae has become stronger; fought in alliance Athens - Greek against the Persians at Thermopylae. But by 460, Neighbors and rivals attacked and destroyed Mycenae. Argos and surviving population were exiled. It is finished so the story of a towering city, but today its ruins are testimony to the glory of yesteryear.

Write your Review on Mycenae and become the best user of Bestourism.com 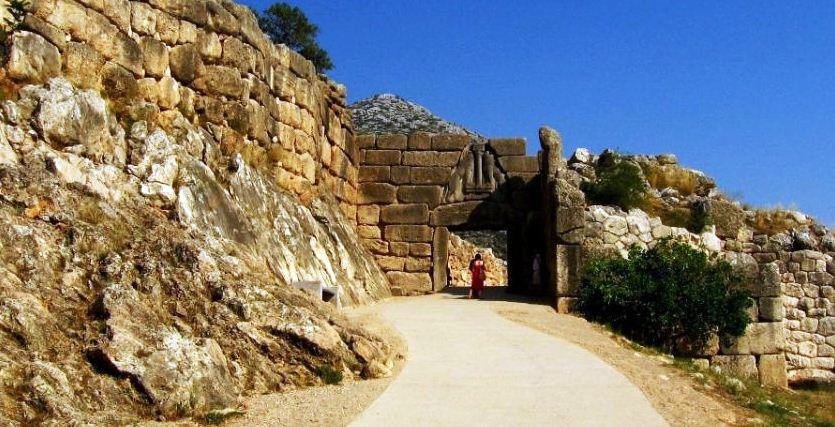 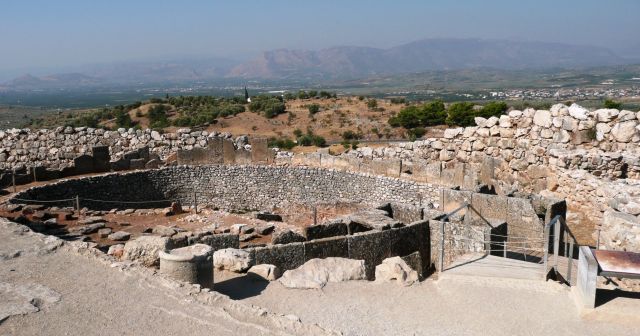