Destinations / The Best Places to Visit in the Peloponnese, Greece / Corinth


Corinth is one of the most classic tourist destination of the Peloponnese .Beautiful pebble beaches, hidden in the shades of the eucalyptus trees, interesting archaeological monuments of ancient Corinth and Nemea around the capital, the idyllic Zirias lakes-Stimfaliya , Doxa, Dasiu, casinos, hotels bars near the sea guarantee a memorable vacation in Greece.

Corinth is the town of the same name on the isthmus connecting central Greece and the Peloponnese . The most important of the cities in ancient Greece, at the beginning of our era Corinth was one of the main centers of missionary activity of the Apostle Paul. The modern city was founded after the devastating earthquake in 1858 5 km from Ancient Corinth and is the second largest city in the Peloponnese. The distance from Athens is of 78 km.

Originating as a settlement no later than 4000 BC. e., Corinth has repeatedly become the main business center of the eastern Mediterranean. This was facilitated by its geographical location , the city not only controlled the movement on the isthmus, but also organized a portage for ships between the Ionian and Aegean Seas.

Corinth was famous for its ceramics and fabrics. It is here that formed the most magnificent of the styles of classical Greek architecture. Wealth and lavish lifestyles of its inhabitants even reflected in the well-known saying, "it is not given to everyone to visit Corinth."

Presumably in 50 BC. e. Paul arrived in Corinth. Having lived in the city , he founded the Christian community, which subsequently spent two of his letters that are included in the New Testament. In 58 Paul returns to his flock and writes here Romans. After the liberation from the Turkish yoke, in 1833, Corinth, thanks to its strategic location and historical significance was considered as one of the candidates for the status of the capital of Greece, but was "defeated" by Athens. Currently Corinth is a major industrial hub and transport center.

The biggest attraction of the city is the Temple of Apollo, dating from the 6th century BC, rises above the ruins of the Roman agora, or shopping malls. Particularly noteworthy are the source and the Holy Tribune, or Bema, in the open area north of the agora. It is on this building where the Apostle Paul was, when he had to defend himself and the Christian faith before Gallio . Within the series are also the ruins of pyrene - the main source of drinking water, named after the mythological character who, according to legend, after the death of his grandson in the mountain lila , lost so many tears that turned into a source.

To the north-west from the city's Theatre, in the time of Augustus its lower tier was rebuilt and was used for gladiatorial combat. Further to the north are the ruins of the sanctuary of Asclepius and the source of Lerna, known as Asklepion - a complex dedicated to the art of healing, and the healer-god Asclepius. During the summer, you can explore the city a better place in the early morning or in the afternoon to avoid the scorching sun and mass tourist flow.

Acrocorinth are the ruins of the fortress walls of the Byzantine eras, Roman and Turkish rule. From the top of the hill on which once stood the temple of Aphrodite, offer spectacular views. The rise of a hill 566 meters in height rather tedious, so if you do not have a car, be sure to take a taxi at the foot of the hill. Isthmus of Corinth is the narrow strip of land that connects the Peloponnese peninsula of mainland Greece, near Corinth.

To the west of the isthmus lies the Gulf of Corinth and the Saronic Gulf to the east. Between 1882 and 1893 was built the Corinth Canal, which separated Peloponnese mainland, making it virtually the island. Corinth Canal has a length of 6.3 km, depth of 80 m and width of 23 m.

Write your Review on Corinth and become the best user of Bestourism.com 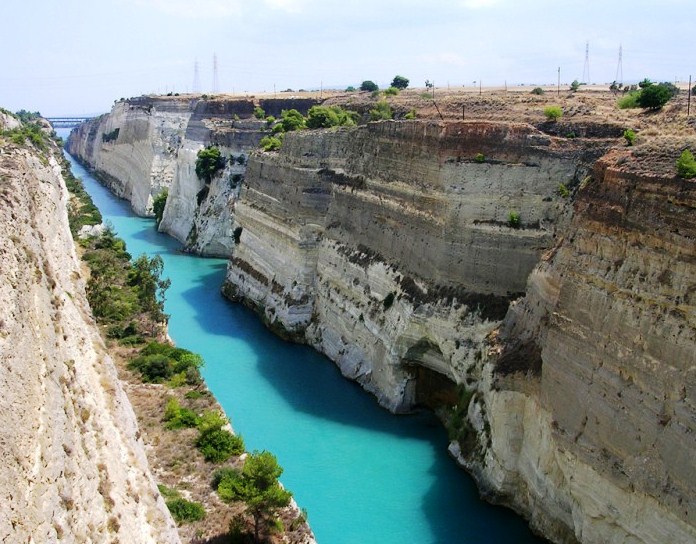 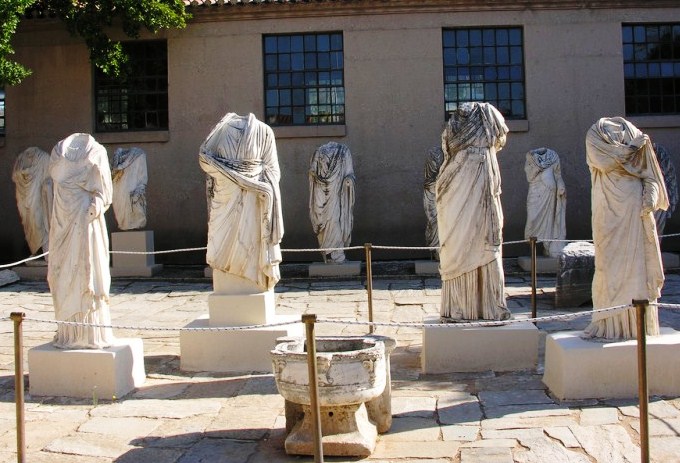 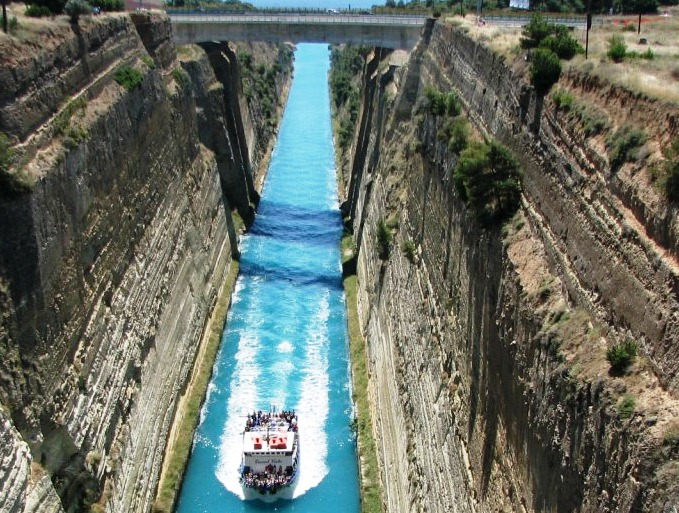