Destinations / The Best Places to Visit in Kiev, the Ukraine / Sophia Cathedral


Hagia Sophia, the wisdom of God, the archdiocese" was founded by Yaroslav the Wise in 1017 or 1037 ( the date of the founding of the cathedral has long been a subject of heated debate for researchers). It is believed that the 40 masters and 80 assistants could have completed the construction within 2-2.5 years. The dimensions of St. Sophia Cathedral in Kiev (54.6 by 41.7 meters) and it is of an incomparable beauty .

Sophia Cathedral in Kiev became the object of scientific research. Prince Yaroslav built St. Sophia Cathedral in Kiev, a temple dedicated to wisdom, the divine mind, ruling the world (from the Greek. "Sophia" - wisdom), which became the main church of the state. It was built on the highest point of the city - on the Mount and ruled over all the other buildings. The total area of the cathedral is of 1300 - m. m, the height of the central dome is of 30 meters. Sofia consists of several "cages", the architects gave the temple a stepped structure. Successively smaller volumes grow out large. The whole cathedral rushes into the sky and ends with a 13 gold-domed pyramid.

The facade of the cathedral of St. Sophia looks very impressive, thanks to the special masonry walls, widespread in Russia: the rows of white stone alternated with rows of broad, flat plate-shaped pink plinfy (special thinner brick) and a thick layer of lime light. " The Ancient Greek goddess of wisdom Athena in Byzantine culture acted as Sophia (gr. sophia -« wisdom "), whose image was closely associated with Our Lady. No wonder, therefore, that the temple was built in the beginning of the XI century at the behest of Yaroslav the Wise in Kiev, named Sofia. It was built on the place where the people of Kiev inflicted the final defeat nomads the Pechenegs. The majestic temple symbolize the unprecedented rise of the Kievan state and excelled while all European buildings of this kind. First, its width equal to 55 m and length without apses was 37 m temple was classic, "Byzantine" forms; its thirteen domes symbolize Christ and the twelve apostles. Adjoined to the cathedral cloisters, it facilitates the perception of this monumental building. The facades were decorated with decorative niches, ornaments and paintings.

During its long history the cathedral was sacked repeatedly, particularly suffered during the invasion of Batu Khan. At the end of the XVII and XVIII centuries at the beginning. as a result of the restoration of the temple it found a substantial restructuring of some features of the Ukrainian Baroque . " Hagia Sophia in Kiev is not exhaustible a storehouse of works of art where historians and tourists come to see and enjoy the wonder of Byzantine and ancient architecture. Everyone who crosses the threshold of St. Sophia Cathedral in Kiev is affected with the value of the central figure in the apse - the figure of the Virgin Mary praying. The Mosaic is composed of stone and glass plates of different colors and shades (about 177 shades of different colors). Depicting the Eucharist and the Church Fathers, the mosaic amazes your balance. The central apse and the dome of Hagia Sophia are decorated with mosaics and frescoes.

Write your Review on Sophia Cathedral and become the best user of Bestourism.com 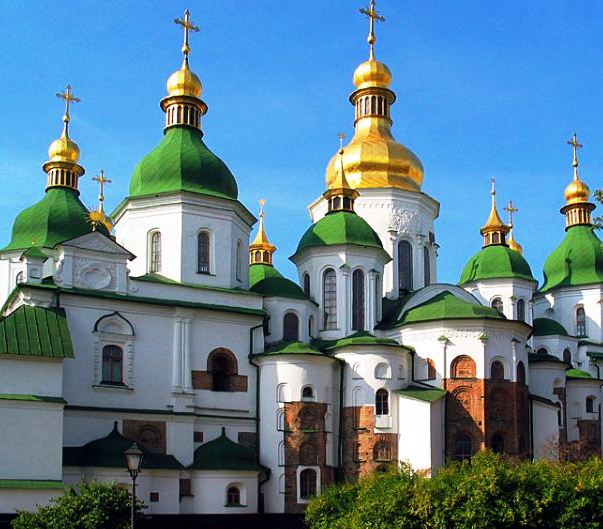 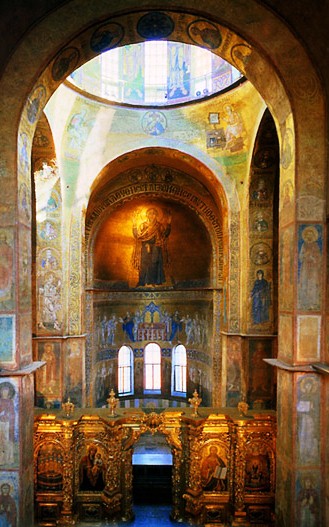