Destinations / The Best Places to Visit in Brasov, Romania / The Black Church


The geographical strategic position of Brasov, close to Rucăr- Bran commercial route through the Carpathians influenced its economic development over time. Due to its proximity to Bucegi Mountains and the Bran Castle, Brasov is one of the most important destinations in Romania.

The Black Church is the heart of Brasov Over 500 years old, the Black Church is the most representative monument of Brasov, the largest Gothic church in Transylvania and, as some historians say, the greatest religious church from Vienna and Istanbul. Moreover, inside the church is one of the most wonderful organs in Europe and the largest collection of antique rugs from Asia Minor.

The construction of this Evanghelical gothic church started around 1380, during the vicar Thomas Sander, and was originally called St. Mary's Church. In 1421, much of the building was destroyed during the Turkish invasion, that’s why was completed only in 1477. It is considered the largest place of worship in Romania, with impressive dimensions: 90 meters in length, 25 to 37 meters in width and a cross tower that reaches 65 feet, it can house around 5,000 people . Moreover, the tower is located in the country's largest bell that weighs 6.3 tons. Then, after almost 200 years, in 1689 a fire destroyed a part and the smoke blackened the walls and the exterior could not be restored. The renovation took about 100 years, but because the black walls from the smoke it was nicknamed the Black Church . Also the roof 20 feet high was built after the smoke. Craftsmen who worked on the restoration of the town were coming from Danzing, that is why the new baroque vaults are not gothic.

Black church’s organ, with 4000 pipes is considered among the largest in Europe, was built between 1836-1839 by the organ builder Buchholz in Berlin and is famous for its sonority. In 1924, the organ gallery was extended to organize large concerts with the participation of sacred music choir. Over the years they were made countless vinyl records, cassette tapes and CDs. Moreover, currently a concert is organized every week.

The collection of old carpets from Brussa regions, Usak and Ghiordes of Asia Minor, from the XVII-XVIII is a priceless treasure of the Black Church. They have been donated over the years by craftsmen guilds in the city of merchants and citizens.

The furniture and other objects of worship are remarkable values that make Brasov a place that no tourist can avoid . For example bronze font, crafted by local artisans, was donated in 1472 by the vicar Johannes Reudel. After almost 150 years, in 1716, made a beautiful Meensen Hannes blacksmith wrought iron railing surrounding the baptismal font. Then, on the southern porch, there is a mural made after 1476, representing the Virgin Mary with baby Jesus, located between St. Catherine and St. Barbara. At the bottom of the painting is the coat of arms of King Matthias Corvinus and his wife Beatrice of Naples, Aragon. It also cannot be overlooked three leaves with five panels at the altar of Feldioara (late fifteenth century). Lateral pews are dated from the late eighteenth century and the first half of the eighteenth century, is crafted with baroque ornaments, carved in wood. Then the choir pews are in Gothic style, dating from 1866 and the nave banks made of oak, were mounted in 1937.

Old gravestones of Brasov personalities were built in areas west side of the hallway when we worked to raise Gothic altar (1866) and the building heating system (1937). An oil painted canvas representing the "Wedding at Cana", the work of painter Hans Eder, was exposed in the front of the ship north side.

The emblem of the city, the crown of a tree trunk with roots, is represented, in relief, on pole in front of the pulpit. Inside the church there are a number of statues, the oldest is of the St. John the Baptist. The other represents St. Thomas, St. James Pilgrim, Jesus Salvator Mundi, Virgin Mary, Paul, Luke and Sebastian.

The Statue of a Child

A statue not typical for a place of worship is exposed on the north buttress. It is the representation of a child like he is falling. The legend says that when the church was being built, a craftsman became envious of a very talented apprentice. At one point he asked the child to pick up something from the ledge and when he bent over, the master shoved. The legend says that the statue was erected by the other disciples, in memory of the dastardly assassination.

Over time the Black Church was subject to several maintenance and renovation. The statues on the external buttresses were replaced by children in the years 1937 - 1944 and the originals were housed inside the church. Between 1967 - 1977 were allocated money from the state budget for the renovation and restoration after the earthquake of 1977 was achieved with help from donations and fundraising. According to estimates tourism annually pass through the Black Church 100,000 tourists, considered the second place of interest in the county, after the Bran Castle .

Visitation schedule is daily between 10.00 and 17.00 at a rate of £ 4 for adults and £ 2 for students and pensioners. At the entrance there is the sale for general picture postcards with details. Photography and filming is prohibited. Accommodation can be found in the surroundings, the hotels and boarding houses.

Write your Review on The Black Church and become the best user of Bestourism.com

Maps of The Black Church 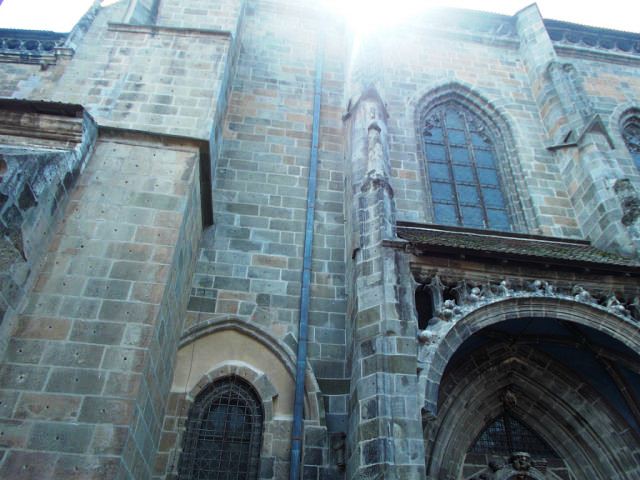 The Black Church - Second place of interest of Brasov 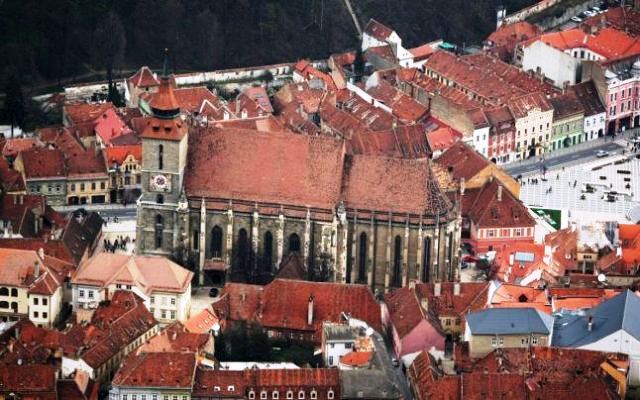 The Black Church - The greatest church in Europe