Pigeon Forge is known as the most entertaining town . This town, where only 5100 inhabitants live , is known for its large number of different entertainment facilities. This mass of shopping malls has not only a set of well-known companies sales subsidiaries but a set of colorful showrooms. There are many musical theaters, where daily one can see interesting representations. And this is, finally, the town of Amusement Dollywood, the patron which is famous for the American Beauty and the Singer Dolly. This is really an entertainment paradise .

Dollywood is a theme park based in the distant 1961. The park was named in honor of the American country music singer Dolly Parton . Dollywood, incidentally, belongs to her and the Herschend Family Entertainment Corporation.

The State Park, which was built in a very small town has 3,000 employees. In fact, this park has become the largest employer of staff. The park is divided into ten thematic areas, each represents a particular stage in the development of the history and the culture of Tennessee.

Here can be seen the Wonderworks. It is an unusual building in the American colonial style, as it delivered "on its head," it is in the Amusement Park Pigeon Forge, Tennessee USA. This building is called Wonderworks - that is, a house or a house of miracles of magic. Actually, so perhaps it and turned upside down by some merry wizards. The architectural solution is unusual, but the project is made specifically for the park and fits in well with his idea, shaking the guests of the park with imagination.

Write your Review on Pigeon Forge and become the best user of Bestourism.com 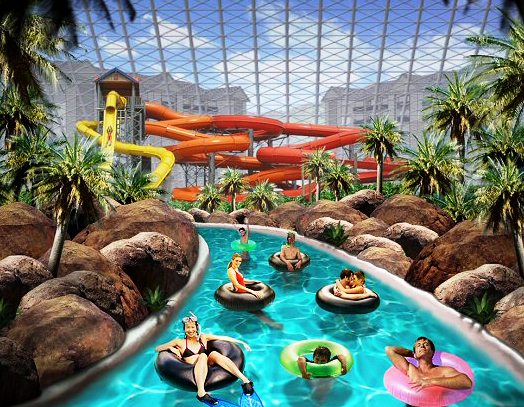