Going from Los Angeles to San - Francisco, after the magnificent cliffs along the road from PEACE, you get to Big Sur. The lovely nature, the breathtaking scenery, do not miss this region, which is mandatory if you want to drive along the coast.

A few miles from Big Sur is Julia Pfeiffer State Park. At the entrance to the park, just walk a few hundred meters and you will discover a magnificent panorama of waterfalls and the turquoise sea. Unfortunately, the road overlooking the sea is very small, because it is blocked due to landslides. Mc Way  waterfall 80 feet high in the National Park.

Julia Pfeiffer Burns State Park can be seen throughout all the year. In addition to Alamere Falls, this waterfall is one of the 2 waterfalls in the region, classified as "tidefall" – it depends on the tides of the ocean. It is located on the Mc Way Creek. 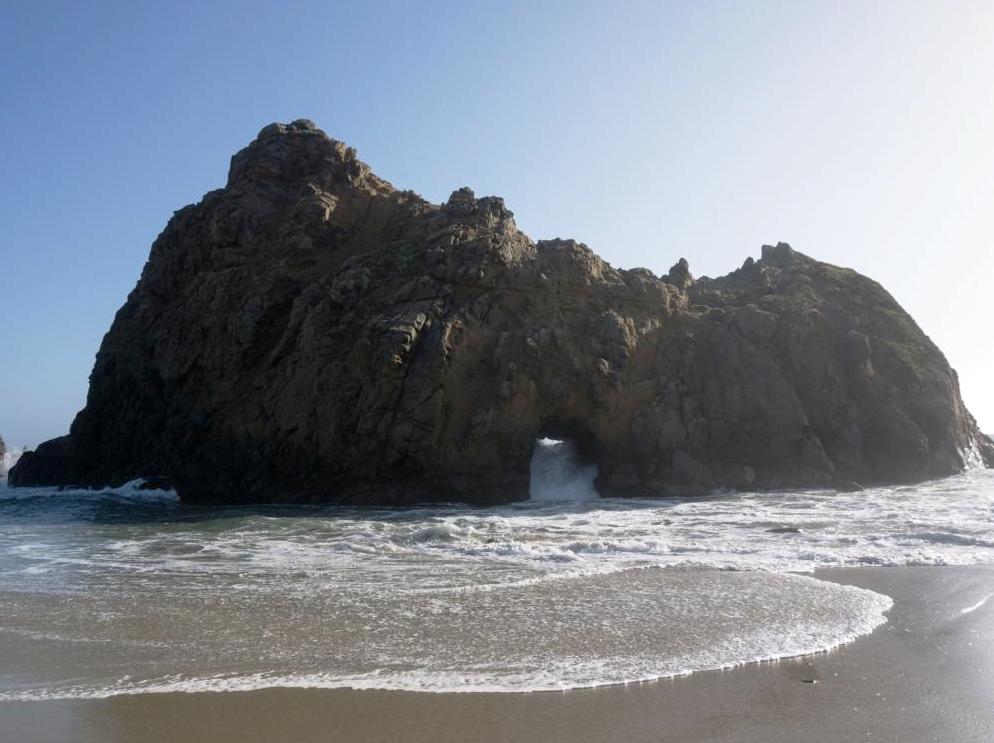 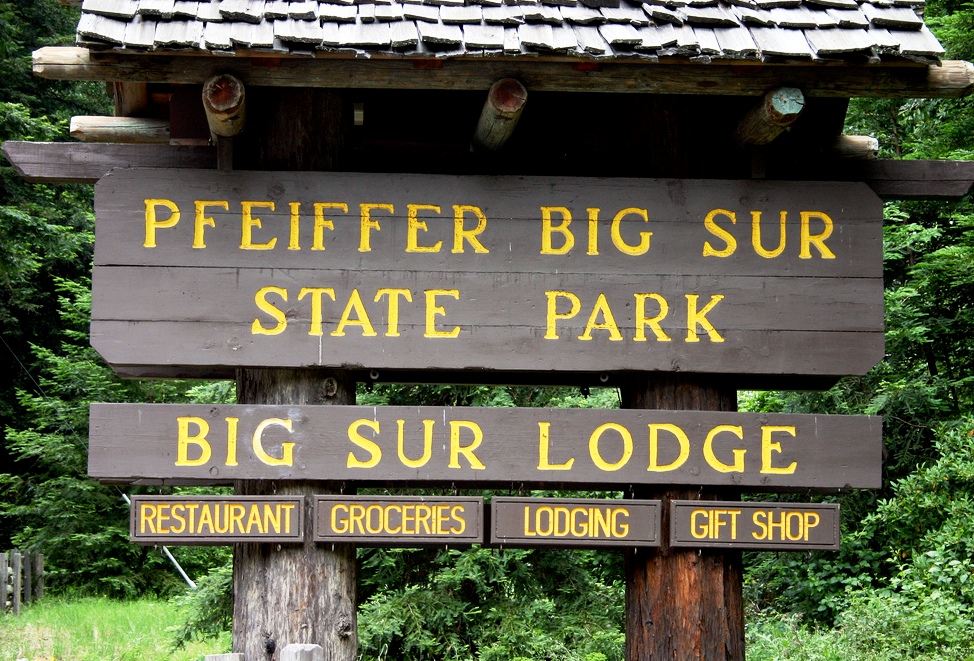 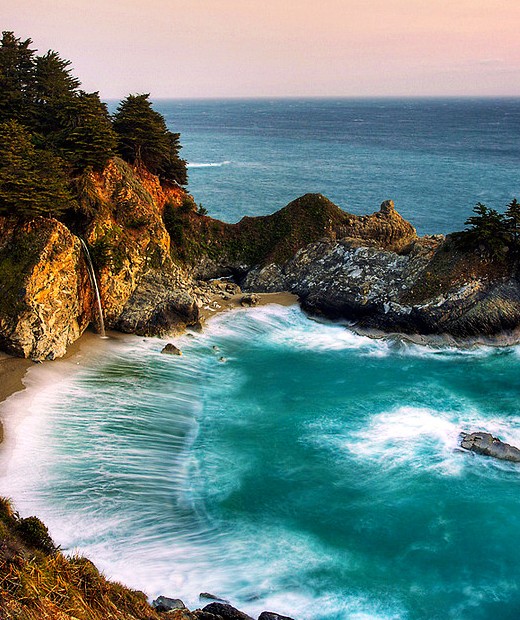 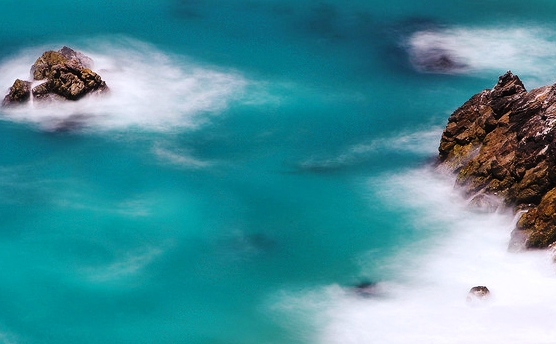