What to see and visit in Paris Las Vegas?

The location on the Strip: Mid-Strip

Full replica (down to the paint color) Eiffel Tower is half the original size. A glass elevator rises 50 floors above the city (140 meters) a minute, reaching the top on the observation deck where you can enjoy a night city. The lifter-conductor talks about Vegas and presents Paris. At the top you can get married. You can stay up as long as you want.

This is a fine restaurant where you can eat with pleasure having booked a place in advance by phone. Description of room Paris Las Vegas Not very original, but nice rooms, stylish furniture and design which resembles French Regency. Bathrooms are small and pretty, with deep soaking tubs. Fans of stylish interiors are sure to enjoy the new "Red Rooms" on the upper floors, decorated in the style of modern French bordello with sofas that look like women's lips blowing. If you are not worried about the noise of water, we recommend that you ask for a room overlooking the Strip (Strip-facing room), to admire the light and the Bellagio fountains across the street, the northern room (north-facing rooms) have a view of the nearby Bally's. The interior mimics Paris: on the first floor, under artificial vault, a city with streets is built, with cobbled stone streets, shops, cafes, bakeries and too expensive restaurants. To roam through the streets of memes, which mimics the unsuspecting passers-by to the delight of the other passers-by musicians with accordions, all the staff (even the sweepers) dressed as a French welcome you in French.

Here you can see The Hotel de Ville (the original 800 years - now Paris City Hall / administration building, the residence of the mayor and the building for large receptions), the Louvre Museum is located in the northern wing of the entrance to the casino), Rue de la Paix (street fashion shopping) Eiffel Tower (Tour Eiffel), directly opposite the main entrance of the hotel is The Arc de Triomphe in two thirds of the original size, engraved with the names and dates of Napoleon's victories. In the south wing of the casino you can see The Paris Opera House, Alexander III Bridge with a view of a bird's eye on the Casino's Slots & Video room.

In this buffet of Paris in Las Vegas, you can enjoy the national culinary specialties from different provinces of France: La Raclette pampers you with cheese, meat, potatoes, vegetables and aromatic French bread. La Grillade offers meat, seafood and grilled sausages. The Brittany always have fresh pancakes (crepes) for you, and Normandy - sea food. Burgundy is known for its ribs, ham, chicken, veal and pork and chicken with mushrooms, Alsace has vol-au-vent, filled croissants, sausages Alsacian, scrambled eggs with salmon.

Write your Review on Eiffel Tower Experience and become the best user of Bestourism.com 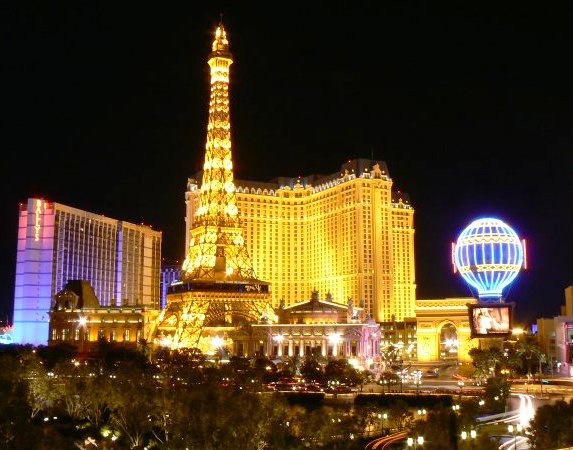 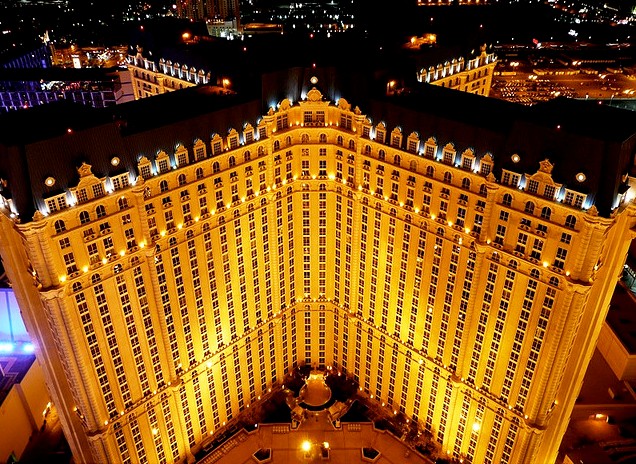 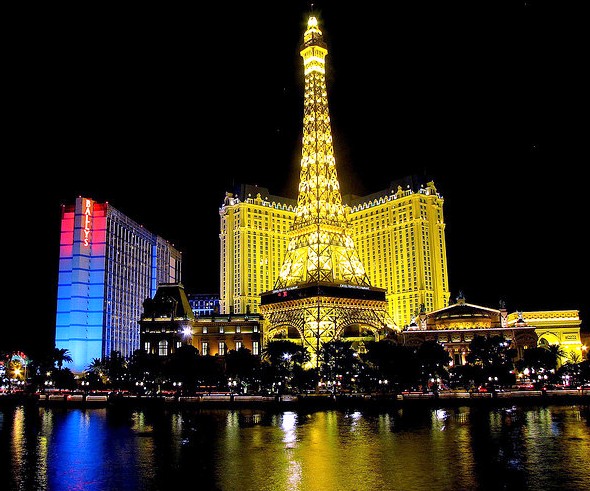 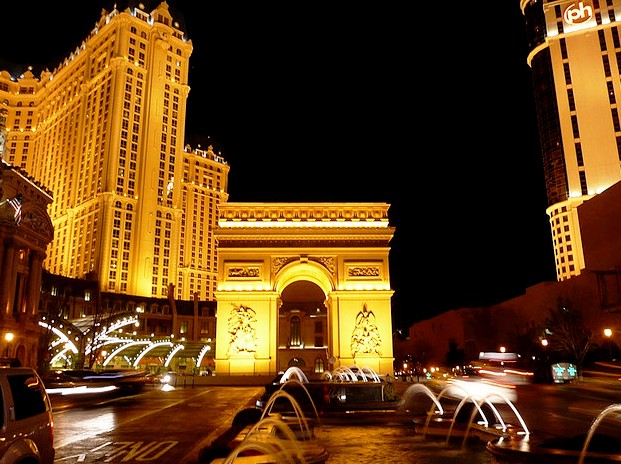