Hilton Hotel in Bucharest is known for many years as the best hotel with high standards. Hotel Hilton Athenee Palace is located in the heart of Bucharest, near the University Square and the former Royal Palace. Municipal trolleybuses, buses and trams pass just near. The airport is 20 minutes far. The shell of neoclassical style in 1918 was retained, it completed the construction of a wing in 1964.

This is an attractive building with bright luxurious appearance, the first building of its kind in Bucharest. The medium sized lobby is designed with marble floors, pale walls and decorative columns. The place of registration is decorated with dark wood to the left of the entrance. Immediately on the left there is a cafe and a restaurant-brasserie. A beautiful dance hall is located behind the lobby. A bright and a spacious restaurant is located on the first floor of the central dance hall. It is at the entrance from the street. Brand new rooms are very attractive in modern design, decorated in soothing colors and equipped with air conditioning. Their size is from medium to large. All rooms have a bath.

Write your Review on Athenee Palace Hilton Hotel and become the best user of Bestourism.com 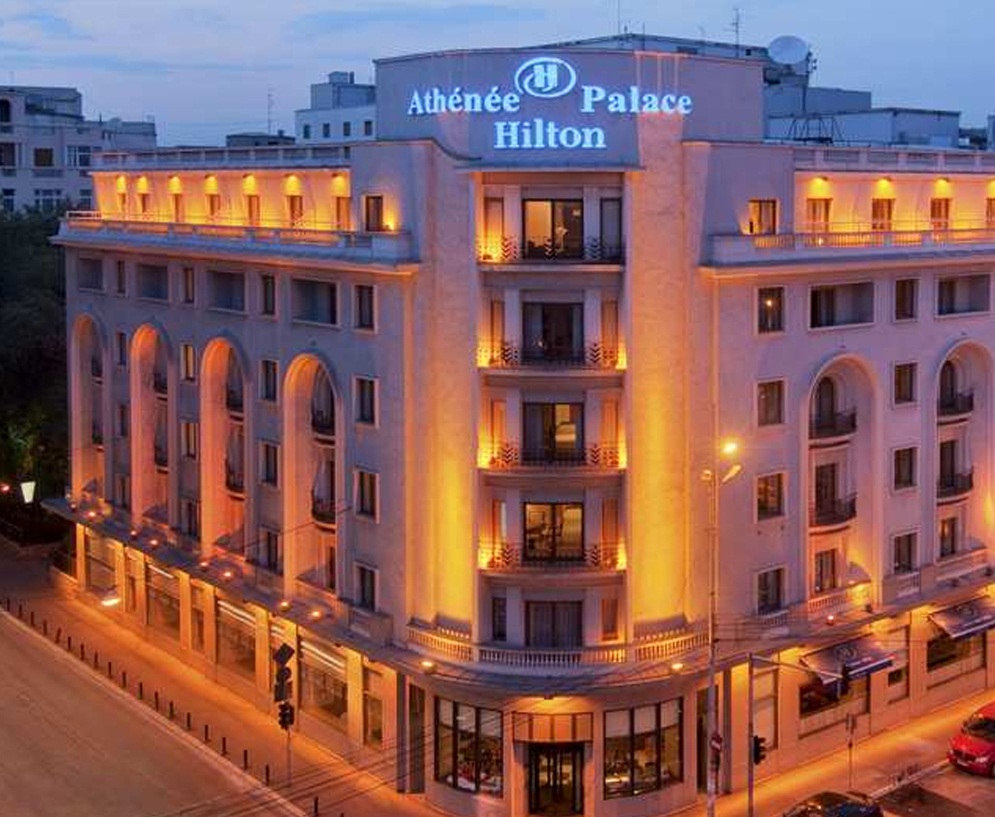