The most unusual golf mini-golf course, which you can imagine, is located near Karon beach, near the Hotel Marina Phuket Resort and its name is Dino Park. This is a wonderful park dedicated to the giant prehistoric creatures - dinosaurs. All of it is sprinkled with fascinating figures of the giants. 18 holes of the park are scattered among the sculptures, tropical plants, under a huge twelve-waterfall in the cave, and even near a volcano about to erupt preparing the lava to flow. Naturally, all this skillfully recreates the atmosphere of the old nature. But all of the processes occurring in the field are accompanied by a realistic light and sound effects. For example, the huge figure of Tyrannosaurus rex roar their focus often prevents those who still come here to play golf. Going through all the holes, players can in just 40 minutes.

The best time to visit the Dino Park will be in the evening. You do not feel the intense heat, but remain very impressed by what you see. After all, even if the mini-golf is not your game, there is already very interesting. Especially pleased are the children . Addicted to walk in the prehistoric garden will give you unforgettable memories and the brightest snapshots. After a walk or a game, you can visit a small bar with an unusual interior. Part of it is under the open sky, and some in the room. And the role of chairs and tables are performing large stumps and rocks, which are surrounded by exotic plants in the tropics. The restaurant menu offers visitors an amazing local cuisine, as well as gives an opportunity to enjoy continental cuisine. For young tourists in the bar there is a huge selection of goodies. Adults can also enjoy a cold beer and other beverages. The Dino Park is opened to visitors every day from 10:00 am to 11 pm. Ticket price for adults are 240 baht, for children 180 baht. To get to the park is quite easy, because it is in the center of tourist life Phukan. If you have problems with parking near the park (which happens very often), be driven away a few meters towards the beach, where you'll find another parking space.

Write your Review on Dino Park and become the best user of Bestourism.com 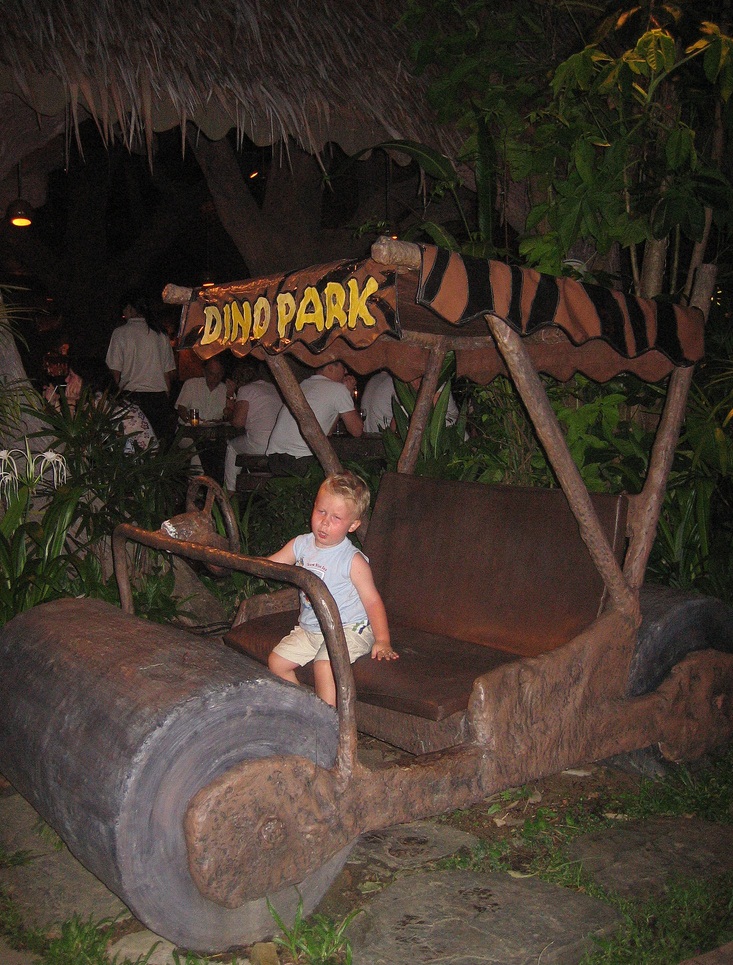 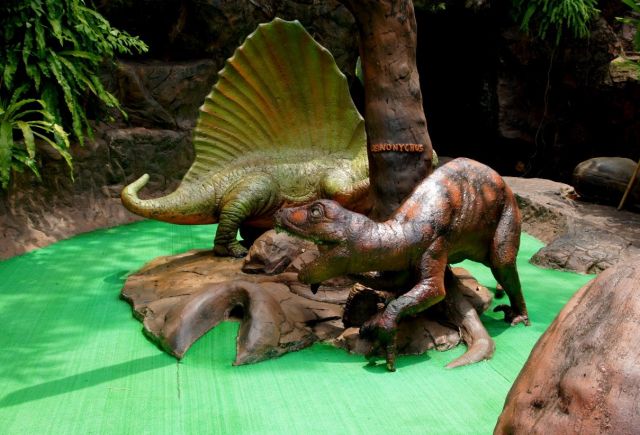 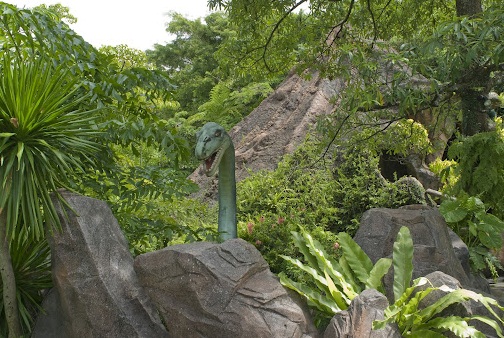