The Island of Phuket


Phuket is the largest and the most popular tourist island in the Land of Smiles (Thailand). Thai hospitality and the friendly smile to the island attracts more than 4 million tourists per year (not without reason, Thailand is called the Land of Smiles). But the main reason for visiting the island of Phuket is the beautiful clean beaches, thanks to them it is considered the most popular beach resort in Asia. Some hotels located here are regularly among the top ten best in the world, and the island itself, without exaggeration, is a jewel in Thailand. This is the most desirable place for surfers, divers and sun lovers. The flight from Bangkok, is little more than an hour, and shortly before landing, you'll see a lot of small green islands rising from the sea.

Phuket in Malay means "hill", and the island is indeed the case. The largest island of Thailand is covered by dense tropical forests and the area corresponds approximately to the size of Singapore. It has a bright and a rich history and its prosperity has long been based on the extraction of tin (now its production in response to falling prices ceased). The island was an important link on the trade route between India and China and is often mentioned in the shipping journals of Portuguese, French, Dutch and English traders. Permanent residents of the island are more than 300 00 people (the number of population increases significantly during the influx of tourists from November to April). The majority of the population lives in cities of Phuket and Patong. The modern economy of the island is based on Brazilian plantations of rubber trees where sap is extracted for the production of natural rubber (Thailand is the largest producer of natural rubber in the world), and tourism through beautiful clean beaches attract thousands of divers from around the world.

Beginning with 1980, the sandy beaches on the west coast of the island turned into tourist centers. On the island there are thousands of foreigners, many of them are pensioners. The influential Fortune Magazine has included the island of Phuket in the top five most attractive places to retired life. Thanks to the development of tourism prices have skyrocketed over the past decade, making the island one of the most expensive tourist destinations in Thailand.

Best time to visit the island of Phuket is during the dry season from November to April. Excellent diving and snorkeling on a long sandy beach with crystal clear water waits the visitors at this time of the year. It is generally accepted fact that most of the time is spent resting on the beaches. In total there are 17 sandy beaches, many of which are still involved in the tourism industry. Few islands in the world have so many beaches, which are the main tourist attractions of Phuket. Tourists can visit the most popular and crowded - the Patong Beach, or take refuge in a remote strip of sand on the north . The beaches satisfy the desires of all the fans to soak up in the sun. The most popular beaches are Patong , Karon and Kata.

Write your Review on The Island of Phuket and become the best user of Bestourism.com

Maps of The Island of Phuket 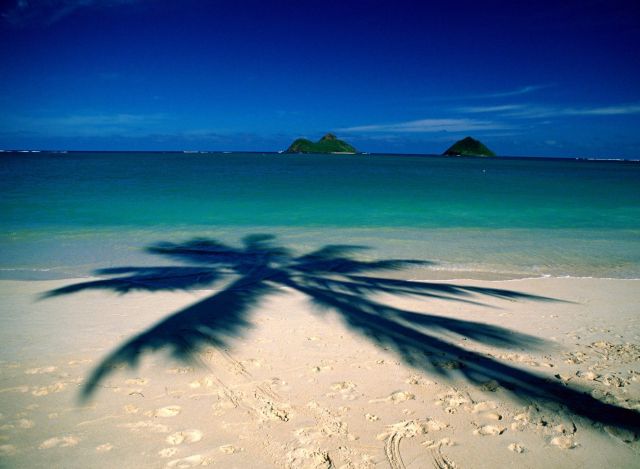 The Island of Phuket - Sandy Beach 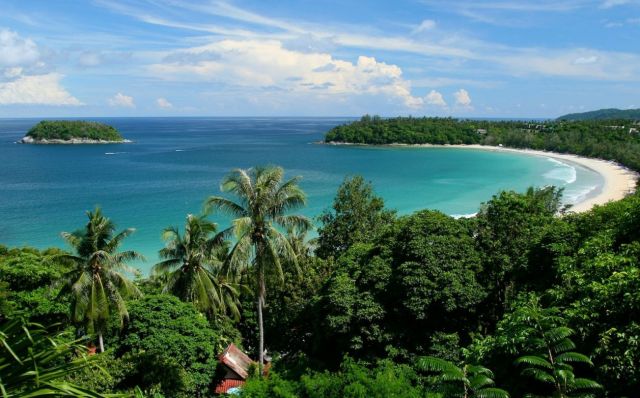 The Island of Phuket - Picturesque view 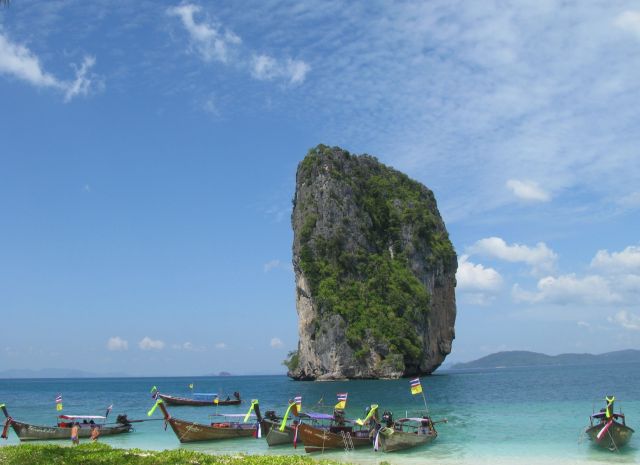 The Island of Phuket - The jewel of Thailand 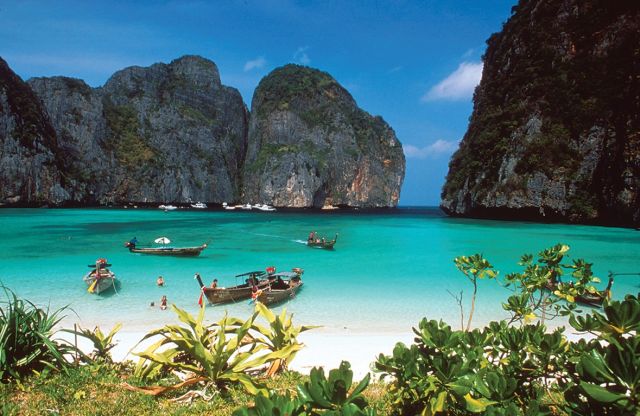 Video The Island of Phuket