Marmaris is a resort of Kusadasi coastline that rivals for the title of biggest resort on the west coast of Turkey. However Marmaris has many forests and natural beauties, except for historical sites, which are less than in Kusadasi. Marmaris supposedly comes from the name "Mimar I", which in Turkish means "hanged architect. When you see high tie holiday apartment buildings, you'll understand where does this name.

If you are in Marmaris and watch the sea, it can resemble a lake. There is a pretty small space and hardly visible link with the sea. During the Second World War ships used to hide in this course. Old Town and the bazaar is located east of Castle Museum ULUS Egemenlik Bulvar. Marmaris is mainly used as a starting point for excursions to key sites on the coast. Do not miss a visit to Günlük and Turunç boat. Here the accommodations, restaurants and bars in abundance.
In Marmaris can be reached in day trips by ferry from Rhodes. Local Tourism Commission provides free shuttle docks between the two cities, including a tour of the area, hoping that tourists will return for a stay longer. Watch the amount of goods they bring to the island of Rhodes. Greek customs officials impose restrictions in this regard.
Marmaris was the city's ancient name Physkos, at that time being part of the Carian Empire, then was assaulted by lidieni in the sixth century BC During seleucizi Greek city was led by then was controlled by Romans, Byzantines and, in the thirteenth century by Menteşeoğulları. Ottoman Sultan Suleiman the Magnificent conquered the city in 1522, hence leading his campaign to conquer the island of Rhodes. Incare during the Ottoman Empire was part of the town was named Mimaras, then in the IDN Mermeris from Marmaris.
Between 1919 and 1921 Marmaris was controlled by Italians, then became part of Republic Tuce. Until 1980 Marmaris was homeland fishermen and divers searching large sponges, then began the transformation into a tourist resort. Ancient cities located in the Marmaris region include: Amos (Hisarönü-Turunç) Byabassos (Hisarönü) Syma (village Bayır köyü) Larymna (Bozburun) Thyssanos (Sogut) Phoinix (Taşlıca) Loryma (Bozukkale) Kasara (port Serçe Liman) Kedr (island Sedir ADAS) Euthena amnesty (Karacasöğüt) and Shyskos. These settlements belonged carian empire, but today only a few remaining walls and ruins of castles.
Sponsored Links

Write your Review on Marmaris in Turkey and become the best user of Bestourism.com

Maps of Marmaris in Turkey 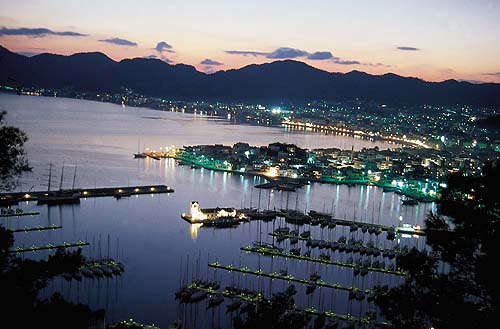 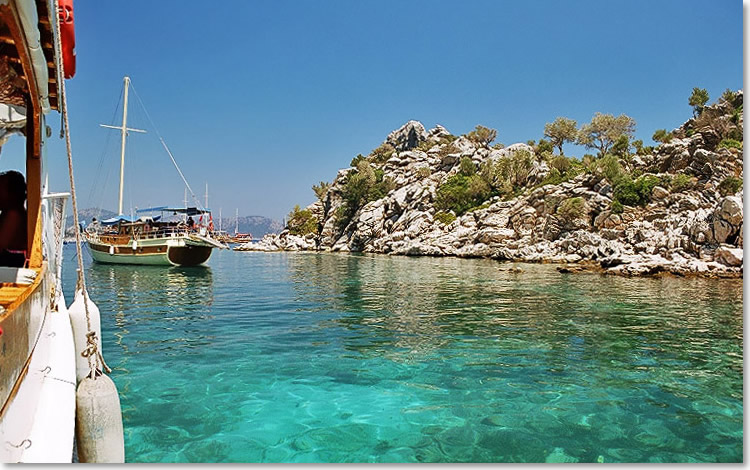 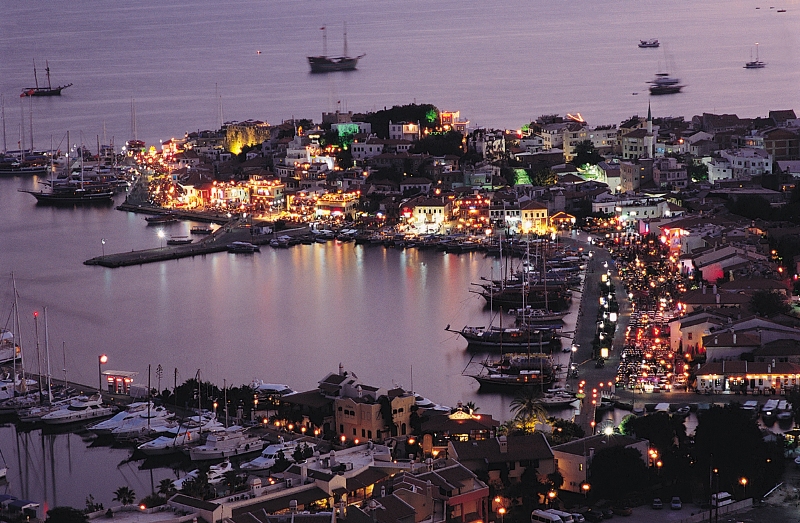 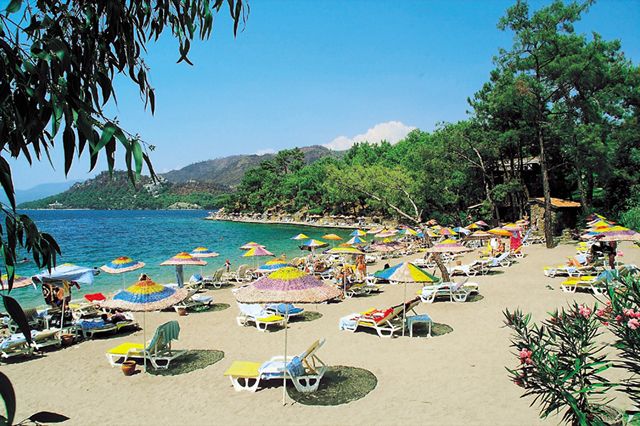