The island of Koh Samui was discovered in 1971 by the first tourists. Four years later, there was built a few bungalows, harbingers of the future rapid development of tourism. Until the late 1980s, it remained a heaven . Many tourists traveled independently. Everything started to change since the late 1980s - early 1990s. In 1989 the construction of an airport had been completed, a number of modern hotels, which created the necessary conditions for the second wave of tourists. Since then, the influx of tourists started to increase rapidly and the island's population has increased significantly due to the emigration from the other parts of Thailand.

Today, Koh Samui is the second most popular island in Thailand. Ko Samui may not be the most beautiful island country, but this oasis of nature with white sandy beaches, coral world, attractive lagoons, picturesque waterfalls, swaying coconut palms and clear water attracts more and more tourists each year. In the middle of the 19th century the island of Koh Samui comprised the largest species of coconut palms in the world. The collection of coconut and latex from rubber trees for the production of Brazilian natural rubber still has a place in the mountainous interior of the island, but now many large-scale plantations have given way to tourism, which is currently the main source of income for the local people. Once a heaven with untouched places and clean beaches, beautiful thatched bungalows and cheap eateries along the dusty roads, Samui now has a lot of upscale resorts, expensive restaurants and posh shops spa. A large influx of tourists has caused an acute shortage of water resources and a number of environmental problems, overcrowded beaches. Having made a car trip along the island, you will still find some relatively sparsely populated beaches, but this is far from being the quiet island, as it was 10 - 15 years ago, most notably at significant increased prices.

The island of Koh Samui attracts poor tourists staying in bungalows on the beach unpretentious and very wealthy vacationers spend their holidays in luxury hotels and villas on the beach. Some resorts, where "dreams come true, and fantasy with reality," offer apartments at $ 6,000 per night during the massive influx of tourists. Who would not be able to put a tidy bag of luxury accommodation, can experience the charm of Koh Samui in just a few tens of dollars per day. The island offers accommodation at different price ranges to suit every taste. The peak tourist season runs from mid-December to mid-January, but from January to April is the best weather, then it becomes very hot and only a rare tropical storm brings a brief respite. During this period, you can relax at a pretty reasonable price and sometimes the price can be 50% of the peak of the season. October, November and early December are the most humid months. In July and August, there is usually a short-term increase in the number of tourists, but these months the western part of the island often receives higher rainfall.

The most popular attractions of Koh Samui

Without doubt, the south of Thailand has some of the most beautiful beaches and islands in the world, surrounded by crystal clear waters and stunning coral. This is the main reason for the increased number of divers in Thailand over the past ten years. Although the best season for diving in the area of Koh Samui is from June to August, scuba diving is practised all year round. Thailand is considered one of the safest places in the world for diving, it is ideal for beginners who have expressed a desire to dive for the first time. Most tours diving take place in the nearby National Marine Park Angthong, because the visibility around the sandy beaches of Koh Samui, with rare exceptions, leaves much to be desired. You can enjoy huge underwater rocks, coral gardens, whale sharks. The main reason to visit the island of Koh Samui is just to enjoy the beaches. Two of the most popular beaches, Chaweng and Lamai, are significantly affected by the development of mass tourism over the past two decades, but still retain their beauty and attractiveness. Further hinders the smooth beaches of building a government decree restricting the construction of buildings above the coconut palms. Relaxing on the beach on the island is too much of some interesting tourist attractions.

Along with the beaches, a huge painted in gold Buddha statue is a famous landmark of Koh Samui. Built in 1972, the statue of the Buddha (12 meters high) is located near the temple of Phra Yai Temple on the tiny island of Koh Phan with beautiful, unspoiled nature. This place of Samui is visited by almost every traveller on the island. The review platform of the Temple of Big Buddha overlooks the northern slopes of Koh Samui and nearby Koh Phangan.

Art often imitates nature, but sometimes there are cases exactly the opposite, when nature imitates art. In Thailand, all things are possible, including the island of Koh Samui, where there are natural geological formations Hin Ta and Hin Yai (translated Grandfather and Grandmother), having a form of male and female genitalia. Located between the beaches of Lamai and Hua Tanon, they cause indulgent or embarrassed giggles to all those who attend. Even more strange it seems the fact that they are close to each other, creating a legend that explains their origin.

Any local resident of Koh Samui will tell you the following story: She and Yai Riem Kreng (meaning grandfather and grandmother) lived with her son in the southern Thai province of Nakhon Si Thammarat Sri. It was time for their son to marry and they turned their attention to an alliance with the daughter of Ta Monglay, who lived in the province of Prachuap Khiri Khan, some 400 kilometers to the north.

They went by boat to ask the girl the hand for their son, but on the way back the boat was hit by a storm and the boat sank near the island. The pair, unable to swim, drowned and turned into interesting rock formations, the proof of the bride's parents for their good intentions. Every day, thousands of tourists come to this place to take photographs of these rocks.

Best places for outdoor recreation than Paradise Farm Park are, perhaps rare to be found. The Park of the European type with emphasis on cleanliness, is located in a tropical forest on the highest mountain in Koh Samui, Khao Pom. Paradise Park Farm is one of the most popular attractions in Koh Samui. Good nutrition, children's playground, swimming pool, beautiful garden, a collection of exotic birds and animals, jungle, river, man-made waterfall made the park the most popular place to visit on the island. The park is equally interesting for adults and children. Paradise Park Farm is a nature reserve area of over 8 hectares, where the animals have created favorable conditions for living in a spacious natural environment. They all live in separate areas linked by walkways. Visitors to the park can wander through these paths, enjoy the natural beauty and the panoramic overview of Samui and its smaller sister, the sister island of Koh Phangan. During the day the animals are released to freedom, if desired, you can feed them and even care. The park does not forget to feed your guests. The restaurant serves delicious Thai and European cuisine.

During your stay in Samui you can visit the island of Koh Phangan, just a few kilometers far from Samui. It is an island of coconut trees and sandy beaches, which is famous in Thailand. Everything there is for a romantic getaway: beautiful beaches, beautiful coral, spectacular waterfalls. The world-famous island of Koh Phangan was founded in 1985 by a small group travel party in Full Moon (Full Moon Party). Once a month she gathers from 20 000 to 30 000 local residents and tourists from around the world. It is believed that on this island, the moon looks especially nice. Music, flashing lights, multiple bars (all included), painted faces, socializing, dancing and drinking are a constant feature of the event. Some participants used drugs (the culture of drug use is very common in Thailand), but it is associated with greater risk given the strict Thai laws on drugs. If you do not take into account the full moon parties, Koh Phangan is actually a pretty quiet island and far less obsessed with public festivals and nightlife than the island of Koh Samui. The time spent here usually means the time spent on the beach. The beaches, snorkeling, diving and kayaking are the most popular activities. The waters abound with coral and fish. To organize a trip here is not difficult because of the numerous tour operators. There are beautiful waterfalls, but they are not easy to achieve because of the terrain. Several kings of Thailand visited the Falls Thaan Sadat and left a sign on a nearby rock.

In December 1995 near the small village of Thong Krut Bay was founded by the first and only on the island of Koh Samui to the present day The Phangka Snake Farm. Since then, the snake farm was one of the most popular tourist attractions of Koh Samui. The farm is included in the Guinness Book of Records for the longest stay in the body of scorpions and centipedes. There is a small zoo with crocodiles, mongooses and some other reptiles. Twice during the day a fascinating snake show is shown to visitors. These serve as a prelude to the demonstration cockfights which have a long tradition in Thailand and many other parts of Asia. Fighting cocks in three stages and at this time to inform visitors about the origin of cock-fighting, rules, followed by a show of scorpions. The last of its kind, but not least, a snake show, which includes the demonstration tricks most poisonous snakes on the earth, the king cobra. The zoo farm, you can watch the other snakes and reptiles: crocodiles, lizards, monitor lizards, pythons.

Crocodiles have never lived on Koh Samui. Thanks to the development of tourism on the island there are huge reptiles with large teeth, and bristling with flaps. On the vast farm of a total area of 8,000 thousand crocodiles inhabit, they are grown for the valuable skin to produce a variety of consumer products. For a small fee you can feed the reptiles. The main event is the crocodile show, during which the trainer puts his head and his hand into the jaws of the animal. Besides crocodiles, there are about 100 animals of various species: king cobra, python, iguanas, lizards, monkeys and more.

When you get tired of the beaches and more diverse leisure, we recommend visiting several waterfalls, located in the interior of Samui. The most popular of them enjoys a waterfall at Na Muang, so named for its purple color. In fact, the waterfall consists of several stages. The height of the lower stage is 30 meters (the highest waterfall on the island of Koh Samui), the water falls from a cliff into a deep pool suitable for swimming. To rise to the upper cascade, it is necessary to climb on foot or you will be offered an easier option - riding on an elephant.

The Aquarium and the Tiger Zoo

Not the best in Thailand, but there is an interesting aquarium and zoo tigers (Samui Aquarium and Tiger Zoo). An aquarium with a collection of marine flora and fauna: sharks, turtles, colorful tropical fish, the Gulf of Siam. The Zoo presents Bengal tigers, leopards and lions, one of the most dangerous natural predators.

Write your Review on Samui – Fabulous Island and become the best user of Bestourism.com 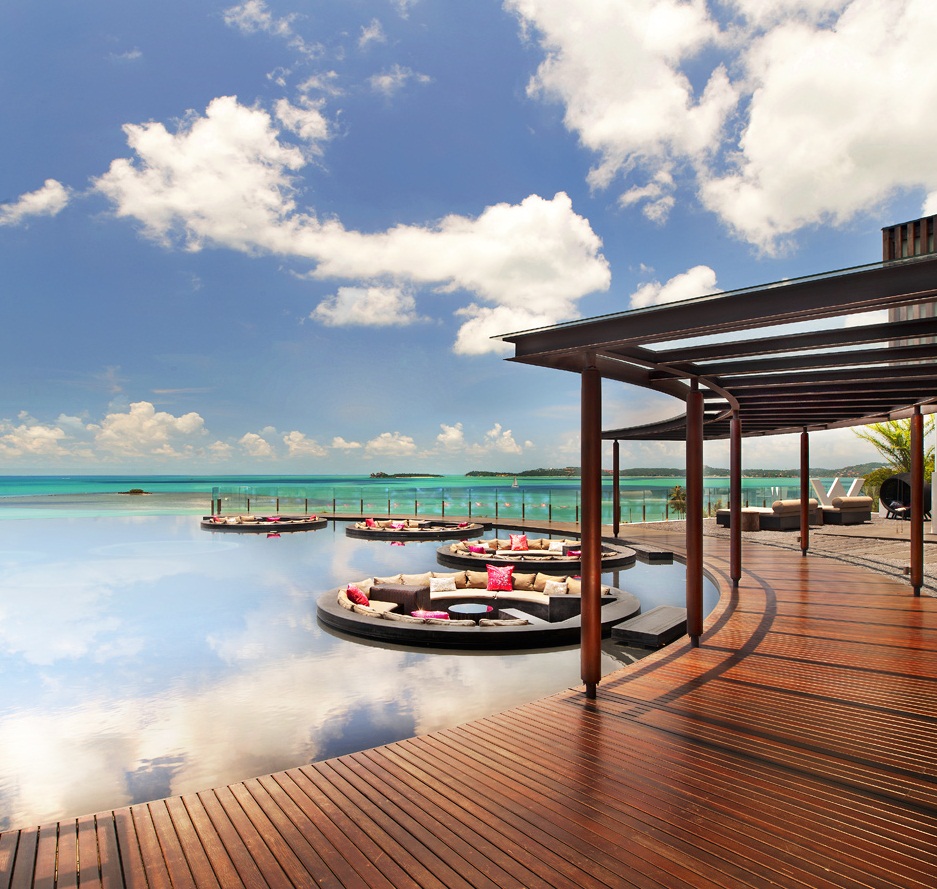 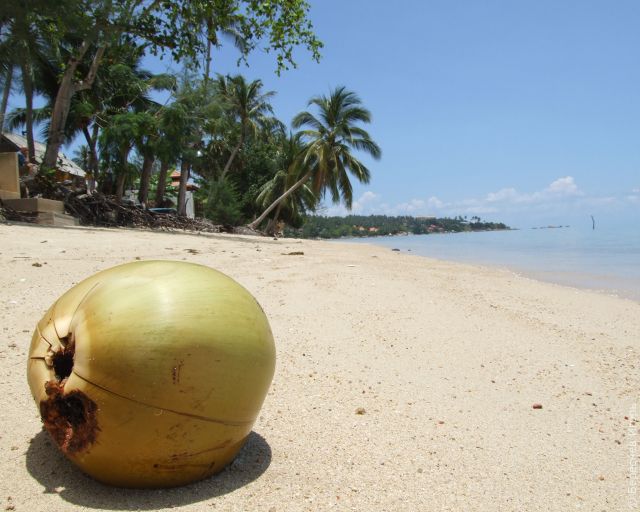 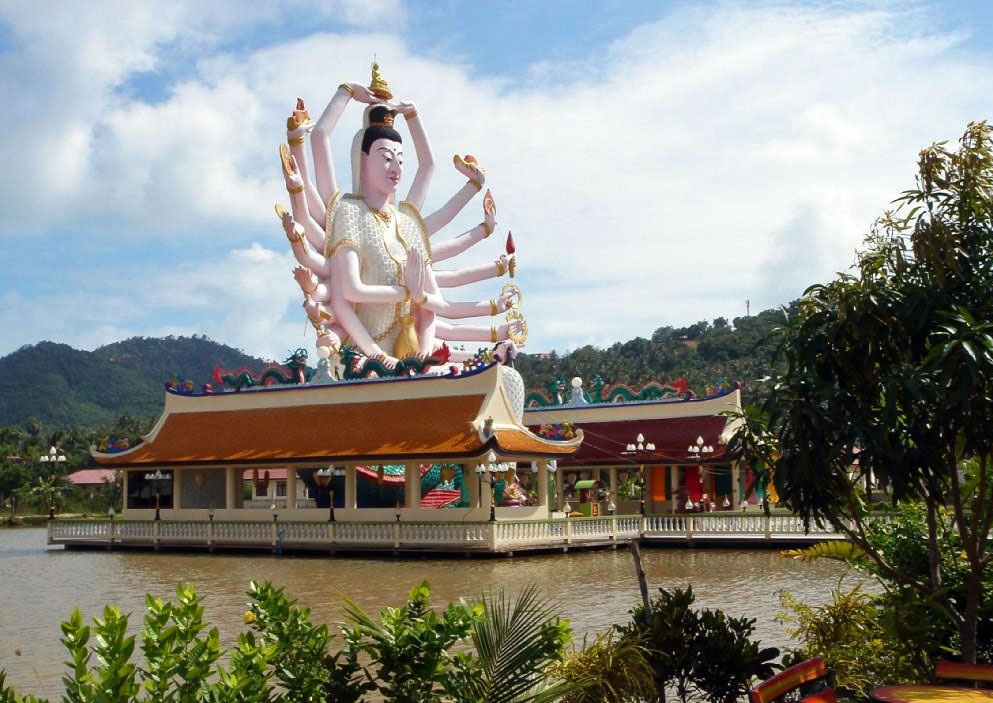 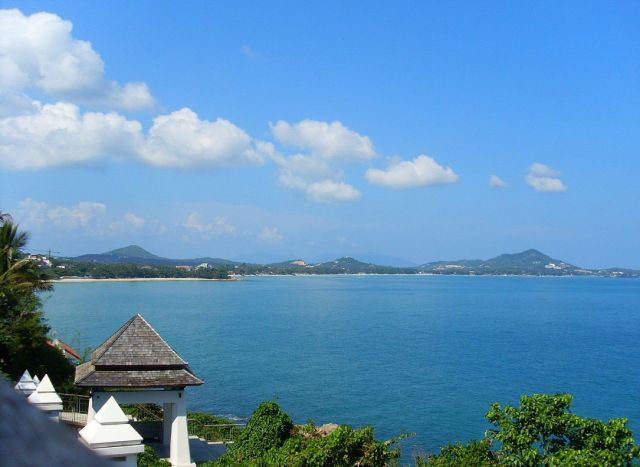 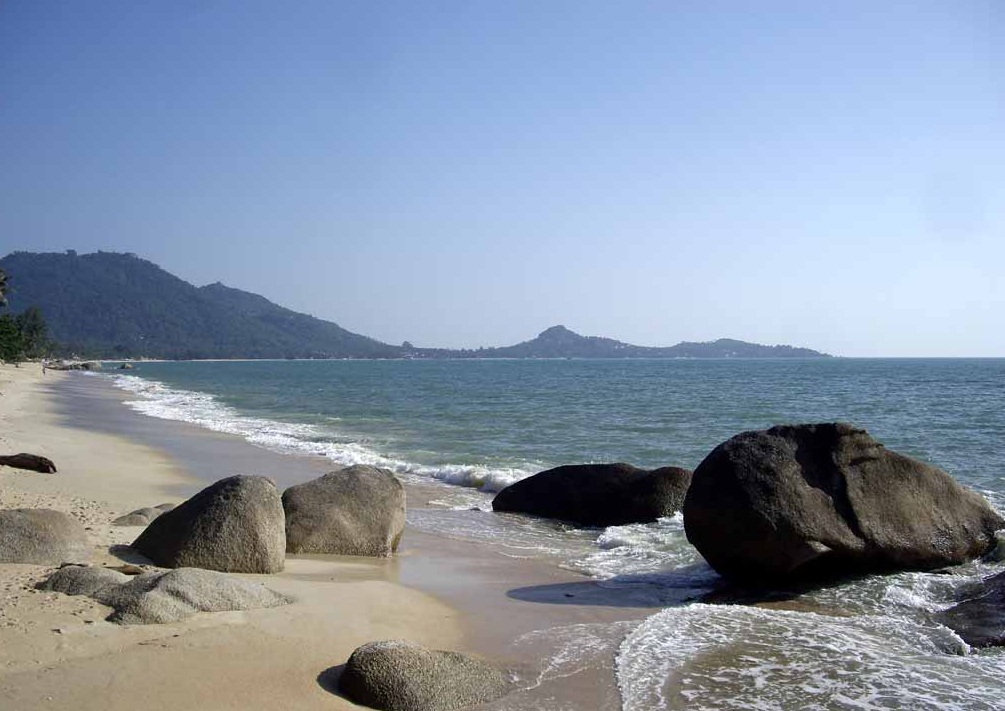 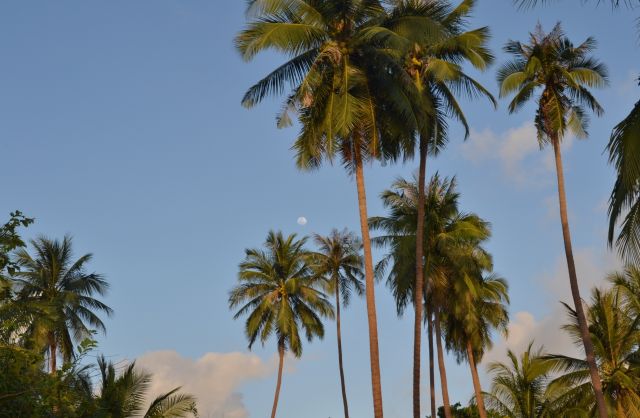