Destinations / The Best Places to Visit in Thailand / Similan Islands


Similan Islands are among the best dive sites in Southeast Asia. They can be compared to the best places for diving in the Maldives, Fiji, Australia and Indonesia. Coral reefs, massive boulders, rich marine life and white beaches with soft sand are so beautiful, that the Diver magazine listed them among the top 10 places in the world for diving.

Diving is the main attraction of these islands. Huge granite boulders, caves form a fascinating underwater landscape attracts a huge variety of marine life, from tiny creatures to great Manta Rays. At 84 km to the north-west of the popular Patong Beach, Phuket town is a gateway to another world. One and a half hour trip by speed boat covered with huge boulders of the island grows in the middle of the huge Andaman Sea. This remote paradise ball seems to grow in the ​​blue sea. Excellent diving in these areas enriches our visitors a new experience of diving in the underwater kingdom reefs. It is not necessarily be a professional diver to appreciate the quiet underwater ballet. The tube and the mask will allow all who wish to get acquainted with the local beauty of the underwater world.

"Similan" is derived from the Malay "Sembilan", and means "nine". Each island has its own name and numbering. Here they are from the north to the south: Koh Huyong, Koh Payan, Koh Miang, Koh Haa, Koh Hok, Koh Payu, Koh Similan , Koh Bangu. In 1982 , the Similan Island received National Park status to defend against the barbarian fishing with dynamite and random mooring of vessels, quickly destroy fragile coral reefs. The measures taken allowed to do away with the application of substantial harm to the environment of the park and greatly improved the situation compared to previous decades. Recently, the National Park was expanded to include two other islands of Koh Bon and Koh Tachai. But, apparently, the number "nine" is firmly engraved in the memory of people, so the last two islands are visited less frequently than the other. Similan Islands are not so pretty impressive when compared with those in the Bay of Phang Nga and Krabi, which many people associate with the Andaman Sea. They are the smallest islands of land, covered with dense forest and thickets. Among the large trees dominate the eucalypts, while zhekfrut, rattan and bamboo form dense thickets. Crab-eating monkeys (monkeys rarely caught the eye of observers), squirrels, bats, lizards and a wide variety of birds (conducted in 1992, research has shown that contains 39 species of birds) live in the forests here.

Some islands are hilly, the height of the highest peak reaches 244 meters above the sea level, while the plains are surrounded by sand dunes and coral reefs. But the most striking feature of these islands are the huge boulders that litter the western and the southern shores of some islands. Another attraction are the beaches of white coral sand, very beautiful and often deserted. Nowhere on the beaches you will not find dirt, mud, or something like that, the sand is very clean, white and soft. The most interesting sights are hidden under water. Here are some of the most spectacular coral thickets in the world and huge boulders strewn along the shore, turned the waters around the islands in the playground for diving.

The area of ​​Similan Islands has more than 200 species of coral with a rich abundance of fish. In terms of the abundance of marine life and bottom topography, there is more diversity than most other places for diving. Visitors can find many interesting things, coral walls, large rocks, large gorgonievye corals, sponges drum, caves, arches and a lot of shallow areas for snorkeling. The water near the Similan Islands complex ecosystem of coral reefs are often called jungles of the sea. There are several factors that are essential for the formation and the existence of coral reefs, the main ones are: high and stable temperature of the water, its purity and transparency and the normal salinity of the sea. All of these factors are present in the Andaman Sea, which is not, for example, in the Gulf of Thailand. In the Andaman Sea, coral reefs are classified as deep (30-40 m) and mid-depth (8-15 ). The deepest reef species found off the coast of Similan Islands.

The territory of the islands can be roughly divided into two parts, each of which has a completely different environment for diving. The west coast is characterized by high velocity flow, the water swirls circling around huge granite boulders, some the size comparable with the major houses. These smooth, rounded boulders formed under water interesting shapes, holes, arches, near which divers enjoy the wealth of marine life. Just look through the clear water of these huge stones in itself is a magnet for many divers, because on this planet, there are very few places with a similar landscape. Growing on boulders colorful corals are so densely covered with these huge pitfalls that the rock surface is almost not visible. The passages between boulders, corals grow to enormous size, often intertwined, so swimming through these thickets is not possible. Diving on the eastern side of the island is completely different from its western part.

Coral reefs gradually go down to about 30-40 meters, with an increase in the depth of the corals are gradually replaced by a sandy bottom. To see the big fish is often possible, though at times you can find tiger, or even whale sharks. The peak tourist season in the Similan Islands, falls from October to May, but to visit them, and diving is possible all the year round. The waters are generally clear in summer and fall, the visibility averages is about 18-25 feet and sometimes exceeds 40 meters! The rainy season starts from mid-May to October. In total there are over 20 dive sites in the Similan Islands, many of which became famous throughout the world.

One of the most spectacular diving in the Similan Islands, begins with a series of large arches at a depth of 24 meters. The growth of soft corals reaches enormous size. Ko Similan This is one of the most popular dive sites with a huge area of ​​the underwater rock formations. The depth varies from 15 to 40 meters. It is home to some types of rays. Beginning in 1999, it was once one of the most beautiful dive sites, the fantastic reef was closed to diving after a significant deterioration of the reefs. Managers of the park officially blamed divers, while the latter argue that the fishing boats without authorization enter the territory of the national park during the rainy season, when tourists in the park are not available.

Perhaps this is the most famous diving spots named in honor of the unusual shape of rocks protruding from the water in the southwestern part of the island. Huge boulders form a natural amphitheater, creating a sense of immersion in a huge aquarium. The Islands are currently closed due to visit the program for the protection and conservation of turtle populations reefs.

Similan Islands can be visited for one day, with the possibility to stop for the night. The islands have no permanent residents, except for the national park rangers. Accommodation is available on the islands of Koh Similan and Ko Miang . Visitors can stay in tents or bungalows provided by Similan National Marine Park, on yachts, designed for diving, or sailing with the possibility of normal night. For a one-day visit to diving low, so it's better to give preference to yachts designed for diving, or boats with the possibility of spending the night in order to practice snorkeling enough to be a day trip. Most visitors are content with a one-day trip to the modern high-speed boat from Phuket Town.

Write your Review on Similan Islands and become the best user of Bestourism.com 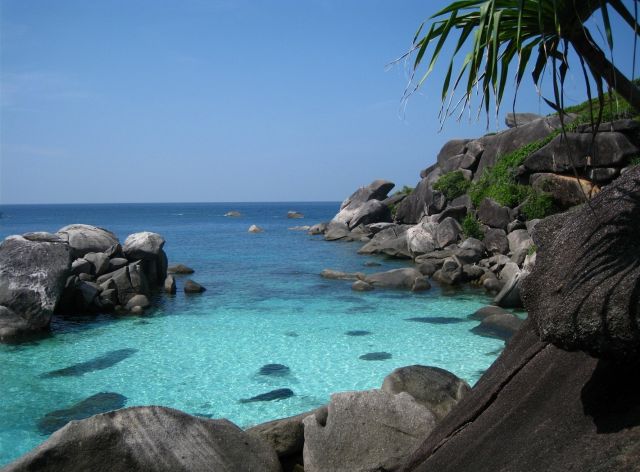 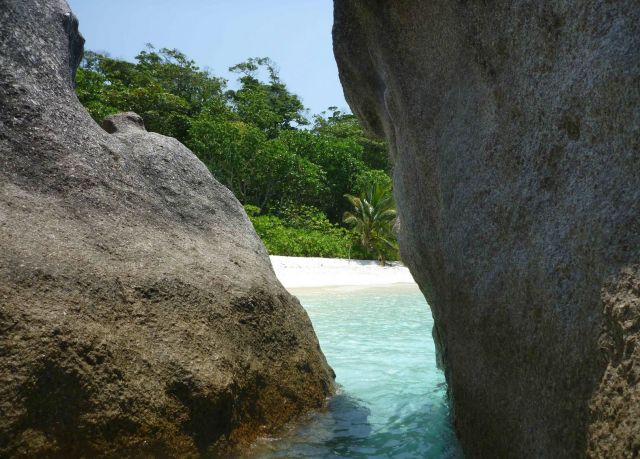 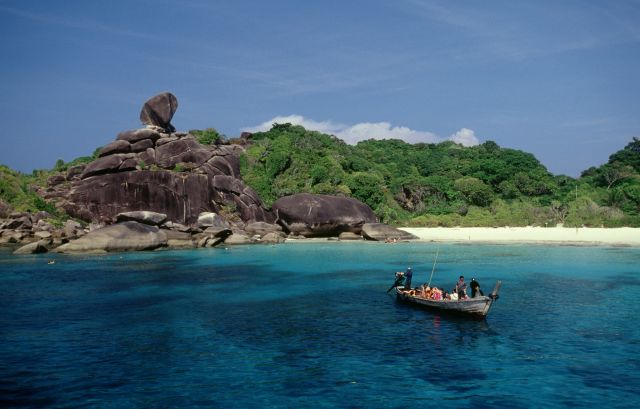 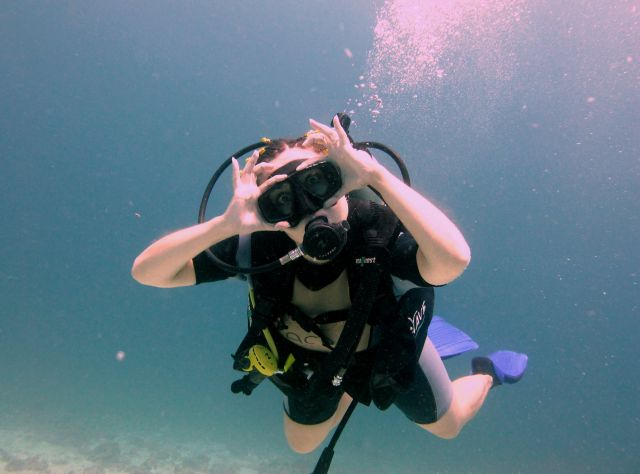 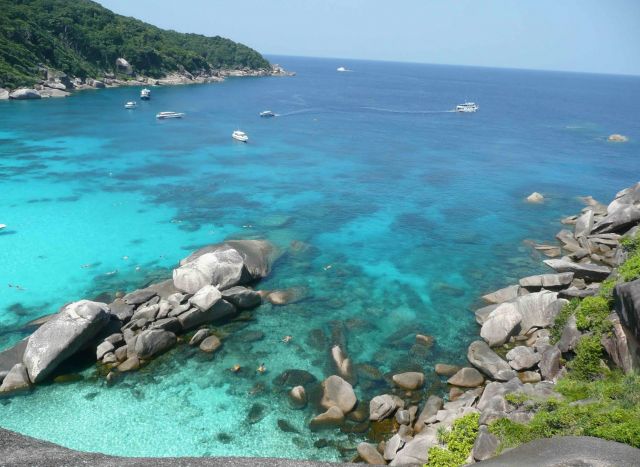 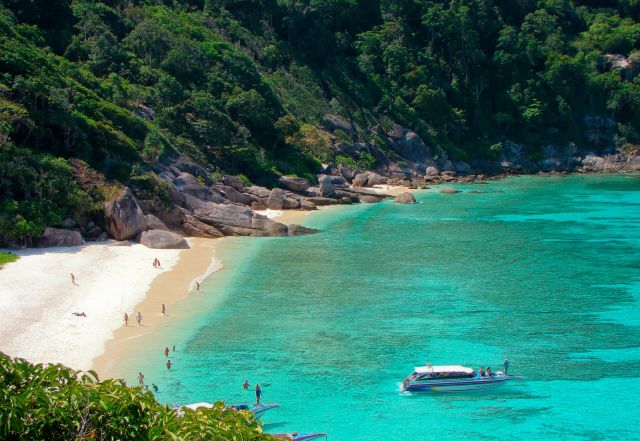