Destinations / The Best Places to Visit in Thailand / Samet Island


It is not hard to guess what fate awaits the island with 14 white sand beaches at a distance of only 220 km from the Thai capital of Bangkok. Located a few hours drive from Bangkok and 30 minutes by ferry sailing from the pier of Ban Phe, Samet Island serves as the perfect place to rest for the people from the town and for the nature lovers who want to enjoy in a relaxed atmosphere, beautiful beaches and inexpensive bungalows. But now things have changed!

Today, the island is still visited by the residents of Thailand, coming straight from work on Friday night to get a supply of energy for the next week and many fans of eco-tourism. A number of upscale resorts and villas for holiday makers from all over the world have been bulit lately. Samet is rival with the famous Thai resorts of Phuket and Samui , but in this case, it has two main advantages: it is only two hours drive from Bangkok, and more important, it is less crowded. Calm, partly because of the lack of any major tourist attractions it attracts Thai and foreign tourists. But it was not always the case. Until recently, if you are using Internet search engines looking for suitable accommodation, the majority of the results offered cheap and inexpensive meals. All that remains, especially in the northern part, but the island itself is now much better known for its world-class hotels and resorts. Still, most visitors make Bangkok residents and tourists wishing to enjoy the beautiful and the clean beaches in the modern resorts on the coast. Samet, along with nearby small islands is one of 96 national parks in Thailand. The nature here is so beautiful and unique, that the Royal Forestry Department in 1981 decided to include this island in the national park to protect wildlife. Tourism and hotel construction is permitted, with some geographical limitations. Because the island is part of the national park, foreign tourists have to pay 400 baht.

Samet has very beautiful beaches, but a minimum of nightlife, bars and discos. The island is located about seven kilometers from the mainland and the local beaches are considered among the best in Thailand (along with Krabi ). The sand of many of these beaches are so shallow, soft and white that can be compared with flour. On the island there are several small roads in pretty bad shape, some areas are composed of ordinary dirt road. To explore the island, you can use songteo (pickup with two benches behind), or rent a bike. Motorcycles is best to rent only in hotels with a good reputation. Most of the resorts are located along the beaches on the east coast. It is better to arrive on the island as early as possible in order to have more choices. The peak tourist season on Samet falls on the period from November to February, so finding affordable housing in this period of time is a very difficult task.

One of the biggest advantages of Samet is due to its shape, it does not have strong currents and you can safely swim in any of the beaches of the island. In addition, when in Thailand the rainy season begins from June to October, precipitation falls here quite a bit. Samet is the only island in Thailand, where the predominant sunny weather is during the rainy season. A little pompous, the island can be described as the most "dry archipelago of Thailand." On weekends and holidays Samet is a popular holiday destination for visitors to Bangkok. Visiting the same island in the week, the quiet atmosphere reigns and you will have a better chance to understand what attracted the first tourists here a few decades ago. Accommodation at weekends and during the season of greatest influx of visitors is not quite cheap (prices go up twice.) So on weekends and holidays it is best to refrain from visiting when is great influx of tourists, this island turns into something like a bee hive. Hilly inland areas are covered mostly by jungle and leisure visitors are concentrated mainly around the beaches.

The coast of Samet is surrounded by beautiful coral reefs, beaches have soft white sand, gently curving coastline and warm tropical waters, which are famous in Thailand. Because the island is close to the mainland, the water is not crystal clear. Beaches of Thailand are one of the main reasons why so many people choose this country for a vacation every year. Beaches in the east and north-east of Samet are the most beautiful, popular and visited. The beaches on the south side of the island are less frequently visited.

Hat Sai Kaeo length of a mile and 25 - 30 meters wide, is one of the most beautiful and popular beaches on the island of Samet. From dusk to dawn, visitors can enjoy swimming, diving, water skiing, windsurfing, banana boat, snorkeling along the islands by boat or beach parties at night. Here, you can just walk along the coast from the beach to the beach, as they all differ from each other and somewhat different atmosphere prevails. In the afternoon you can walk on the west side of the island and watch the beautiful sunset. If you want to avoid a large number of tourists on the weekends, it's best to go in its southern part when the beaches are much less crowded! The absence of neon-lit go-go bars and discos are distinguished by Samet , Pattaya , Phuket and Koh Samui. Although minor, there is evening entertainment for tourists. They offer a number of cozy bars along the most popular beaches on the island, especially on weekends. Delicious cuisine is also an important factor in attracting tourists.

Samet Island is better known by the people of Thailand's most famous epic poem "Pra Apaymani" written by the poet Suntona Pu. Sunton Pu is considered one of the most influential poets of Thailand. In the poem "Pra Apaymani" a mermaid saves the life of Prince Apaymani and brings him to the island of Samet. A statue that illustrates this drama is set on the cliffs near the beach of Ao Hin Khok.

A few kilometers from the coast are small islands of Samet Koh Talu and Koh Kood, considered one of the best diving spots in the area, with beautiful coral reefs, turtles, stingrays, schools of tropical fish. On the islands there are several good bays, beautiful beaches with white sand. Fire show is a very popular form of entertainment for tourists. Young Thais juggle flaming torches demonstrates its mastery. The show is held on the beach Hat Sai Kaeo, as well as in the famous restaurant of the island Ploy Thalee (twice, about 20:30 and 22:30). Samet is not a shopping mecca. There are a number of small shops selling mostly souvenirs. In the northern part of the island is Turtle Nursery. It is possible to see several species of turtles, grown here in order to let them back into the sea.

Write your Review on Samet Island and become the best user of Bestourism.com 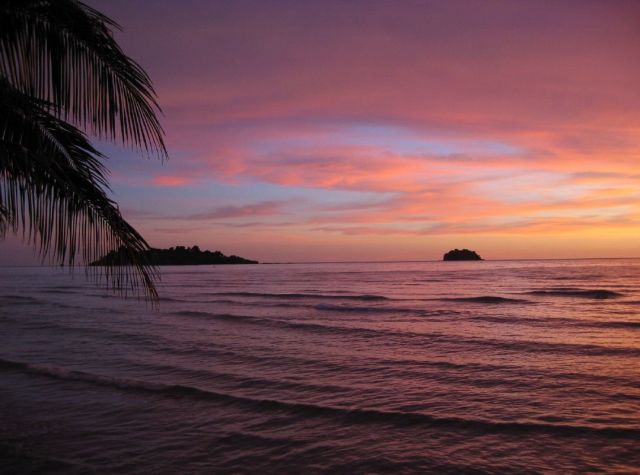 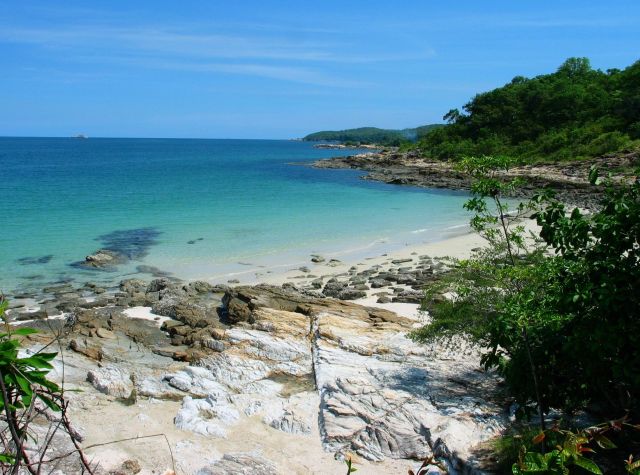 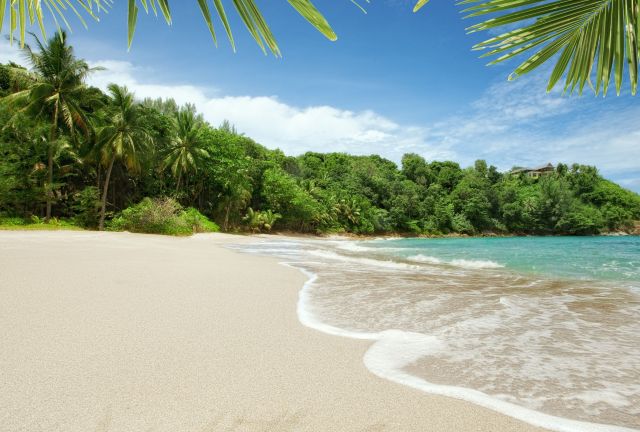 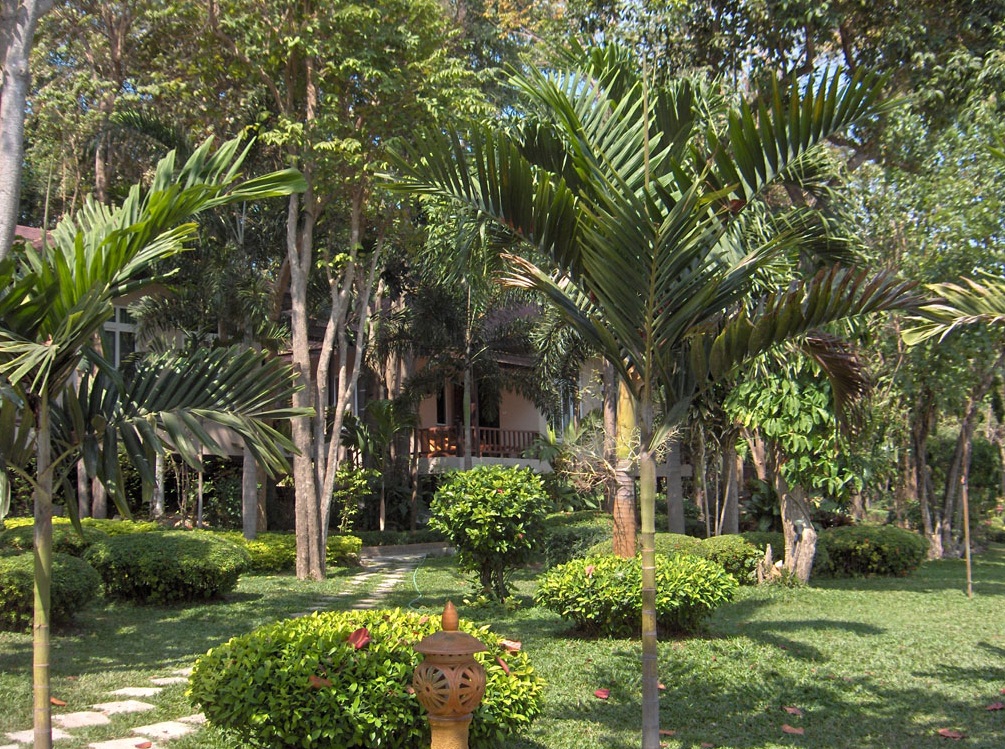