What is needed to create a world-famous tourist attraction on the world map? Beautiful beaches, crystal clear waters, mild climate? Not at all ... It is best suited for this purpose shooting a movie with ​​the world famous actor James Bond ! In 1974 in the Bay of Phang Nga Bay were shot the films "The Man with the Golden Gun", which is the most memorable of all three factors: weapons (made of gold), an enemy of the human race (Scaramanga), and the unusual forms of a small island, near which Scaramanga kept their secret weapon.

This beautifully shaped island is officially called Koh Tapu, but worldwide it is known as James Bond Island, which became one of the most popular tourist attractions in Thailand. This is not only due to stunning scenery, gorgeous beaches and beautiful weather, the name which it received was due to cinema. Phang Nga Bay , with its unusual and very beautiful islands was virtually unknown to the world, until 1974 when the famous British actor Roger Moore came here, George (known to us all, as James Bond) for the filming of "The Man with the Golden Gun " . The mission 007 was as follows: to find and neutralize a professional assassin Scaramanga, who pays $ 1 million to kill people with a pistol with gold bullets. James Bond discovered Scaramanga on an island in the Bay of Phang Nga, where the bad guy was hiding laser weapons - that George Bush would call "weapons of mass destruction " to use for terrorist purposes.

Having received worldwide fame after the film to the screen, in this part of Thailand flew numerous tourists to their own eyes to see the island where the second most successful movie series in history were shot (series of 007 James Bond earned more than $ 5 billion, giving the palm championship only to Harry Potter). Since then, James Bond Island, took the place of honor on the tourist map of Thailand. Tour operators in Thailand had no rest from those wishing to visit the most famous part of the bay of Phang Nga , where tourists can take a picture, posing as a man with the golden gun against the backdrop of the island of James Bond. In fact, there are two islands located close to each other, which challenged each other's name, James Bond Island. The first of these is the official name of Kao Pinkan (Khao Phing Kan), which means " The Island of the mountain slope."

Pinkan Kao is the island, where the final scene of the James Bond movie was filmed. It has the shape of a butterfly and, in fact, consists of two forested islands with steep cliffs, connected by a sandy isthmus. Its name was received due to a huge cliff, which is slightly tilted toward the other rocks. The island has several caves and two sandy beaches - in the south-west and in the isthmus between the islands. During the tidal, the water rises to 2-3 meters, so that a large part of the beach goes under water and the access to some of the caves is possible only during low tides. The north side of the beach offers a huge crack in the rock, as is shown in the film. Kao Pinkan is located in the north-western part of Phang Nga Bay, six kilometers from the mainland, among a group of 42 other islands. The only way to get there is by boat (unless you have a light amphibious aircraft the Republic RC-3 Seabee, as well as the famous agent 007 James Bond). Customers sailing to the James Bond Island use high-speed motor boats, landed at the pier a few minutes' walk from the beach, but those who use a boat or a kayak, go right on the beach shore. Most tourists find the time on the island of Khao Pinkan limited. As a general rule, the stay of a tour does not exceed 30 minutes, after which the tourists must leave it and in their place comes another group of visitors and like this the whole day.

Most visitors arrive at Khao Pinkan with a single purpose: to see the well-known character, embodied in the James Bond film. It is not located on the island of Khao Pinkan but 40 meters to the west of it. This is another island also known as James Bond Island, which is the most iconic and a well-recognized rock around Thailand. Rising from the sea like a wedge, it is much less than the Kao Pinkan. The height of the rock is about 20 meters in diameter at the base of 4 m and 8 m at the top. It is not surprising that his Thai name Ko Tapu (Koh Tapu) is literally translated as the "nail", "wedge" or "rod" island that reflects its actual form .

A local legend explains the formation of the island of Koh Tapu as follows. Once upon a time lived a fisherman, who, usually, each time brought home a lot of fish. But the day came when he could not catch a fish. Despite all his many attempts, he managed to get only a rusty nail in his network. Every time he threw the nail into the sea, he caught it back again. In a rage, he took his knife and cut the nail in half. The blow half the nail jumped into the sea and stuck to the bottom of the sea, where it remained until today in the form of Ko Tapu.

The scientific version of the form Ko Tapu says the following. During the Permian in this area was a barrier reef. The tectonic movements of the earth's crust split and raised its parts and then flooded the aspiring sea level. The wind, the waves, the water flew the ebb and the flow slowly caused the erosion of the islands, forming unusual and peculiar forms, examples of which we can see on Koh Tapu. The erosion of the tides is especially visible at the bottom of the cliff. Scaramanga Pinkan Kao and Koh Tapu are located close now and are often referred to as the islands of James Bond by the locals and the tourist guides. Until 1974 the island of Khao Pinkan was rarely visited even by the local residents. The remote and the unknown paradise from the time of filming, till now on is flooded with tourists who cross the road 86 km by bus from the nearest major city of Phuket and then make a short trip by boat or a boat to see the "James Bond Island". It became the most photographed object in the entire territory of Phang Nga Bay, although there are many other beautiful islands.

James Bond Island became the most famous tourist attraction created in 1981 by the Marine National Park, Phang Nga. Since 1998, a ban was led for the approaching boats. This measure aims to minimize the erosion of the limestone rocks of the island, which can eventually lead to its destruction. The experts were scratching their heads over how to strengthen the foundation for a tiny rock in order to save one of the most beautiful natural attractions of Thailand - Koh Tapu, which the vast majority of tourists continue to call the James Bond Island and recently was considered a true island.

Write your Review on James Bond Island - a popular attraction in Thailand and become the best user of Bestourism.com

Maps of James Bond Island - a popular attraction in Thailand 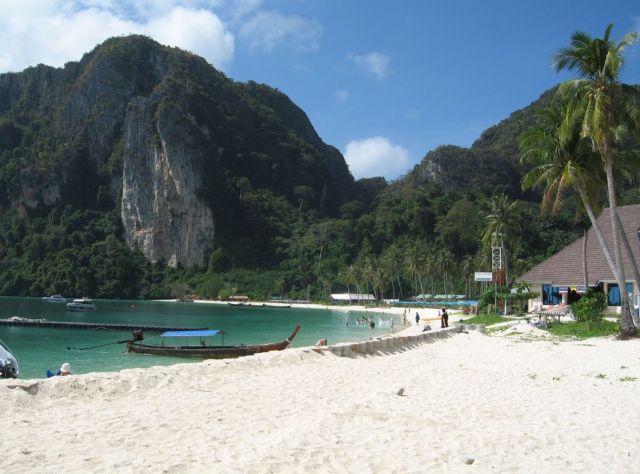 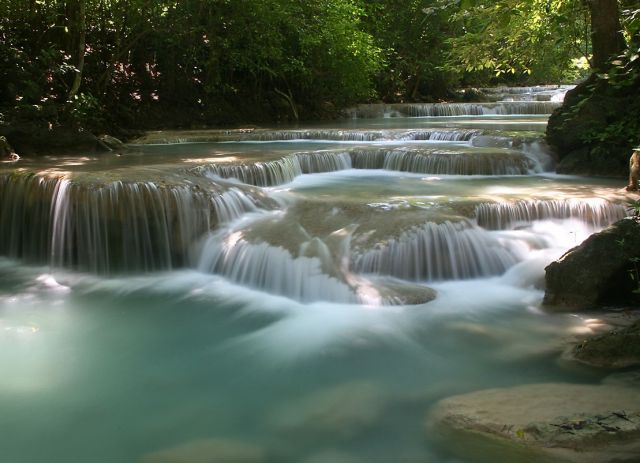 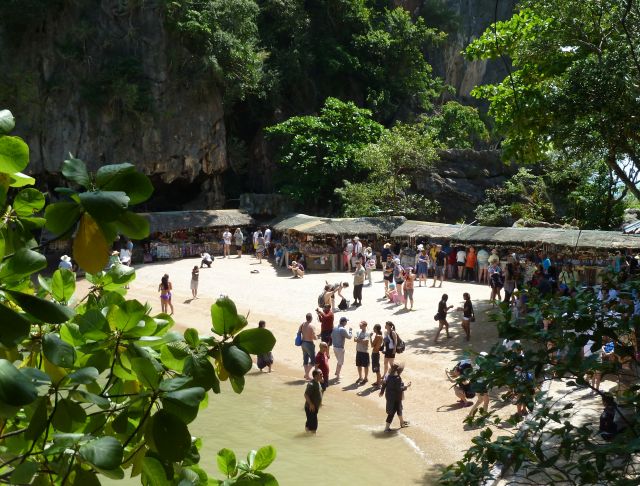 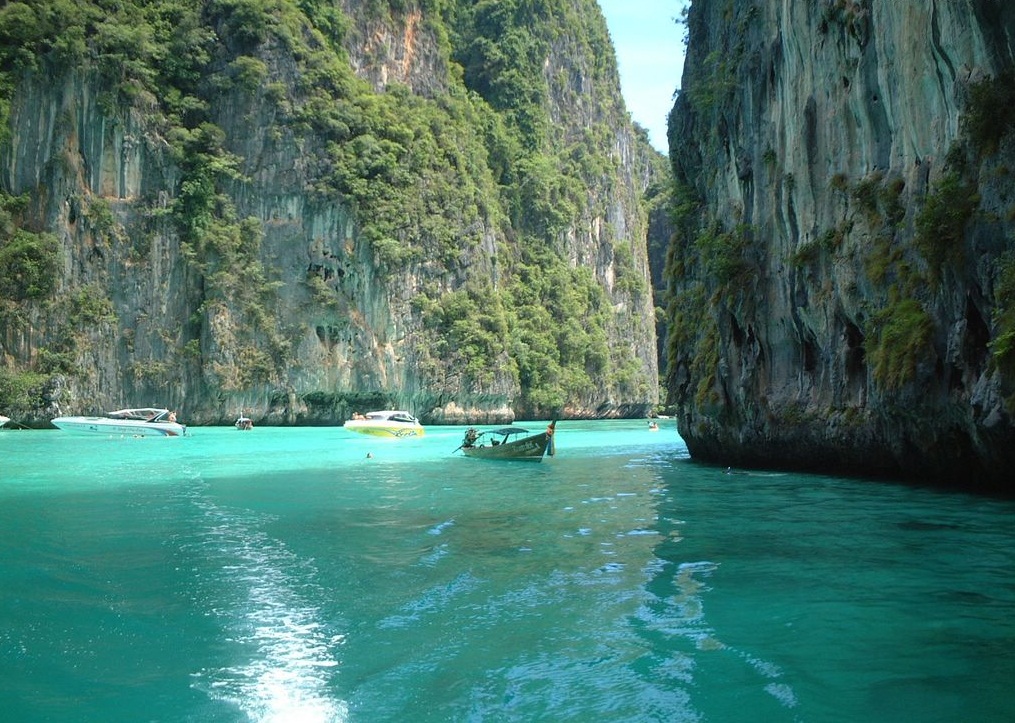 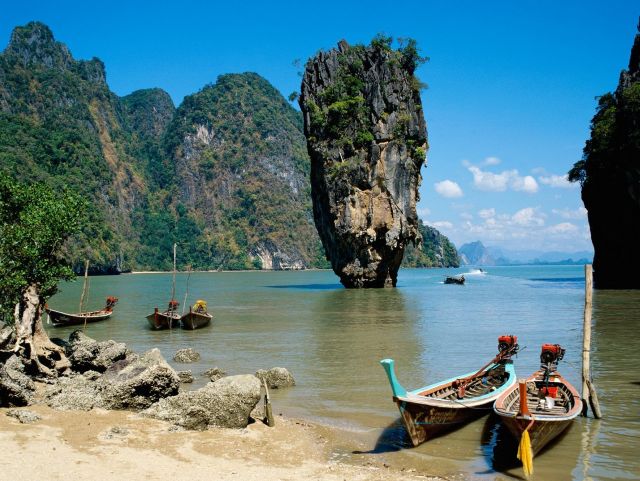 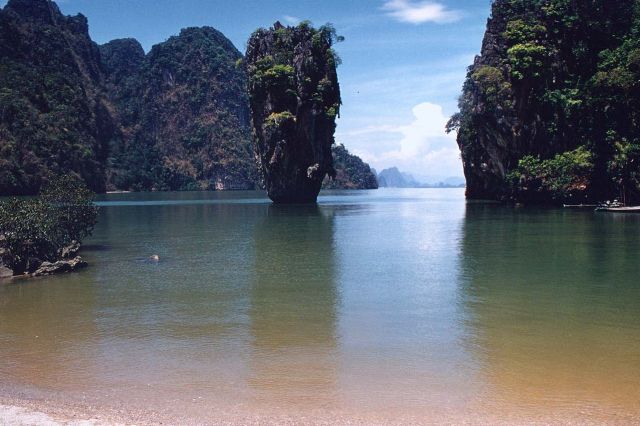