Calcutta - A beautiful city of India


Beautiful and squalid, cultural and vile, Calcutta belongs to the category of cities in India that fascinate and amaze at once. The intellectual and the cultural capital of India showed the world famous Indian poets, writers, producers and Nobel Prize winners. Dozens of places in the city are Bengali dance, poetry, art, music, film and theater. This third largest city in India has long been associated with images of human suffering to most Westerners. Extreme poverty is closely adjacent to the monuments of British colonial architecture, the vast majority of which are in poor condition. After losing the status of the political center of India in 1911, the painful division of the country in 1947, the flow of refugees from Indo-Pakistan War (1971), Calcutta has become synonymous with decadence and poverty. Having visited India, do not hesitate to include the possibility of Calcutta in the route of its travels. Experiencing disgust and admiration for the city on the river Hooghly you will never forget.

During the years of its history, Calcutta has acquired many names: The City of Palaces, The Black Hole, the British Empire Cemetery, The Pearl of the Orient. In 2001, Calcutta was named the new official name - Kolkata. In the story rarely happens that a city so badly abuses and denounces its famous visitors. The French anthropologist Claude Levi-Strauss once called Calcutta "the place of all that is hated in the world." The American film director Woody Allen said, "there are no 100 listed diseases." The winner of the Nobel Prize for Literature Vidiadhar Suradzhprasad Naipaul said: "I do not know another city which fate would be so hopeless." His German colleague, also a Nobel laureate Guenter Grass, having lived in the town for a few months, went even further and came up with the worst insult of all: "It's a lot of garbage thrown out by God." Even the former Prime Minister Rajiv Gandhi of India called Calcutta "a dying city" and wished that it had simply disappeared from the earth.

Calcutta was the first patron of Kali, one of the most revered deities in Hinduism. It is often depicted nude, with four arms and dark skin. Its face twisted grimace. Hypnotic and piercing third eye located on the forehead. It wears a necklace of heads of men. Believers know that the goddess of destruction should not be taken lightly. According to the Hindu legend, it is fearless in the face of death and consciously chose to die in the fire. Distraught by the loss of its wife, Shiva performed the dance of a horrible death and the earth trembled. In order to prevent irreparable, Vishnu threw a magic disc, Kali's body split into 52 pieces and fell to Earth. The little finger of his right foot touched down near the river Hooghly.

Durga Puja is the most important and solemn event in Calcutta. During the festival, the city installs more than two thousand pandals (temporary buildings), in which there are celebrations and gifts of the goddess Durga. The city is decorated with lights. People from across the country tend to visit Calcutta at this time, every night is a continuous carnival, which is attended by the residents of the city with their families, friends and strangers. Traffic stops, most people abandon their cars and walk on foot. They organize competitions for the most beautiful Pandal. Durga Puja in Kolkata is often called the Rio Carnival of Eastern Hemisphere. Usually, the festival takes place in October, but may fall in September or November, depending on the traditional calendar. The city-dwellers have always been great thinkers.

Kolkata boasts with the writer Rabindranath Tagore (the first winner of the Nobel Prize in Asia among non-Europeans), the great Indian filmmaker Satyajit Ray, another Nobel laureate in economics Amartya Sen (1998). As the former capital of India, it is the birthplace of modern Indian literature and art. For these reasons, it is often called the cultural and the literary capital of India. Calcutta has another hero Subhas Chandra Bose. Fighting against England during the World War II, Bose was one of the most prominent leaders of Indian independence movement and a legendary figure in contemporary India. The town has a museum-gallery with a rich collection of photographs depicting, including, a handshake Chandra Bose and Hitler in 1942. In the struggle against the British, Subhas Chandra Bose sought help wherever he could get it. Especially proud of the inhabitants of the city is Independence Square - a huge public park in the center of Calcutta, 3 km long and 1 km wide. For shutters on the beach there is Marina Beach in Chennai . Once Independence had many statues of the British governor-generals and other prominent personalities of the British Raj. After 1947, gradually, they were removed and their places were taken by well-known fighters for the independence of India and government officials. In honor of the centenary of the birth of Vladimir Lenin, the park has installed its statue. Residents of Kolkata are proud of their park. On its vast area there are several football stadiums, golf clubs, cricket grounds, race courses, Victoria Memorial, Fort William. The park is a popular holiday destination of citizens, political rallies and parades, washing clothes in ponds and grazing. In terms of weather, it is best to go to Calcutta in winter (November-February), when the maximum daytime temperature in the range of 27 ° C. Beginning in late June rains bring relief from the heat, but usually this time of year rains turn the streets into swamps and rivers.

The Memorial is dedicated to Victoria, Queen of Great Britain and Empress of India. The stone of the monument was laid in 1906 and the grand opening was held in 1921. Victoria Memorial is intended to serve as a testimony to the success of the British colonial rule in India. The money for the construction of the building was given by the Indian states, as well as the individuals who wished to receive certain preferences from the British government. The huge Victoria Memorial is located in the center of a vast park . A popular tourist attraction in Kolkata currently serves as a museum, which has a large collection of memorabilia related to Queen Victoria and the British presence in India, portraits and relics connected with the Indian independence.

The Tipu Sultan Shahi Mosque is the most famous mosque in Calcutta. The building was built in 1832 by Prince Ghulam Mohammed, the youngest son of Tipu Sultan, known as "The Tiger of Mysore ". People of all spheres of life and religion can go to the mosque and be photographed next to the historic building.

The construction of the cathedral was completed in 1847. It pleases the eyes with beautiful architecture and wall painting. The interior walls are covered with floral patterns.

The Supreme Court of Calcutta, High Court is the oldest in India. The Supreme Court building in the Gothic Revival style was built in 1872 along the lines of the House of clothiers Ypres, a large Gothic building of the 13th century in Ypres, Belgium.

The Marble Palace is one of the best preserved and most elegant buildings of the nineteenth century of Calcutta. The mansion is famous for its marble walls and floors, from where its name was. The entrance to the Marble Palace is free, but you must obtain permission from the Tourist Information Office in West Bengal.

Nakhoda Mosque is the main mosque of Calcutta. Built in 1926, its design is reminiscent of the mausoleum of Mughal emperor Akbar in Agra.

The Portuguese Church in Calcutta, dates since the 1799 year. It was built in a typical Catholic style, with beautifully decorated triangular gables and two turrets on the sides.

Belur Math is the location of the Company and the Ramakrishna Mission, founded by the prominent Indian philosopher Swami Vivekananda. The temple is notable for its architecture, which combines Hindu, Christian and Islamic traits as a symbol of unity of all religions. Jain temple complex The Jain Temple Complex of Calcutta is one of the most popular attractions. Built in 1867, the special beauty of the temple is attached to stained glass, colored stones and mirrors. The complex consists of four different churches and parks.

The Indian Museum in Calcutta is the largest museum in India, whose exhibits include rare collections of antiques, weapons, jewelry, Mughal painting. Founded in 1814, it consists of six sections, separated by thirty-five galleries. This is one of the oldest museums in the world and the first of its kind in Asia.

The Temple of Kali

Kali is a Hindu temple at Dakshineswar near Calcutta. The temple was built in 1855. A significant part of life in it had Ramakrishna, the famous Hindu preacher, one of the most revered religious figures in India.

Write your Review on Calcutta - A beautiful city of India and become the best user of Bestourism.com

Maps of Calcutta - A beautiful city of India 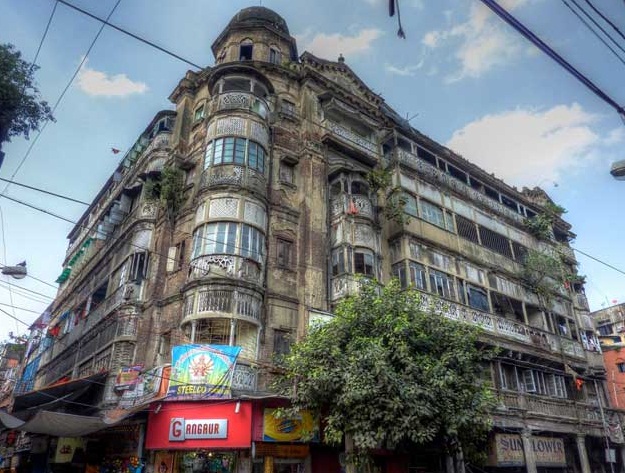 Calcutta - A beautiful city of India - Cultural capital of India 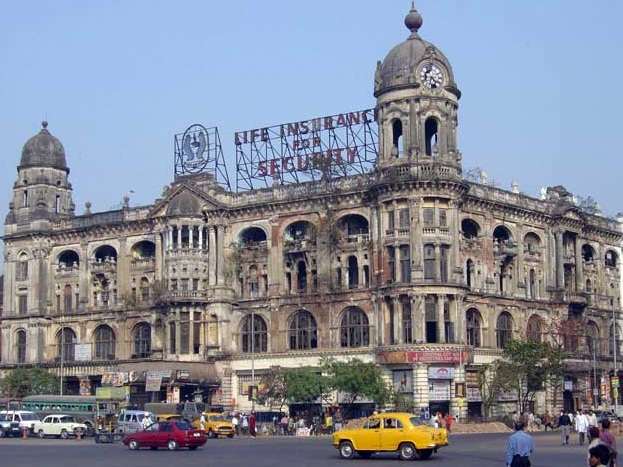 Calcutta - A beautiful city of India - The Pearl of the Orient 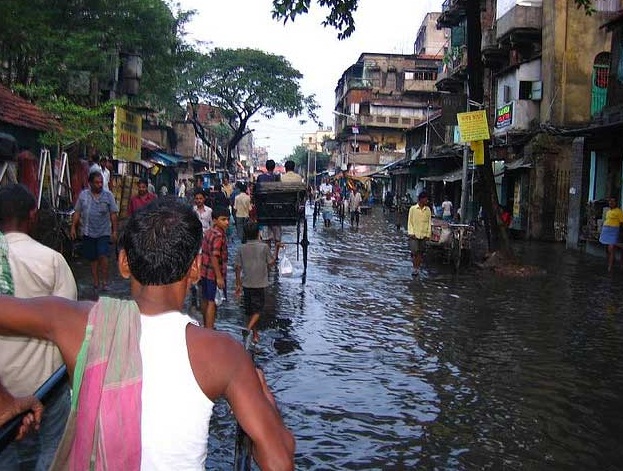 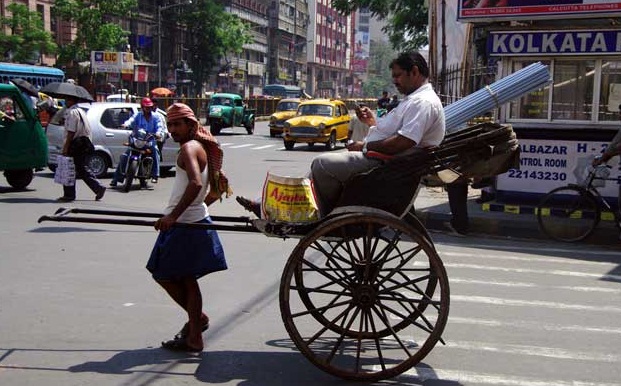 Calcutta - A beautiful city of India - Means of transport 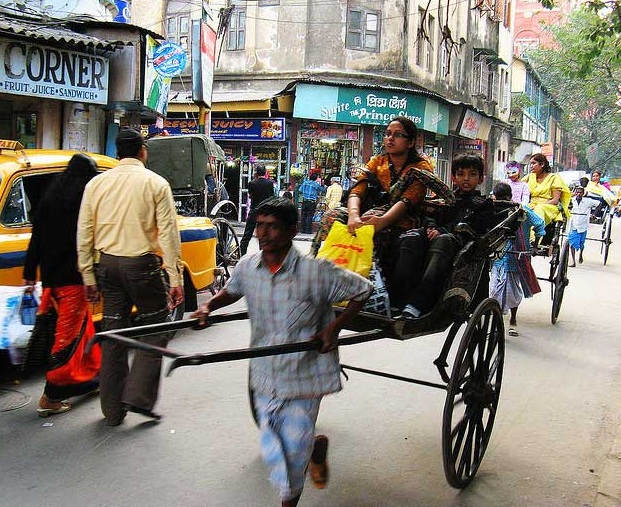 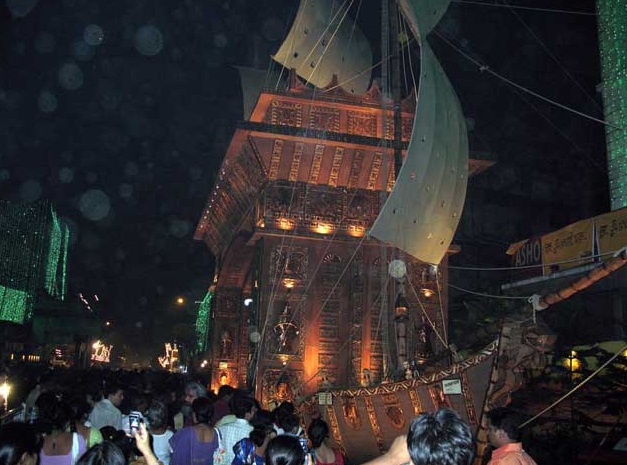 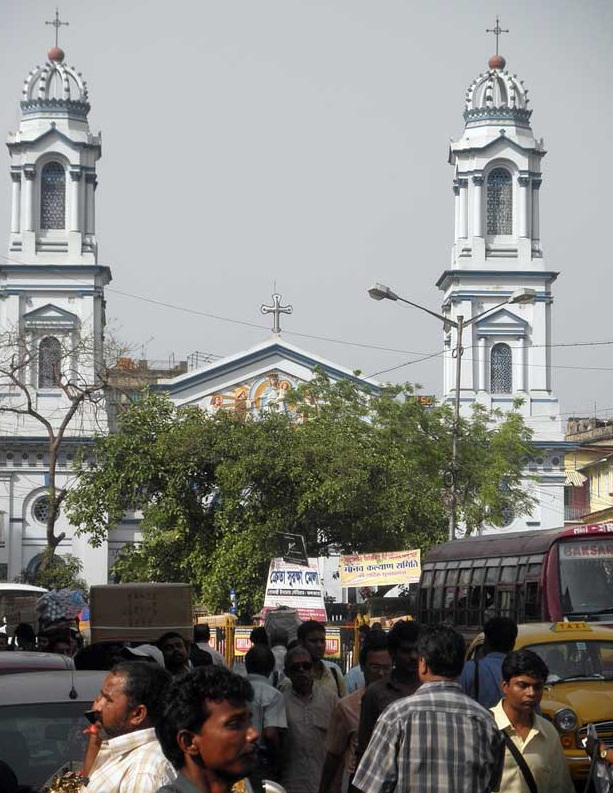 Calcutta - A beautiful city of India - The Portuguese Church 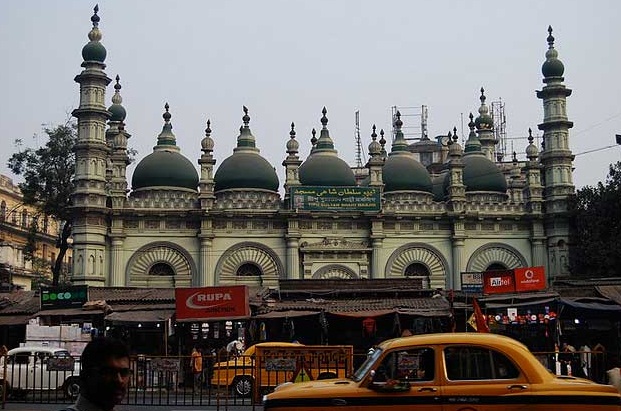 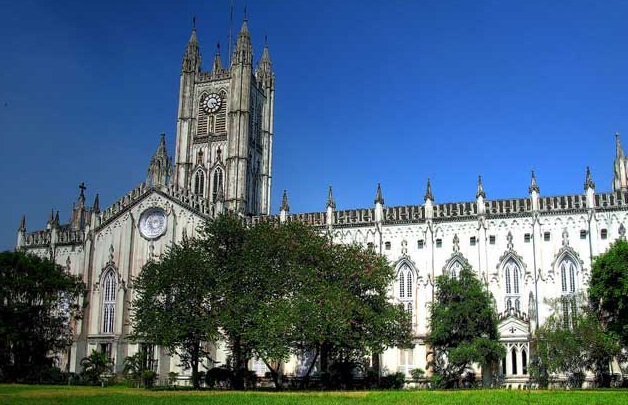 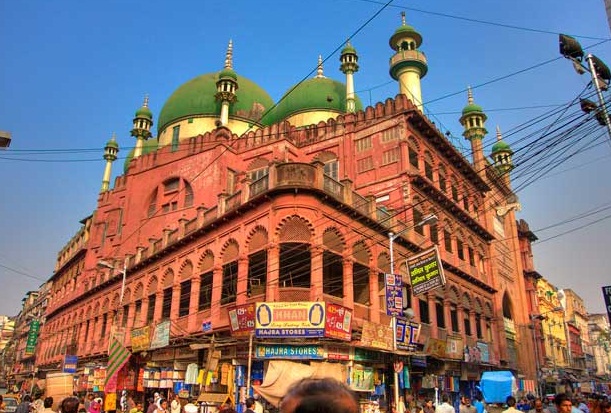 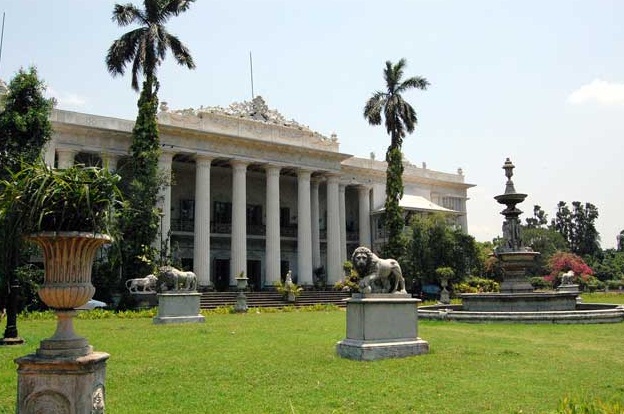 Calcutta - A beautiful city of India - The Marble Palace 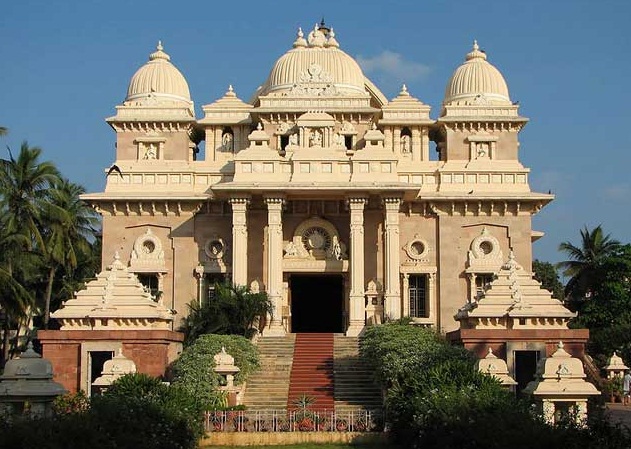 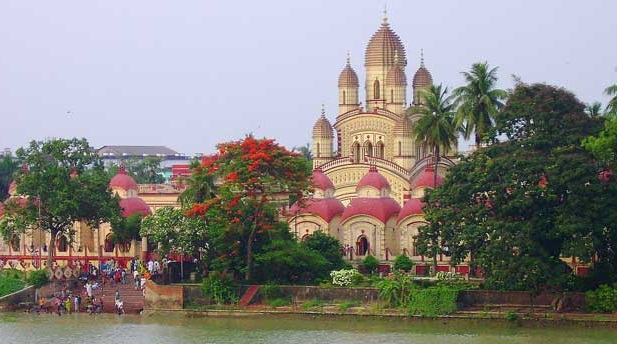 Calcutta - A beautiful city of India - The Temple of Kali 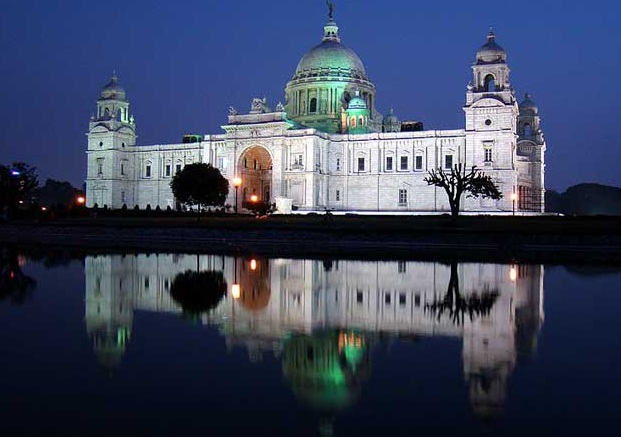 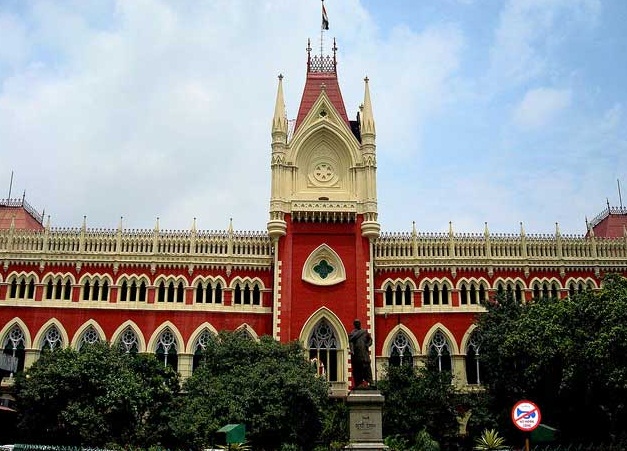 Calcutta - A beautiful city of India - The High Court 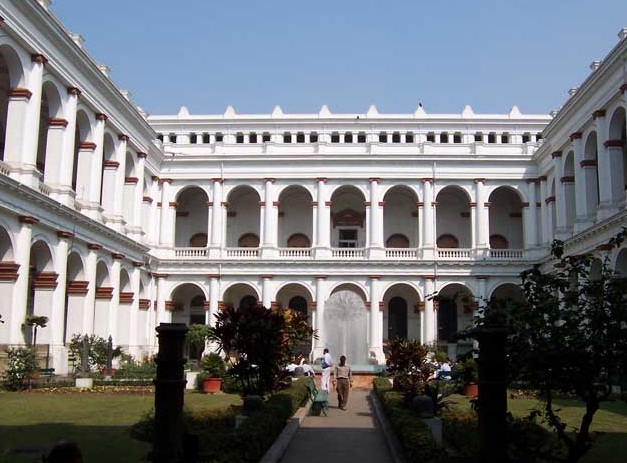 Calcutta - A beautiful city of India - The Indian Museum 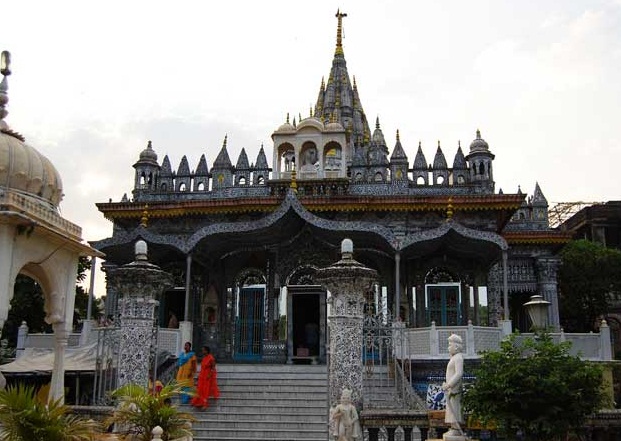 Calcutta - A beautiful city of India - The Jain Temple