Destinations / The Best Places to Visit in Calabria, Italy / Gerace


Gerace is a medieval town in Calabria ( the province of Reggio Calabria ), part of the club, "The most beautiful towns in Italy . " Gerace is located at an altitude of 1,500 feet above the sea level, overlooking the picturesque city of neighborhoods. Gerace was founded in the V century BC by the Greeks who had fled from Locri who destroyed the Saracens. According to the legend, the place of founding of the city had a hawk - Ierax in Greek which gave the name of the city.

Hawk emblem adorns the city. In Byzantine times it became the capital of the region Gerace. In the X century a citadel which reflects the many defenders attack of the Arabs was built. But in the end Gerace fell into the hands of Arabs, though not for long. After the City won the Norman Robert Guiscard warrior, Gerace again became Byzantine. At this time the city was rich and prosperous. On its territory 79 churches were housed and only a few survived till now. Gerace was also one of the most fortified cities in the south of Italy , at the highest point of the city was built a magnificent castle. In Gerace was one memorable occasion. The two famous brothers, Robert and Roger Normans had a disagreement with the separation of the Calabrian earth. Gerace believed their ruler Roger, though the Greeks were loyal to Robert. In the midst of a dispute, Robert besieged his favorite Roger Millet, Roger slipped out of the town and got to Gerace seeking reinforcements. But Robert ran after him and was furious when the city gates shut in his face. Robert still managed to get into Gerace, a hood covering his face. But, unfortunately, the servant of Robert, Basil found him and betrayed him. Robert Guiscard immediately seized and Basil and his wife were killed. In spite of the quarrel, the brothers loved and respected each other and did not want to cause harm. Therefore, the area outside the gates of the city was the place for the meeting of the two brothers, they hugged each other and resolved the conflict. And the area is still called piazza del Tocco - the contact area. Gerace remained Byzantine until late Middle Ages. Then Gerace was ruled by Shvebsk and Anjou dynasties. In the XIX century Gerace was part of Italy .

What to See in Gerace

Like all the southern cities of Italy, Gerace was often subjected to earthquakes, however, many old buildings have survived and the center of the city preserved the spirit of the medieval, narrow streets, palaces and churches. In the XV century in Gerace were about 100 churches, now there are far fewer of them: the Cathedral in Norman-Gothic style is the largest church in Calabria (the size of 75 m in length and 25 m in width). The Cathedral was consecrated twice in 1045 and 1222 in the presence of Frederick II. The Council consists of two parts: the crypt and the upper basilica. The Greco-Byzantine crypt is the oldest part of the cathedral, the crypt was originally in the form of a "T", but later were added to two chapels. The upper church is a huge building, divided into three naves 20 columns. In the cathedral were kept many ancient treasures: the crucifixion of the XII century. It is decorated with sapphires and emeralds, according to the legend, a gift of Roger II, a silver pitcher of the XVII century and a statue of the Virgin Mary and Child XIV century. From the Cathedral Square with easy access to the Three Churches (Piazza delle Tre Chiese), which in line with the title, are three churches: The church of San Francesco (Chiesa di San Francesco) is one of the most important and significant churches of southern Italy . The church was built in the late XIII - XIV centuries. This is quite a simple form of construction in the Gothic style. Worthy of attention is the Baroque altar and the lancet arch of triumph of the inlaid marble (1664). The church is the sarcophagus of Fulk Ruffo of Calabria (1374). The church of San Francesco is adjacent to the Monastery of San Giovanni Crisostomo. Now here is a small museum. Another church in the area is the Byzantine Church of San Giovannelli (Chiesetta di San Giovannello). A small single nave church of stone and brick, dating from the X-XI centuries and erected in X century is the convent of San Giovanni Crisostomo. It is a typical example of Byzantine architecture. The church was decorated with frescoes, from which only traces now remained. The church of San Martino (Chiesa di San Martino) was built in 1783 on the site of an ancient Byzantine church, which was damaged in an earthquake. Near the church is a small Byzantine necropolis. Well preserved is the Byzantine church Nundziatella (Chiesa della Nunziatella), also called the church of San Teodoro. It is a small cross in the building. Within a nave and two small niches you can see traces of Byzantine frescoes. Near the church was a monastery, but after an earthquake in 1783 the monastery was completely destroyed and the church suffered in part. Another Byzantine Church of San Nicolas del Cofino (Chiesa di San Nicola del Cofino). During the archaeological excavations there have revealed tombs and medieval coins dating from the XV-XVI centuries.

In addition, there are a number of churches in Gerace since the XVIII and XIX centuries:

The Church of San Martino (Chiesa di San Martino) was built in 1783 on the site of an ancient Byzantine church, which was damaged by an earthquake. Near the church is a small Byzantine necropolis.

Write your Review on Gerace and become the best user of Bestourism.com 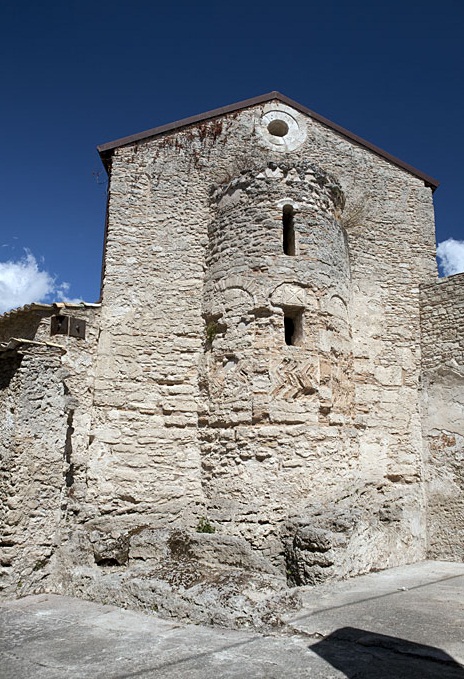 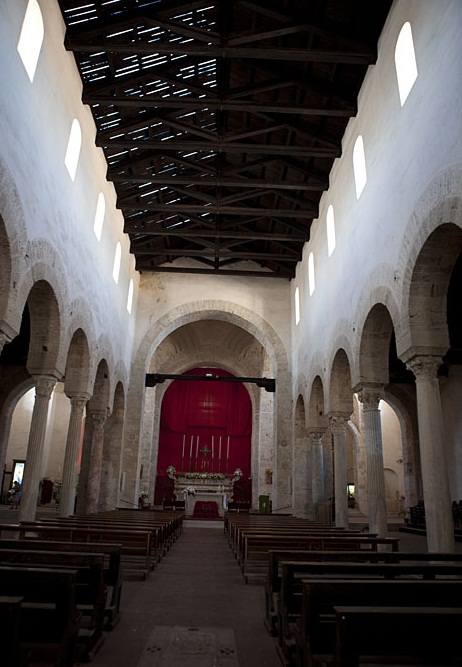 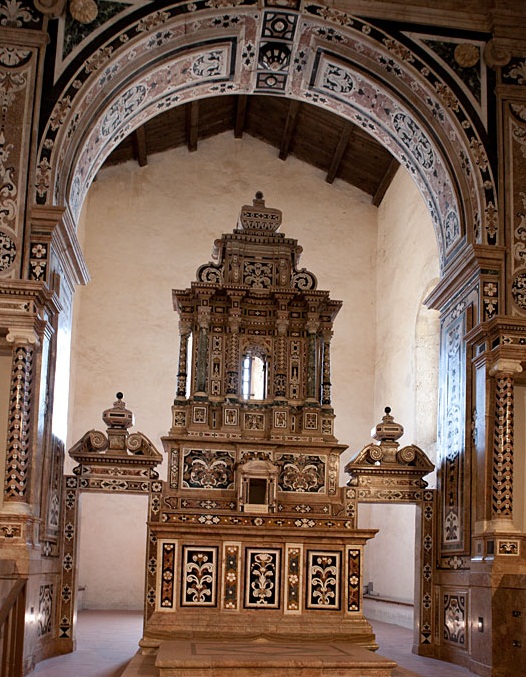 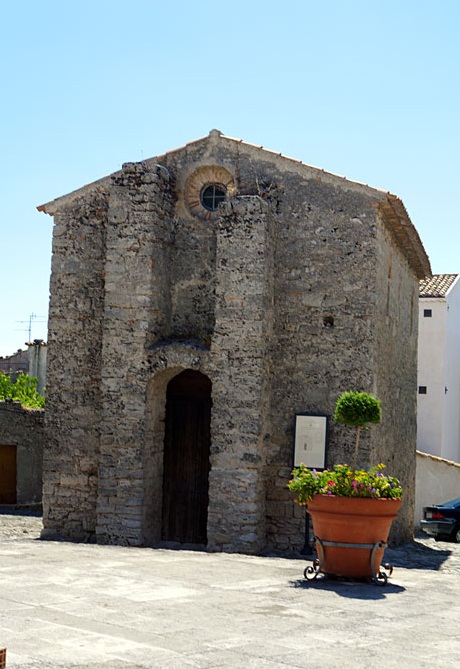 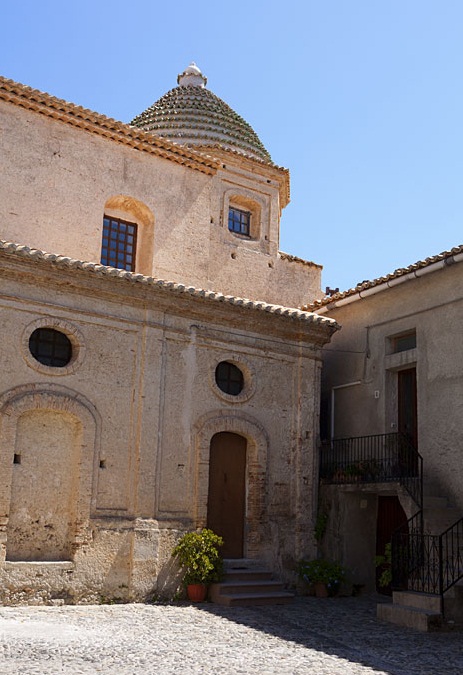 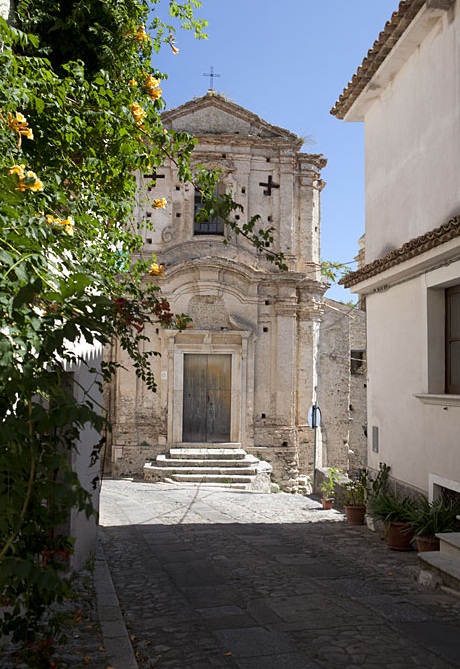 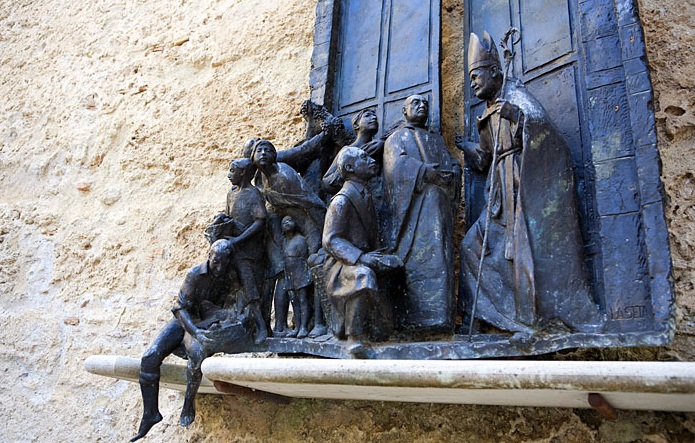 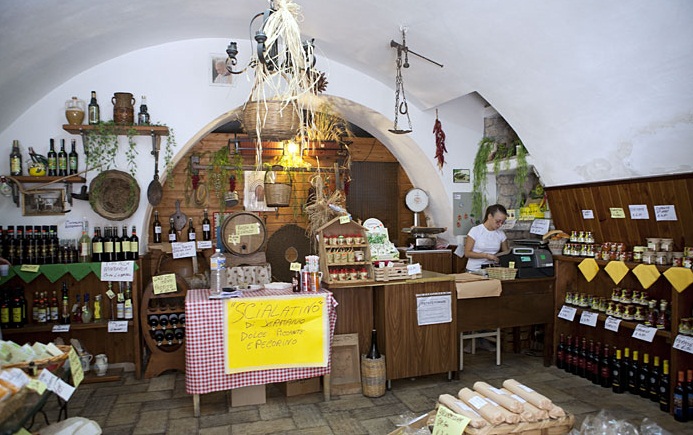 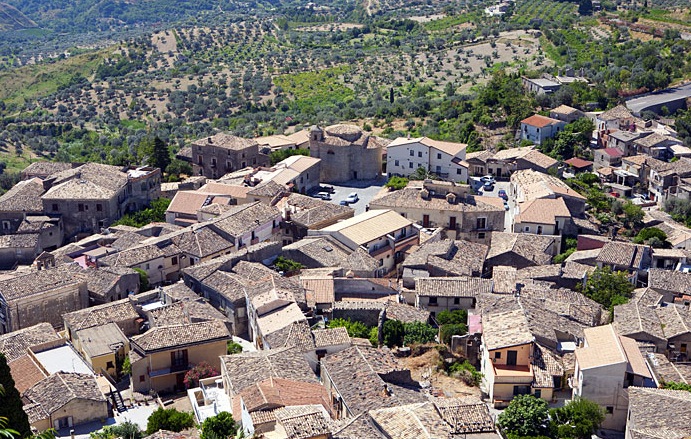