Destinations / The Best Places to Visit in Calabria, Italy / Bivongi


Bivongi is a town and the municipality in Calabria ( the province of Reggio Calabria ). This small medieval town was founded by the Greeks 3,000 years ago. Its historic center preserved many ancient houses, courtyards and churches. Also Bivongi is famous for its excellent wine , the secret of which lies in the climate, as the grape and ancient traditions. Indeed, the tradition of winemaking in Bivongi was laid by the ancient Greeks who knew a lot about wine elixir. A few kilometers from the medieval Bivongi is situated the Greek Orthodox Monastery of San Giovanni Theristis. The monastery was founded in the XI century during the Byzantine rule in Calabria. Those days, southern Italy has been a mecca for the Byzantine monks who came from the east. Across Calabria Greek Orthodox monasteries were organized, especially a lot of them were in the valleys and Amendolea Stilaro. Just the last lived and worked for St. John the Reaper. John was born in 995. His father was killed during the invasion of the Saracens and his mother having John in the womb, was taken as a slave in Palermo , where he was born and grew up surrounded by Muslims, but in Christian faith. The life of St. John is surrounded by legends and traditions, it is difficult to say which of them is true and which is not. When the child grew older, he fled to his native land, crossed the Strait of Messina on the boat and then he told me that the Holy Cross helped him in this. Reaching Stilo , the boy came to Bishop John and asked him about the baptism, the bishop gave him a test and only then baptized and gave him his holy name. John was attracted to the monastic life, and showing great perseverance, despite his young age, was admitted to the monastery and later was elected abbot. Near the monastery was a cave, in which the source beat and in winter John prayed, standing in ice water. One day during the harvest, St. John suggested bread and wine to the peasants, which he had with him. At this time there a great storm arose, which threatened to destroy the crop, but a whirlwind heeded the prayers of the saint, squinted bread and put them together in bundles. Since that time St. John was nicknamed Theristis, which means reaper. St. John died in 1054 . The fame of St. John's began to grow after his death, the place where he lived and the holy spring, where he prayed became a mecca for pilgrims. At the source of the holy place in the XI century was elevated a monastery, dedicated to St. John the Reaper. In the Norman period, the monastery grew and was one of the most important of the Byzantine monasteries of Southern Italy . Its power and magnificence retained until the XV century. His monks were highly educated. There was an extensive library in the monastery, great art and rich treasures.

Near Bivongi is anotherplace of interest , this time a natural attraction - Marmarico Waterfall, which is the highest waterfall in Calabria and southern Italy . Its height is of 114 meters. The Falls got its name because of the "slow" or "heavy water" («marmarico» - a dialect of "slow" or "heavy"). Indeed, it seems that the water does not flow and stopped. The directions to the waterfall can only SUVs (shuttle service available to the waterfall in the Bivongi) and then 20 minutes on foot.

Write your Review on Bivongi and become the best user of Bestourism.com 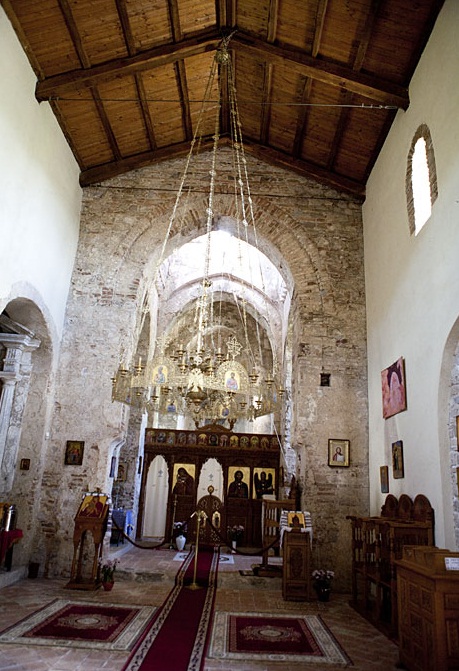 Bivongi - Interior of the Monastery 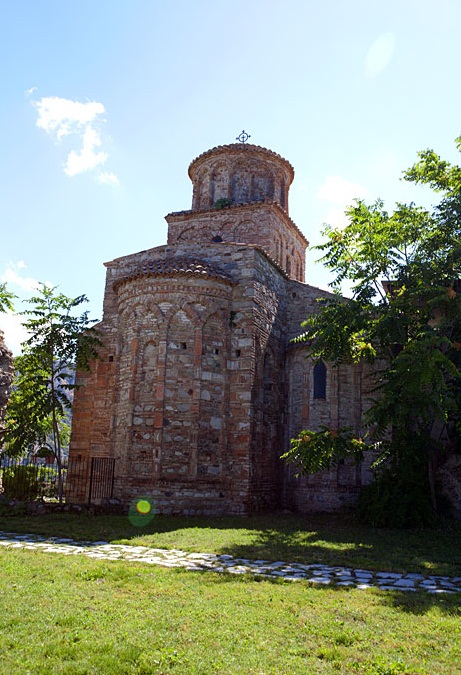 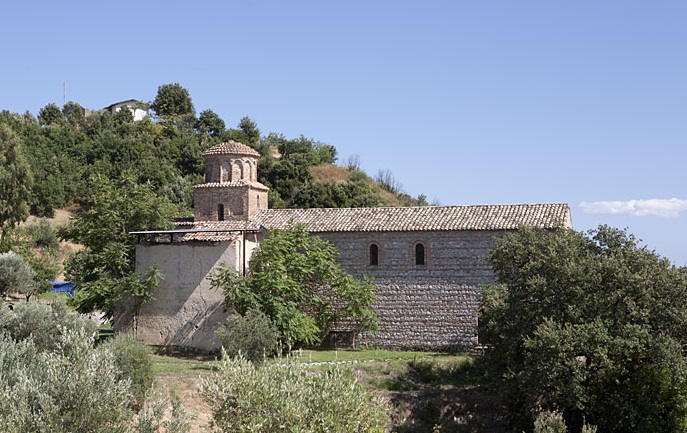 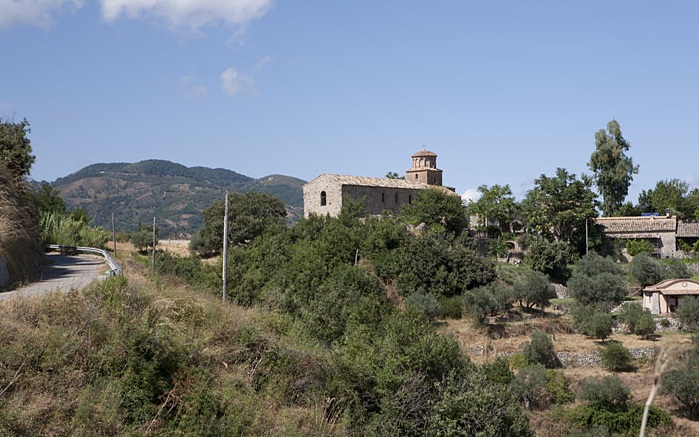