Destinations / The Best Places to Visit in Calabria, Italy / Paola


Paola, a town in Calabria (province of Cosenza ) is known for being the birthplace of St. Francis of Paola, the only saint born in Calabria. March 27th marked the birthday of St. Francis, and April 2 the day of his death and the day of the canonization of a saint. Note the day of St. Francis from 1 to 4 May, these days is a procession that is identical to the sea and land, where is a bust and a cloak of the saint. According to the legend, the ship's captain refused to carry St. Francis to the Calabrian coast in Messina and then swam across the strait holy in his cloak. St. Francis is the patron of Calabria and the Italian Navy. Born in Paola in 1416, Francis in his youth studied with the Franciscans in his hometown. His family was poor and very pious and he was a senior son. As a child, Francis was suffering from swelling of the eye and the parents made a vow that if the child recovers, he will hold the year novitiate in the Franciscan monastery. Francis recovered. And after years in the monastery, his desire to become a monk, only intensified. After a pilgrimage to the holy places in Italy , Francis left the cave, located in an uninhabited area and began to lead a harsh life in solitude and prayers.

Gradually it began to join the followers and there was a community of "Friars Minor". The number of students was constantly growing and Francis founded the monasteries. In 1474 Pope Sixtus IV approved the new mendicant orders under the name "Brother Francis of the Congregation from Paola." For a long time the order was not a permanent name, but in 1493 Pope Alexander VI awarded the Order of the name "Order Eremity minim" and from that time the hermits of St. Francis of Paola was known as the min or minimity. St. Francis of Paola was canonized in 1519 by Pope Leo X. One of the main attractions is Paola Sanctuary of St. Francis which is located about 1 - 1.5 km from the historic city center. Before, the Sanctuary was a spacious area on the right side where the modern Basilica (2000) is. Next to the basilica unexploded bombs that fell on the Sanctuary during the Anglo-American bombing in August 1943 without damaging the holy place were stored. The ancient basilica is in Romanesque style of the XVI century.This single nave basilica, on the right side is a gorgeous Baroque chapel, where are the relics of St. Francis. In the monastery courtyard, whose walls are covered with frescoes of the saint's life, roses are growing. Earth's modern city Paola were inhabited in ancient times, there lived different tribes including the legendary tribe of gross. In II BC the southern part of Italy was conquered by the Romans in the Roman consul Lucius Paola Paolo Emilio built himself a palace and the settlement became known as Paola. When the 395 Roman Empire was divided into Western and Eastern, Paula became a member of the Eastern Empire.

Several centuries in these lands of battle unfolded with Ostrogoths, Lombards, Arabs and Saracens. When the Arabs conquered Sicily, many Italian-Greek monks fled to Calabria. Thus, in Paola, two monasteries were established, relating to the Basilian Order of St. Josaphat – the Greek Catholic Church. In 1000 in Italy, the Normans were to sta, the bold and fearless war, which first came as robbers in search of a quick profit and money, but settled on Italian soil, becoming fully-fledged rulers and masters. The Normans quickly ousted the Byzantines. From the Norman times in Paola was the castle built of Malta. During the reign of Frederick II of Calabria reached its dawn and prosperity. Paola grew up and built. When the power came to Anjou dynasty, Paola moved to the fief of the family of Ruffo. In 1418 Polissena Ruffo was married to the Duke of Milan , Francesco Sforza, giving as a dowry and Paola. But in 1420 Polissena died, poisoned by poison, leaving no heir. Therefore, Paola and other lands returned to Ruffo and were owned by his sister Polisseny Cowell. Cowell, when married Antonio Mardzano, Marino had a son, who, as an adult, participated in a conspiracy against the King of Naples, Ferdinand I of Aragon, surnamed the Just. Participation in the conspiracy required large investments of money, so his feud (including Paula) Marino levied tribute. In the end, Paola was annexed to the kingdom of Naples and received the status of a city. In 1555 the town was attacked and besieged by the Turks and captured, looted, destroyed and burned, not sparing and a monastery was founded by Saint Francis. But Paola quickly recovered and began to grow and develop.

In 1806 the city was occupied by the French who pillaged and burned the Sanctuary of St. Francis. After the Congress of Vienna in 1815 the Kingdom of the Two Sicilies was restored, which included Paola. In 1844 Paola was even visited by Ferdinand II, the King of the Two Sicilies and his wife. During the liberation movement supported, Paola joined Italy. All members of the historic part of the town met the Arch of St. Francis, called the main gate of the city, the gates of the sea. It is crowned by a sculpture of a saint. Near the arch is a house (via Terravecchia), the birthplace of St. Francis on March 27, 1416 .His birth was accompanied by signs: a high flame, which lit up the whole house and heard the angels singing. Later on in the house, the modest church was arranged. The Cathedral is located on a hill leading to a long staircase. The cathedral was built during the Norman Conquest, but subsequently rebuilt and became the Gothic features. An interesting fountain with seven channels is located at the foot of a long ladder, it dates from 1636. The 12 holes leaking, resembling a tail is a symbol of Paola. Above a semicircular bowl, which collected all the water available of Spinelli family coat of arms is owned by Paula from the beginning of the XVI century for three centuries.

Write your Review on Paola and become the best user of Bestourism.com 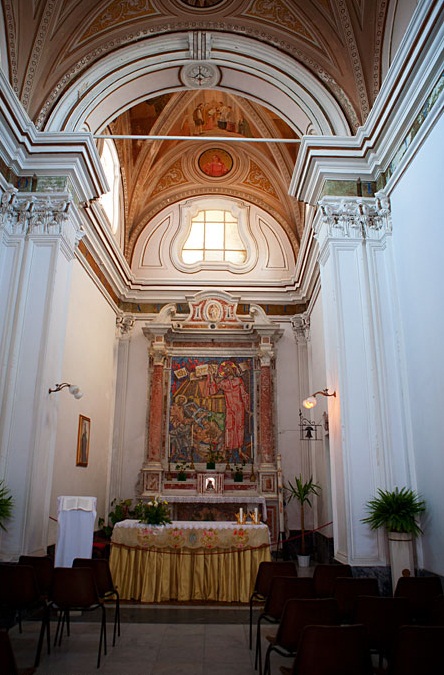 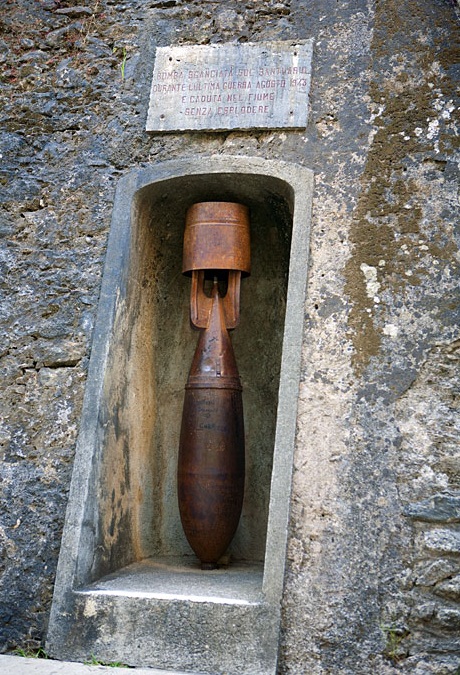 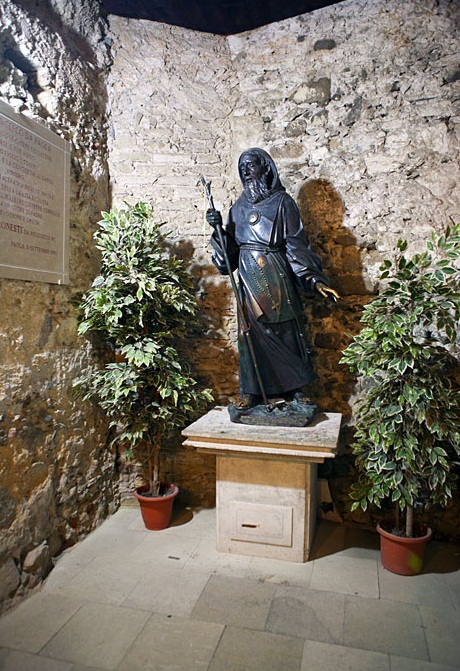 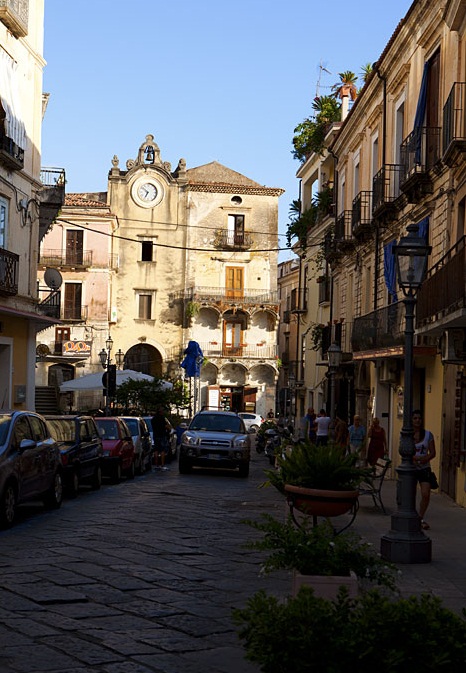 Paola - Street of the town 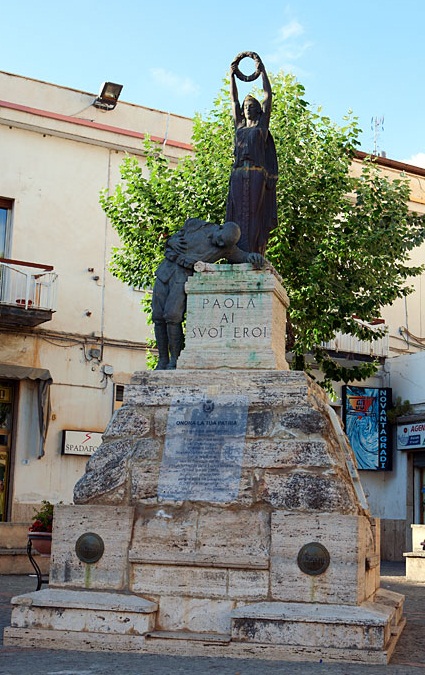 Paola - Monument of the town 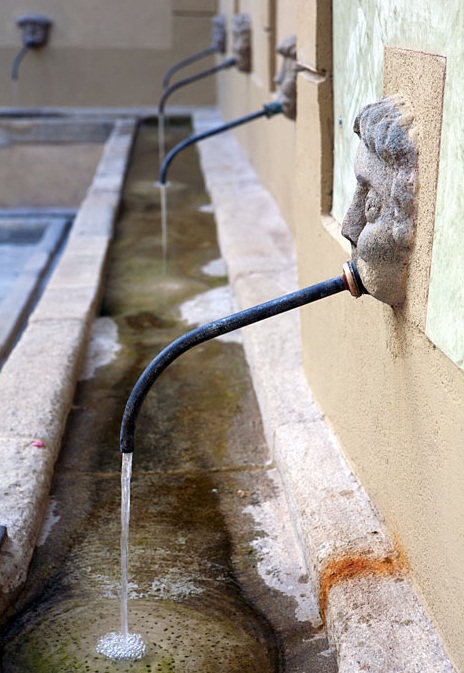 Paola - The Fountain of Seven Channels 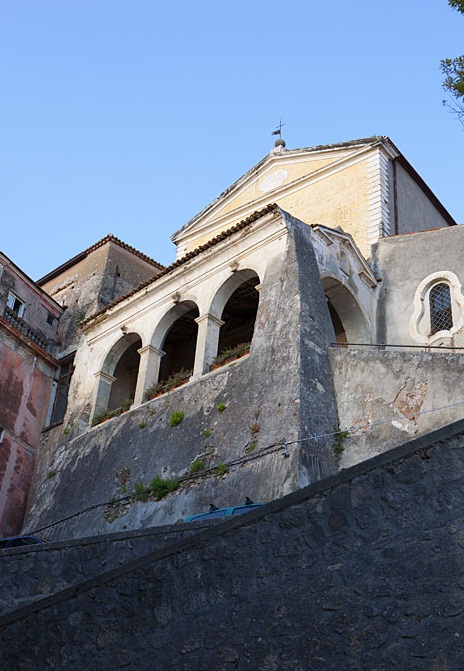 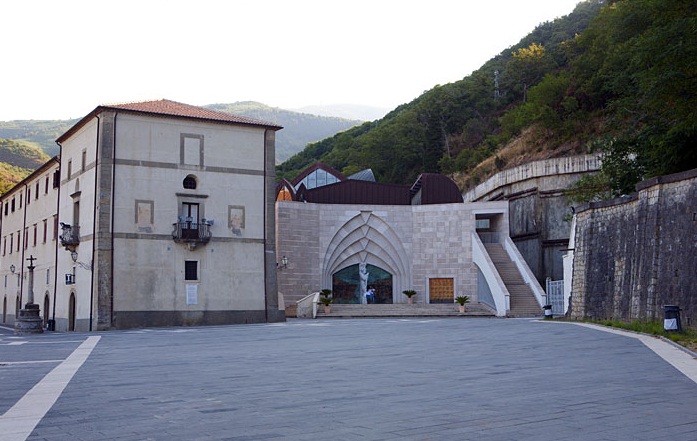 Paola - The Sanctuary of St. Francis 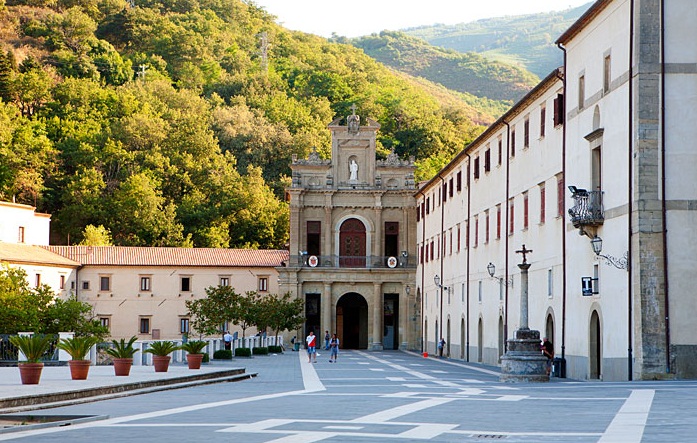