Destinations / The Best Places to Visit in Latvia / Anglona Basilica


Aglona Basilica was built in late Baroque style and it is decorated with two towers about 60 meters. Every year on August 15 pilgrims come to Anglona Basilica to celebrate the ascension into heaven of the Virgin Mary. This is one of the most famous holy places in the world. Cruciform vaults, arches, columns, elements of the Rococo richly decorate the interior of the building. In the late 17th century by Dominican Order in Aglona was founded a monastery and the first wooden church was built. In 1699 the church burned down and in its place in the period from 1768 to 1780 a stone building of the monastery and the modern church were built. Having finished this, the interior of the church was carried out in the 18-19 century, and the pulpit, the organ and a bench for confession were installed in the late 18th century. The church maintained a large collection of paintings, sculptures and precious objects of art, including the famous icon "Our Lady of Miraculous Aglona" which is opened only on religious holidays. It is believed that the painting has healing properties. In 1993 Aglona sanctuary was visited by Pope John Paul II. Extensive work to restore the temple and the arrangement of the surrounding area was done for this visit.

Write your Review on Anglona Basilica and become the best user of Bestourism.com 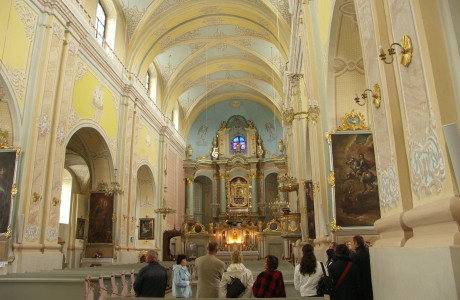 Anglona Basilica - Interior of the church 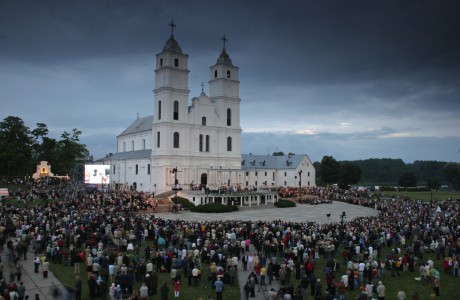 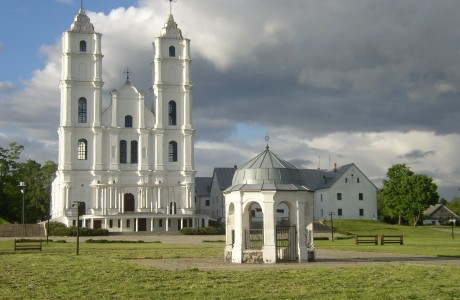