Destinations / The Best Places to Visit in Latvia / Liepaja


Liepaja is an ancient city on the east coast of the Baltic Sea between the sea and the Liepajas Lake. People live here for over 750 years. Liepaja is a musical and a cultural city. Walking along the labyrinths of the Northern forts in the light of torches, it opens a beautiful architecture of the Military Port (Karosta) or exoticism of the former prison, you can inspect the building in the Art Nouveau style in the city center and the unique wooden buildings in the coastal park!

Liepaja is a city of contrasts. We offer the easiest way to see Liepaja and learn about the most important tourist attractions of the city. Liepaja has been known since 1253, and since 1625 has acquired the status of the city. Now this is the third largest city in Latvia, a special economic zone and the fast-paced trading port. Tirgonu interesting pedestrian street, the Church of St. Anne (1508), The Trinity Church (1742-1758 .) ,one of the largest of the world, a concert hall in the open "Poot, veini!" ("Blow, wind!"), St. Nicholas Naval Cathedral, the huge ice arena, etc. The beautiful sandy beach of Liepaja, Latvia's largest park - Seaside, where there are over 170 different plant species and more than 200 wooden houses of the XVIII century, among which are the houses of Peter I and Charles XII. You can walk along "Liepaja without a hitch!" If you use this card, walk around the city will take place without a hitch. Inspection can start from the Tourist Information Centre, but with the same success with any other place where you can see painted on the outside touch. Why are the notes? Because it is often called the capital of Liepaja, Latvia's music, especially rock music. Music will lead to all important sites. The booklet and map, "How the notes" can be obtained from the Tourist Information Center on the square face Laukums, 5/6. Visit Liepaja music festivals - the International Festival of Piano Stars, the International Organ Festival and the Baltic Beach Party, or other musical activities offered by its nightlife. In the sunny days you will find an excellent beach, blue flag award, Ostas street promenade and the Walk of Fame Latvian musicians, and in the cloud - a bowling alley, a cafe or the Liepaja theater. Liepaja is a city that inspires, and here you will find cozy inns, stylish cafes and restaurants.

THE HOLY TRINITY CHURCH IN LIEPAJA

Built between 1742 (the first pile was hammered 29 May), on July 19, was laid the foundation stone by the architect J. K. Dorn and his assistant M. Frohlich. The church was consecrated on December 5, 1758. The construction was completed in full in 1866. The Authority has constructed one of the most prominent builders of JA Kontsiuss. Throughout the 19th century, the tool increased. In 1885 it was already up to 131 registers. 38 register the tool was officially given to the church in 1779, which from 1885 to 1912 was the largest in the world. Now the organ is one of the largest in Europe. The interior of the church is characterized by saturation characteristic painting in the Rococo style. The organ case is of 131, 4 manuals and 7,000 pipes. The church regularly hosts concerts of organ music. The rich interior of Holy Trinity Church is really luxurious. Use the opportunity to climb the tower of the church, which offers a beautiful panorama of Liepaja!

Once there was a closed area. Now it's a pleasant place to stroll. Footpath, bridges and on top overlooking the harbor standing on the dock boats, yachts and water fountain, reminiscent of a sea wave that rolls from the bank in the commercial channel. At night, blessed with colored light, it looks in a special way. On the boardwalk think of the amber clock. Looking at Liepaja tourists may say that the march of time stopped in the city. If there were shooting a historical film, it would not have to build the scenery, tint fronts, remove the modern trappings in the form of ATMs, advertising, Coca-Cola, or too cool cars. Old buildings of the Classical period are almost completely preserved and the center has undergone virtually no change in the violent 20th century. Here entire neighborhoods of old wooden houses, reminiscent of a miracle, preserved areas in Tallinn and Riga, today announced the monuments of wooden architecture. There are almost always cobbled streets, beautiful parks, many merchant mansions and tiny ... trams, cheerfully sweeping the streets.

Write your Review on Liepaja and become the best user of Bestourism.com 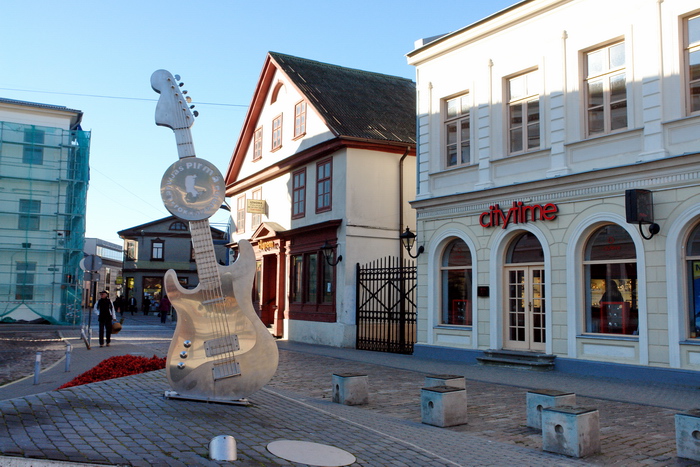 Liepaja - Center of the city 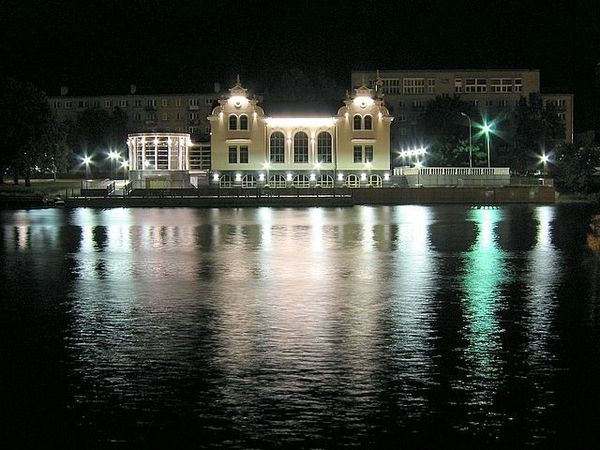 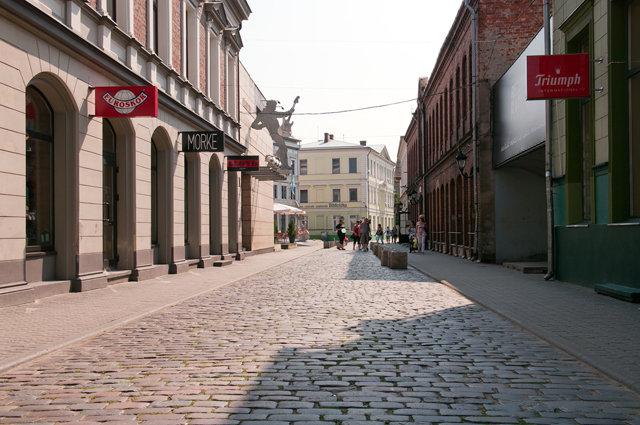 Liepaja - Street of the city 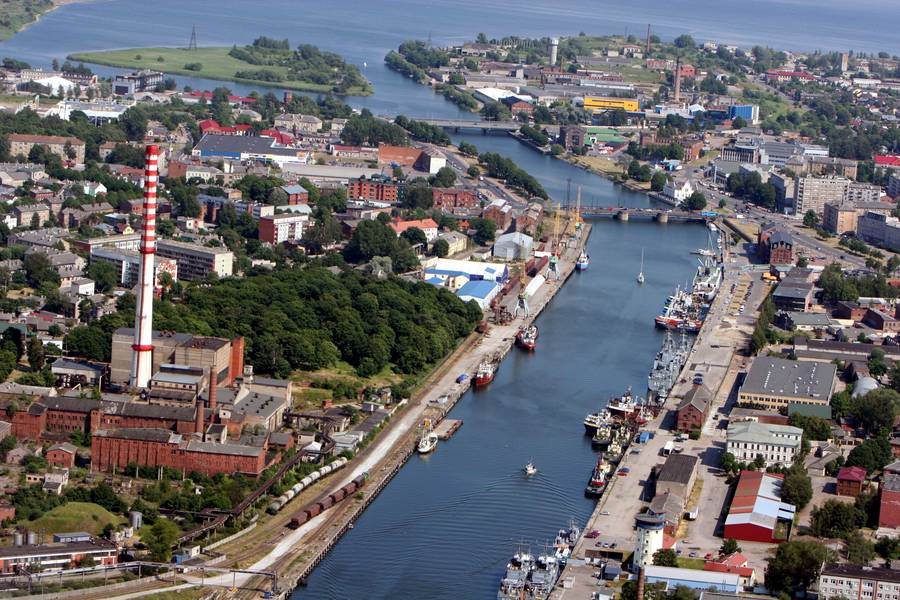