Destinations / The Poorest Countries in the World / Sierra Leone


Sierra Leone is a very poor country. The gross domestic product was amounted to approx. $ 2.5 billion, less than $ 500 per capital. Below the poverty line there is more than 70% of the population. Approximately two thirds of the population lives exclusively on subsistence agriculture. Agriculture provides 49% of GDP, industry - 31% (and manufacturing - only 4%), services - 20%. Deposits of diamonds, chromite, bauxite, gold, iron, platinum, as well as some of the world's largest reserves of rutile (titanium ore) were discovered in Sierra Leone. The war destroyed much of the country's infrastructure, so that the active development of its mineral resources of Sierra Leone will go on. Today diamonds are mined and the export of it gives most of the foreign exchange earnings. The manufacturing industry is represented by small enterprises of food and textile industries. In agriculture, the dominant plants which grow are: rice, coffee, cocoa, palm oil, peanuts. Fisheries are fairly well developed. The development of livestock is limited to the spread of tsetse flies. The main foreign trade partners of Sierra Leone are: Belgium, Germany, Great Britain and the Netherlands. The capital of the country, the city of Freetown has about 700 thousand inhabitants. It was founded in 1787 ,one of the cities in the world, located "on the seven hills", and it was called "African Athens." It is the most important industrial and transport center of the country: through its port is the lion's share of both imports and exports of Sierra Leone.

Sierra Leone is an extremely poor country with tremendous inequality in income distribution. Although it has significant reserves of mineral, agricultural and fishery resources, its physical and social infrastructure has not yet recovered from the Civil War. Serious social unrest continues to hamper the economic development. Almost half of the working population is engaged in agriculture. Manufacturing consists mainly of raw material processing and light industries in the domestic market. Placer diamonds remain the main source of hard currency exports account for nearly half of Sierra Leone. The fate of the economy depends on the maintenance of internal peace and receiving substantial aid from abroad to compensate for the severe imbalance of trade and government revenue. IMF in 2010 approved a new program of assistance of $ 45 million over three years. Political stability has led to a revival of economic activity in areas such as the restoration of bauxite, which are set to benefit from the planned tax breaks.

Write your Review on Sierra Leone and become the best user of Bestourism.com 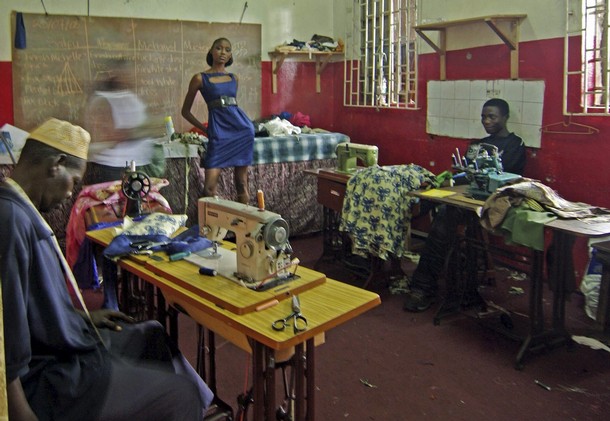