Destinations / The Best Places to Visit in Riga / The Freedom Monument


The Freedom Monument is the main monument of the capital symbol of independent Latvia, the heart of Riga today, its center and a popular venue for official ceremonies. The monument was built with money collected by the people. It was opened on November 18, 1935. The monument represents a five-story composition, with a gradual increase in emotional impact. The first tier has a massive base and a terrace. The terrace is lined with pink granite, in its monumental wall included two bas-reliefs - Song and Procession of soldiers. The next tier of forms carved in pink granite sculpture, placed in between the smooth, white slabs of travertine is the motif of light detected by the obelisk. The figured images show the main values of life - work, spirituality, family, defense of the fatherland. The group of studies from the left side of the facade form the figure of a peasant, worker and a fisherman, highlighted the image of the peasant. The expressive group of representatives from the mental work of the ancient Latvian priest is at the center. His features reflected in the accumulated wisdom of centuries, the people that adopt the modern media spirituality - a writer and a scholar. The group of family symbolizes the sacred trust of the mother, who awards the life, bringing peace and guarding the hearth. The sons by her side are holding a garland of oak leaves, symbolizing strength and sacredly respect the family's honor. The homeland defense team says the continuity between the fighters for independence and ancient warriors. This stage consists of two bas-relief. At one workers clash with the royal dragoons and Rita in 1905 on the other - a skirmish with Iron Bridge in 1919, where the soldiers were already fighting the first independent Republic of Latvia. The carved inscription on the obelisk “Homeland and Freedom “ is the main theme of the monument. The third tier, executed in gray granite, like the north breathes peace. The central group shows Mother Latvia, a daughter and a son by her side represent the vitality of the people. From the terrace is located three figurative compositions. Tearing chains is one of the most dynamic in the monument. Above the figure and the compositions travertine rises an obelisk.

The Freedom Monument, with a height of 42 m bronze female figure crowned "Milda" (from Latvian folklore), holds in her raised hands three stars, three cultural and historical parts of Latvia: Kurzeme, Vidzeme, Latgale. The wonderful image of Liberty conveys the idea of the monument, it is perceived as a single sculpture, visible from afar over the buildings and the green trees. All this was built by the sculptor and the architect C. Hall, E. Shtalbergsom. The idea of the monument belongs to the 20 th year and symbolizes the liberation from the yoke of German landlords and Russian autocracy. On October 13, 1944, the Russian first save the Statue of Liberty so that October 13, 1944 can be considered as the second birthday of the Freedom Monument. It is interesting that the symbol of independent Latvia 42nd, the Freedom Monument survived, and the third time fell at the end of the 40th, when the Soviet sculptor Vera Mukhina was not allowed to carry Milda Latvian Communists for the monument to Stalin. According to the legend, after the war, Stalin had intended to blow it up, but for Vera Muhina. In 2001, the monument has been completely renovated. At the foot of the monument are always fresh flowers. The Freedom Monument is opened daily from 09.00 to 20.00 as a guard of honor. At one time in the honor guard the monument, to the delight of former legionnaires SS soldiers were in the pre-war helmets, replica helmets, Wehrmacht soldiers. Later helmets were replaced by a cap.

The Milda monument stands on a pedestal of another monument - I Peter . It was opened in 1910, and five years later the statue was removed from the pedestal and sent by ship to Petrograd. The ship was torpedoed by a German boat and sank near Revel. This foundation can still be seen in the inside of the monument to mildew, entering the back door.

Write your Review on The Freedom Monument and become the best user of Bestourism.com

Maps of The Freedom Monument 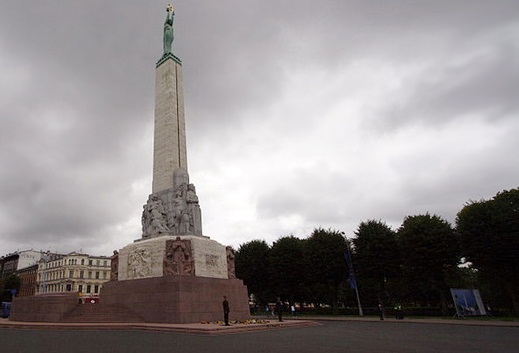 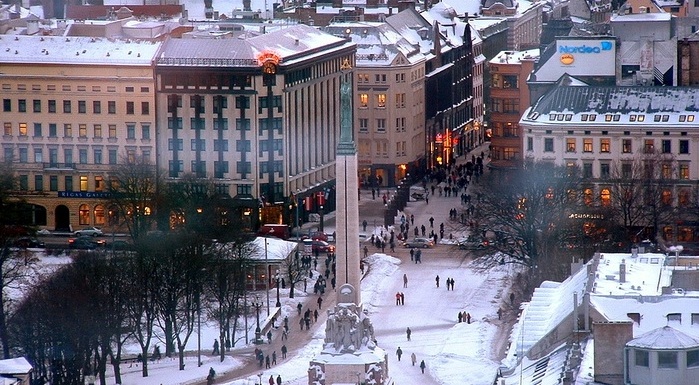 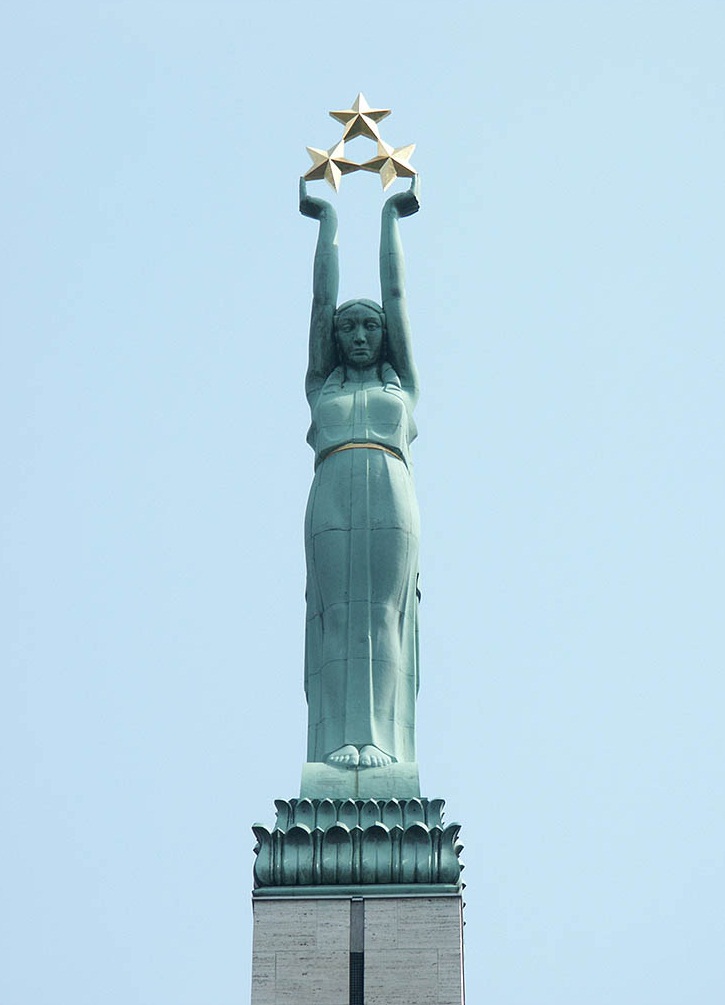 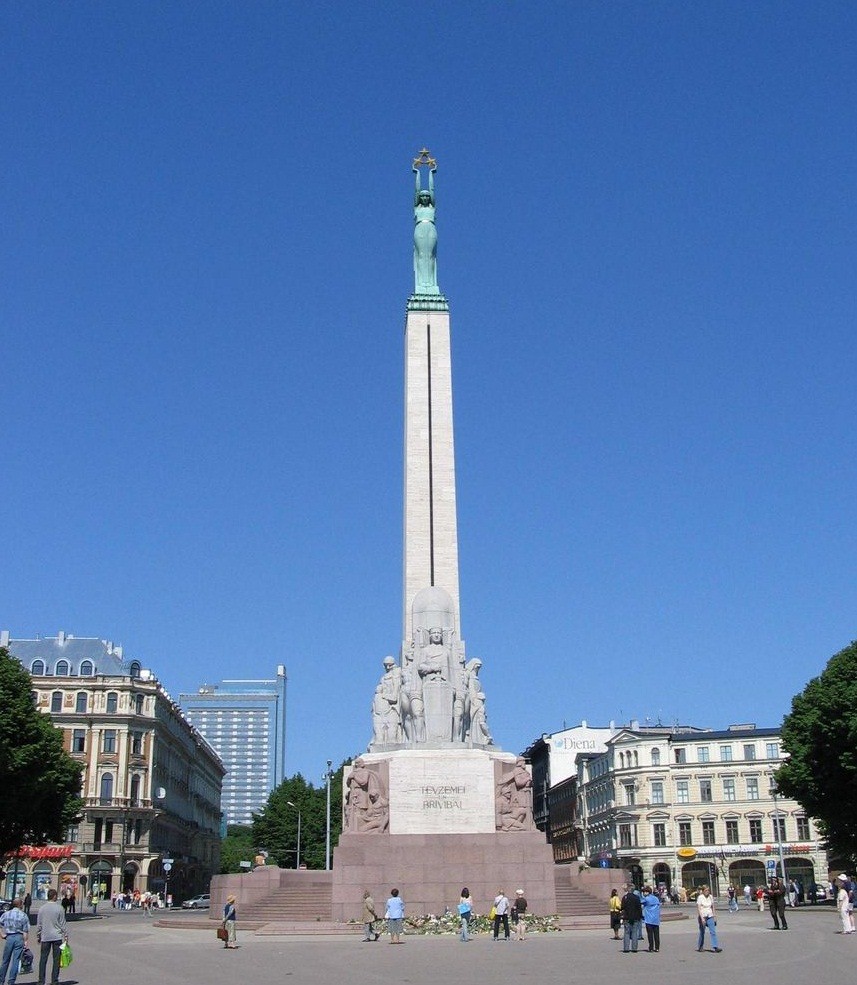