The Dome Cathedral in Riga


Some years ago, this magnificent cathedral, located in Riga, was closed for renovation, but after the renovation its doors were thrown open to welcoming back many tourists and locals. The construction of the Cathedral and the monastery began in 1211 and lasted for many centuries. Finally, the outlines of its Baroque 90 - meter tower acquired in 1766 in the cathedral. Its body is one of the largest in the world. It was built in the 80s of the XIX century. Special works for the organ of the Dome Cathedral, wrote Franz Liszt. The modern form of the Dome Square, which is this beautiful cathedral, acquired in 1935. Low-value buildings were demolished around the Council and formed a large square. It often hosts fairs, concerts and other events. In the Dome Cathedral there are numerous concerts, we recommend that you visit. The concerts are usually of Bach, Handel, Purcell, Mozart, Poulenc, and of other great composers. During the concert outside the Dome Cathedral are usually installed floodlights that illuminate the ancient stained glass windows of the cathedral, so that visitors can enjoy not only the immortal musical masterpiece, but also nice visuals.

The Riga Dome Cathedral was a place where people have tried to meet God. The Cathedral of Riga and the Latvian archbishop Dom cathedral was a parish church. The church is opened to anyone who is looking for. Looking for yourself, seeking truth, seeking God, people are looking for a sense of community. Being the largest cathedral in the Baltic States in the past the Duomo today is known as the largest organ. The construction of the cathedral began to lay the foundation in stone in 1211 and ended in 1300. The style of the cathedral was changed from time to time, included plans for the construction of two towers, but was built as a result of just one. In the 16th century, the cathedral had a new structure - a tower height of 140 meters, which was for a long time the tallest building in Riga. During the reign of Catherine II, all the graves removed the Duomo, which resulted in the expansion of the church floor. Today the Cathedral was reconstructed and a concert hall was built. The main altar of the Cathedral was removed and placed in the organ room chair. In addition, in the Duomo there is a parish, a museum dedicated to the history of the city and the Philharmonic Concert Hall. Initially, the site of the Dome Cathedral was the church, the Dome Church , built by Bishop Albert. But for a large, commercial city, the little church was not enough. In 1211 the history of the Duomo began, which now affects the view of visitors and demonstrates the power and the authority of the bishop. The cathedral was named in honor of St. Mary. It was for her that the Bishop Albert conquest the land devoted to the Baltic states. The construction of the Cathedral was attended by nearly all the workmen of the city. The walls of the cathedral reached 2 meters thick, tall columns supporting semicircular arches. The same semi-circular arches made windows. German and Dutch masters supervised the construction of churches. Near the cathedral the monastery was built for the Dome of the chapter. Meeting the highest spiritual dignitaries bishopric, the Duomo itself was rebuilt and expanded more than once. In the 15th century was built a tall, slender tower. The present form of the Cathedral was taken in the late 18th century.

The interior of the church was enriched with artistic values, the body with a powerful and rich sound has been set for this time . In the 19th century stained glass windows were created at the Dome Cathedral. Once upon a time, to get to the northern portal of the Duomo, it was necessary to climb the stairs up, and now you need to go down to 16 steps down. You can often hear the legends of some guides that Dome "dipped" to such a depth, but this is a common legend for gullible tourists .Everything is explained much easier! Riga lives and ... debris, Riga actively builds and expands. At the same time the "cultural layer" is rapidly growing, which grew at the expense of soil, which is poured into the streets to protect against flooding spreads of Daugava. After the excavations carried out in the middle of the last century the northern wall of the opening was kept to a level ground surface of the medieval times.

Write your Review on The Dome Cathedral in Riga and become the best user of Bestourism.com

Maps of The Dome Cathedral in Riga 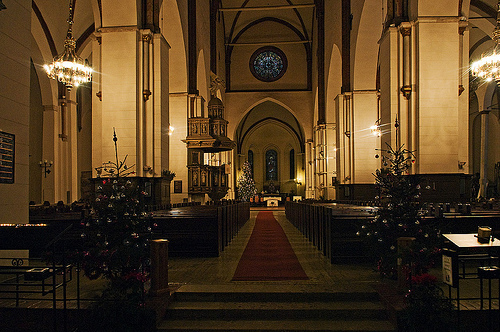 The Dome Cathedral in Riga - Interior of the Cathedral 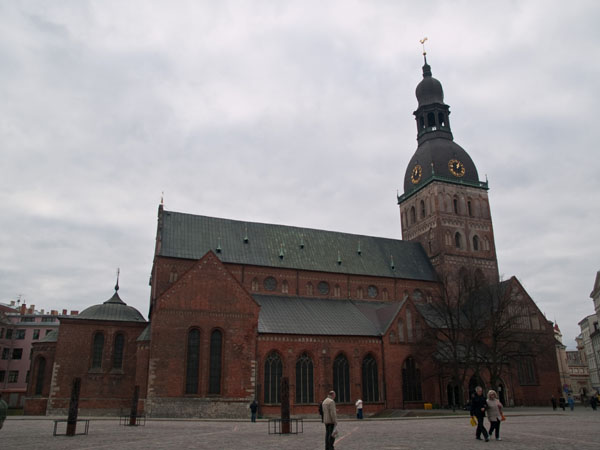 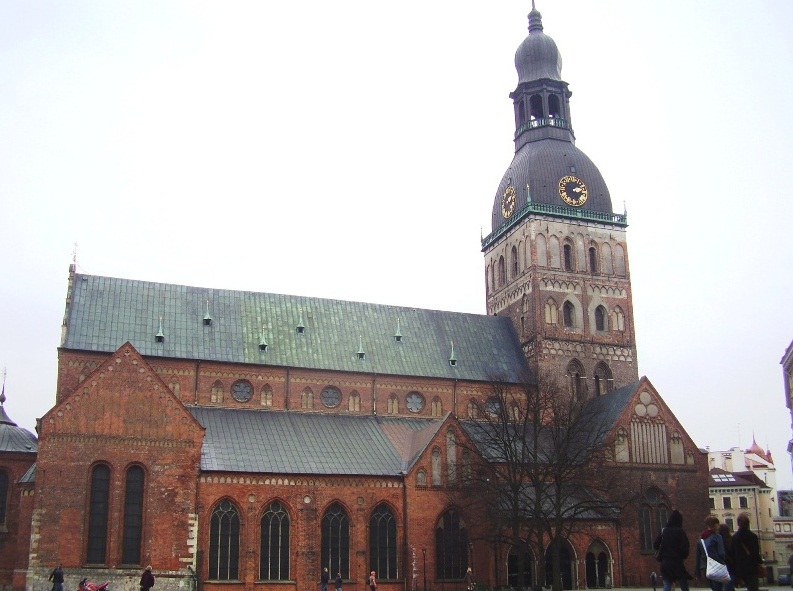 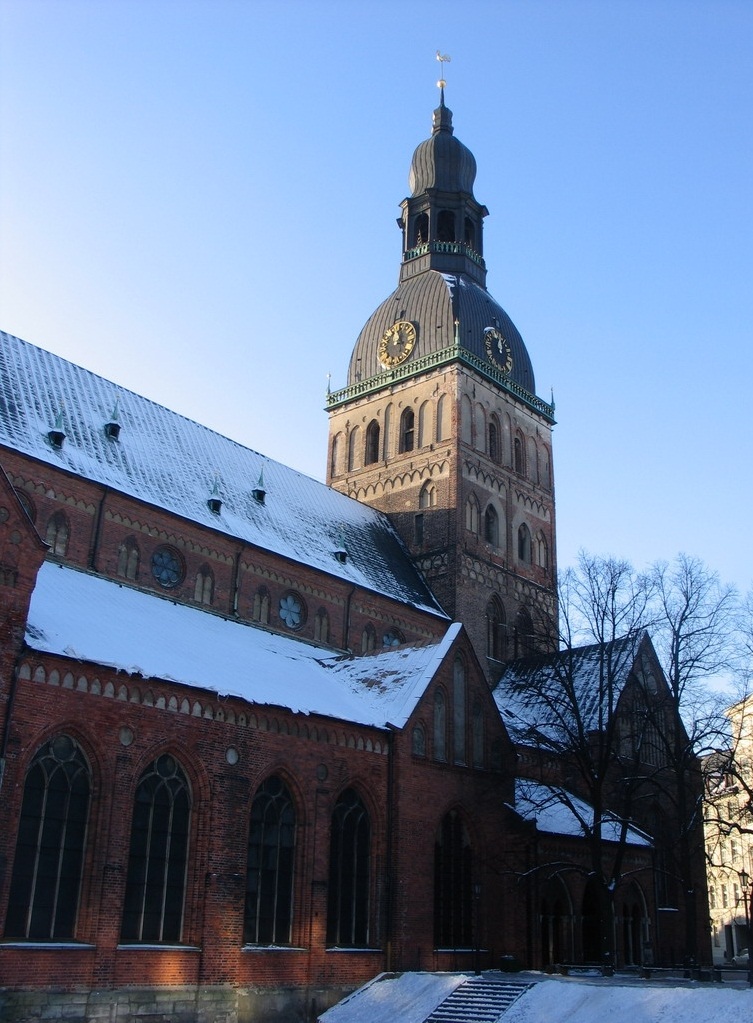