Destinations / The Best Places to Visit in Riga / Riga Castle


One of the most famous and popular attractions in Riga is the Riga Castle, which is visited by Russian and foreign tourists. The history of the Riga Castle dates back to 1330 when it was built after the destruction of the old castle. In 1642, when Riga was under Sweden domination, a new wing was built to the castle by the River Daugava which has survived in its original form to this day. In the days of Czarist Russia castle was rebuilt to meet the needs of the provincial institutions, and the Governor-General. In 1938, the interior of the castle has been converted to meet the needs of the Latvian government. The chateau is the residence of the President of Latvia. Above it always flies the flag of the Republic of Latvia. In addition, in the castle are several museums: the Foreign Art, History of Latvian Literature, Theatre and Music. Near the castle there are many bars and restaurants where you can relax, sharing new experiences with friends.

Over the time, Riga became the richest city. It was a feudal lord, Riga bishop who was elevated to the rank of archbishop in the middle of the XIII century . However, in Riga wanted to dominate the Order of the Sword , who in 1237 after a heavy defeat at Saul has teamed up with the Teutonic Knights. Since then, it was called the Livonian Order. Having achieved dominance over the greater part of Livonia, the Order liked to extend its authority. So at the end of the XIII century between Riga and the Order began a sharp factional fighting. In 1330 Order 'army, having received reinforcements from the Teutonic Order, laid siege to the city from all sides. Defenders of Riga, shooting straight from the bows of the enemy were not allowed close to the city walls, but the weapon turned out to be stronger than hunger, and he was forced to surrender to Riga. They had to give the Order of the city's fortifications from the Sand and towers, as well as a vast piece of land on the other side fortifications, where there were urban pastures and gardens. Here on the shores of the Daugava River, began the construction of the new castle of the Order. It had to be built by the residents of Riga themselves, guilty of the destruction of the old castle. Riga Castle in 1515 (after a drawing by J. Brod)

The place was chosen for the building very well. Hence it was easy to keep under review the court, go to the sea in the Daugava River. In addition, from outside the city walls, a new castle was less vulnerable in case of repeated attacks against its people. On the day of the solstice in 1330, the Master of the Order laid the foundation stone for the future of the castle. Two years later the construction was over and the castle took its inhabitants. It was the plan of the Riga Castle at the beginning of the XVI century----- this medieval fortress with thick walls and battlements. The two opposing corners of the castle rose two round towers of the Daugava - Saaint, which has been preserved from the old city walls and entered into a new complex of buildings of the castle, and on the opposite side – the Lead tower. A wide moat defending the castle was possible to pass only the drawbridge. Years passed, but the feud between the Order and the city did not abate. The master of the Order did not feel safe in Riga and moved his residence to Cesis. In 1481 the armed struggle broke out with renewed vigor. Insignia gun "Lion" shelled the city, and cannon Riga "The Raven" - Lead tower. In the battle, the townspeople captured commander of the Order , from head to toe dressed in a suit of armor. In 1484 the castle was besieged by the residents of Riga as a dense ring that, in the words of an old chronicle, "there is not even a crow to get." Left without bread, without salt, drained by hunger and disease, the defenders of the castle had to lay down their arms. Second Order Castle suffered the same fate as the first. For three days, the spokesman called for everyone - young and old, Germans and Latvians to help destroy the fortress. Three days in a row from Riga violently broke its walls and towers. In 1491 Order, after recovering from the shock, in turn, laid siege to Riga. The city, being unable to resist, was capitulated. At this time, members of city council, showing the head, on a cold March day stood in front of Master of the Order, and dutifully listened to the conditions of peace. Rigans Order 'had to return all property and trophies captured during military operations, as well as build a new Order Castle. The new Master of the Order Walter von Plettenberg was stern and unbending, he demanded Sculptures of St. Mary in the courtyard of the castle Plettenberg. The castle was built in six years and it was more powerful than the previous one. Smoke brick kiln in Riga, processed clay from the vicinity of the city. Hundreds of people stirred it, spun and fired bricks, put it, and drove to the site. The Daugava slowly float barges loaded with stone blocks. Barges moor to shore, unload and deliver the stones to the construction site, where they are waiting for stonemasons.

And in 1515 on the banks of the Daugava River rises again a strong castle, not inferior in size one of the largest churches in Riga. Its body had a quadrangle with a tower at each corner and the cobbled courtyard in the middle. The limestone walls of the basement, preserved since the XIV century, had a three-meter thick, and in case of danger, can provide protection not only to people but also to animals. Here supplies of food and gunpowder were stored. The second floor of the residence was of the master. This part of the building served as representative targets, decorated with the greatest luxury. The premises were reaching seven-meter height and had either a cross or a star or mesh graceful arches. The third floor was fully adapted for defense. In its walls there were loopholes through which you could shoot large caliber guns. This fortress was able to withstand any onslaught, At the gate Walter von Plettenberg ordered to set a high relief depicting The Riga Castle in the XVIII century (after a drawing by J. Brotze) Dame. Later next to it has been set yet another high relief, depicting the master himself, however, the Order was not destined to rule for a long time in this magnificent castle. In the XVI century, events occurred which resulted in a profound change in the fate of Riga. This was the period of the centralized Russian state, at that time still devoid of sea routes to the west. Livonia, including Riga merchants held in their hands all the trade between Russia and Western countries, barring the way to the free export of Russian goods abroad and the import to Russia of foreign goods. This prevented the normal economic development of Russia. Therefore, in the XVI century, it began to struggle for access to the Baltic Sea. These were the reasons for the outbreak of the Livonian War in 1558. During the army of Ivan the Terrible defeated the Livonian Order of the State, and Archbishop of Riga bishop of Courland. In an effort to preserve their privileges, the German feudal lords turned to Sweden and Poland. Northern Estonia has recognized the power of Sweden, and the rest of the feudal lords became vassals of the Polish Livonia. In March 1562 in the Great Hall of the Order of the last chapter of the Order of Master Gotthard Kettler, the Order gave the symbols of power - Order's cross and the keys to the castle - the Commissioner of the Polish king, instead of taking the crown from his hand created under the auspices of the Duchy of Courland, Poland. Thus, the Livonian Order ceased to exist. His former castle, the largest, trimmed with the most luxurious and well-fortified secular building in Riga for a long time served as the residence of the Polish, the Swedish rulers of the end of XVIII century - the Russian governor-general. Each new owner brought some changes, some rebuilt the castle according to their taste. It gradually changed its original medieval appearance. From 1561 to 1581, while Russia was at war with Poland and Sweden, Riga did not belong to any of the feudal overlords. In 1581 she gave herself into the power of the Polish king, and in 1621, during the Swedish-Polish war, the Swedes took possession of it. The most significant adjustment was made during the XVIII and XIX centuries. In 1783, the needs of the provincial administration had built a so-called new building, linking the main body of the buildings. In the XIX century, the fourth floor was built, causing the change of the appearance of the castle. There were also demolished all the neighboring wooden houses and the castle formed a large square. As such, it is worthy of great-power personified the state of Russia. The residence of the powerful Riga Castle was the period of bourgeois Latvia. Many owners changed over the centuries in the ancient castle. It housed three large stores of cultural values - three of the museum. In the most old, vaulted part of the castle, preserved since the XIV century, launched its exposure Museum of Foreign Art and Literature Museum named after J. Rainis. Next to them were placed the richest foundations of the Museum of History of the Latvian SSR, and the western part of the building given to the pioneers who carried out their studies here, holidays and other events.

The Riga Castle is an ancient structure, a brilliant representative architecture of the XIV century. The building of the castle was the seat of the first Polish, Swedish and then Russian administration. And the Riga Castle today is not only the most important historical and cultural value of Riga, but also the residence of the President of Latvia. Today, Riga Castle walls are seat of the Literature Museum, the Museum of Foreign Art and the History Museum of Latvia.

Write your Review on Riga Castle and become the best user of Bestourism.com 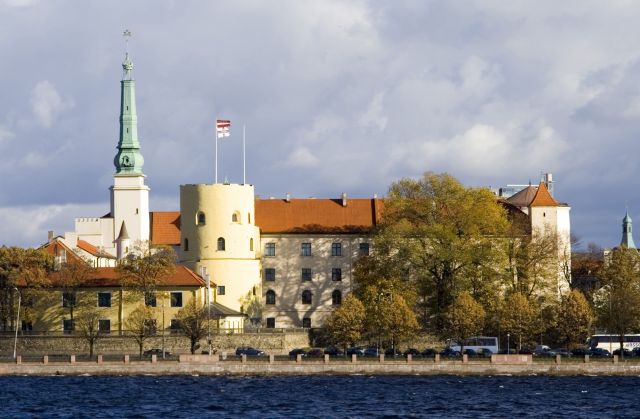 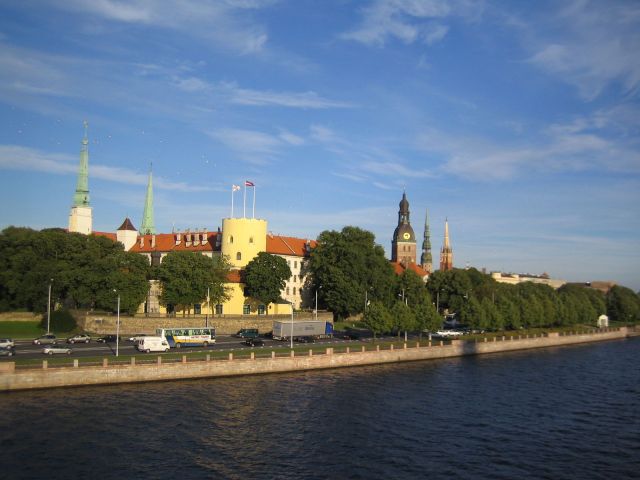 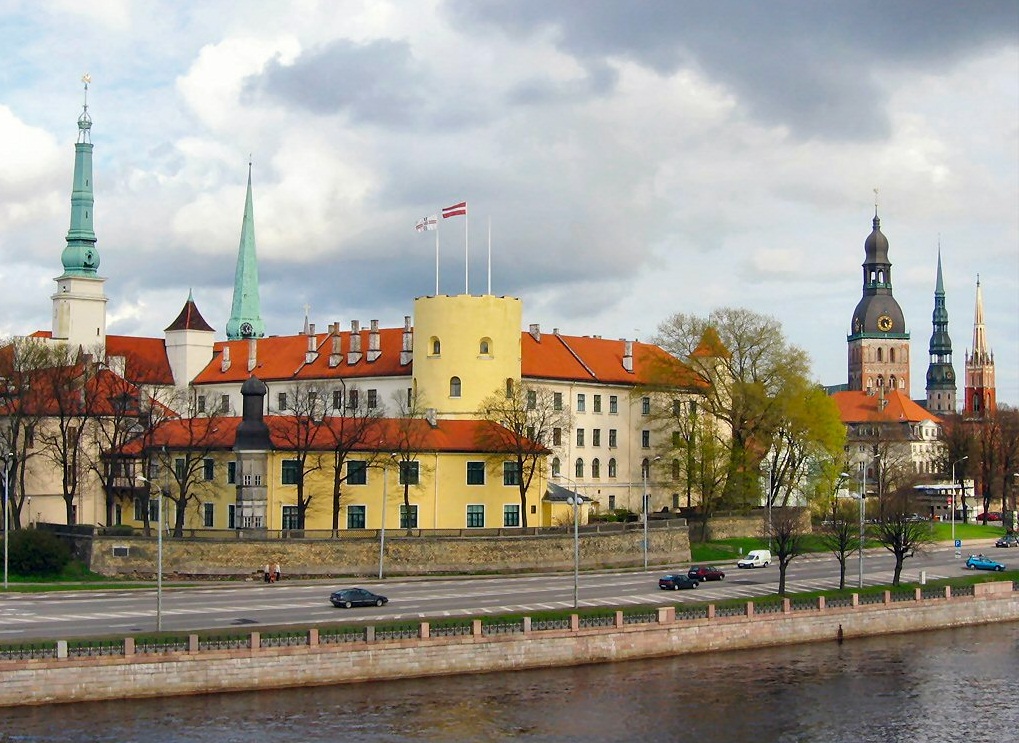 Riga Castle - The residence of the President of Latvia 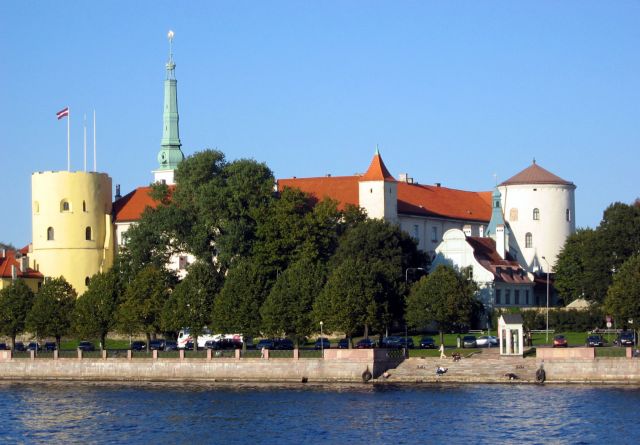