South Luangwa National Park in Zambia is the perfect place for a safari on foot, here you would truly get the experience of being in Africa. Here you will find a sea of fowls and more than 400 species of birds. The Luangwa River is filled to the brim with hippos and if you're lucky, you'll meet a pack of 30 lions and more others. The park is home to more than 60 different animal species and more than 400 different bird species. The South Luangwa Park offers both a low cost and a luxury accommodation of safari. The best time to visit is the dry season from April to October. Toward the end of this season the animals concentrate very strongly around the remaining ponds which makes Safari even better. One of the best national parks in Zambia is undoubtedly located in the north-east of the capital reserve South Luangwa. The protected area is about nine thousand square miles, a significant part of the Luangwa Valley, the left tributary of the great Zambezi. A gateway to the river valley is the Chaypata town. The city is located south of the reserve and, therefore, is somewhat closer to Lusaka . North of the conservation area is the Mpika city where the Luangwa National Parks Board is located next to the North Luangwa. To attend the reserve is equally convenient as the city is near and the traveler has the opportunity to stay in the comfort of the hotel. Going on a fascinating tour through the park is interesting to remember that this is where the idea of the so-called walking safari. Do not think of a better way for closer acquaintance with the wildlife than a leisurely walking tour. Walking safaris are conducted in the park every morning, there is also an opportunity to participate in the jeep safari in either case, the group will not exceed 6-7 people. And, by the way, if we are talking about the safari, it is useful to recall the significance of the word "safari" - translated from Swahili it means 'journey', but in English and other languages "safari" is not just a journey, but also an experience related to the observation of wild animals. So, go on safari!

The first thing that impresses the traveler in the Luangwa Valley, not even a variety of animal species living here, and wonderful, beautiful landscapes stretching thousands of miles an infinite strip covered with lush grass plains, picturesque lagoon. The rich vegetation grows on fertile soils, consisting of sediments of the river, flowing during heavy rains. Luangwa often changes its course, eroding beaches, many forms of temporary hoses and inlets. Close to the forest a flooded area thrives, consisting mainly of mopane trees. These trees grow well in heavy clay soil and resemble tall oaks. Mopane forests in the valley of the Luangwa are great belt of forest, crossing the continent of Africa from Angola to Transvaal province in the Republic of South Africa . In the forests mopane can even see some animals that are not found in the area, but are found on the plains of East Africa. The most surprising among them are giraffes and antelopes Impala. In the dry season herds of buffalo, zebra and antelope are going to the river. Herds of elephants, drawn mopane leaves in South Luangwa Reserve more numerous than anywhere else in Zambia. If you are lucky, you can see the band, numbering 60-70 animals. Marshy places along the banks of Luangwa, warm water shallow creeks are inhabited by hippos and crocodiles. Even in the dry season in floodplain areas are a lot of swamps and puddles surrounded by thickets of high grass, which throb with life. Around such perennial water bodies are going to drink all the surrounding animals, herbivores and predators together. Interestingly, the elephants are the only African mammals (except for baboons) involved in the exploration and production of water. Deftly using the tusks, they scraped the dry land, deepening the trunk opening. Dug wells elephants can sometimes reach a depth meter, and these sources of water are used by other animals. Hard times have had to endure together. In addition to the 60 species of mammals, the national park is inhabited by a large numbers of birds, more than 400 species. In the rainy season, which lasts here from December to April, there is a great variety of migratory birds. Predatory hawk hobby, living everywhere in Eurasia and North Africa, by December moves into the miombo woods, where they remain for the entire rainy season. In Africa, these small predators feed mainly on termites, which at the beginning of the rainy season starts swarming, and they leave their nests. Artful falcon hunts for termites in the air, and even heavy rain hunting is not a hindrance. Unfortunately, because the terrain consists of lowland, it is categorically impossible to visit the reserve during the rainy season. So, see the masterly work of Hunter's hardly happen to, but a closer look at his young victims of the winged insect world is always possible. Especially even termites usually do not have to look for. Yes, this is it – a dome-shaped or pyramid-shaped building, several feet high and completely deserted-looking - always part of the landscape in any tropical country. Contrary to the idea of termites as the relatives of ants, the ants are not even distant relatives, too soon ... cockroaches. The very same word "termite" comes from the Greek "termes" which means "the end". Alas, in which a lot of bitter truth. After all, food is the only termite cellulose. In other words - wood.

The famous German traveler Alexander von Humboldt, in his time returning from a trip to South America, noted with regret: rare on this continent, you can see the book over fifty years - for books hunt termites. Pulp - not just books, it's wooden houses, furniture, articles of cotton, cane, leather ... Known funny - or scary? A story about a traveler who was fast asleep. That is, sleep clothed, and woke up naked - stripped of its termites so carefully that he did not feel and never woke up. No one ever sees termites. As a rule, only the results of their hard work. Strong house suddenly crumbles into dust, but the fact that termites manage, gnawing the object inside, outside to keep it perfectly intact. They, incidentally, cannot be otherwise, but from within it is itself a term, being weak and defenseless. He cannot live either in the natural environment or in the light, his eyes are atrophied, the chitinous membrane is thin and colorless. And instead of all that nature than it cheated - a unique talent to build firmly on the light house. The hardness and strength of the outer shell of the home is amazing. Most termites are preserved intact for many years, often longer than human life. In other areas of Africa, the old large termite mounds were first boundary post, the original boundary.

Write your Review on South Luangwa National Park, Zambia and become the best user of Bestourism.com 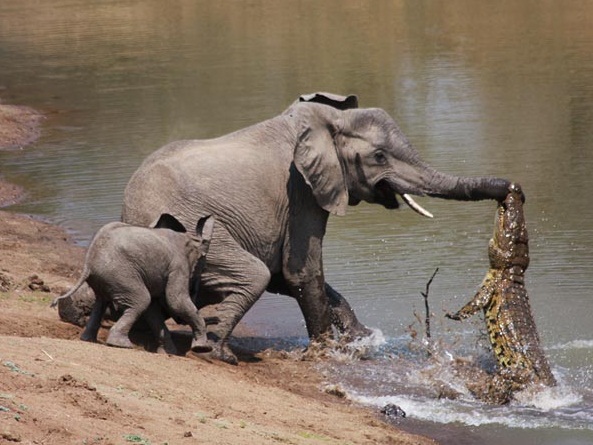 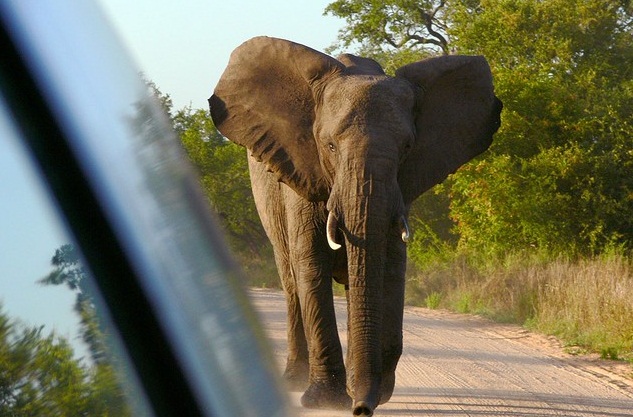