Lake Kariba is one of the largest  lakes in the world. The lake, covering an area of about 5180 square km, is famous for its scenic beauty, attracting many tourists who come here to ride under sail, ride a water ski, sunbathe, go fishing or try their luck at the casino. One of the most remarkable achievements of the engineering construction of the century became Zimbabwe's 112-meter-high dam at Kariba , blocking the path of the mighty Zambezi River and created one of the largest manmade lakes in the world. Commercial fishery is thriving on the Lake Kariba. In the valley of the Zambezi below Kariba Dam there are several regions of the safari, where elephants, buffaloes, lions, leopards, and all kinds of antelope live. Many persons are allowed to hunt with the proper authorization from the Department of National Parks and the maintenance of wildlife populations. Animals are divided into several categories: subject to hunt protected species and threatened species. The quota for the shooting is issued annually, depending on the population. Endangered species of animals are not subject for shooting, of course. Hunters will certainly accompany a professional hunter or a special guide. Usually the hunting season is opened from early May to late September. Each year the Department may grant permission for approximately 200 hunters. Hunters are not allowed to freely explore and photograph the animal sanctuary, fishing in the Zambezi River, or just enjoy the superb views. Throughout the year the temperature is between 26 and 37 degrees Celsius. The lake was created in 1958 after the construction of a 112-meter Zimbabwe Kariba Dam, which blocked the path of the Zambezi River and formed a lake with a total area 5180 km. In 1955, when the dam began to be built, Batonga people that lived in trees began to live in this area and they have been superseded the Happy Lake. They appealed to the god of the Zambezi River essentially fish with head and snake's tail, will destroy the dam, and in 1955 only 1000 years flood of such a force on the river nearly destroyed the dam. Despite this, the dam continued to be built. Numerous islands, clear water, fishing, water sports attract tourists. However, to swim in the lake is not recommended because of the large number of crocodiles and hippos. There are wonderful conditions for a safari in the park, which were created specifically for the rescue of animals from the advancing water. A rescue operation was called "Operation Noah". Located near Lake Forest Chirundu Fossil footprints from 150 trees millions years ago.

Write your Review on The Kariba Lake and become the best user of Bestourism.com

Maps of The Kariba Lake 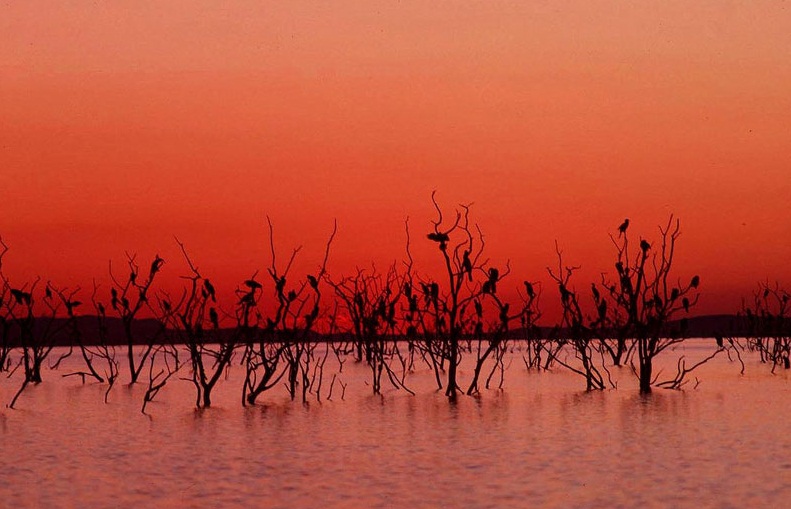 The Kariba Lake - Sunset at the lake 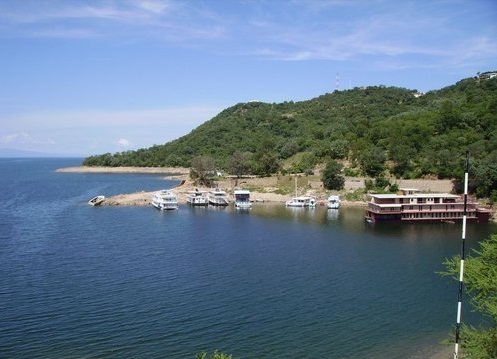 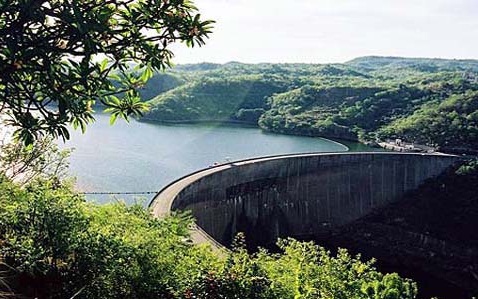 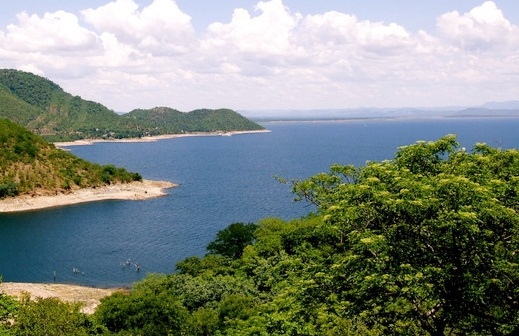