World Tourism / The Best Places to Visit in Zambia / Lusaka

The capital of Zambia is not and is unlikely to ever become a tourist center. This is a typical African city of 3.5 million, reminiscent immensely overgrown village with a single main street where are half dozen obvious "Soviet" high-rise buildings, some of which are still abandoned. And all around are slums of urban poverty, residence in which is not only necessary, but also totally dangerous. And yet, once you skidded on the black continent, it is worth to see it in all its glory, is not it?

Once everything was different. Up to 1905, where is now the dirty metropolis was situated a village with a romantic name Manda, to which the European colonists of Northern Rhodesia added "Hills" and this place was called Manda Hills . Being the capital of Rhodesia, the place stretched the rail line and the future Lusaka began its rapid growth, by 1935 becoming the main political and economic center of this British colony. In 1964, immediately after the independence of Zambia, Lusaka became its full-fledged capital. Walking along the main street of Lusaka, which bears the name "Cairo road", you can guess the historical landmarks of the young state before you read its story. Here, for example, inherent powers in expensive, gigantic and mediocre projects are absolutely useless and harmful to the citizens. Here is the building of the National Assembly and the National Museum of Zambia. This is not just a house, and the National Museum of the state, seemingly is the epicenter of Zambians pride and a magnet for tourists surrounded by a rusty clumsy fence, overgrown with weeds for that and littered with garbage wasteland. The crane according to the locals is worth for many years. Not far from the National Assembly is a monument to freedom and independence. The monument of freedom reflects the extremely complex situation in Africa of the past 60-70 years of the XX century. The colonial British, French and Portuguese Empires quickly collapsed, and the people of Africa quickly rushed to divide the land and the property left by the whites. The Zambian leader at that time, Kenneth Kaunda, to his credit, did all in the name of preserving the integrity of Zambia, and did not allow any inter-tribal feuds. Dalos price is not easy, because Zambia has become a thoroughfare and a base for the oppositions of all kinds and nationalities. It is in units operated in Zambia Chimurengi against the white leadership of Southern Rhodesia, led by the current President of Zimbabwe, Robert Mugabe, that can be found in the report "Three days in a brothel Zimbabwe. "In addition, under the pressure of the Soviet bloc, Kaunda allowed the rebel movements of Angola, Mozambique and South Africa to use the territory of Zambia. It could not affect the relations of this country with its neighbors. Zambia is geographically landlocked, and the beginning of 70 - ies completely spoil its relations with its neighbors, faced with the need to find a way into the outside world. The border with Rhodesia was closed, closed the border to South Africa, Zambian goods and demanded the expulsion from the territory of Zambia ANC, whose leader, Nelson Mandela, later became the first black president of South Africa. The relations with the Congo were bad in Angola was war. In the end, the Chinese began the construction of a railroad Tazara, leading from Lusaka to Dar Tanzanian es Salaam, on the shores of the Indian Ocean. The blockade was broken, and tourists still have the opportunity to ride across southern Africa by train. Of course, if you do not mind to spend in the car from 2 to 6 days, depending on your karma and the technical state of ancient locomotives. Decide to make such a trip, be sure to read the posh site seat61 on the railway, however, as any other railroads in the world. Lusaka is located in the center of the historic hotel building Lusaka, built in 1912 and got its current name in 1926. In those years, the city population was only 2,300, one-third of which were Europeans. This is a nice colonial building stood in the middle of verdant parks, and nothing disturbed the rhythm of life of the power of its inhabitants .

Representatives of many African tribes - mostly people of Bantu language group, as well as a number of people from different European countries peacefully coexist here. Africans hold, as a rule, their traditional beliefs of the Christian population of the capital dominated by Catholics and Protestants. The official language is English. Lusaka is not only the economic center of the country, but also its cultural and political center. Here in the capital, there are major political developments for Zambia – the Presidential election, the election of Members of Parliament in 1991, was held to adopt a new constitution. In the capital, for the majority of schools in the country: the University of Zambia Institute for the Study of Africa, many colleges - pedagogical, technical, agricultural. In Lusaka, the headquarters of the National Research Council and the public are engaged in the protection of wildlife and nature of the country. There is, of course, a cinema and even a theater - the scene of success with amateur groups still perform. Lusaka 's interest to travelers and tourists are the National Museum, the Zinta community where exhibits reflect the rich ethnic crafts, Zambia and Museum (village) of African life, anthropological museum. It is interesting to visit at least one of the available set of fine art galleries devoted to the work of African artists. There are many souvenir shops and stalls, where you can buy vending crafts handicrafts, a wide range of ceramics. There are now in the capital ultra-modern shopping centers, as well as several suburban malls, where most goods are offered, imported from Zimbabwe and the Republic of South Africa. You can fully enjoy the exotic local color visiting one of the traditional markets of Lusaka. This bright, colorful and lively atmosphere is not found anywhere else in the modern city. Thousands of stalls in the open air every day are filled with all sorts of things, and emptying at the end of the day. The Kamvala market, spread on an area of several shopping areas south of downtown is one of the attractions of the capital. Fans of nightlife can visit restaurants, bars and nightclubs. For those who prefer lounge sports, there are some beautiful large swimming pools, tennis and golf clubs in Lusaka where tournaments for the game of polo are organized. Lusaka is a modern city, an architectural ensemble which is dominated by new monumental buildings and old buildings were restored and are in order. The fact that it is the capital, will not forget that important fact, that the city is easily accessible from anywhere in the country - both ground and air transportation.

Lusaka has an international airport. The town itself was originally located along the railway line linking the former administrative center of the town of Livingston Brocken Hill (now renamed Kabwe). Later, the railroad stretched in several directions, including the coast of the Indian Ocean, linking Lusaka and the Tanzanian port of Dar-es-Salaam. The network of roads more extensive through the city lies all the main routes from the north to the south and from the west to the east. In the west the road goes to the National Park Kafue , a part of the largest national parks in Africa. It's no secret that the majority of tourists are coming to Africa for the sake of familiarity with its unique wildlife. Yes, Lusaka cannot boast historical monuments, as long as the city's history is so short, but the capital of Zambia is very colorful and attractive to those seeking new experiences. To visit the capital of Zambia is still worth it, because this is the real Africa!

Write your Review on Lusaka and become the best user of Bestourism.com 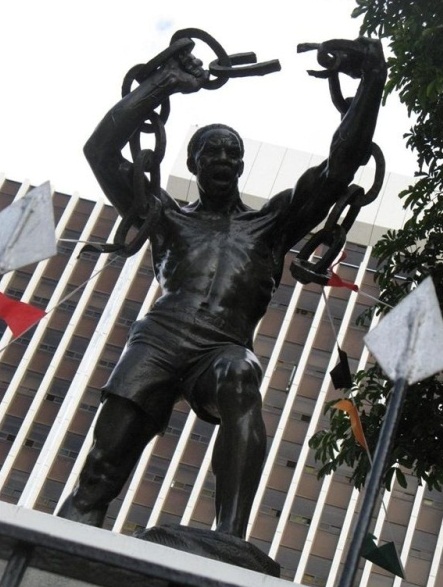 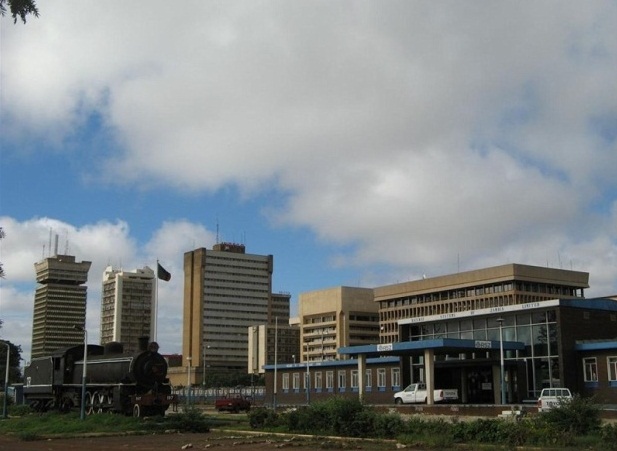 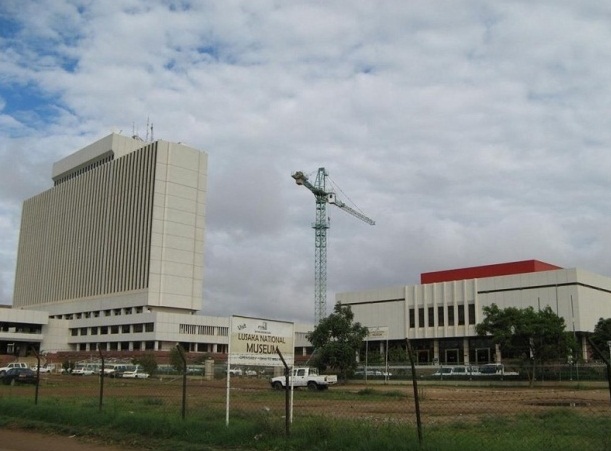 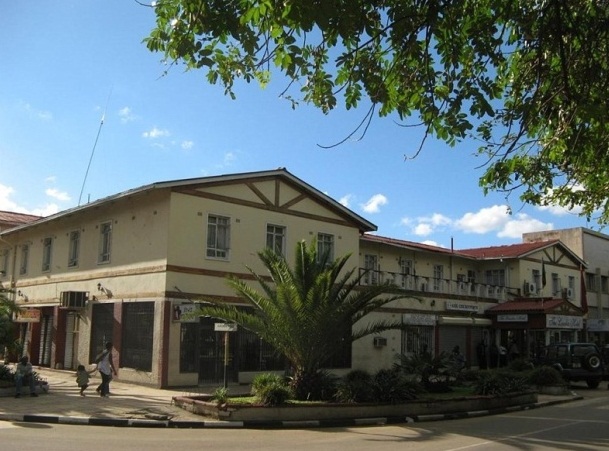 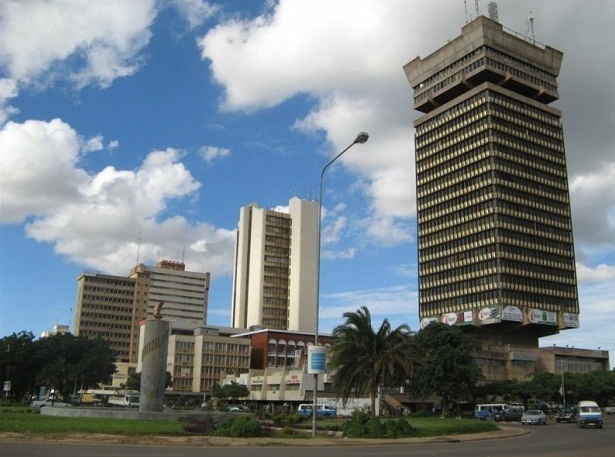 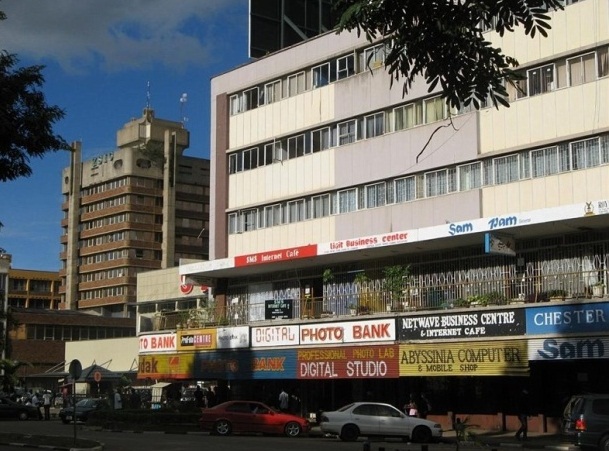