Victoria Falls is one of the wonders of the world, the largest waterfall in the world, an amazing natural phenomenon. It is located on the border between Zambia and Zimbabwe, where the fourth-largest river in Africa - Zambezi rushes down from a height of 120 m to 30 m in a wide gorge of the Kololi tribe that lived in these places in the 1800s, known as Waterfall Mozi-oa-Tunya, the large smoke of falling water. The majestic Victoria Falls, or rather, a huge cloud of spray which rises above it can be seen from a distance of 64 km. At the peak of the rainy season every minute break in basaltic rocks 2 miles wide rushes 546 million cubic meters of water. In this place of calmness the Zambezi river shallow turns into a real hell of boiling water. In November 1855 the Scottish traveler David Livingstone was the first European who reached the Victoria Falls. He heard about this miracle of nature four years before, when together with William Cotton Osvellom reached the headwaters of the Zambezi River. Later, in 1853-1856 Livingstone crossed Africa. As a missionary, he hoped to open the heart of Africa to the Christian missionaries. Surprisingly, the researcher was not at all enthusiastic about the opening of the waterfall, although later he repeatedly stated that he gave " great species that they had to please the angels in flight". Despite the annoyance caused by the opening of the Falls, Livingstone is still recognized that the greatness of the unique phenomenon of nature worthy of the name of the British Queen Victoria. Victoria Falls consists of five main components: Throat Devil (having a height of 30 m and 70 m wide), Main Falls (up 93 m and 1 km wide), Horseshoe Falls (elevation 108 m), Rainbow Falls (elevation 108 m) and East Falls (elevation 101 m).

On the very edge of the Main Falls is Livingston Island. In ancient times shamans and sorcerers were going to this island to perform their magic rites and sacrifices. In order to fully appreciate the enormous amount of power the giant waterfall and the water cut deep gorges at a distance of 8 km. You can examine the Falls from the air or, if you want to raft down. Pilots flying in the Upper Zambezi descend into the valley. It is unlikely you will ever forget this amazing feeling. Nearby is At the edge of the waterfall is located the Bridge, where you can admire the raging torrent of water in the depths of the gorge. Also in the wet, misty rain forest at the top of the waterfall trail, the brave visitor who is not afraid to get wet to the skin in a huge cloud of spray, can enjoy the incredible spectacle Ngoni falls. Another vantage point for observation is on the other side of the bridge " the knife blade", which was built in 1900 on the orders of Cecil Rhodes. There is also a "tree inspection" where you can enjoy panoramic views of the waterfall and fully appreciate the greatness of the miracle of light. The combination of the dark green of the river bottom in shiny rocks and emerald-green foliage makes a truly memorable landscape. The main attraction of the country, with no doubt remains the famous giant Victoria Falls. The Zambian side of the waterfall, sometimes undeservedly forgotten describes this wonder of nature, but on the other hand, it provides a much smaller influx of tourists and improved access to the lookout for more than advertised Zimbabwean side of the waterfall. Close to the Falls is the archaeological site and a small museum with exhibits, often coffers right before your eyes from the open excavation immediately. The business card of the Museum are the anthropological findings, and in the first place - the remains of a variety of human-like, showing that the people or their ancestors had inhabited this area at least 2.5 million years ago. At 300 km. downstream of the Zambezi from Victoria Falls there are the spectacular waterfalls Ngoni . Fortunately for tourists, this wonderful place is free from the influx of visitors and other tourism attributes its more famous counterparts. Admittedly, these waterfalls are less in height, but not less picturesque than Victoria - the water is falling in several stages and a wide expanse of stages has a magnificent view.

Write your Review on Victoria Falls and become the best user of Bestourism.com 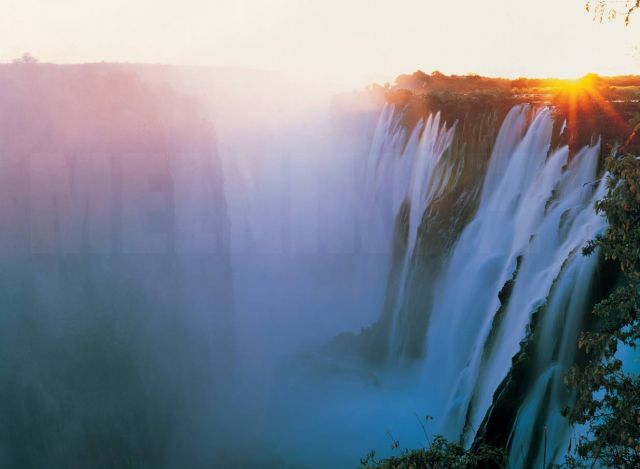 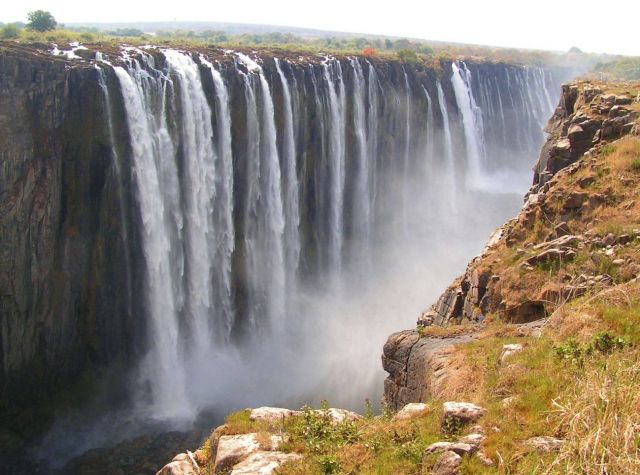 Victoria Falls - The Largest Waterfall in the World 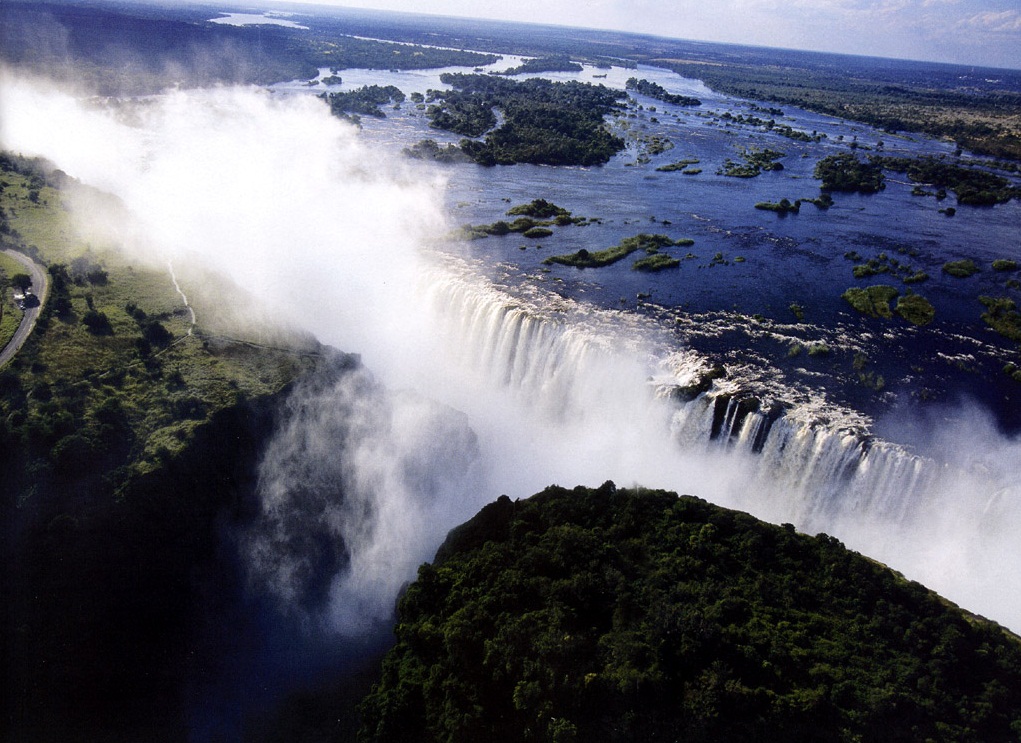 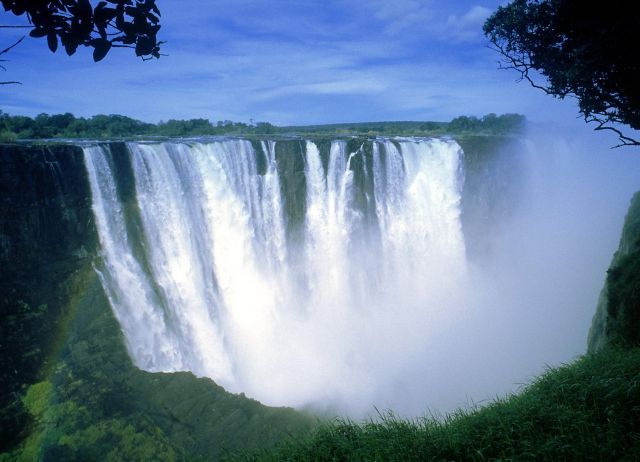 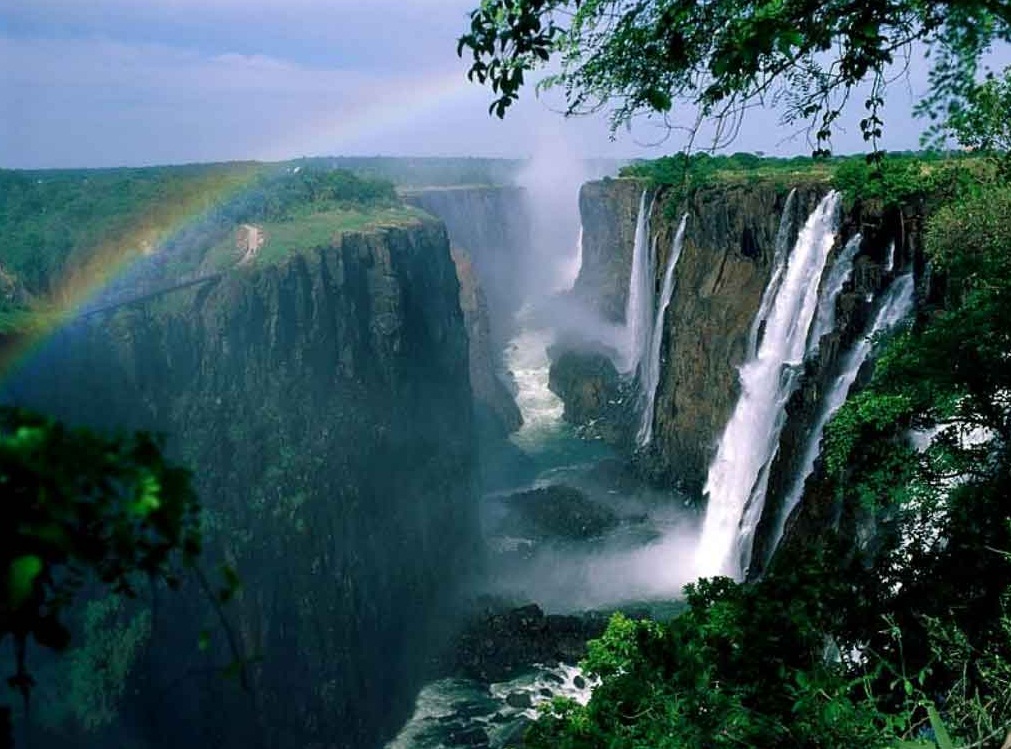