Thanks to the active volcanoes, the island has beaches with dark sand. Besides the beaches, with an interesting shade of sand, Sumatra has gorgeous, pure mountain lakes. Sumatra is an island with many interesting places. Here are the ruins of palaces and temples of ancient times. There are many interesting attractions gathered on an expensive resort, called Parapat. The resort is situated on the shore of Lake Toba and keeps the palaces and tombs of the past. In the north of Sumatra, is one of the largest reserves of the country, under the name of Gunung Leuser. This reserve is under the protection of rare animal species such as tigers, orangutans, wild bulls and rhinoceroses. In addition to the animals in the reserve it is worth to mention the beautiful rocks and the landscape of the area.

The island of Sumatra is the fourth largest island in the world after Greenland, New Guinea and Borneo (Kalimantan). Its length is of 1800 km, the maximum width - 435 km. The area of Sumatra is of 473 km2 (according to other sources - 435 km2). Sumatra is part of the Republic of Indonesia. The population of Sumatra is of 28 million people.

Sumatra is the most westerly of the main islands of the Indonesian archipelago. The island stretches from the northwest to the southeast and it is located in both hemispheres and, thus, it is divided by the equator in almost equal parts. To the north-east of Sumatra is the Malacca (Malay) peninsula, separated by the Malacca Strait. To the southeast of Sumatra is the island of Java, separated by the Sunda Strait. To the east of the island of Sumatra is located Kalimantan (Borneo), separated by mat Strait and the Natuna Sea. The western part of Sumatra is washed by the Indian Ocean. Sumatra is characterized by high seismicity of earthquakes with magnitudes up to 7-8 score. The relief of the islands along the southwest coast is mountainous (highland Aceh and Batak, mountain, the Barisan). The ridge cuts the longitudinal zone of faults and grabens on two parallel chains. The mountains of Sumatra are mainly composed of Paleozoic rocks - schists, quartzites, limestones, with outputs of granitic intrusions. There are many volcanoes, including twelve active volcanoes in Sumatra. These are "strato volcanoes with calc-alkaline magmatism, with a predominance of andesites, dacites and rhyolites." In the central part Barisan mountain range - the highest point of the island of Sumatra is an active volcano Kerinchi or Indrapura (3805 m). Among other high volcanoes is Dempo (3159 m), Merapi (2891 m). The northeastern part of the island is a low-lying plain, made of river sediments.

The climate is equatorial, hot and humid. Monthly temperatures vary from 25 to 27. From December - March are dominated by north-easterly winds from July - September - southwest, from the Indian Ocean. The annual precipitation is of 1000 mm in the east of the island up to 4000 in the west, and in some mountainous regions up to 6000 mm. There are many rivers in Sumatra. The largest of them is oriented to the northeast. The main rivers of Sumatra are: Campari, Inderagiri ,Hari, Musi. Sumatra is rich in lakes. The largest of them is the Lake Toba.

Located in the caldera of a giant ancient volcano, it is the largest and the deepest lake in South-East Asia. The lake has 100 km, the width is of 40 km, the area is of 1145 sq. km. The depth of the lake is more than 450 m (from other sources - 433 m). In the middle of the lake is an island Samosir (530 sq. km., approximately the same as Singapore). On the island there is another Samosire Lake - Sidohoni (small size). The surface of The Toba Lake is located at an altitude of 906 m above the sea level. Once the water level in the lake was of 150 m higher, and it continues to gradually decline.

30% of the territory is covered by tropical forests of Sumatra. Particularly well-preserved forests are in the mountainous areas. The humid equatorial forests of Sumatra to a height of 1500 m are dominated by rubber plants, different kinds of palms, giant bamboo, tree ferns, lianas. The mountains above 1500 m common tropical forest is dominated by evergreen oaks and laurels, as well as broad-leaved deciduous (maple, chestnut) and coniferous trees. Above 3000 m grow stunted forests, shrubs and grasses. In the intermountain depressions sheltered from the moist winds, there are areas of savanna. At the low-lying north-east coast widespread mangrove swamps. The fauna in the forests is diverse. Common animals are: orangutan, siamang, gibbons, macaques, flying lemurs, the Indian elephant, the black and the brown tapir, the Sumatran rhino, zebra pig, leopard, civet cat island, Malay bear, the various types of protein, bats, many birds, a variety of amphibians, reptiles and insects. The biodiversity of vertebrates in Sumatra are: 196 species of mammals, 194 reptiles, 62 amphibians, 272 fishes and 456 birds.

The first state in Sumatra was formed in the II century, in the VII century, virtually the entire island was occupied. Sumatra was part of the Majapahit Empire, and the XVII century to the middle of the XX century the island was a colony of the Netherlands. On August 17, 1945 Indonesia gained independence and became a part of Sumatra.

The economy in Sumatra is based on agriculture and mining industry. Rice, rubber, coconuts, coffee, tea and tobacco are cultivated in Sumatra. Sumatra and the adjacent islands are rich in natural resources (oil, iron, coal, gold, nickel, tin). The oil production in Sumatra is 4 / 5 of all mining in Indonesia. There are oil refineries, textile and food companies. Main ports: Belavan (around Medan), Palembang, Padang.

It means "High Hill". This is one of the nicest cities in Indonesia. It is located in a valley at the foot of Agam volcano Merapi (2891 m) and Singgalan (2877 m). The cool climate is due to the elevation of 900 m above the sea level. The historic city center is Fort de Kock with a Dutch fortification, built in 1825 by Jam Gadang (literally "Big Clock") - an architectural landmark of Bukittinggi. The population is of 91 000 people. It is the center Minangkabau culture of peoples.

This is the provincial capital of North Sumatra (since 1915). It is the largest town on the island (2 million). Guru founded the city in 1590. Patimpus first settlers were the Bataks. Medan was the descendant of the indigenous people of North Sumatra. He was a member of the Sultanate of Delhi before being captured by the Dutch colonists in 1872. The town has many Javanese, who moved here in the XX century as a result of government's immigration policy, which aims to the resettlement crowded on the island of Java. The Chinese living in Medan, control a significant portion of the business in the city. Besides these, there is a significant proportion of Tamils. Attractions in Medan are : Masjid Raya ( the Great Mosque) and Maimon Istana ( the Palace of the Sultan).

Write your Review on The Sumatra Island and become the best user of Bestourism.com

Maps of The Sumatra Island 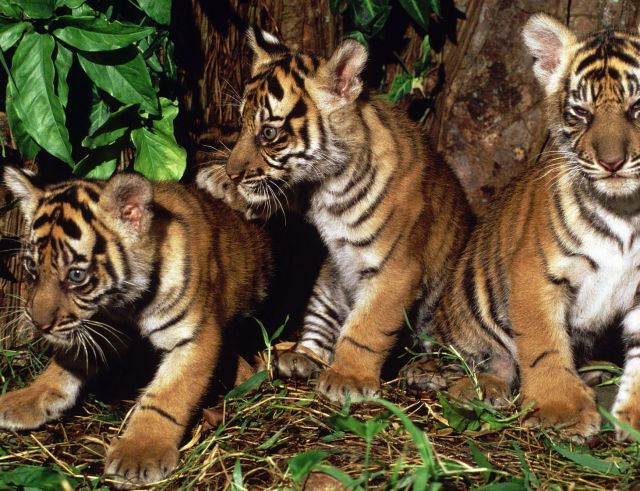 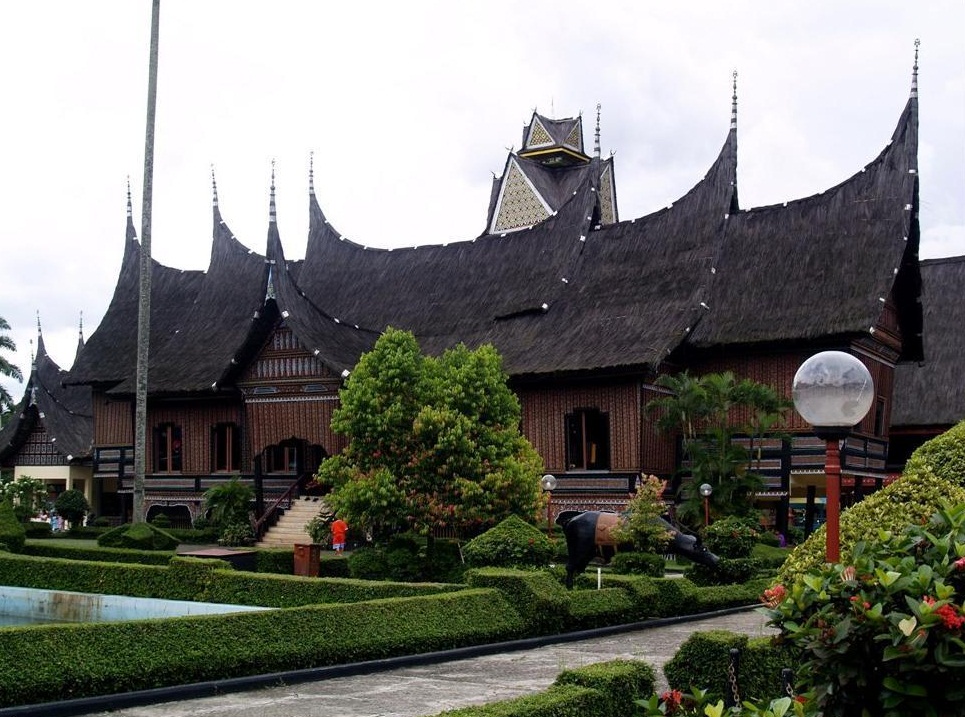 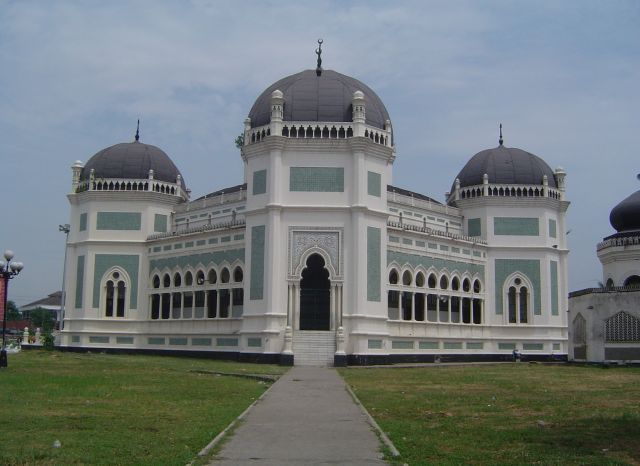 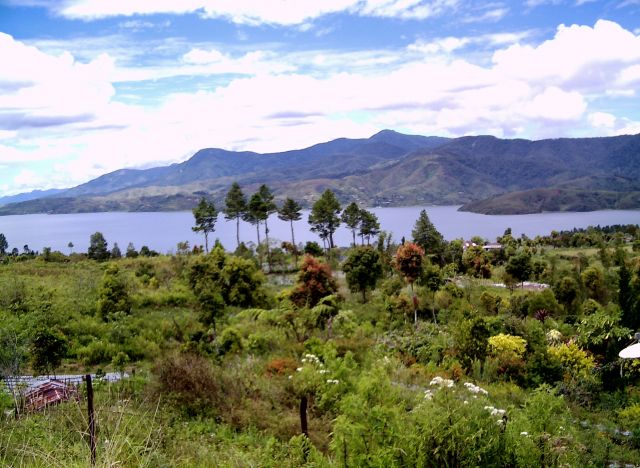 The Sumatra Island - West part of the Island 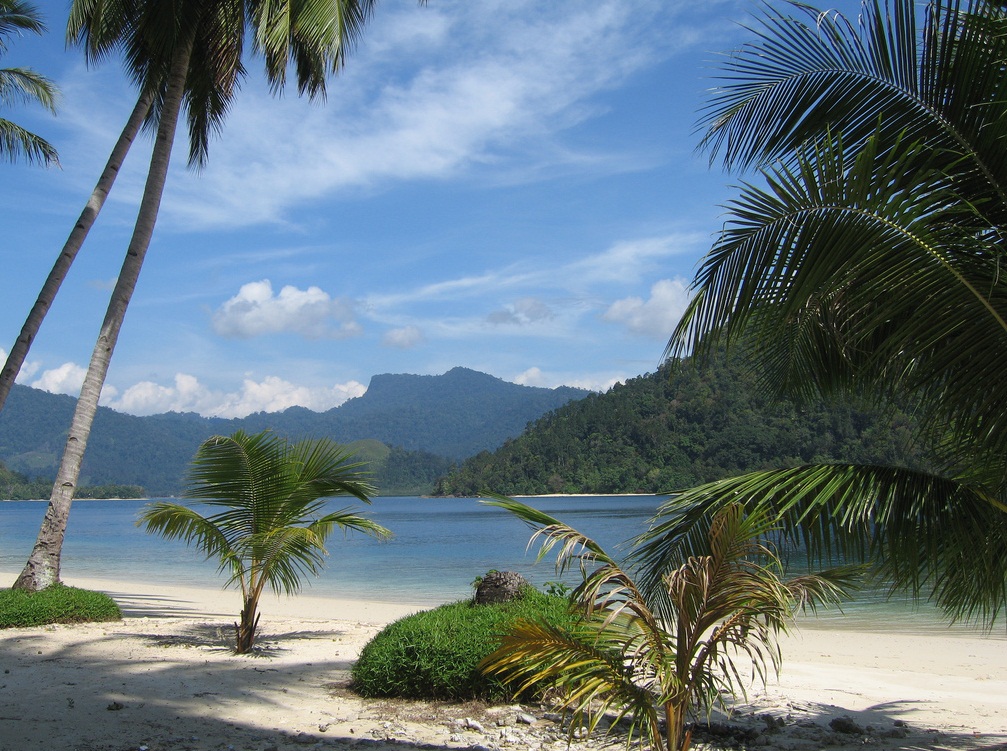 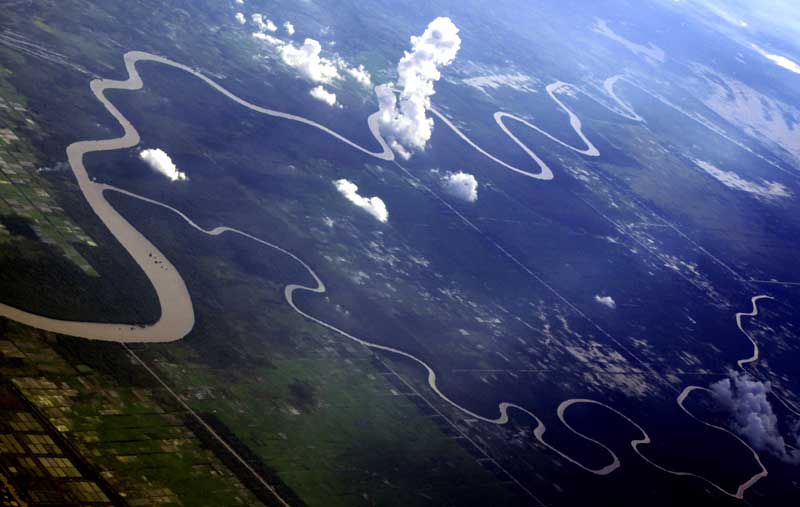