The Island of Java


The beautiful island of Java, located in the beautiful country of Indonesia , is the most populous of all the other islands, but despite this, there is still an impassable, tropical jungle on the island. Despite the fact that in Indonesia there are various large islands, many of the guests do not even guess, that Java is the main island. It is associated with the heart, hands, the head and the mouth of Indonesia.

For centuries Java evolved under religious influence. It professed Buddhism, Hinduism, Islam, the religion has long been replaced each other. Now about 90% of the Javanese are Muslims. The island has a lot of people very poor, but in spite of that they do not lose heart, as in Indonesia no matter they have than to enjoy life. The island has many volcanoes, some of which are active . The most famous and the highest volcano, which erupts more frequently than others, is called Seven and it is located in the eastern part of Java. The Tangkuban Dust volcano is also , as popular as the Seven, though not so active. The Tangkuban Dust is located in the central part of Java. The land of Java is very fertile, the yield here can collect even three times a year. Rice is always cultivated that is the prosperity of the island.

The renowned Java is an island located between two oceans, which preserves the beautiful, pristine, untouched nature, in spite of the large cities located on the island. The island of Java, stretches for 1,000 km from the west to the east and it is part of the most extensive in the world of the Indonesian archipelago. Despite the fact that it is the most populated island of Indonesia, at least 30% of its territory is still occupied by the jungle. In Java there are 120 volcanoes, 17 of them active, and they make up the volcanic chain, which is one of the most active in the world. Java is the economical and the geographical heart of the archipelago. To the west of Java, Sumatra is located in the north - Kalimantan in the east - Small Sunda Islands (among them - Bali). The south of the island is washed by the Indian Ocean. Three world religions - Hinduism, Buddhism and Islam, one after another over the centuries, left an indelible imprint on the culture and the life of the Javanese. Despite the fact that three quarters of the population, especially in rural areas live below the poverty line, you will not find anywhere else despondency - Indonesians have accepted under any circumstances, to enjoy life! Java relief forms high mountains. On the island there are at least 15 peaks, which reach heights of 3000m. The south of the island is covered by mountains and several plateaus. The north is stretched along the coast plain. But everywhere in Indonesia, the land is extremely fertile. Some places gather three crops a year.

In Java in the early morning is always sunny, but in spite of the dry season it can rain till the evening . Do not be afraid of rain in Java, they are very warm! The average temperature of the air is not lower than 23, except for the top of the Seven, where at sunrise may be 0. The water in the Indian Ocean at this time has a temperature of 23-27 degrees. Java is one of the most fertile islands in the world. If you stick in the ground of Java, to grow a tree. So powerful, the Javanese kingdom left a trace in its history. The cultivation of irrigated rice has laid the foundations not only of a society but also the prosperity of Java.

Java is an island of contrasts: an incredible luxury to poverty, romantic rural landscapes from ultramodern to metropolises. The most beautiful parts of wilderness are preserved here. Java is a narrow strip of land between two oceans, which is divided into three provinces: western, eastern and central. The West is the land with an ancient royal city the Sundanese Chirebon, the chic beach Pandarane, the remains of the famous and the terrible Krakatoa, the wild beauty of the national park "Jung pendant."

Jakarta is the geographical and the cultural heart of Java. The initial bloom falls on Hindu ( the 8th century) and Buddhist ( the 10th century) dynasty, who left the unique monuments – the temples of Prambanan and the famous Borobudur, the largest Buddhist temple in the world. After a long period of decline there was a new peak in the late 16th century with the advent of Islam. Now it is the center for the arts and the spiritual center of the island.

Malang is a complete contrast to the Geauga, founded by the Dutch colonizers in the 18th century in the center of the giant coffee plantations. Bogor is a place, thanks to the mild climate during colonization favored by high-ranking Dutch to villas and country residences. Sukarno's Palace is here, as, indeed, the world's largest outdoor botanical garden.

Garut is a small town surrounded by wooded mountains with endless rice terraces on the slopes. Semoro Lavang, Rana Pan, Kaliurang - Indonesian countryside, standing at the foot of the volcanic massifs, with a life typical of most of the farms of Java. Kaliu range is to monitor the volcano Merapi.

Pagandaran is a village on the Indian Ocean, known for its beaches and rich marine life. Do not forget, Java is not Egypt, the length is measured in kilometers of beaches here!

The Merapi volcano (2911 m) is to transfer the place where the fire is burning, one of the ten most active volcanoes in the world. The catastrophic eruption of 1006 in the 3rd century turned the fertile land around a lifeless desert. Down the slopes of the volcano, lava is almost constantly flowing .

The Seven Volcano (3676 m) is the highest point of Java, in the past 6 years is in a constant state of explosive activity.

Wound Pan is the last village on the way to the volcano, on the slopes leading to the jungle, passable only by trail. Explosions follow from the southern crater at the top with an interval of 30-50 minutes. At the Volcano you can climb in time for the sunrise to watch from the top a vast panorama of mountains and the ocean. Approaching the southern crater depends on the immediate action and it is not always safe.

The Bromo volcano (2392 m) is a place sacred to the Javanese. The volcano is located inside the ruined ancient crater with a diameter of 11 km, the so-called calderas Tangger resulting from the volcanic catastrophe grand occurring here a few million years ago. The volcano is in a constant state of activity of the past 20 years, the crater diameter of 600 m and a depth of 200 meters all the time in the smoke. In the northern slopes of the volcano is a small working temple. This is the only active volcano in the world, on the rim of the crater which can be reached by concrete stairs which we do.

The Papandayyan Volcano ( with a crater at an altitude of 1800 m) is a collection of geysers, mud pots, boiling lakes and small craters. From the walls of the volcano flows a hot river (42 degrees).

Write your Review on The Island of Java and become the best user of Bestourism.com

Maps of The Island of Java 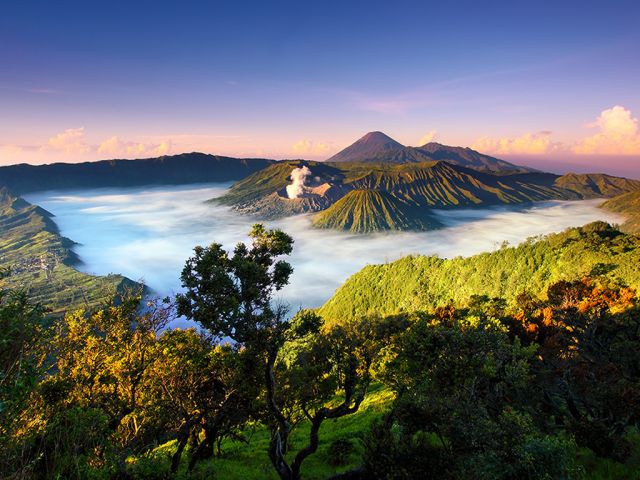 The Island of Java - Indonesian beauty 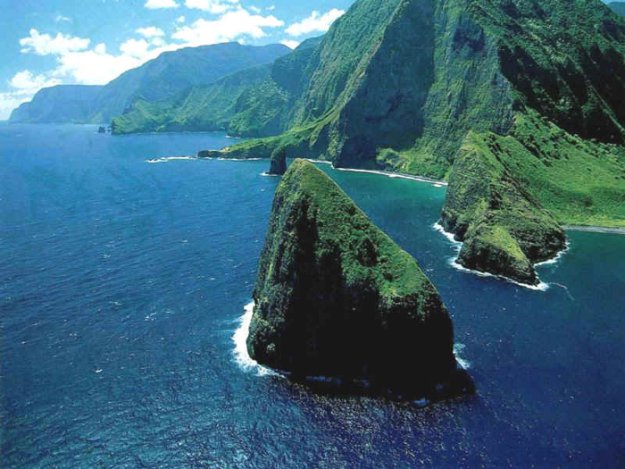 The Island of Java - Incredible view 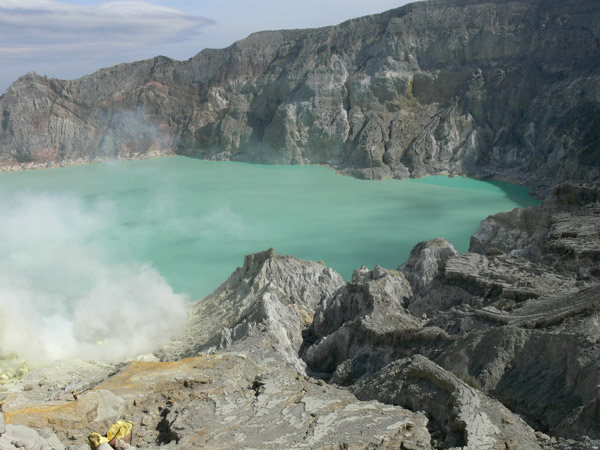 The Island of Java - Beautiful landscape 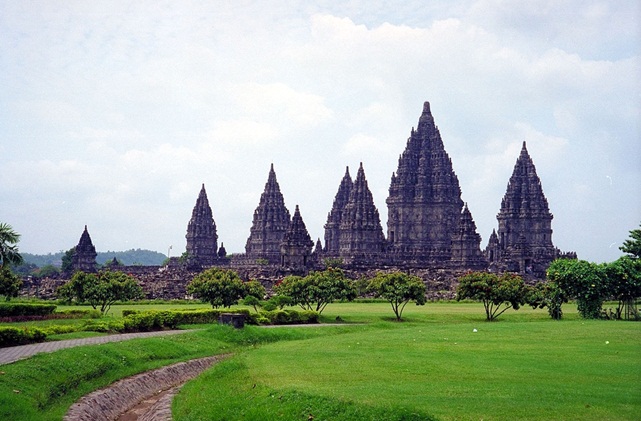 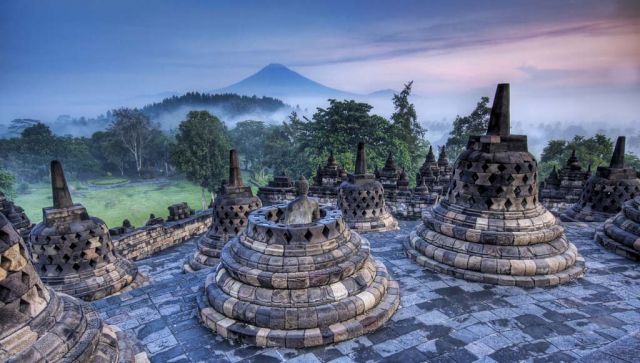 The Island of Java - The Famous Borobudur

Video The Island of Java