Reminiscent of the height of an orchid, the island of Sulawesi in Indonesia is the largest island belonging to an area of 174 600 km, the 11th largest in the world relating to the Great Sunda Islands. The Sulawesi Island has an unusual form: it consists of four peninsulas clearly marked, separated from each other by deep canyons, mountains and forests. The central part of joining them is mountainous, so the Sulawesi Peninsula traditionally lives rather isolated from each other, and communications between them are established more by sea than by land. The island is surrounded by the sea of the same name: the Sulawesi Sea and Makassar Strait. Sulawesi is administratively divided into six provinces: Gorontalo, the West Sulawesi, the North Sulawesi, the Central Sulawesi, the South Sulawesi and the Southeast Sulawesi. The Sulawesi Island attracts tourists for its diversity and unusual rituals of local residents. The friendly Indonesians, who inhabit the island of Sulawesi, love the bright celebrations and festivals. During the tours on Sulawesi is possible not only to become parties to these colorful events, but also to enjoy the variety of landscapes, mountain peaks, beautiful valleys and tropical forests. Diving in Sulawesi is considered one of the most rewarding and interesting sports in the world. In the depths of the sea these places are inhabited by countless species of tropical fish and almost all over the beach by beautiful reefs. Dive tours are conducted in four different areas: the Bunaken Marine Reserve is the main object of diving of Sulawesi, the Lembeh Strait in, a group of islands and the coastal waters of Bangka Manado.

Government agencies on the island of Sulawesi are opened from 8:00 to 15:00 on Fridays and till 11:30 on Saturdays until 14:00 or 15:00. Banks are opened from 8:00 to 15:00 on weekends, foreign banks are not opened on Saturdays. USD and the Euro can be exchanged for the Indonesian rupiah; VISA and Master Card are accepted at ATMs and large stores. Outdoor clothing is unacceptable, especially for religious festivals and temples, it is forbidden to sunbathe (Indonesia is a Muslim country). The use of drugs can be punished by imprisonment to death.

The climate of Sulawesi is tropical, with an average temperature of about +30 ° C. The rainy season lasts from October to April, and was marked with brief rain storm (Manado is located almost on the equator). The water temperature is of about +29 ° C. It is recommended to drink plenty of water and use a sunscreen with high protection factor, even while swimming and snorkeling. The island of Sulawesi is also known as the reserve traditions. Many different tribes live on the island. Thousands of tourists come here, to admire the stunning lakes, the coral reefs, as well as to visit the most interesting cave burial, museums, and enjoy all the charm of folk ceremonies.

Attractions of the Sulawesi Island

This complex comprises three temples, sanctuaries and it is located at five hours from the town of Prambanan. The most beautiful is the temple of the Lord Shiva. This complex of temples exemplifies the statues of gods, Durga, and Genesha Agashta. A very interesting legend is about the statue of Durga, also called Loro Dzhongrang. According to the legend, the name of Loro Dzhongrang was of a Javanese princess. She had become the wife of a Prince, whom she did not like. The princess agreed to marry him on condition that he builds a church with thousands of articles in the time between the sunset and the sunrise. The Prince accepted the condition and almost built a temple, with the help of supernatural forces, but the Javanese princess decided to cheat, not to marry him. It ignited a fire that the prince took him for a sunrise and did not have time to finish the temple. But the prince and the princess exposed a trick and was very angry with her, thus turning it into a statue. Now, it is considered that this statue is the most beautiful and graceful in the temple.

At the lakeside Bro, in the northern part of the island of Bali , for several centuries the temple is called Oolong, Dan. The temple was built in honor of the strength of the water in the lake, which is said to be life-giving and nourishing not only humans but also plants and animals.

The Balinese temple Goa-Love is the most mysterious of the island. The gloom attached to this place that is at the entrance to hang around the bats. These animals are considered sacred. Goa-lava, literally means the "bat cave".

This temple is located on the island of Bali . It is built in traditional Balinese style, with lots of golden Buddha statues. But the highlight of this temple is an interesting thread, which decorated the temple walls.

The natural wonder, Mount Jaya, is located in Indonesia and it is its highest point. Above the beautiful, tropical forests, stands the magnificent beauty, the snowy peak of Mount Jaya.

Write your Review on The Sulawesi Island and become the best user of Bestourism.com

Maps of The Sulawesi Island 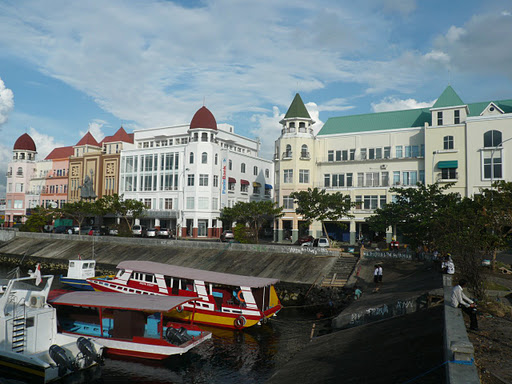 The Sulawesi Island - North of the Island 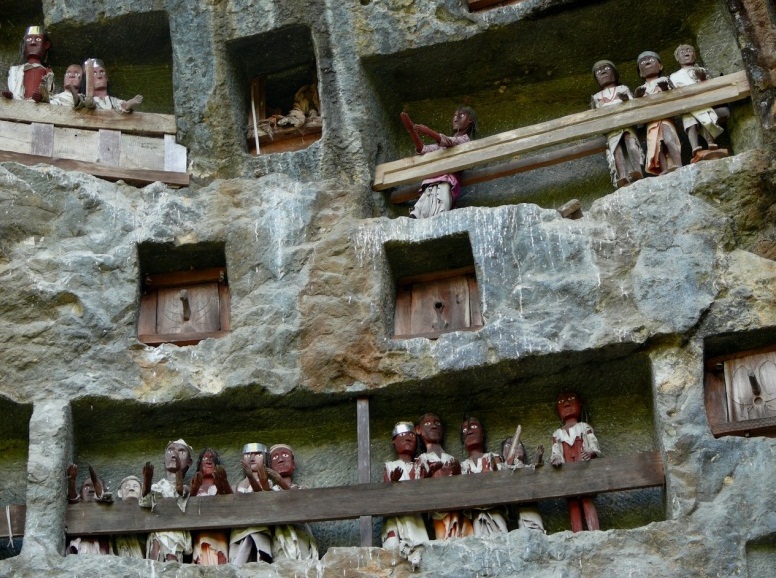 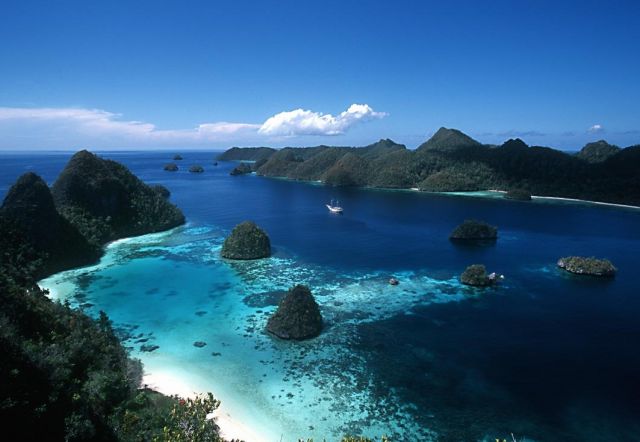 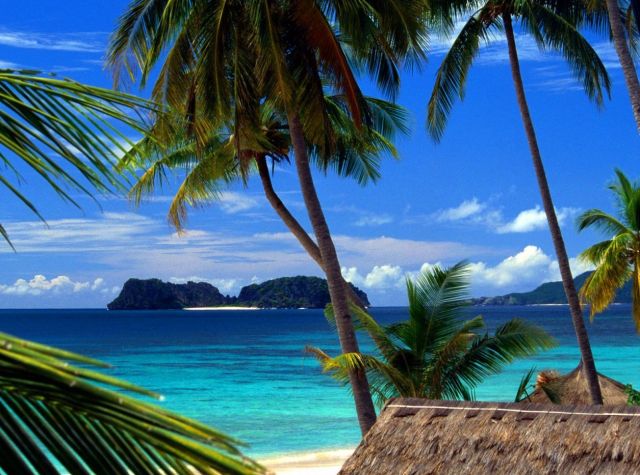