World Tourism / The Best Places to Visit in Algeria / Tipasa


Tipasa is another city located in the coastal ruins of the Roman military colony of Algeria. What is different here compared to other ruins is that the former city has imprinted architectural traces of several civilizations on it : Phoenician, Roman, Byzantine and Christian. Mausoleum, forum, basilica, the main road, cemetery, amphitheater, baths and theaters are still observable. Also, a series of local legends are known about this place.

Tipasa was an ancient Punic trading center on the Mediterranean coast, later captured by the Romans who turned the city into a strategic base for the conquest of the kingdoms of Mauritania. There is also a unique group of Phoenician, Roman, early Christian and Byzantine ruins, monuments of local culture, including the colossal mausoleum of the Moorish kings - Kbor al-Rumija. Tipasa includes a unique group of Phoenicians, Roman, Paleo-Christian and Byzantine ruins alongside local landmarks, such as Kbor er Roumia, great royal mausoleum of Mauritania. Tipasa territory, on the Mediterranean coast, 70 km west of Algeria, brings together one of the most extraordinary archaeological sites Maghreb. It is perhaps one that is most essential to the investigation of contacts between local civilizations and various waves of colonization from the 2nd century BC to the 6th century AD. This coastal town was the first Punic shopping center, a cemetery which is one of the largest of the Phoenician world (2nd - 2nd century BC). It was then conquered by the Romans who used it as a base to conquer the Moorish kingdom. The oldest Roman settlement located in the heart of the city on a steep slope is sheltered by cliffs and a protective wall of the unit. In AD 147, during the war, undertaken against Pius Antoninusom Mauritanians, this modest settlement had an enclosed wall, 2300 meters in length. This rampart, which is between the square and the round towers, consists of three main entrances, two of which are protected by semicircular fortified defensive works, comparable with those found in Gaul and Germany. Within this investment, there are important buildings located in the original core of the city and in its new quarters: a forum, Curia, capitolium, two temples, an amphitheater and baths. The impressive ruins of the public buildings are set in the heart of a dense network of private homes (many decorated with paintings and mosaics), commercial warehouses and industrial facilities. Christianity was established in the second half of the 3rd century (Tipasa later became a diocese), and there are numerous Christian religious buildings. A huge 4th century basilica with seven wings, a central passage which was later subdivided, and the baptistery, which is based on a circular plane, was located in the west on the Ras Knissia hill. Outside the fence the vast cemetery spreads around the funeral chapel, built by the Bishop Alexander as a resting place for his predecessor. After eastwards Basilica of St. Peter and St. Paul, and on the hill of St. Selsy must be considered a grave and the church, dedicated to this martyr, who became the object of pilgrimage around which evolved different cemetery. The vandal invasion in the 430s did not report a definitive end to the prosperity of Tipasy, but though the town was re-conquered by the Byzantines in 534, it fell into decline in the second century.

Write your Review on Tipasa and become the best user of Bestourism.com 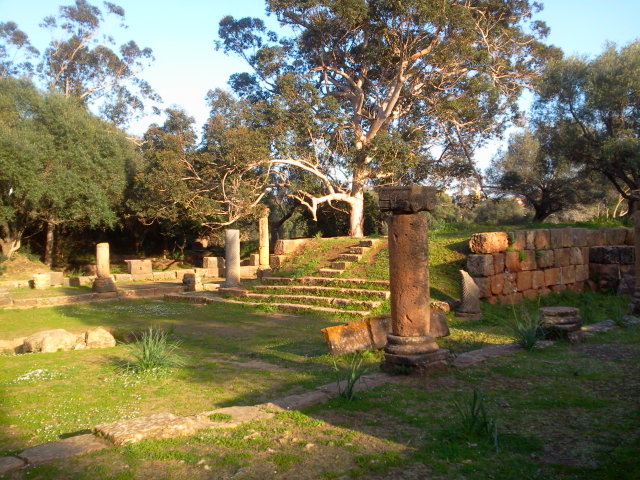 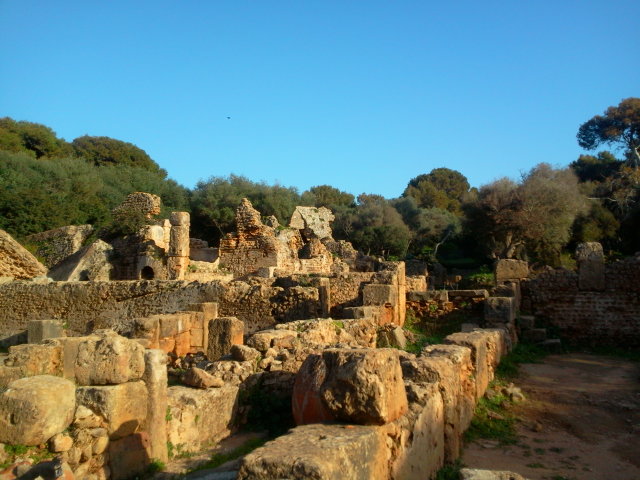 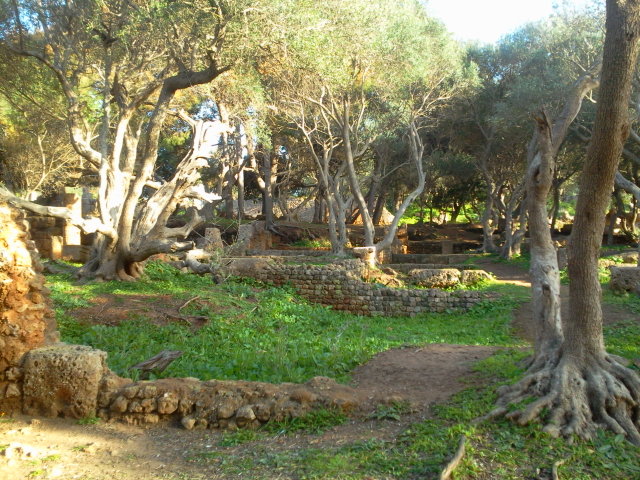 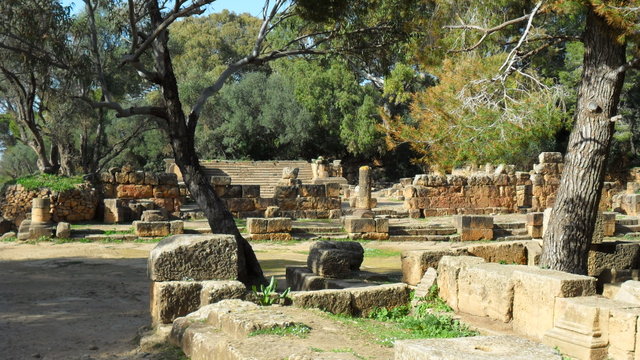 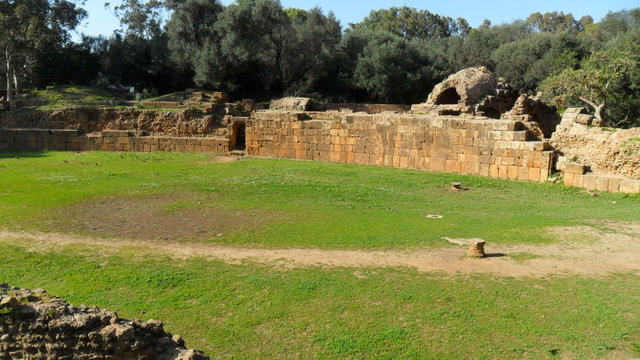 Tipasa - Ruins of the Amphitheatre 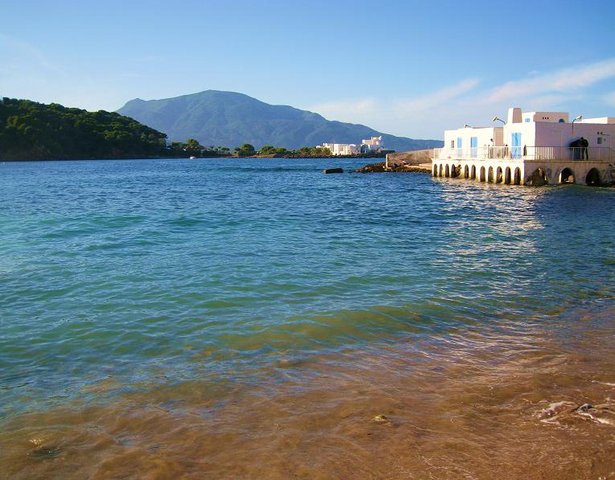 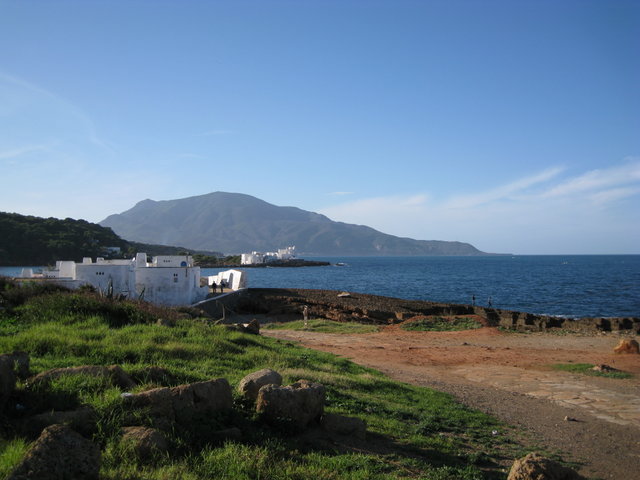