World Tourism / The Best Places to Visit in Algeria / Constantine


The "Eastern Capital" of Algeria is located near the border with Tunisia in the mountains on both sides of the ravine. This is the third largest city (750 inhabitants), the most beautiful and unusual city, not only in Algeria, but in the entire world. Constantine is considered to be the largest pearl in the Algerian necklace. There is a legend that once the rough river Rummel was carved in a rock island. On the island there was a city - Ksantis. The Numidian town was the center of the kingdom and was called Sarim Batima. In the history of the world it entered more as Cirta that from the Phoenician language means "city". However, the more likely the city received this name from the Berber "Thacirth", which can be translated as the "wheat mill of stone," the city always had a rocky appearance externally. It is assumed that the city was founded in 203 year Micipsa by the Greek colonists. The city was different from other cities in Africa magnificence of its public buildings and large populations. Later the city was conquered by the Romans and even got special civil privileges of Julius Caesar and was the center of a confederation formed by the Romans in North Africa. In 311, as a result of the war the city was destroyed, but in 313, it was restored by the will of the Emperor Constantine the Great and named in honor of his name. In the 7th century the city was conquered by the Arabs and called Qusantina. Gradually the city grew and became a prominent shopping center of its time, maintaining an active relationship with the major trading cities in Europe - Pisa, Genoa and Venice. In 1529 the town was intermittently part of the Ottoman Empire. Significant contribution to the architectural development was introduced by Salah-Bey, who ruled the city from the 1770 to 1792. In 1830, the region was invaded by French troops, and in 1837 Constantine was annexed to France, and since 1848 it was part of the French colony of Algeria. During the Second World War, during the campaign in North Africa (1942-43) Constantine, as well as the nearby town of Setif was used by the Allied forces as a military base. Constantine, throughout its history played an important role as a shopping center in the region. In the 20 th century it has become a major railroad center. There is a good network of enterprises, flour mills, tractor factory, producing textiles, wool, linen, leather goods, etc. in the city.

Due to its proximity to the sea, the climate of Constantine belongs to subtropical. The average annual temperature in the range is +15 ... +17 C. The coldest month is January, when temperatures can drop to 5 C, the hottest - July. At this time, the temperature rarely drops below 26 C. The best time to arrive here is in spring and autumn months. In Algeria, Constantine is a city with strong and wayward manners. There is no noisy fun, all the women are wrapped in black cloaks - mliyya. But in some subtle restaurants, you can see amazing belly dancings, which give oriental beauties. This delightful presentation inside an iron hoop, furnished with candles is a truly impressive sight. The city is always open to tourists to show their friendliness attractions: a palace, Ahmed Bey. Mosque Jamma el-Kebir, the Museum of Cirta, which is famous for its archaeological exhibits, the old city walls, built by the Arabs of the sculptures of the Roman period, the Roman citadel, the mosque Sidiel-Cattani (XVIII century), the palace of the XIX century, the healing power Meskutin Hammam, which cures all diseases (including diabetes, even). The temperature of water is if 98 degrees. The historical value of the city is two bridges - Sidi Rashid and Al-Kantara. Located at an altitude of 125 meters, bridges connect the two parts of the city - the ancient Arab, with small stylish modern, tall buildings and magnificent facilities. Walking through the picturesque and peculiar Constantine, you can be struck by its contrasts at every turn: a quiet peaceful street abruptly gives way to violent life, crowded markets, and there around the corner - a steep descent, and again silence and tranquility. Each landmark in the city tells a story that will take a totally different world, full of mysteries and secrets that you will want to definitely solve there!

Write your Review on Constantine and become the best user of Bestourism.com 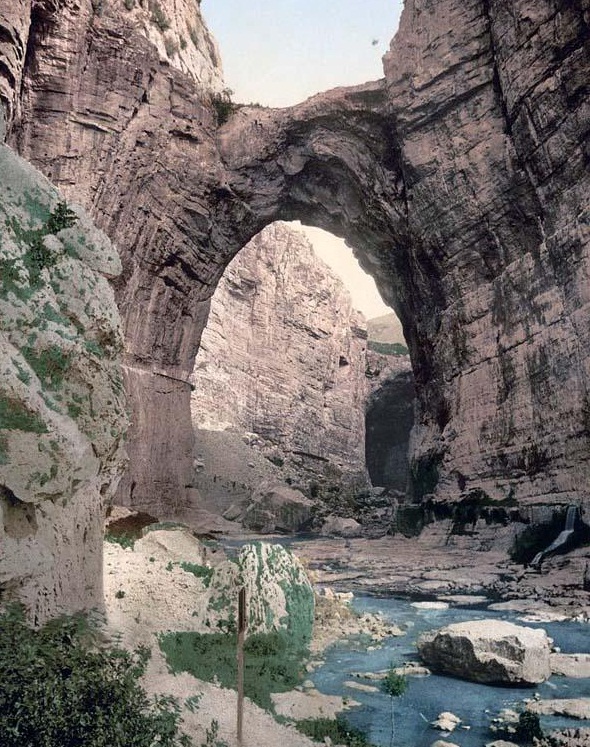 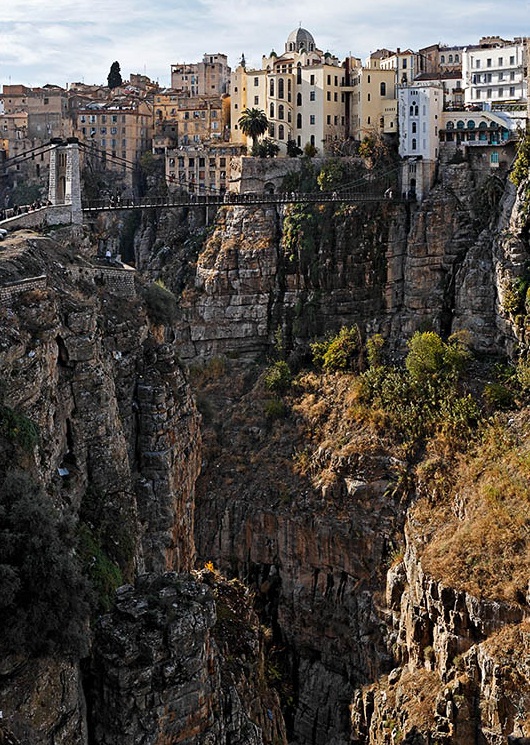 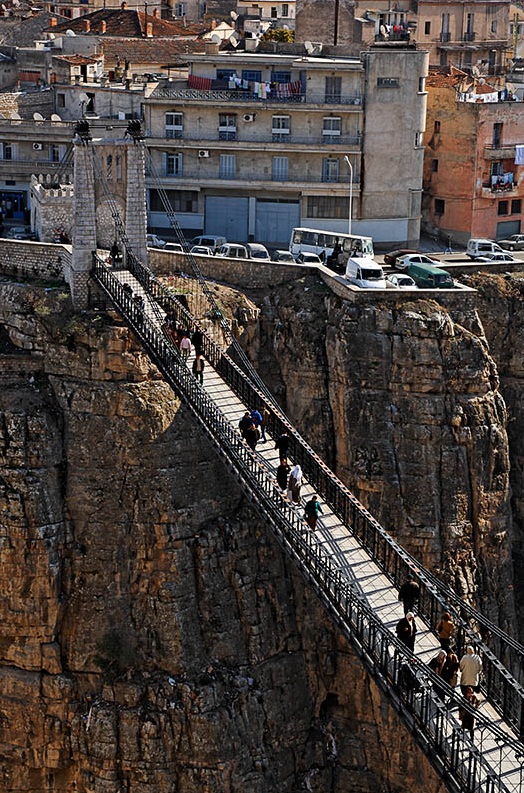 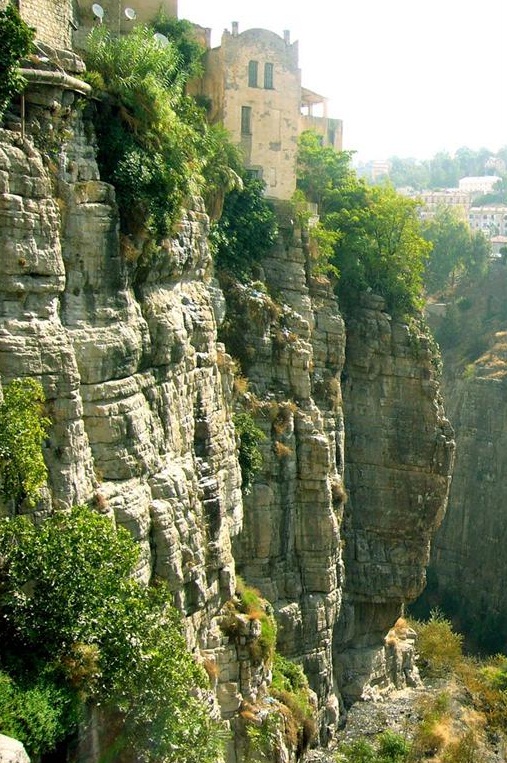 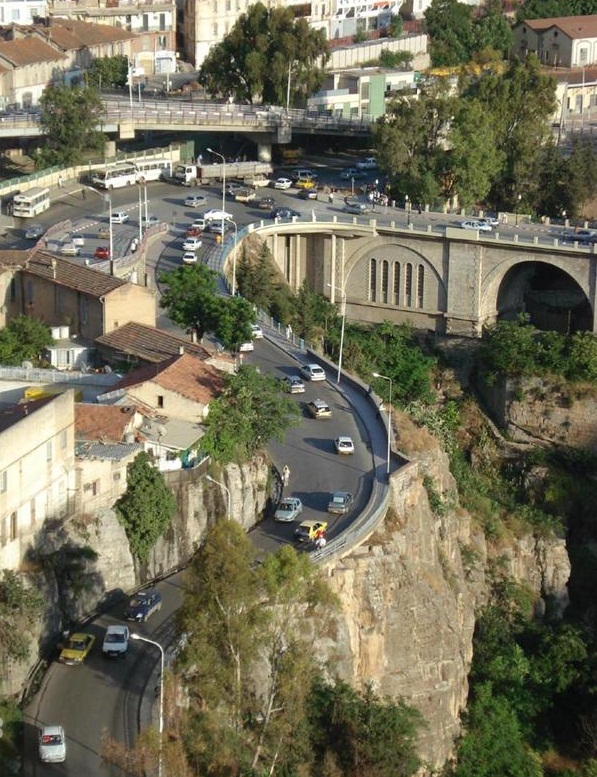 Constantine - Impressive road in the city 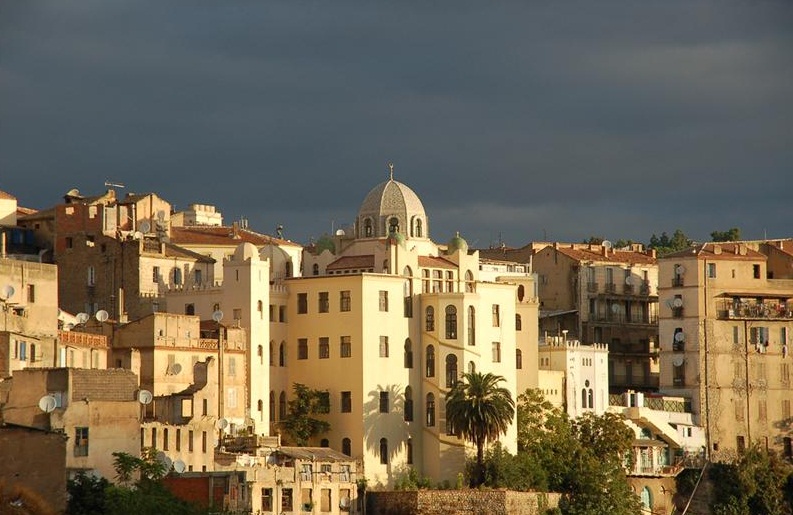 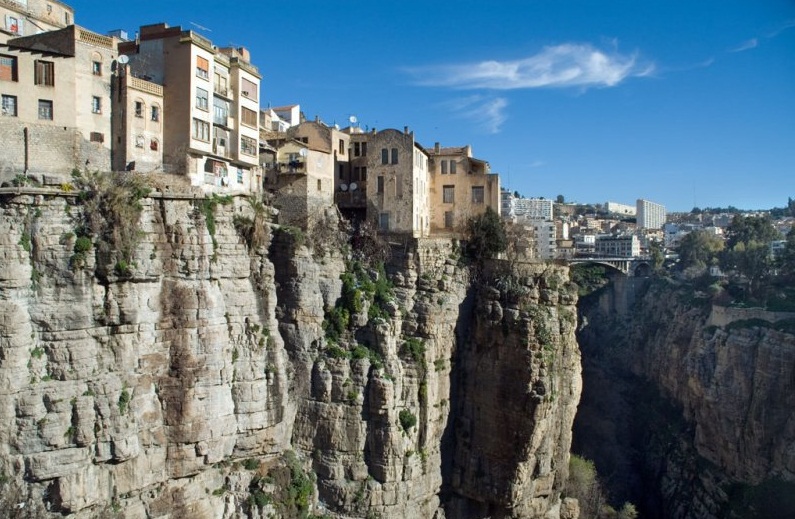 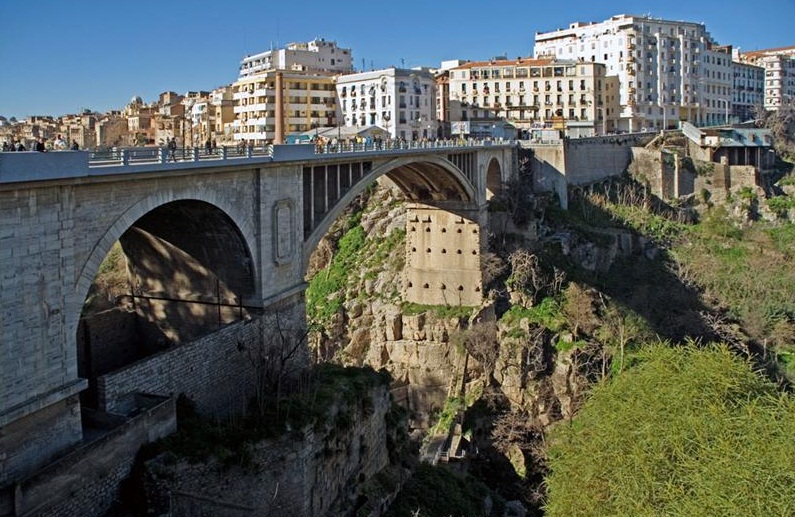 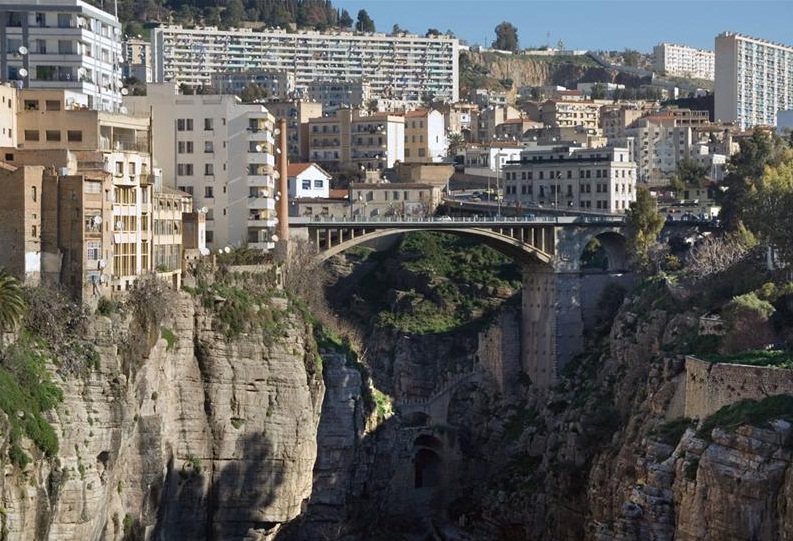 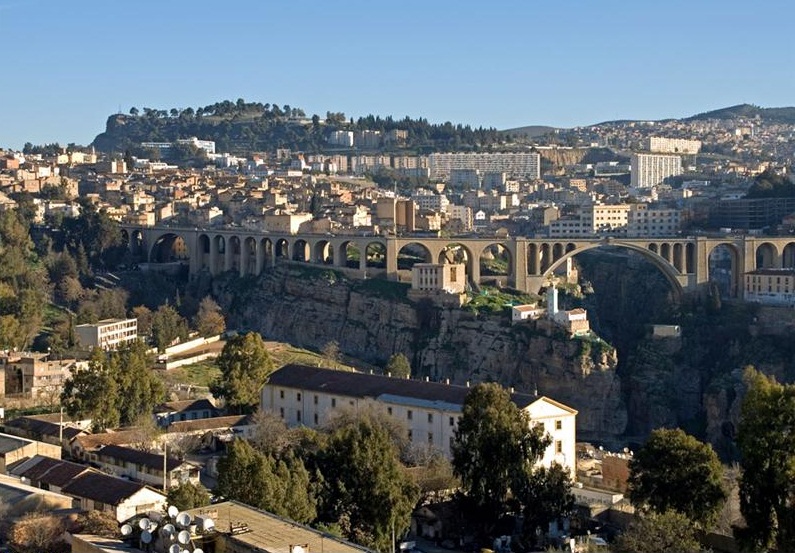 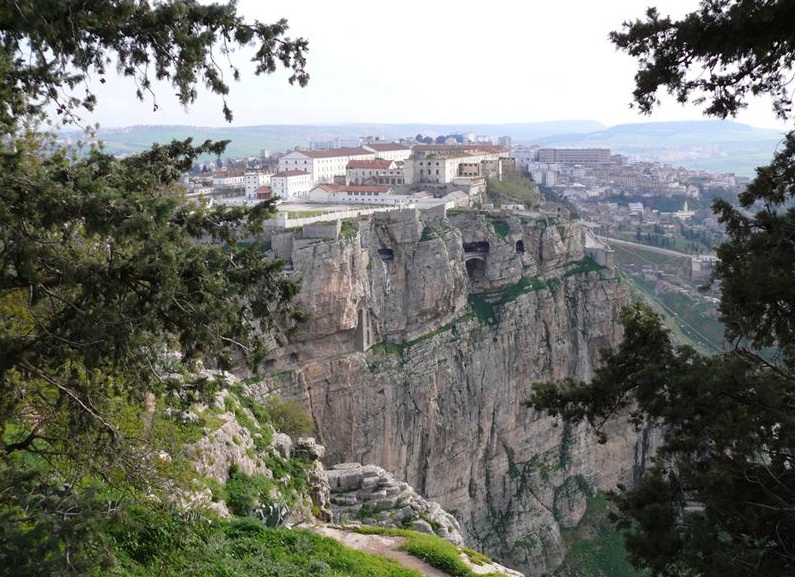 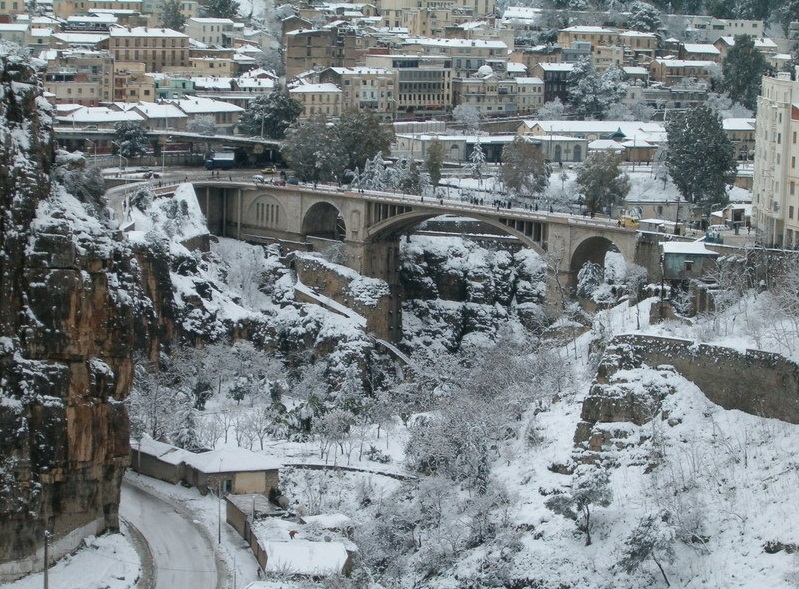 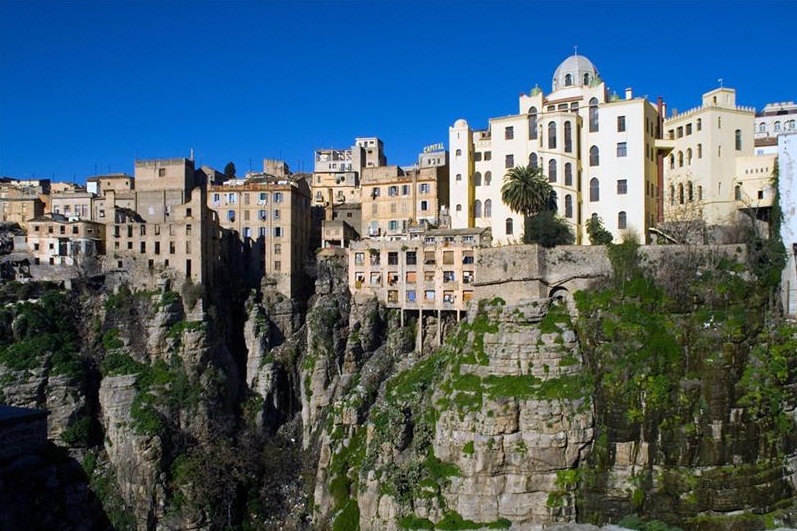 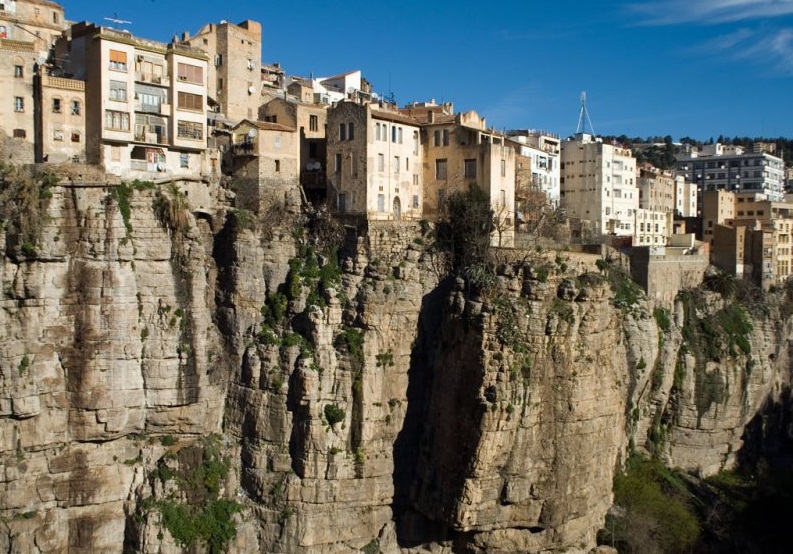