World Tourism / The Best Places to Visit in Algeria / Algiers


Algiers is the capital and the largest city of Algeria. The town's name comes from "al-Jazairi," which in Arabic means "the island" as before there were four islands close to the city that have become part of the mainland in 1525.

The city was founded in the X th century on the site of ruins of a small Roman settlement Ikozium. Originally it belonged to the Arabs, then to the Turks. In the XVI century, Algeria was tried to be taken over by the Spaniards, but they were quickly pushed out. After that, the city became the main base of the Ottoman pirates. In 1830 the French occupied Algeria and made it the capital of the city.

Algiers is the biggest port, economic and cultural center. The capital and its satellite cities (Greater Algiers) have more than 3.5 million inhabitants, most of them Algerians, but there is also the Berbers and the Europeans. It is built on the site of the Hi-Causey Port, founded by the Phoenicians at the end of the IX and then renamed by the Romans in Ikozium. On the ruins of Ikoziuma in 935 Berbers founded the city, known as Al-Jazairi which existed off the coast of the islands (the Arabic "al-Jazairi" - "Island").

Later the name was transformed in Algiers. Since the XI century. Algiers is one of the major ports in the Mediterranean. In the XIII century it was one of the centers of emigration of Moors who were expelled from Spain, the Reconquista. At the beginning of the XVI century. Algiers was owned by the Spaniards. Then, from 1516 to 1830, it was the capital of Algeria and of the Algerian government, which was a part of the Ottoman Empire. In 1830 the French captured the city, making it the administrative center of the colony of Algeria.

More than 130 years, Algeria has been the administrative center of the French colonies in Africa. As a result of the national democratic revolution in Algeria (1954-1962) in 1962 was proclaimed its independence. Since 1962, Algeria - Algerian capital of the People's Democratic Republic, the seat of the President, the Parliament.

Algeria is a beautiful white town, situated on a hillside amphitheater Dzhurdzhura, stretching along the coast to 16 km. The city directed away from the sea to the tops of mountains is disappearing into the haze. It is surrounded by green gardens, parks and boulevards. Its streets are stretched along the sea, situated one above the other. Its quarters are built up by multi-storey buildings and villas.

There is a house where you can enter on the first floor, by an elevator to the seventh floor and go back in the street again. The architects who worked here, including the famous Frenchman Le Corbusier, was a great master of the terrain. The city abounds with cliffs, steep slopes, precipices, forming islands of wilderness near the center of the capital. The fragments of the moss-covered walls next to the medieval towers of chichi of concrete and glass, referred to as "Mauritania", "Lafayette", "Jolly", and cozy low-rise houses with peaked roofs, reminiscent of the traditions of the past century are one of the remarkable features of the city.

The main trunk of Algeria which runs along the bay from the north to the south, is connected by transverse streets, many of which go to the stairs. In the city there are a lot of stairs made of different materials: stone, iron, asphalt, narrow, wide, open-work. Most of the streets, going from the bottom of the sea to the top, have stairs too. It is not in vain that Algeria at times was referred to as the "city-stairs," the nucleus of the Old City - Casbah (XVI century). This steep, relatively narrow staircase is a continuous trading glad: shops, stalls, hairdressers, bakeries, various workshops. Here, are countless cafes with splendid names "Barack" ("The Blessing"), "Islam," "Revolution," next to the Kasbah - Fallen Heroes Square, where there are just three mosques: Kechaba, Gama'a al- Kebir and the Gama'a al-Jadid.

Kechaba is a mosque of the XVIII century. During the period, the French rule was transformed into a cathedral of Algeria. The centerpiece of the square is Gama'a al-Jadid (New Mosque). The oldest Mosque of Algiers - Jamaa al-Kebir (the Great). It was built in 1096 on the ruins of the Roman Christian Church and the most revered Ikoziuma Muslim capital. From the Kasbah down to the sea of Bab el Oued, was located the district of Saint-Eugene. Above it, on a high mountain is a massive,medieval Crusader fortress- the Catholic cathedral Notre Dame d'Afrique. In front of the cathedral is a monument to Cardinal Lyavizheri, the first archbishop of Algeria, who tried unsuccessfully to baptize almost all the Muslims of North Africa.

In the central part of the Palace of Government are the University of Algiers Corps, the National Library. The Government Palace is a huge 10-story building. In front of the palace a large area is Esplanade Africa, passing in Boulevard Hamisti, which descends wide terraces to the sea. In the center of the boulevard is a monument to those who have fallen in the First and Second World Wars. In Hamisti Boulevard area in front of the Grand-post is the old building of the Algerian main post office, stylized white Moorish palace. If you descent from the Palace of Government to the post of Grand there is downtown Algiers. The district of al-Bear is the area of new homes in the 16-20 floors.

Here is the Palace of Nations, where official receptions are held at the governmental level. Opposite the palace is the villa Joly, a modern 7-storey building, which serves as the residence of the President. Al-Bear is home to many embassies and missions. The most expensive shopping street is Larbi Ben Mhidi. The eastern districts of the city are Mustafa, Hamm, Bellecour. Among the attractions of modern Algeria is the Palace of Culture. It is built in Moorish style, very common in the capital. Its architecture can be traced the succession of generations of masters of national culture, carefully storing the artistic heritage of their ancestors.

Park Riad al-Fath (Victory Gardens) is designed in the tradition of Andalusian gardens with neatly lined stone paths. There are specialized art shops and pavilions with different exposures: the national costumes of different eras, stone carving and plaster works chasers and potters - a sort of museum of folk arts and traditions. Museums have rich capital exposures. Among the most prominent is the National Museum of Antiquities (founded 1897) in Park Freedom, National Museum of Algeria, founded in 1930. The Museum of Prehistory and Ethnography at the villa is the Bardo, which is one of the best specimens in Algeria Moorish architecture. The ethnography section presents examples of clothing inhabitants of various regions of Algeria (Kabylia, the Sahara, Mzaba, Tlemcen), weapons and jewelry. Recreated using original plaster figures look at Algerian harem Turkish era, three women in bright costumes talk to each other.

An interesting is the Museum of the Revolution. It is located at the base of the monument to Shaheed (fallen fighters). These are three huge stone petals, which are clearly visible from various parts of the city. The Monument is highly shot up over the area of Al-Madaniyya. Here are mechanical engineering, food processing, textiles, chemicals, petroleum refining industries. The port city is the main fuel station for the whole maritime region. There is an international airport and a subway.

Write your Review on Algiers and become the best user of Bestourism.com 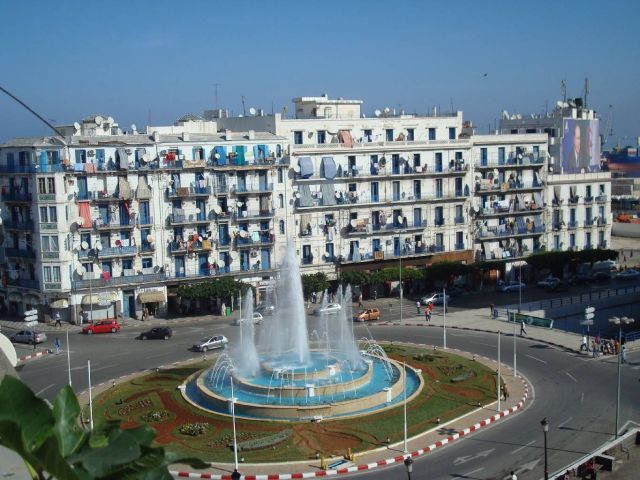 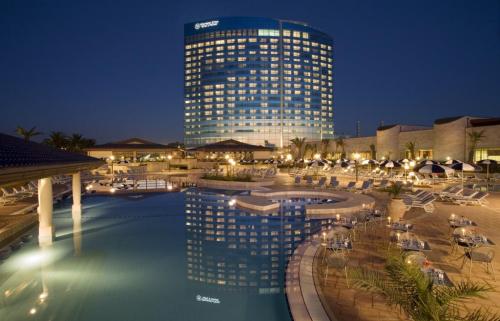 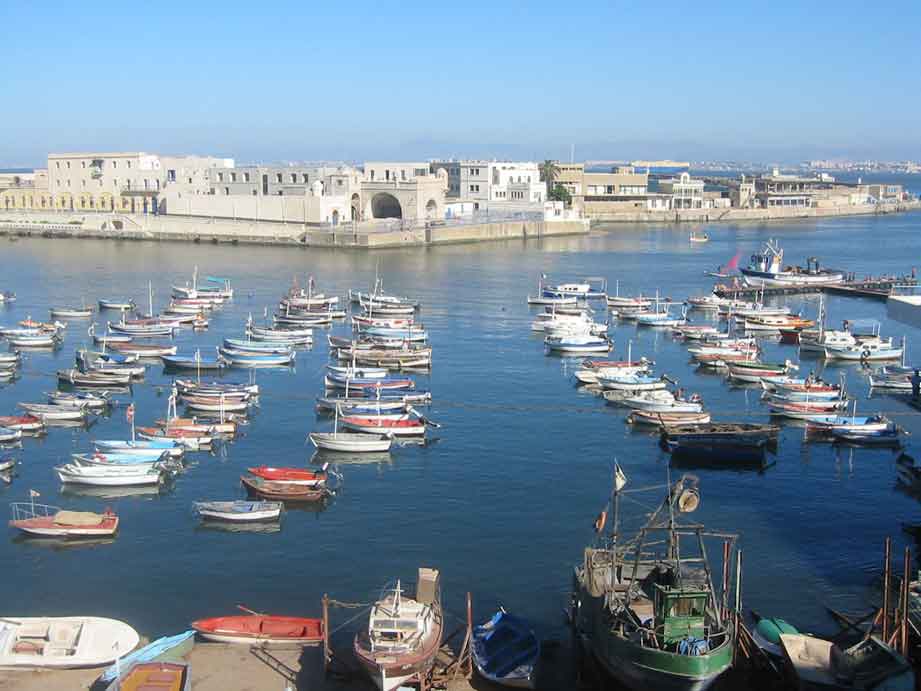 Algiers - Major port in the Mediterannean 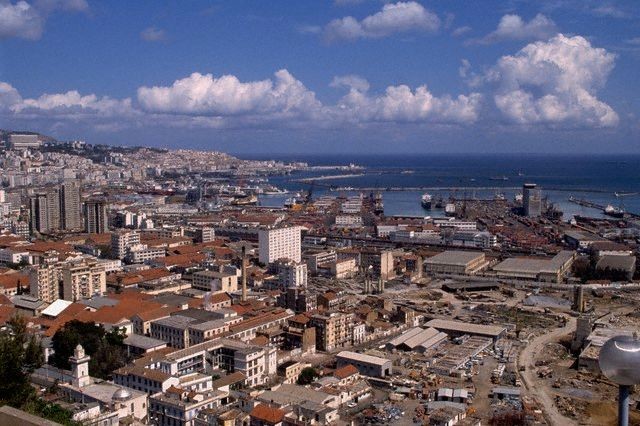 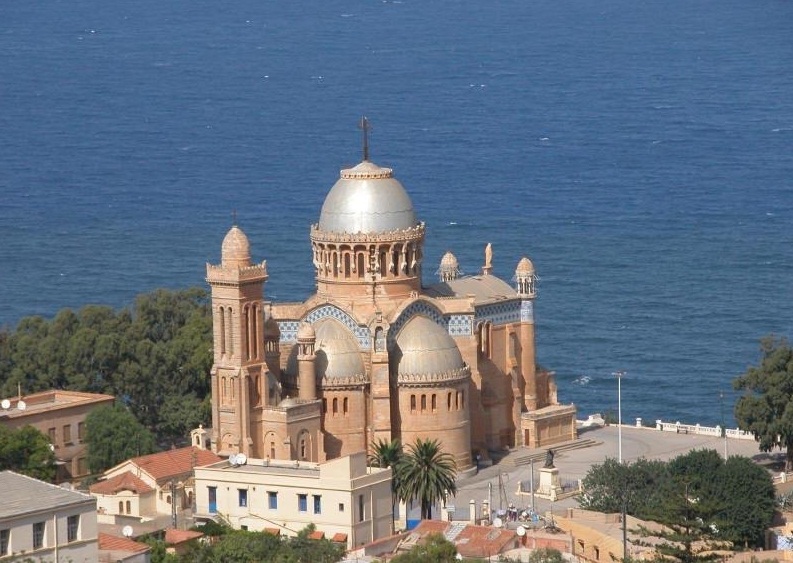