Destinations / The Best Places to Visit in Samarkand / Rukhabad


One of the earliest surviving buildings in Samarkand epoch of Amir Temur is the Rukhabad tomb . It was built in the eighties of the XIV century precisely on the same axis as the tomb of Amir Temur, they connected the luxurious shady alley paved with marble slabs. The mausoleum was erected over the burial of the famous mystic Samarkand, Sheikh Burkhaniddin Sagardzhi. The name of the mausoleum Rukhabad is " Abode of spirit "reminds the descendants of the image surrounded by a halo of sanctity of Sheikh. Burkhaniddin Sagardzhi was a member of the dervish order and spent his life in the pilgrim wanderings. Death overtook him in China. Before his death he bequeathed to his son to bury him in Samarkand. Temur ordered to commemorate the saints construction of the mausoleum of Sheikh. This magnificent building in the form of a cube is topped by a hemispherical dome, which rests on a massive octagonal. The mausoleum has three entrances: the north, the west and the south. The interior is very simple: the walls are covered with alabaster plaster. It was only two meters above the bar tape with glazed tiles. The burial space is carved by a door made in the XIX century. The surface of the water reflects the mausoleum, and nearby Rukhabad House is a light pillar mosque.

Write your Review on Rukhabad and become the best user of Bestourism.com 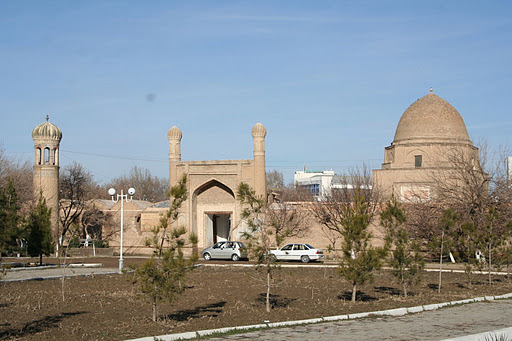 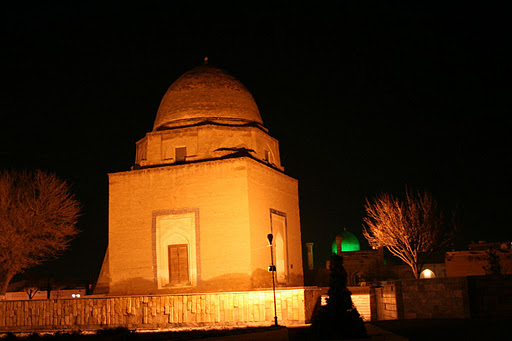