Destinations / The Best Places to Visit in Samarkand / Ulugbek Observatory


The Uzbekistan astronomer of the Middle Ages ordered the construction of the Ulugbek Observatory in Samarkand in 1928. It was a huge cylindrical structure with a height of 30 meters and 46 meters in diameter. The amazingly accurate location of the meridian provides an unprecedented accuracy of dimensions, which was not equal to that of Galileo who invented the telescope. Ulugbek and his colleagues invented the Star Catalogue which contains 1018 stars and constellations. After Ulugbek was treacherously murdered by his son, the Observatory was razed to the ground and during 5 centuries, people could not find him. In 1908 Vyatkin, the Russian amateur archaeologist found him. On the outskirts of Samarkand on the hill Kuhak is a unique historical and architectural monument - Ulugbek observatory.Amir Temur's grandson Mirzo Ulugbek , having inherited from his grandfather Movarounnahr management, successfully combined with regal care occupations in science. The whole world knows him as the creator of the famous Samarkand astronomical school. The outstanding achievement of Ulugbek, who brought him worldwide fame, was a " Star catalog "-" Zij jadid Gurgani . " Nearly twenty years of academic, his mentor Kazi-Zade Rumi and students Kushchi Ali and Jamshid Giyasiddinom carried out observations with the huge astronomical instrument specially built for the purpose of the observatory.

Begun in 1424, by 1429 the construction was fully completed and equipped. After the tragic death of Ulugbek the building was destroyed almost to the ground. The apprentice Ulugbek Kushchi Ali went to Istanbul, and managed to take out a catalog of " Zij jadid Gurgani . " For a long time the astronomers from all East and West used the works of Uzbek scientist and referred to them in their studies. The compilation of star catalogs requires a great deal of hard work and has an enormous scientific value because they do not only give an idea about the distribution of stars in the sky at different epochs, but are excellent material for studying the motion of celestial bodies. Such an authority in the scientific world had the famous French astronomer Laplace who called Ulugbek "the greatest observer" and believed that the catalog of stars and astronomical tables, that he "made himself at Samarkand, the capital of their possessions are the best of those that existed prior to Tycho Brahe" . For many years, nobody even remembered of the Ulugbek's observatory and its exact location was forgotten. In 1908, a connoisseur of rare manuscripts of Abu Said Mahzum in ancient documents found a mention of the construction of this facility, and an archaeologist identified the location of the ruins of an observatory on the top of a rocky hill Kuhak. He made the excavation of the basement and lower masonry arch-device protractor. The observatory had a plan and round the room in three tiers, including the principal was a huge astronomical instrument quadrant enclosed in a narrow slit-like space, taking a bottom of a hill in the direction of the meridian. The cylindrical structure, lined with tiles that captured the imagination of contemporaries originality of its architectural design is not like any of the traditional structures of the oriental architecture. According to the descriptions of contemporaries, the observatory building was decorated with mosaics and tiles and inside had murals depicting the celestial sphere, stars and their position and relationships, the orbits of the planets. The building of the Observatory is a unique instrument including a horizontal graded instrument - the azimuth circle, which served as a complement to the main instrument - the vertical plane with diontrom. The total height of the quadrant, as shown by the calculations of the scientists, reached thirty feet. The remains of a giant arc of the quadrant, located in the trench at a depth of ten meters, consists of two parallel, reaching half a meter at a distance barriers, faced with marble. Plotted on a quadrant dividing the corresponding degrees and the uppermost division of the remaining part of the instrument is designated as 57 degrees and lower - 80 degrees. On a marble slab is placed the groove, designed for the installation and the movement of the tools for the astronomical observations. On both sides of the barriers between them were built of stone steps on which the medieval scholars were able to move, making their measurement. In 1915, over a preserved part of the quadrant a vaulted cover was constructed.

The main instrument of the observatory fragment impresses in its grand size. Next to the quadrant is the museum of Ulugbek . The frescoes in its interior, made by the famous Uzbek artist Chingiz Ahmarov, reproduce scenes from the life of a great scientist. It also exposed ancient astronomical instruments, similar to those used in the XV century, the tables of the heavenly bodies, archaeological finds. Of great interest are the horizontal marble details azimuth circle with a polished surface, where are carved grooves and marked circles, letters, figures, and glazed pottery vessels that were filled with fluid and served as an artificial horizon during astronomical observations. Near the museum is a monument to the famous Ulugbek Uzbek sculptor Mukhtar Musabayev.

Write your Review on Ulugbek Observatory and become the best user of Bestourism.com 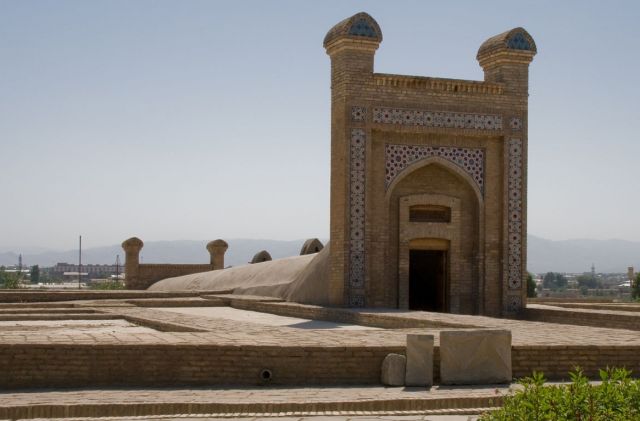 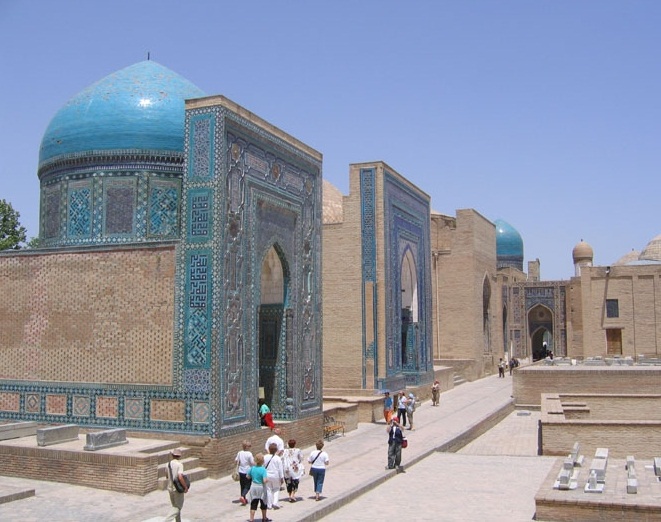