The unique ancient monument can be found in the south-eastern slopes of the ancient ruins of Afrasiab. Remember it was built, almost all of the 25-century history of the city. The name originates from its holy relics - a group of cool and quiet rooms which are believed to be the tomb of the Prophet Muhammad's cousin, Kusama ibn-Abbas. He was one of those who preached Islam in the area and later the complex has become an important place of pilgrimage. Most of the tombs and mausoleums dated during the reign of Timur.

Shahi Zinda Necropolis is one of the most beautiful architectural monuments of Samarkand epoch of Amir Temur. It was founded in the XI century on the outskirts of Afrasiab, near the Saint Kusama ibn Abbas, a cousin of the Prophet Muhammad, and was built until the middle of the XV century. Kusama ibn Abbas died in the VII century in Samarkand in the battle against the pagans, and was buried in the south-eastern slope of the ancient Afrasiab. According to an ancient legend, in fact he was not killed, and went through the pit under the earth, to the appointed day to return to the people. Hence the nickname Kusama "The Living King" - Shahi Zinda later became the name of the whole complex. Of the fourteen extant mausoleum tombs this is the oldest. However, the entrance to the cemetery is the last time structure - a portal, built by Ulugbek in 1435 on behalf of his young son Abdulaziz. The inscription on the portal notifies: "This magnificent building belongs to Abdulazizhanom - son of Ulugbek Guragana, son of Shah Rukh, the son of Amir Temur Guragana." Almost from the very entrance to the hill to the ancient mausoleum is a stone staircase. The upper group of buildings surrounding the mazar Kusama ibn Abbas, was largely built before the Board of Temur. The mausoleum was built over the burial of Kusama in the XI century, in the following centuries and it was reconstructed several times. In 1334 a tomb and a room for prayers were attached. At Amir Temur’s order a mausoleum was erected over the new dome, the complex is complemented by a room for forty days of fasting - chillyahona and a room for storage of cult equipment.

Behind a wooden lattice is a great multi-sagana headstone, made in the seventies of the XIV century. It is faced with majolica small floral ornaments and painted in gold. A constant flow of pilgrims are drawn to Kusama ibn Abbas, who has long been considered a holy place all the year round. Since the tenth century, this part of Afrasiab was densely built-up, a number of mausoleums like form a narrow street. Near the complex there are two Kusama domed mausoleums erected in the middle of the XIV century. These portals are completely covered with blue tiles. In one of the mausoleums was buried Khoja Ahmad. The other is known that was raised by the architect Ali Nesefi. To be buried near the grave of the saint has always been an honor for a Muslim, and soon near the Kusama ibn Abbas, several tombs of the immediate family of Amir Temur were installed. Closest to the shrine on the top of the mausoleums is the tomb of Timur's wife Tuman Aqa, decorated with polychrome inlaid with mosaics, and painted the walls of the mausoleum with exquisite flowers and stems. The bowl is like the blue dome of the sky with golden stars. The portal of the mausoleum preserved the name of the master - Shaykh Muhammad ibn al-Khoja Bandgira Tugra of Tabriz. The middle group of mausoleums attracted the attention of a faceted dome of the tomb of Amir Chipmunk - one of the companions of Amir Temur. Next to him stands a nameless mausoleum of an unusual octagonal plan. One of the sisters Sahibkiran, Turkan Aka, built one of the most beautiful in the whole complex of mausoleums, with openwork carving ganch and majolica portal featuring the vine. Above the entrance to the mausoleum the touching inscription is preserved: "This garden buries the treasure to happiness. This tomb, where the pearl of a great price was lost took refuge in a mill having a cypress tree. "

This building is the earliest architectural construction during the reign of Amir Temur in Samarkand in 1372. Opposite the tomb Shadi Mulk Aqa is the tomb of another sister of Amir Temur - Shirin Bika Aqa, the lining where the carved mosaic was first applied . Unusually the interior of the mausoleum is filled with light from the windows of the dome. They were taken with inlays of colored glass, which gave an unusual lighting effect. The tile panels were painted with the finest gold-patterned, and above them can be seen the remains of murals depicting the trees and birds. At the foot of the stairs is the so-called lower group of mausoleums. The most remarkable among them is the construction of a mausoleum featuring a monumental and at the same time, the harmony of proportions. It was long thought that it contained the ashes of Ulugbek, the famous astronomer Kazi Zade Rumi. However, studies have shown a crypt that women were buried in the mausoleum . According to a popular belief they are attributed to Amir Temur's nurse and her daughter. Despite the time and the difference of the buildings, Shahi Zinda mausoleums are one of the finest architectural ensembles in Central Asia. A decoration of the tombs gives a vivid picture of the development of the eastern style decor.

Write your Review on Shahi Zinda (Tomb of the Living King) and become the best user of Bestourism.com

Maps of Shahi Zinda (Tomb of the Living King) 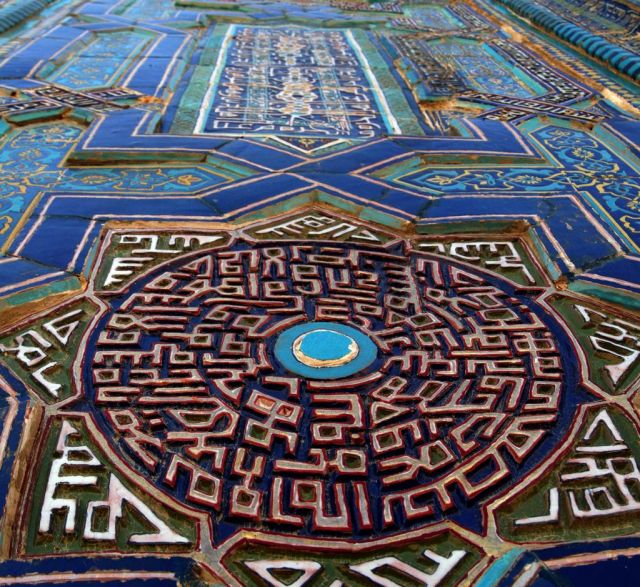 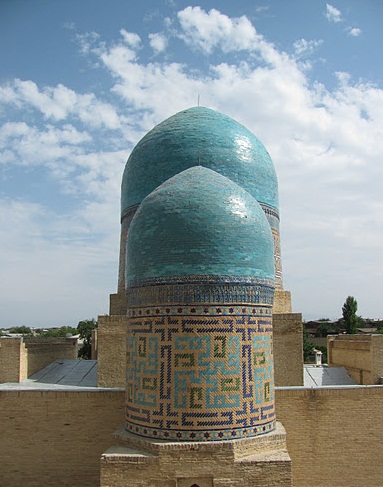 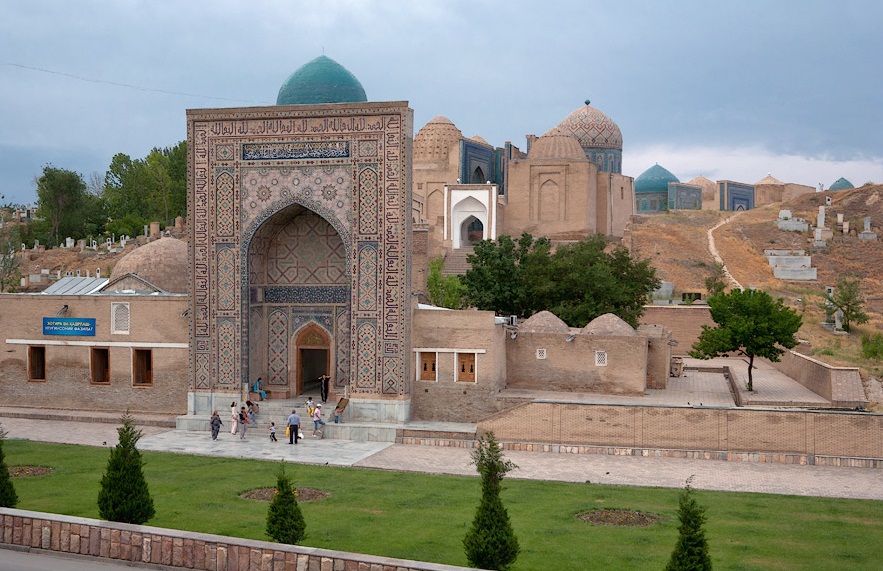 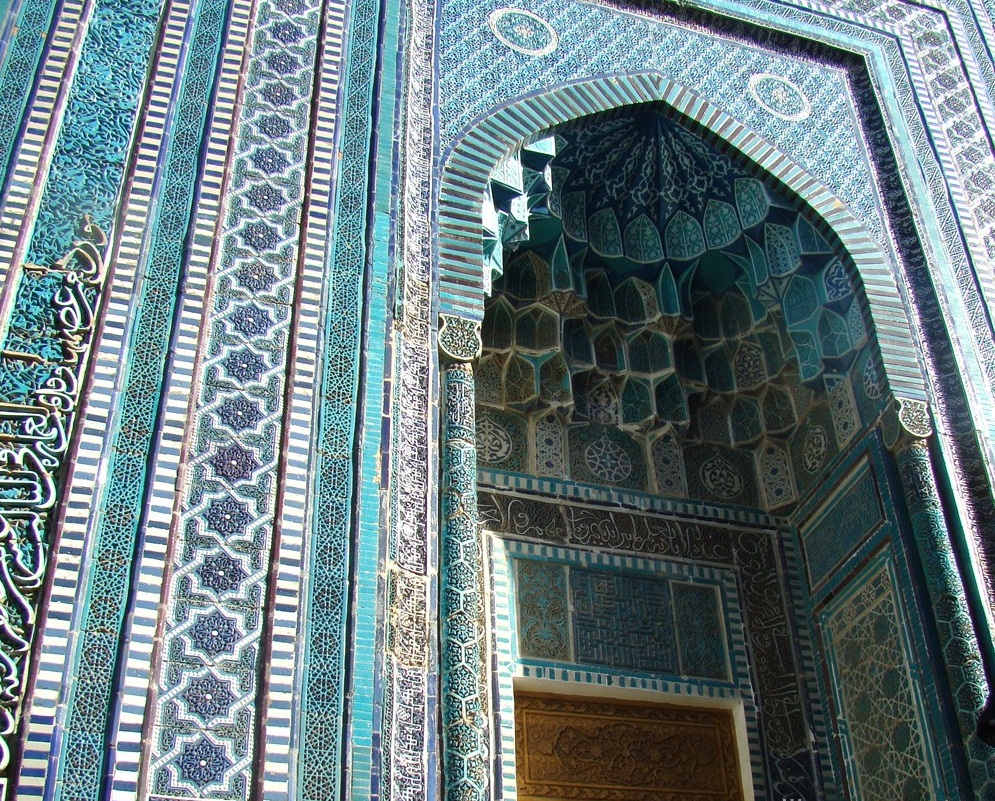