Destinations / The Best Places to Visit in Samarkand / Gur-Emir Mausoleum


In 1404, the favorite grandson of Amir Timur, Sultan Muhammad, who was to inherit the throne after the death of Tamerlane suddenly died. Temur was desperated and ordered to build a beautiful mausoleum in Samarkand for him. For himself, he prepared a humble tomb in his hometown Shahrisabse. A year later, Timur died on the way home from China and according to some records, because of mountain roads and snow, he was buried in the luxurious Gur Emir mausoleum. This mausoleum is crowned with a magnificent bright blue dome, and contains the graves of two children Temur Miranshah and Shahrukh, as well as the great astronomer Ulugbek, a spiritual teacher of Temur - the world Said Barack and a man named Shah-Hodge.

The tomb of Amir Temur and the mausoleum Guri-Emir are the best examples of medieval architecture in the East and hold a special place among the monuments of the Timurid. The beginning of construction of the mausoleum of Amir Temur was laid in autumn 1404. Originally it was intended for the burial of his beloved grandson and heir of Muhammad Sultan Temur, who died in Iran in 1403. The place for the burial of the prince was chosen next to the madrassa and khanaka of Muhammad Sultan, built by him during his life in front of each other. The facades show the yard with four ayvans, towering minarets at the corners, and the entrance to the courtyard was decorated with a mosaic pattern of the portal. The unknown architect, was specifically left between the madrassas and the khanaka place for the mausoleum. Today, looking at the walls, lined with restorers at the height of human growth on ancient foundations, you can personally present the layout of the yard and madrasas. Two minarets had been restored. After just six months after the laying of the mausoleum, in February 1405, during one of his campaigns Temur fell ill and died in Otrar. And although during his lifetime, he prepared himself for the last resting place, erecting in Shahrisabz, in the family tomb of Dorus Saodat, next to the mausoleum of his eldest son, who died early Jahangir, the tomb is still empty. The body of Amir Temur's heirs secretly so as not to disturb the army moved to Samarkand, where they performed a ceremonial burial of the remains of "The Lord of the world." The medieval historian Ibn Arabshah describes the decoration of the tomb: "The grave of Timur was based on his clothes, the walls were hung with weapons and utensils, everything was decorated with precious stones and gold. From the ceiling like stars in the sky, hung gold and silver chandeliers ... The floor was covered with silk and velvet carpets. " The tomb of Timur is an amazing harmony of architectural proportions based on an octahedral, a cylindrical drum on which rests the majestic twelve-ribbed dome, covered with majolica revetment greenish-blue tones with blue designs. The building is surrounded with marble from the bottom panel. In the early XIX century, during a strong earthquake the top of the dome was damaged, but it was restored. Above the entrance to the mausoleum was installed the mosaic plate with Arabic inscription: "This is the tomb of the Sultan of the world, Amir Temur Guragana." In 1905, the plate was stolen, and a year later ended up in Istanbul and later in Berlin. The wooden doors of the mausoleum were carved and inlaid. The interior of the tomb has a rich design. The wall was a bar of translucent onyx with inserts of the coil. The panel concludes stalactite cornice and a strip of marble carved with sayings from the Koran. Carved marble was painted in gold and azure. It should be noted that the medieval art of stone carving in the decoration of Guri-Amir achieved great artistic heights. Marble carved window lattices even composing-pandjara. Dome and sail decorated with paintings on gold embossed ornament is made of papier-mache. In the dome of the mausoleum room are arranged tombstones, surrounded by an openwork marble railing amazing work. Among them is the tomb of Timur's dark green jade. In 1740, the Iranian forces captured by Nadir Shah of Samarkand, Timur's tomb precious shot and took him to Mashhad, the headquarters of the Shah.

However, after examining the stone, the shah ordered him to return to their original location. It is noticeable that the tombstone was divided into two parts. In fact, this crack is formed, when the headstone smashed in transit to Iran. Under the floor of the mausoleum is a crypt, where a staircase is. Graves and tombstones carved out of white and gray marble are on the second floor of the tomb. In addition to the burials of the Sultan and Muhammad Amir Temur here are the graves of his sons, Shah Rukh and Miranshah, as well as his famous grandson Ulugbek, "the scientist on the throne," which in the struggle for power was beheaded by the orders of his own son. Next to them lies buried, Sayyid Mir Bereke. In 1941, under the guidance of Academician T.N.Kary-Niyazov for scientific purposes the graves of Temur and Ulugbek have been opened. Ulugbek was testified by his cervical vertebrae and he was buried as a soldier in dress, as he was found dead. Temur coffin was made of juniper wood, and his body was embalmed. T.N.Kary-Niyazov recalled that the old people from a nearby Mahalla, learning about the preparation for the showdown of the grave of Temur, warned that it was impossible to disturb the ashes of a "god of war", it can cause unhappiness . Indeed, 21 June 1941 Timur’s coffin was extracted and the next day the Second World War began. The unique building of the mausoleum Guri-Emir of Samarkand, as well as other buildings of Temurid period are included in the UNESCO World Heritage List.

Write your Review on Gur-Emir Mausoleum and become the best user of Bestourism.com 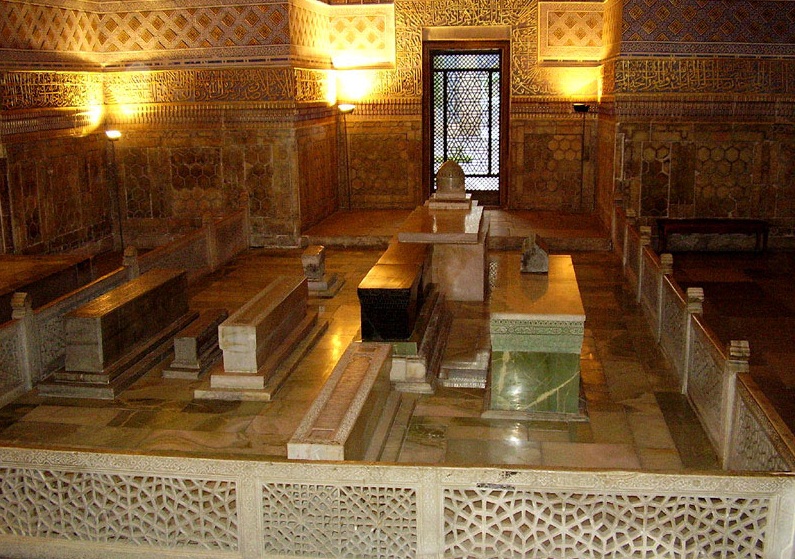 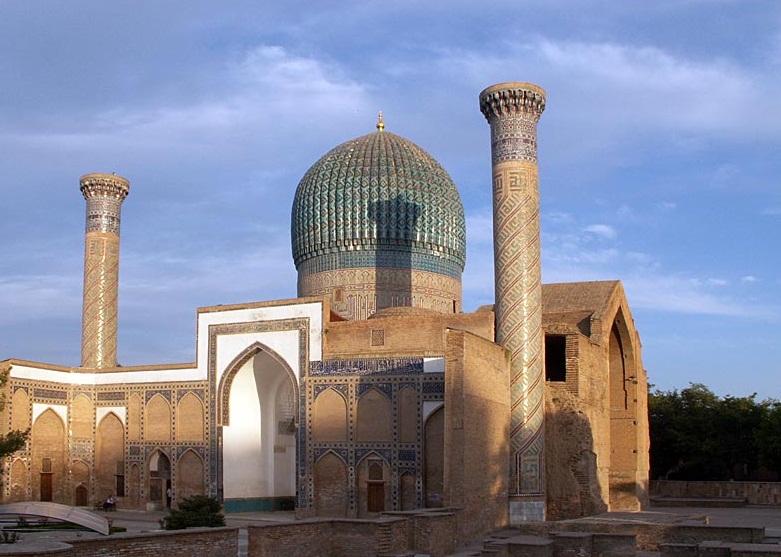 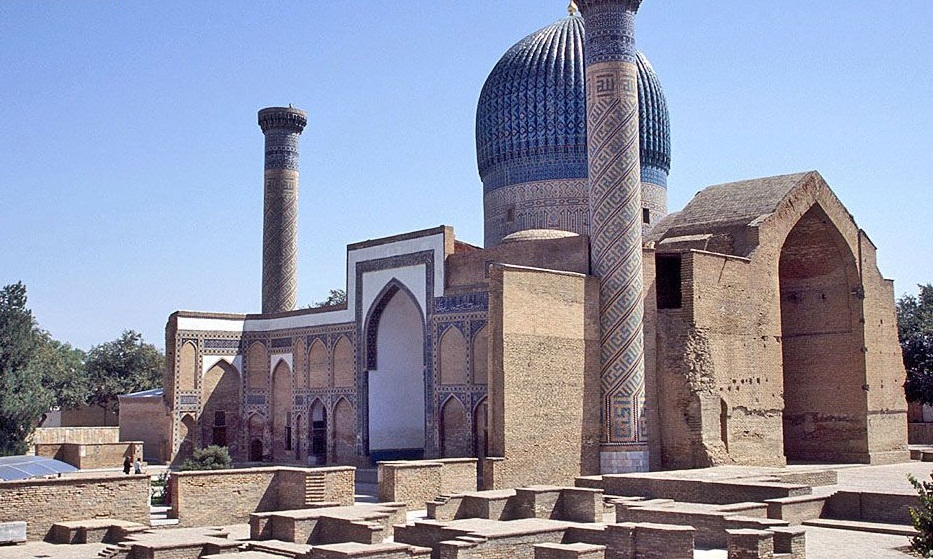