Destinations / The Best Places to Visit in Croatia / Dubrovnik


Dubrovnik is the most famous city in Croatia, the most majestic, elegant and beautiful. If someone had seen only a photo of Croatia, most likely, it was a photo of Dubrovnik - the most popular "character" cards and travel directories. UNESCO believes Dubrovnik, Venice and Amsterdam three of the most beautiful cities in Europe - the monuments of the Renaissance and Dubrovnik is included in the list of the world cultural heritage. "Those who seek paradise on the earth should visit Dubrovnik, as nowhere else such grandeur and tranquility, beauty and harmony can be found in the world," - these are the words of Bernard Shaw. Named Raguzium city, it was founded in the VII century on a small rocky island Laus of Epidaurus (Cavtat today). In the Italian language the city is still called Ragusa.

The name of Dubrovnik came only after a hundred years, thanks to the Slavic tribes, who founded a settlement in oak groves. Being from the VII to the XII century under the rule of the Byzantine Empire, Dubrovnik retains some autonomy, but with the weakening of the Byzantine Empire's independence further strengthened. The city developed rapidly thanks to the sea and land trade and it was able to withstand a long siege of the Saracens. Venice occupied Dubrovnik in 1205 and retained power over the city as much as 150 years. But the local aristocracy and the tradition of the self-government was already so strong in the freedom-loving city, that after the defeat of Venice in the war with Hungary, it has lost itself to Dubrovnik and Dubrovnik has become a republic. Dubrovnik conducted such a profitable trade in the Mediterranean, that managed to become, along with Genoa's main rival of Venice. At that time, the city developed as a cultural center, becoming home to many poets, artists and scientists. Unfortunately, Dubrovnik’s trade routes have moved into the Atlantic, and the republic could no longer compete with the French, English and the Dutch merchants, gradually falling into disrepair. Interestingly, neither numerous assaults, no siege could ever get to Dubrovnik. Only in 1806, Napoleon's troops, using cannons, were able to enter the city, and the Dubrovnik Republic ceased to exist, which lasted more than four centuries. The subsequent history of Dubrovnik developed along with the rest of Dalmatia, from France, it moved to Austria (at that time it became the center of the movement for the unification of Dalmatia with Croatia), and after the World War I it became part of Yugoslavia. The name of Dubrovnik, which was used long ago by the local residents became official in 1918. In the XII century the town ceased to be an island of a narrow channel that separates it from the mainland. It was filled, and laid on the street Stradun - now the main street of Dubrovnik. In 1667 an earthquake destroyed most of the city buildings of Gothic and Renaissance era, only the walls of the city managed to survive. The restoration of the city has been gradual, however, it was influenced by the Baroque style, the architectural appearance of Dubrovnik has now changed and, in general, remained as today. The part of Dubrovnik within the fortress walls is called the Old Town and the New Town prevails in modern architecture. The old town has a lot of cultural and historical monuments and architectural masterpieces: monasteries, palaces and churches, the Maritime Museum and the Ethnographic Museum, art galleries. Dubrovnik’s kitchen is known not less than its architecture. You can try oysters and mussels, lamb dishes from the famous wines of southern Dalmatia, such as Postup, Posip and Dingac. The restaurants in the Old Town are more expensive, but the atmosphere of the historical center of Dubrovnik is worth it.

Holidays in Dubrovnik are wonderful. There are lovers of night clubs and discos, there's even a whole street with many bars – the Burbon Street. Each year music and theater festivals are held in Dubrovnik. The city attracts artists and actors from all over Croatia. Of all the five star hotels, most Croatian coast is Dubrovnik, but they have a more modest hotel. Beaches in Dubrovnik are full with small pebbles, in some places, equipped with concrete slabs and steps for easy descent into the water. From the port in the old town you can go on an excursion to the nearby islands. Buses connect Dubrovnik to other major cities in Croatia. And if (which, of course, is unlikely) after all the treasures of Croatia there is still time, the tour of Dubrovnik can be combined with a visit to Montenegro, which can be reached in less than an hour. Holidays in Dubrovnik are perfect for the people who like beautiful and picturesque places with unique architecture. This city is the capital of South Dalmatia and a cultural monument of world importance. Dubrovnik has rich and beautiful nature and a Mediterranean climate. Excellent hotels in Dubrovnik always have to offer a pleasant and interesting vacation in these amazing places. Dubrovnik is often called the "pearl" of the Adriatic. After all, it is one of the most beautiful cities in Croatia. Every part in this city is full of singular beauty and sophistication. The air here is very fresh and the sea water is warm and clean. Ordering things to do in Dubrovnik , you will find yourself in a beautiful region, rich in vegetation. Cypress, pine and various flowers will attract special attention to you. Some of the decorations of the city are the Elaphiti Islands. They are located along the local coastline and offer stunning views. Agree that a holiday in Dubrovnik will give a lot of unforgettable experiences. Tours in Dubrovnik will also be of interest to fans of different excursions and entertainment programs. The nightlife in this city is very interesting. There are excellent restaurants, bars, nightclubs and other venues. Each year the city hosts music festivals and dances.

Dubrovnik - a miracle of knowledge

Venice, Amsterdam, Dubrovnik are three beautiful Renaissance cities on the planet. The emergence of Dubrovnik refers to the XVIII century, its name coming from the dense oak forests that covered once the local slopes. Now the oaks are not so much found in the old town. Greens are represented mainly by the numerous flower pots and tubs with trees, exposed to the thresholds of the houses. The city motto "Freedom is the most precious gold of the world" is still relevant today. The spirit of harmony and freedom is felt in Dubrovnik, wherever you go: in the quiet monastery courtyards, similar to a Roman temple church of St. Vlach or Onufriev fountain.

The local cheap restaurants and taverns, perhaps, have no name. The local cuisine attracts a variety of culinary trends. Then you and the "italian stye" risotto with pastas, and the Greek olives for wine, and Hungarian proportions, and the Slavic exuberance. If you want meat, by local rule, "the best meat is on the bone." But the brand name of Dubrovnik is own for fish and seafood. The best oysters and lobster served in a tavern in the Old Port. I recommend fresh catfish or grilled saffron cod. And squid is unusually well - tiny, crunchy and immediately treat and have a snack with white wine. Dubrovnik is a favorite marina boaters and cruisers around the world. In addition, from 2000, the city is the center of the international sailing regatta. No worse than sailors feel and people dropped. Inspired by the "sightseeing" beauties, I somehow forgot to tell you about the local sea. But most tourists come here just for the sake of it. The climate is for marine recreation and in summer the air is around thirty degrees, the water 27. According to Jacques-Yves Cousteau, Dubrovnik belongs to the cleanest sea in the whole Adriatic. According to the experts it can be trusted. In the old town of Dubrovnik there are beaches. But so far! The tiny secluded coves the picturesque capes, rocky and shady, the cool breeze, the sun ... For particularly discerning they are available: 12 charming and uninhabited islands ,the coastal waters of Dubrovnik. Believe me, you will not be disappointed! This city is filled with meaning and a feeling of the best place in the world, something where you can spend the best moments of your life.

Write your Review on Dubrovnik and become the best user of Bestourism.com 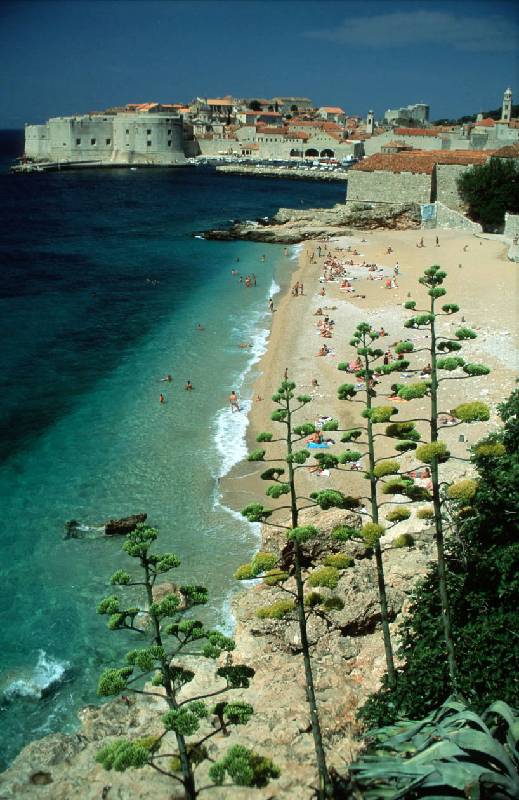 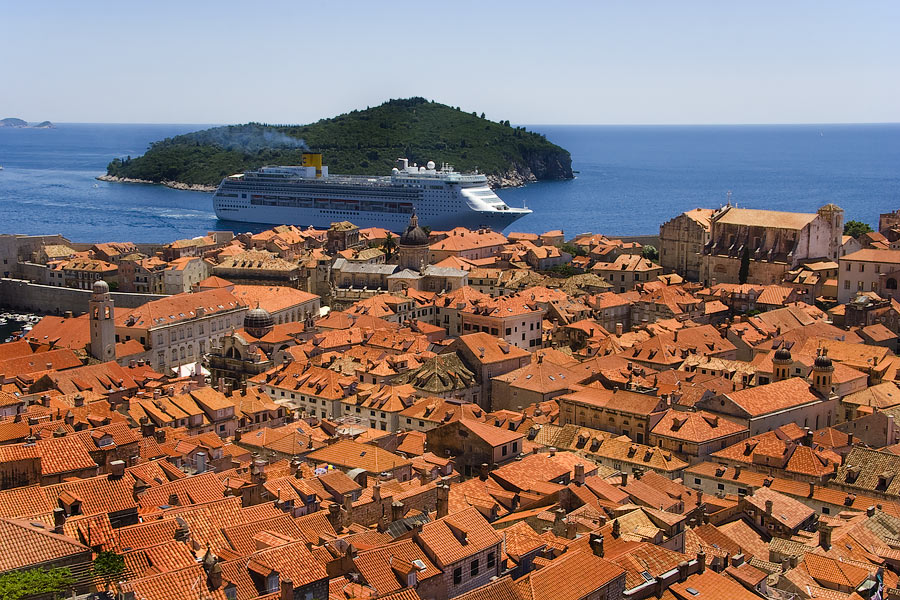 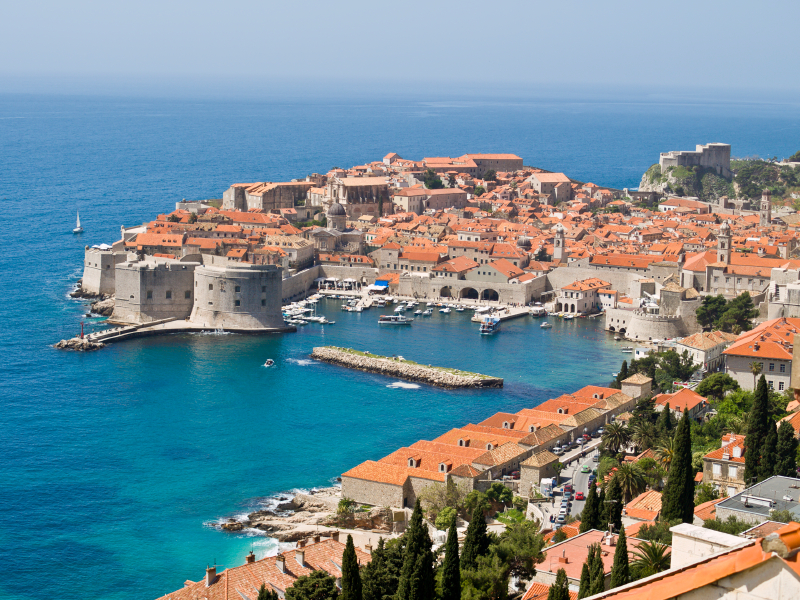 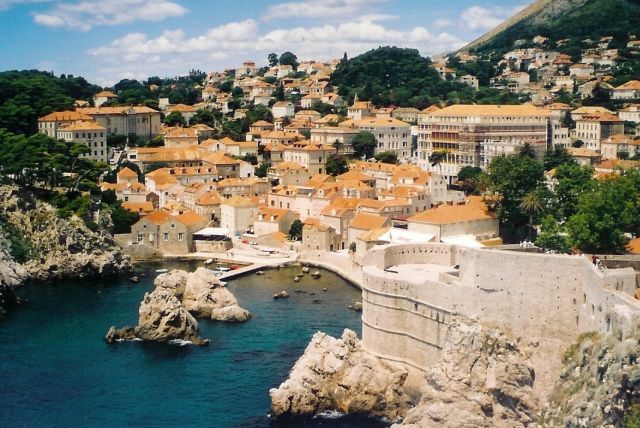