Destinations / The Best Places to Visit in Croatia / Split


Split is the administrative and the economic center of Central Dalmatia, with a population of 200 000. The biggest tourist center of Dalmatia, a picturesque resort town, is listed by UNESCO in a book of cultural monuments of world importance. Split is the town where the main airport of Dalmatia is, a picturesque resort town with lots of modern hotels and excellent harbors for sailing enthusiasts. Split is famous for its summer festivals and sporting facilities. Thousands of tourists visit this wonderful old town today and admire its unique architecture. In the year 305 the Roman emperor Diocletian built a palace here, an area of almost 30 thousand m 2 - a comfortable house and a fortified military camp at the same time. After four centuries, its walls sheltered refugees from the neighboring towns, fleeing from the invasion of the Avar and Slavic tribes. Those who were more affluent, built the palace walls of the house inside, the other sheltered areas of the former imperial residence. Since the palace became a city which name has concluded the answer to its origin: Spalato, from the Latin palatium - palace. Now it is the largest port city of Dalmatia and has retained numerous cultural and historical monuments of the Middle Ages.

Split can be called the most solemn city of Croatia. It is located in the central part of the coast between the towns: Zadar and Dubrovnik, Dalmatia separated into two parts, as its heart. The major port, the second in the country after Rijeka, and one of the most popular resorts in the Adriatic belong all to Split. Split is famous for its beautiful architectural monuments of the XV-XVI centuries, museums and art galleries. These masterpieces of the city, as the temple of Jupiter, the Cathedral of Saint-inch square Procuratie in the Venetian style, Silver and Golden Gate, may rightly be considered one of the most interesting cultural monuments of the Adriatic. The unique architecture of the city, mixed a few styles that made it charming and unique. But Split is not only history and architecture, it is also a popular holiday resort with modern hotels and scenic lagoons,from where you can reach the amazing Dalmatian Islands of Brac and Hvar and visit three national parks: Krka, Kornati and the Plitvitce Lakes. Split’s climate is mild Mediterranean. The average annual number of sunshine hours is of 2.600, the average sea temperature in summer is of 25-27 degrees Celsius, the air - 30-31.

The Diocletian's Palace is the pearl of Split, built in the 3rd century to the founder of the city, the Roman Emperor Gaius Aurelius Valeria Diocletian. Once in the walls of the palace, life was in full swing in its grandiose room views. Later it served as a refuge for residents of the invaders, but these days there are a variety of theatrical shows that are on the background of the marble columns and arches of particular inspiration.

The Archaeological Museum was founded in 1820 and it is the oldest Croatian museum. It compiles an impressive exhibition, which will interest both adults and children. Here you can see the archaeological remains, highlighting the stages of the historical path of the region since ancient times. There is a rich collection of ancient coins, utensils, glassware, ceramics and stone works of the masters of the Roman era of colonization and the early Christian period.

The Old City is the heart of Split. Here you can find all of the most iconic of its attractions, watch connoisseurs who come from around the world. The flavor and the charm of the old streets, which still remember the important step of the Roman legionnaires, penetrates to the heart. It cannot help not to feel the atmosphere of romance. It is no wonder that the streets areas in the Old City in the summer offer various music festivals and theatrical performances to its visitors.

The Museum of Archaeology

The Archaeological museum was moved to Split from Knin in 1976, founded as it was in 1893. The museum contains superb examples of antique jewelry, weapons and a collection of stone monuments of the early Middle Ages, where the names of legendary kings and heroes of Croatia are engraved. No less interesting would walk around the building of the Museum, where you can see the tombstones dating from the14 - 15 centuries.

The Museum of Maritime History

The Museum of Maritime History is situated in a majestic castle, built in the 17th century. You do not need to be romantic, because delusions, pirate stories make you feel the significance and the power presented at exhibits there. Antique maps, images of ships, once plowed the Adriatic, as well as rare navigational instruments that helped to lead the captains of vessels to their destinations.

Meštrović gallery was built in Split in 1952 by the famous Croatian sculptor Ivan Meštrović. Today, the talents of the master come here and judge the powerful energy of his work. Morover in the gallery is the largest collection of Meštrović - sculptures on display, made of bronze, wood and marble in the halls.

The Franciscan Monastery is the most interesting sight that every stone of its masonry narrates the history of this area, stages of religious life in Split, which took place due to the serious influence of the ancient traditions. The most interesting collections of objects, rituals of worship gathered in this monastery. The atmosphere helps to turn away from life's worries offering great peace of mind.

The Art Gallery was founded in Split in 1931. Its walls collected outstanding paintings and sculptures - from the 14th century to the works of contemporary artists. Walking through the exhibition hall, the gallery will offer a real pleasure not only the to art lovers but also for those who want to learn more about the history of Croatia. The exposition reflects all the stages of the development of the country and its culture.

Write your Review on Split and become the best user of Bestourism.com 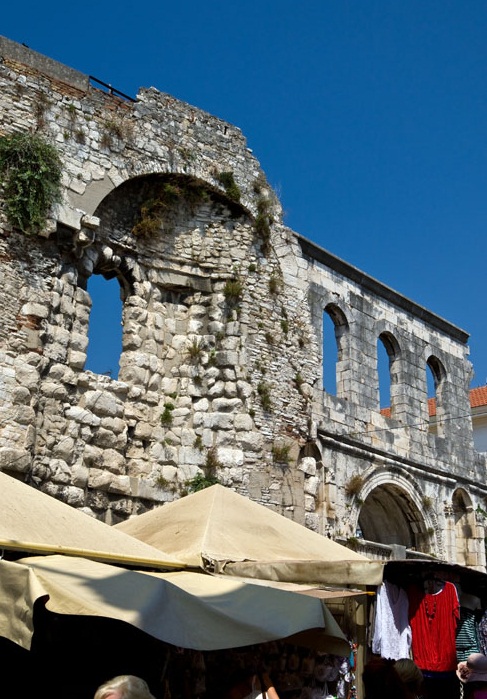 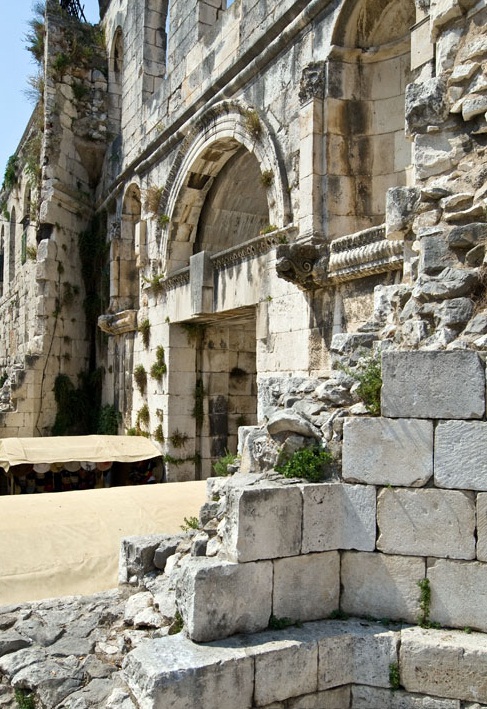 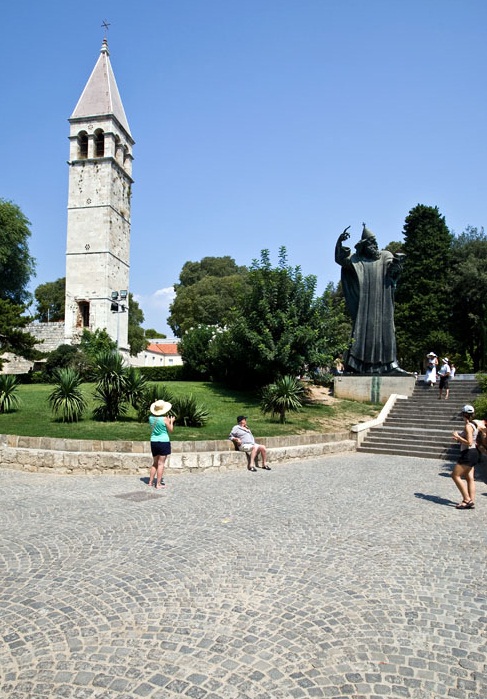 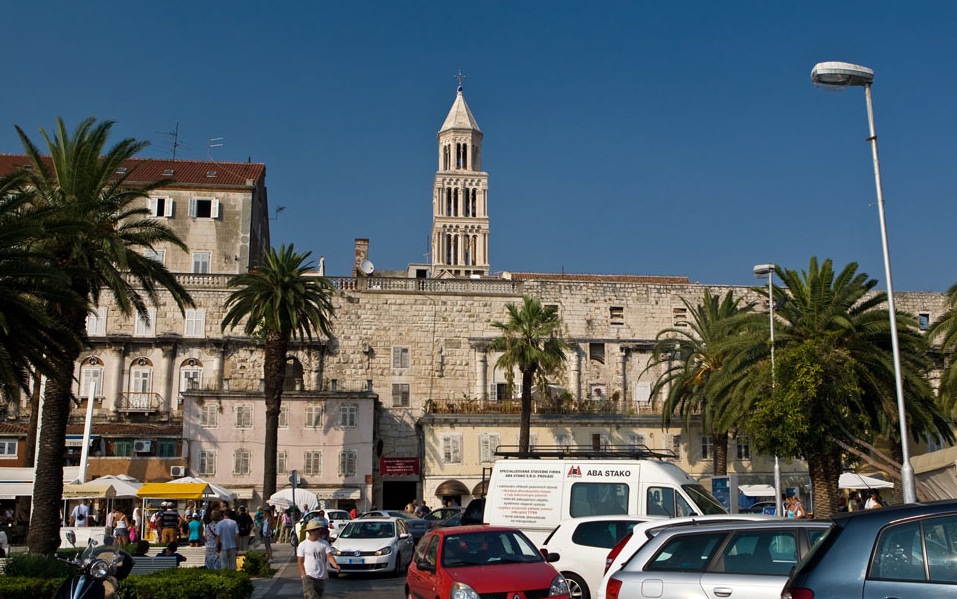 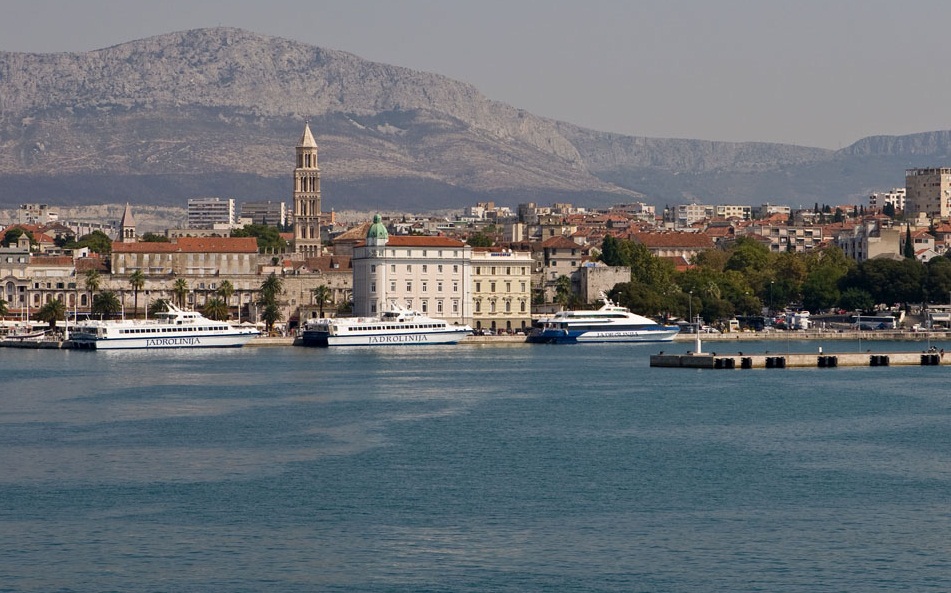 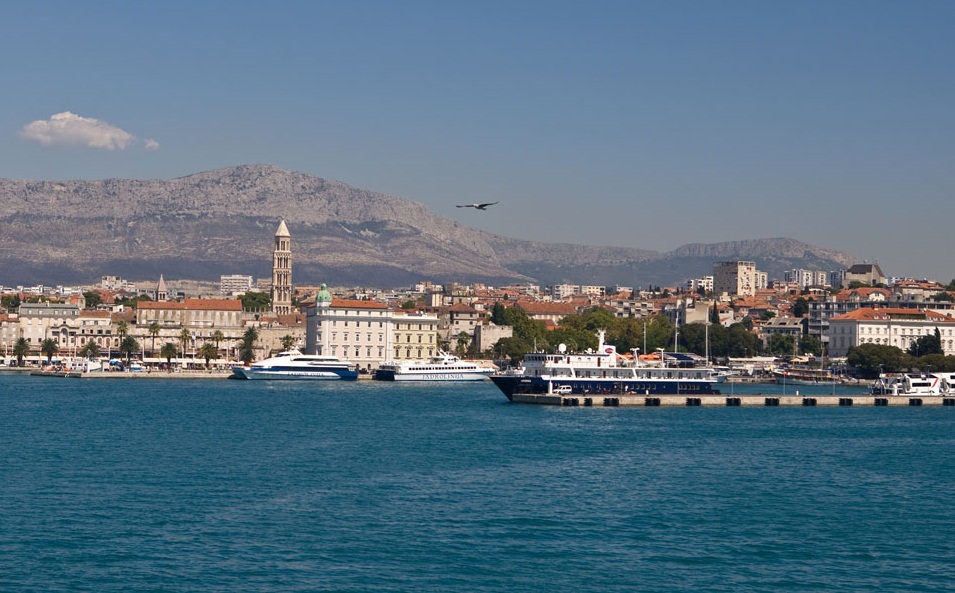 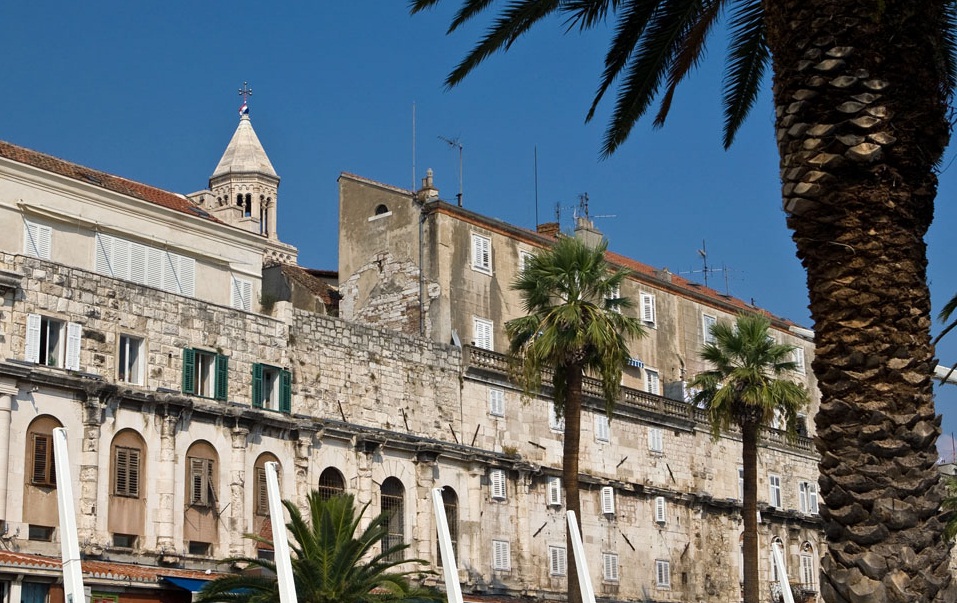 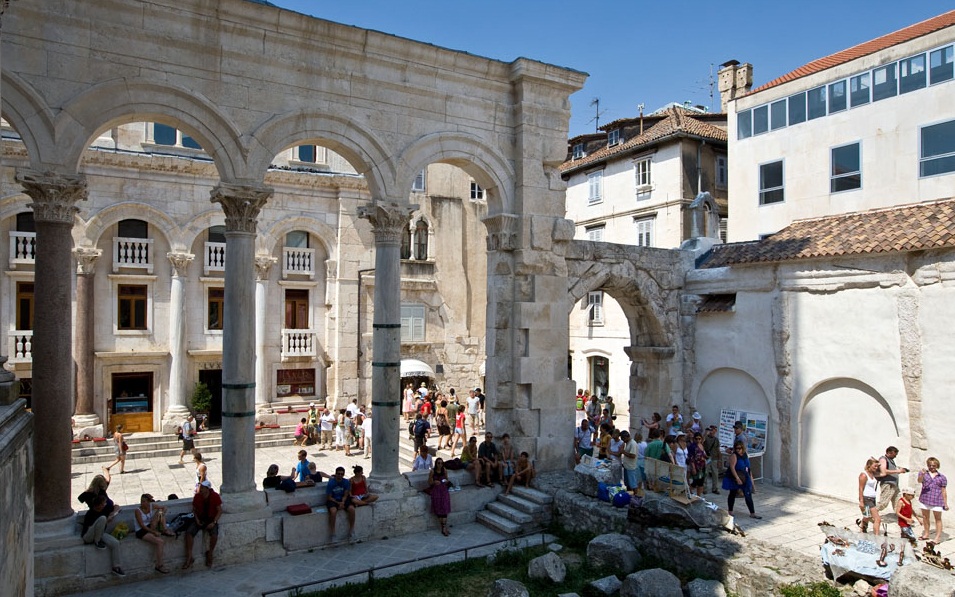 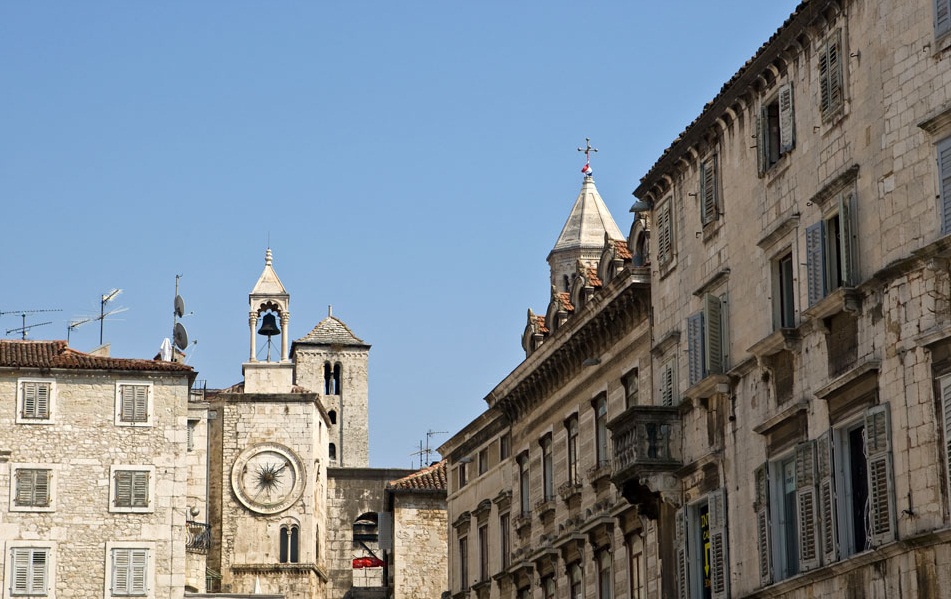 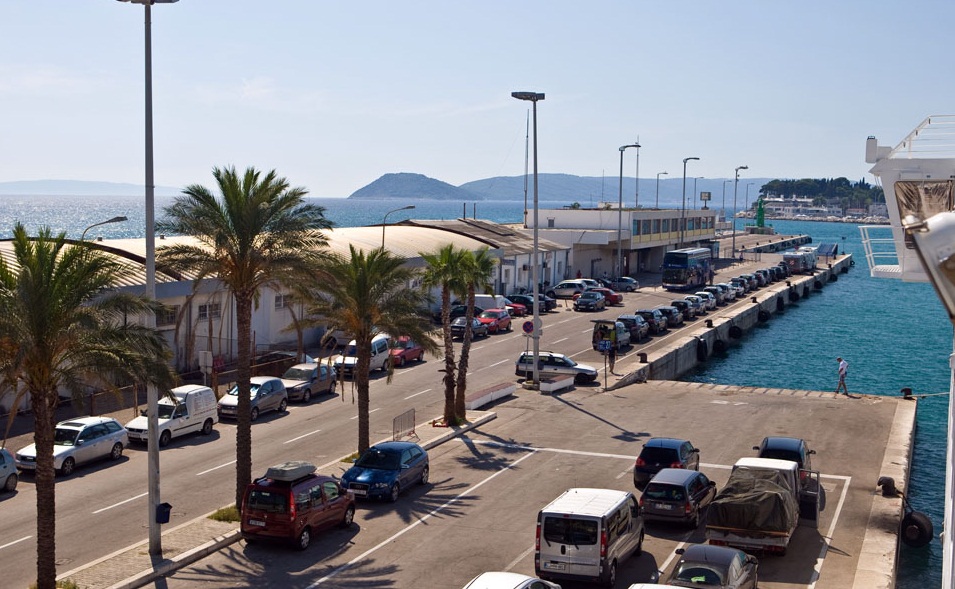 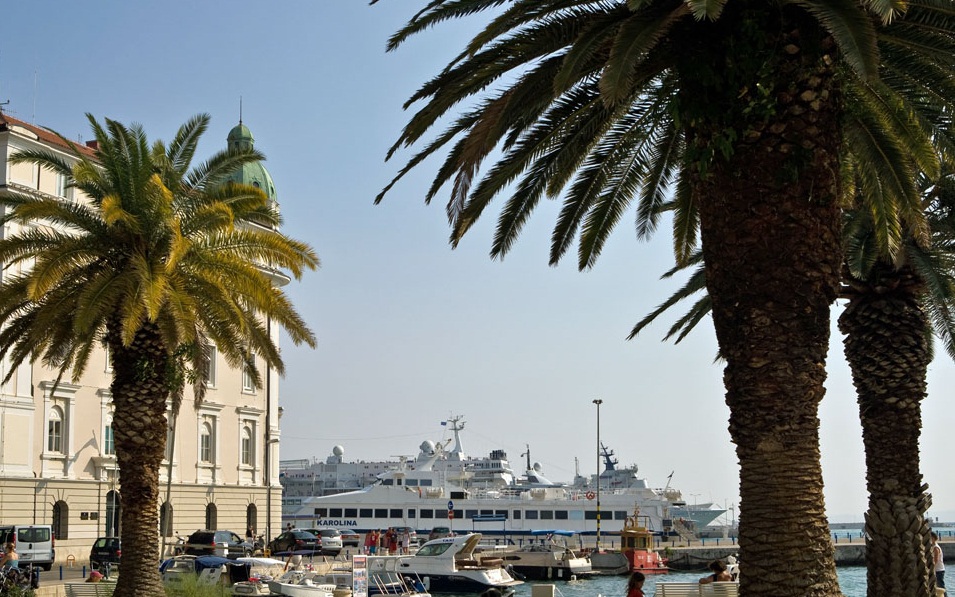 Split - The most solemn city of Croatia 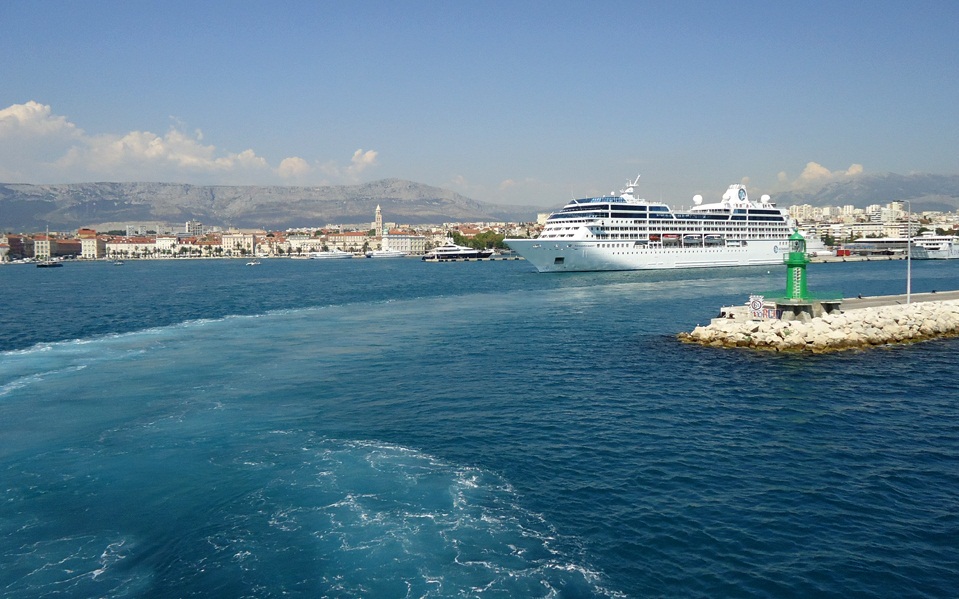 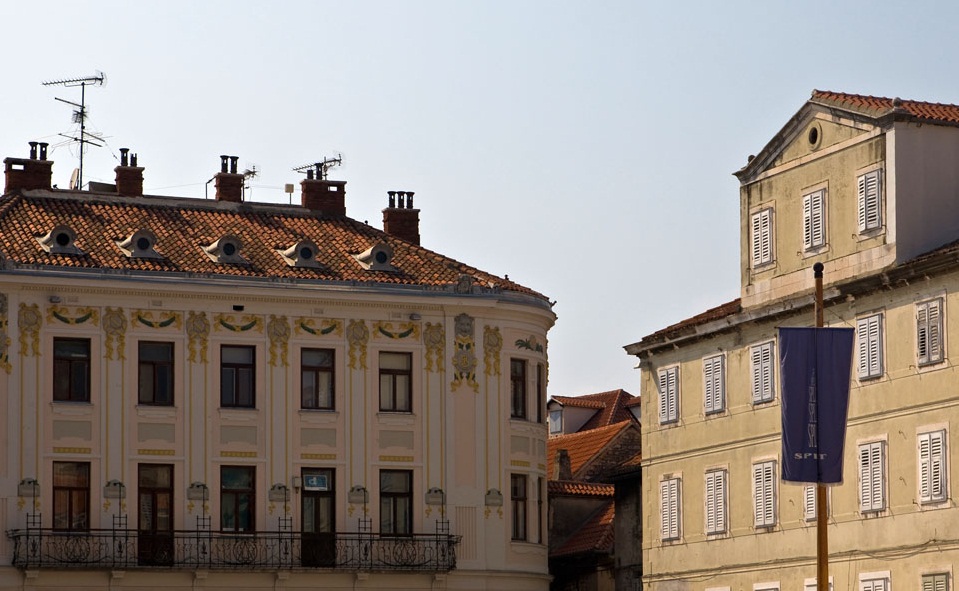 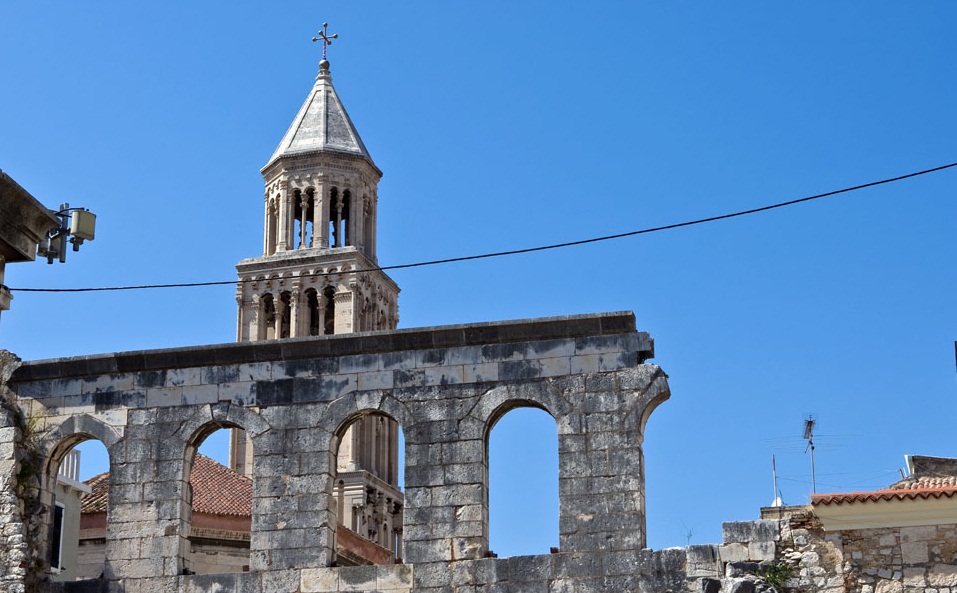