Destinations / The Best Places to Visit in Croatia / The Cathedral of St.Lawrence

The Cathedral of St.Lawrence


The Old Town of Trogir

Trogir (horv. Trogir, Italian. Traù, lat. Tragurium, gr. Tragurion) is a city and a port on the Adriatic coast in Split-Dalmatian county of Croatia . Since 1997, the central part of the historic city of Trogir has been included in the UNESCO World Heritage List. Trogir is situated on a small island between the mainland and the Croatian island of Čiovo. Located at 27 km west of Split, Trogir’s population is about 13,000 residents. The bulk of the population lives in Trogir mainland cities and Ciovo. It turns out that the city is situated on two islands and it is connected to the mainland by two bridges. In addition, the city is connected with the island of Ciovo drawbridge. Therefore, Trogir is also known as Little Venice. This little gem still has many medieval buildings of Venetian buildings. The city has a port for yachts and boats equipment mainly for tourism. Tourism contributes more than half the income of the city with more than 20,000 rooms in hotels and private apartments. In addition to tourist service people are engaged in fishing, the construction of yachts and ships around the city and viticulture. The most important sector for the city is the ship building. The shipyard "Trogir" was established in the early twentieth century. Between the 1990 and 2004, 93 vessels had been built. Trogir is typical for a mild, Mediterranean climate. Trogir is considered one of the most beautiful cities and the best preserved throughout Dalmatia. Moreover, the Romanesque Gothic complex of Trogir is best preserved not only in the Adriatic, but also throughout Central Europe. The old town of Trogir, surrounded by medieval walls, includes a preserved castle and a tower, a number of houses and palaces. Romanesque architecture is organically combined with the architecture of the Renaissance, Baroque and Gothic. The historic city center has about 10 churches and many buildings of the XIII century. The northern gate (XVII century) is the main entrance to the town from the mainland. Next to the gate there is a statue of St. Ivan Ursino, the patron saint of the city.

Fragments of a powerful medieval city walls can be seen from the north and the west of the city. Kamerlengo is a XV century fortress, located on the western tip of the old city. It offers a picturesque view of the old city. Doge's Palace (XIII century)

The Romanesque church of St.John the Baptist (XIII century)

The Gothic church of the Dominicans on the waterfront (XIV century)

The Town Hall (XV century) Trogir is the greatest building of the Cathedral of St. Lovro. It is the largest building in the old city (XIII-XVI century) with a high bell tower. It has a height of 47 meters. On the top you can enjoy magnificent views of the city and its surroundings. The work on the bell tower began in the late 14th century and lasted until the late 16th century. The first floor was built in the Gothic style. After it was destroyed by the Venetians in 1420, the work was restored. The second floor was probably executed by the Venetian craftsmen, as it recalls the famous Venetian palazzo Ca d'Oro. At the top of the bell tower there are four statues of the Venetian sculptor Alessandro Vittoria (1525-1608). In the center of the facade, in a small round hole is carved the coat of arms of the Croatian-Hungarian king, Ludvic dynasty of Anjou. St. Lovro is a Roman Catholic basilica built tri-triple in Trogir. The cathedral was built several centuries, and illustrates all the styles that followed one another in Dalmatia. It was built on the foundation of the early Christian church, destroyed in the 12th century, during the city's capture by the Saracens in 1123. The current building began in 1213 and finished in the 17th century. Most of the work in the construction of the cathedral took place in the 13th century, being largely completed in 1251. This means that the building was made mainly in the Romanesque style, while inside the vault was built in the 15th century in the style of Mannerism. The pearl of the internal decoration of the church is a carved portal master Radovan (1240). The Croatian architect, artist and sculptor Radovan worked at the gates of the temple (the main western portal) at the beginning of its construction. Most of the portal was carved by him, but along him many distinguished disciples and imitators worked.

The history of Trogir has 2300 years. The rich cultural heritage derived from the influence of the Greeks, Romans and Venetians. Trogir old town on a small island has a unique collection of palaces, churches and towers, and even strength. Trogir from “Tragurion” ( the island of goats) was established in the III century BC by the Greek colonists from the island of Vis. The city successfully developed, but in the Roman period was in the shadow of a subject close and prosperous cities of the Salon (Split). In the VII century the Slavs came to the Dalmatian coast, and soon the city was taken over by the Croatian kings. In the XI century, the city established the diocese. In 1123 it was invaded and completely destroyed by the Saracens, but it was quickly restored, reaching the peak of its prosperity in the XIII century. In 1420, along with much of the Dalmatian coastal towns and islands, Trogir came under the control of Venice. After the fall of Venice in 1797 Trogir was part of the Habsburg Empire (Austria), that ruled the city until 1918, with the exception of the French occupation from 1806 to 1814. After the World War I, Trogir, together with Croatia, became part of the State of Slovenes, Croats and Serbs, and later the Kingdom of Yugoslavia. During this period the Italian citizens, up to 1918 were the ruling class and almost half of the population, were forced to leave Italy. During the Second World War, Trogir was occupied by Italy, and then released in 1944. Since then, it belonged to Yugoslavia and Croatia since 1991. Trogir is connected with the city bus line Split and regular inter-city bus service to other large Croatian cities.

Write your Review on The Cathedral of St.Lawrence and become the best user of Bestourism.com

Maps of The Cathedral of St.Lawrence 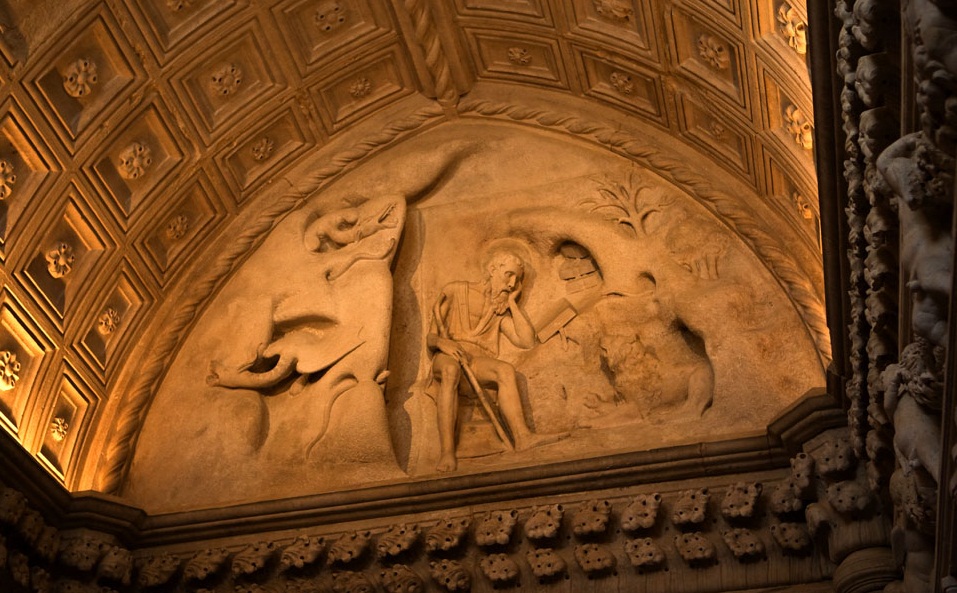 The Cathedral of St.Lawrence - Great architecture 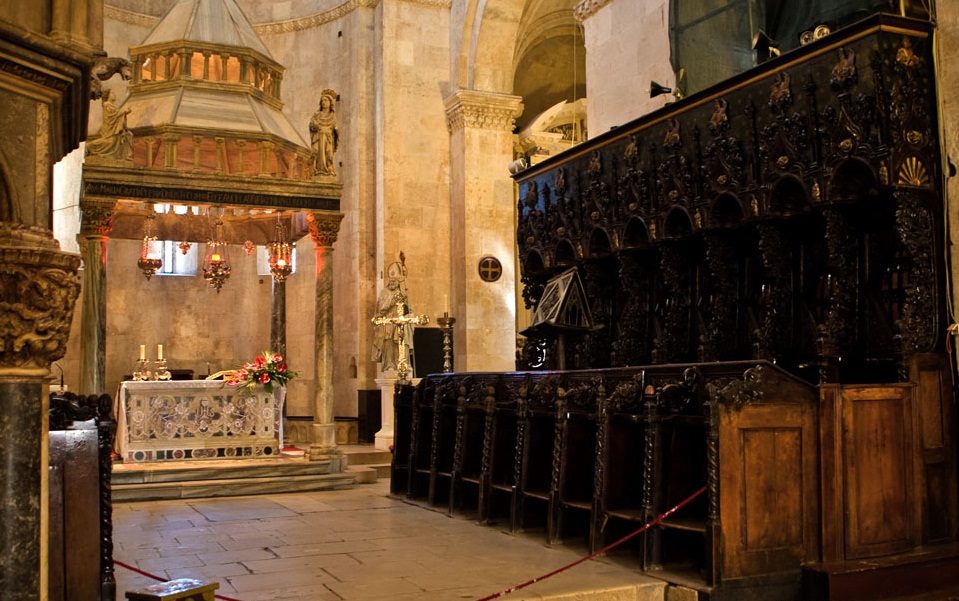 The Cathedral of St.Lawrence - Interesting synthesis of style 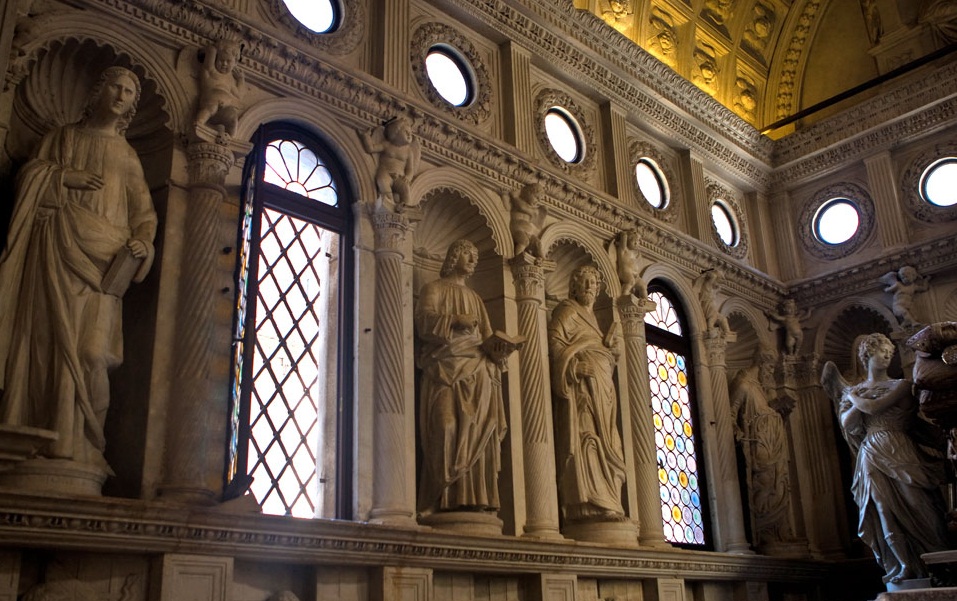 The Cathedral of St.Lawrence - Great interior 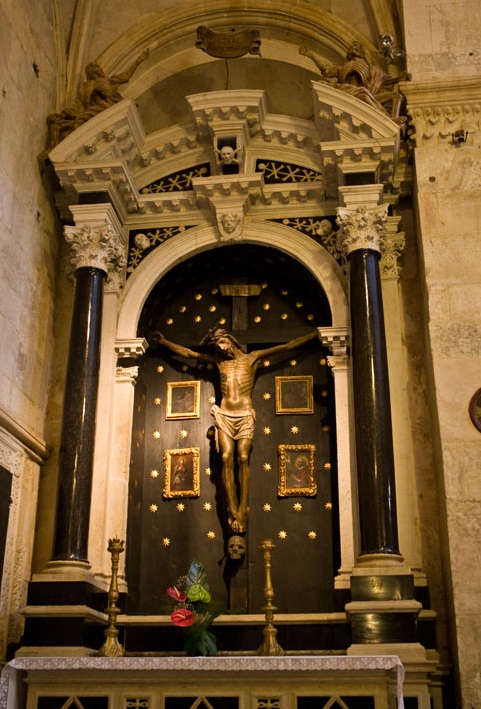 The Cathedral of St.Lawrence - The pearl of the internal decoration 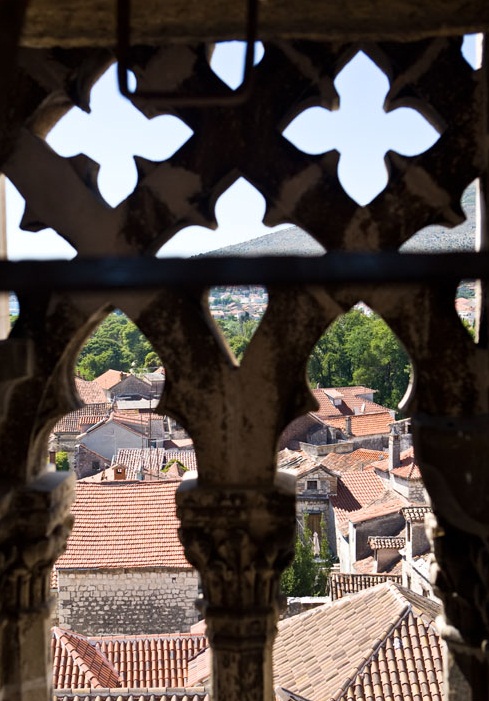 The Cathedral of St.Lawrence - Wonderful architecture 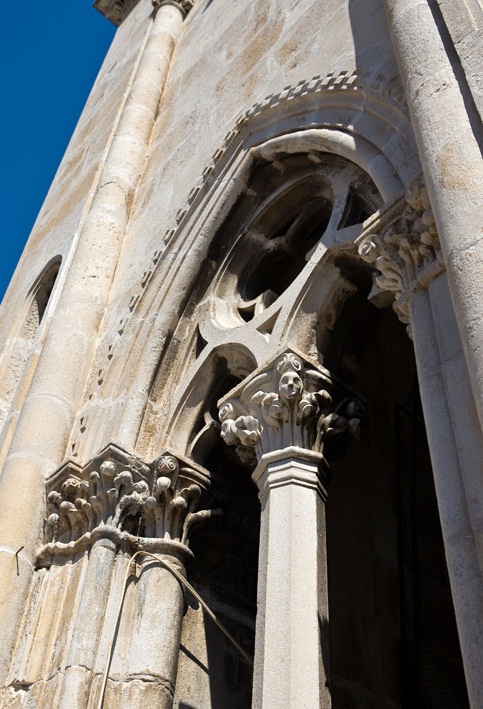 The Cathedral of St.Lawrence - Beautiful Cathedral 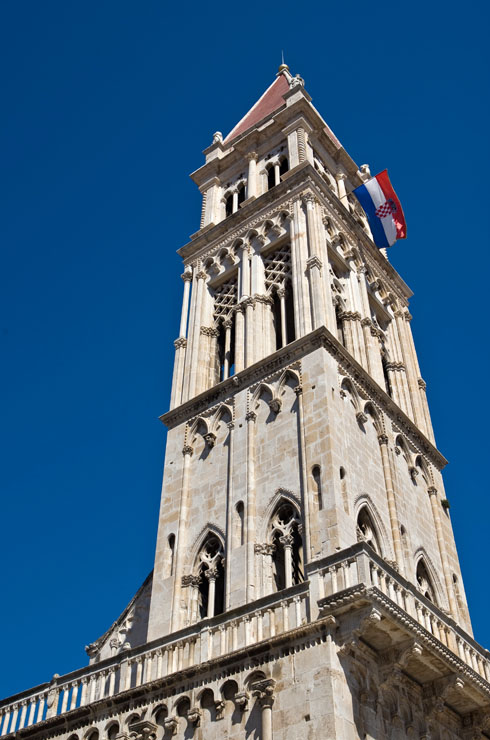 The Cathedral of St.Lawrence - Most significant monument of Croatia 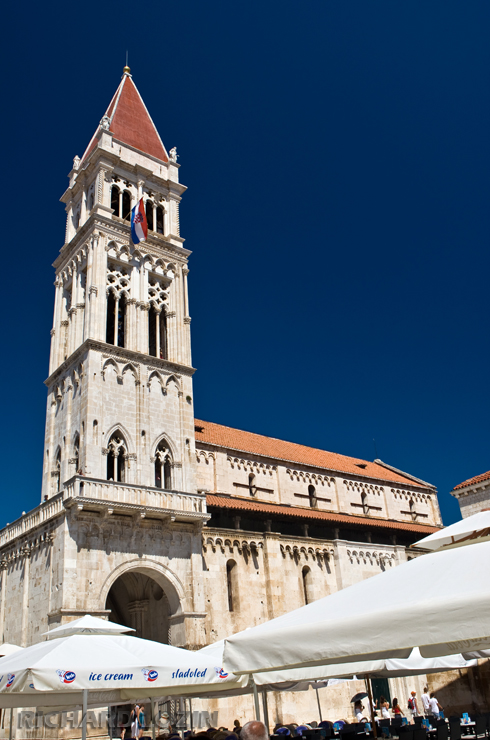 The Cathedral of St.Lawrence - Wonderful monument in Trogir