Eco-friendly locations / The Most Beautiful Caves and Grottos of the World / The cave of Lascaux, France

The cave of Lascaux, France


The cave of Lascaux is a cave complex in southwestern France famous for its cave paintings. The original caves are located near the village of Montignac, the department of Dordogne. They contain some of the most famous of the Early Paleolithic art. These paintings are estimated to scientists, 16 000 years. They primarily consist of realistic images of large animals, most of which are known from fossil evidence has lived in the area at the same time, when applied graphics in a cave. Lascaux was added to the list of the UNESCO World Heritage Sites in 1979. The cave was discovered on September 12, 1940 by four teenagers, Marcel Ravidat, Jacques Marsal, Georges Agnel and Simon Coencas, as well as dog Ravid, Robot. The access to the cave was made open after the Second World War. By 1955, carbon dioxide, produced by 1200 visitors a day, obviously hurt the picture. The cave was closed to the public in 1963 to preserve the art. After the cave was closed, the paintings were restored to their original condition and are checked daily. The rooms in the cave include the Great Hall of the Bulls, Lateral Pass Mine Deadman, the House of Prints, Picture gallery, and the House of felines. In 1983 were discovered Lascaux II, a replica of two of the halls of the cave: the Great Hall and the Art Galleries Drawings Bulls. A reproduction of other Lascaux artwork can be seen at the Center for Prehistoric Art at Le Anyone in France. Images Four black bulls - the dominant figure among the 36 animals represented in the Hall of the Bulls. One of the bulls, 17 feet in length is the largest animal discovered so far in the cave art. It seems that the bulls are in motion. The most famous section of the cave is the great hall of bulls, which are bulls, horses and deer. The painting "Crossing Bison" which is located in the chamber, called the nave is often cited as an example of artistic techniques of painters of the caves in the Palaeolithic era. Intersecting hind legs show the ability of primitive artists who used perspective in a manner that was not seen in the painting to the 15th century. Of non-figurative images, one researcher believed that the drawn points maps the night sky, starting with the correlative samples with different constellations.

Write your Review on The cave of Lascaux, France and become the best user of Bestourism.com

Maps of The cave of Lascaux, France 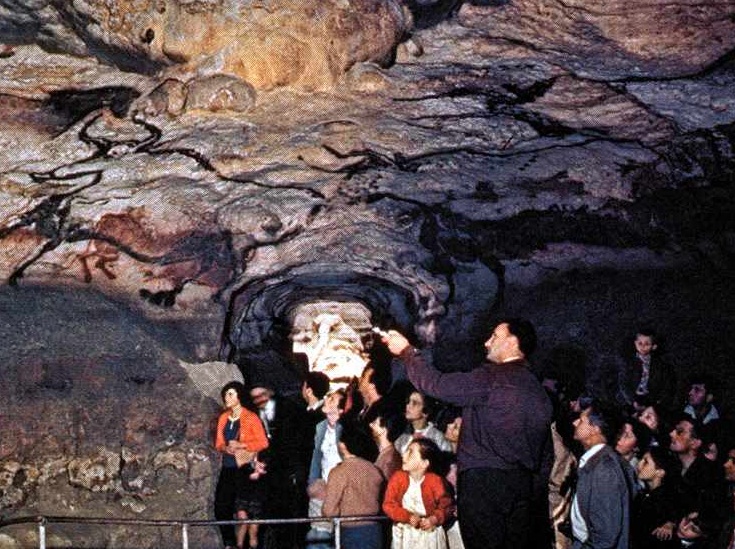 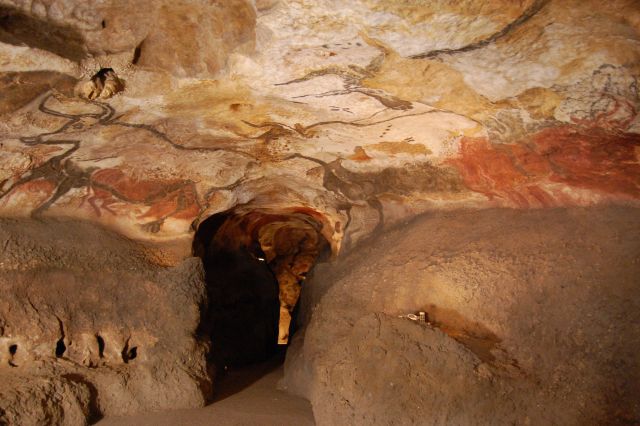 The cave of Lascaux, France - Interior of the Cave