Eco-friendly locations / The Most Beautiful Caves and Grottos of the World / Big Bone Cave, USA


The Cave of Bones is a cave, located in the County of Van Baren, in Tennessee, which is known in the course of its history, and during the current recreational use. This cave is ranked among the National Register of Historic Places. The cave got its name due to the discovery of a giant sloth bones in 1811. The cave was managed as a mine saltpeter, especially during the War of 1812 and the American Civil War. The set of natural balances and human artifacts have been well preserved in a dry atmosphere in the cave. The Cave is the 7th to map as the longest cave of Tennessee. The Big Bone Cave has become known after the discovery of the skeleton of a giant sloth fossils in 1811. The skeleton is now in the collections of the Academy of Natural Sciences in Philadelphia. Later known discovery in 1971, it includes fossil bones of a large jaguar Pleistocene. The Big Bone Cave was used extensively by the Native Americans from about 3000 years ago to 1500 years ago. These people hunted medicinal salts and gypsum in the cave. The exact use of gypsum is not known, but it may have been used for some religious purposes. Other caves in the area were also used for the extraction of salt and gypsum, including the Mammoth Cave, Kentucky. Due to the extremely dry nature much of the Great Cave of Bones and some remarkable artifacts were found in the cave. These items would have increased rapidly in the surface areas. Especially numerous were the reed torches. Other artifacts found in the cave include woven moccasins, fragments of a pumpkin and a bag of woven fibers. Dried human feces are also numerous in the cave. They were originally located in the Grotto cavers Clayton County on December 13, 1981. This discovery led to a full archaeological study conducted between August 1984 and August 1985. Archaeological investigations continue into the cave up to the present. The Big Bone Cave was managed as a mine of saltpeter (the main component of gunpowder) from 1810 to 1815, and again during the American Civil War, around 1861 - 1863. The Big Bone Cave was probably the largest oil field and mining saltpeter place in the United States in the history. Mining ceased when Tennessee was occupied by federal troops. Because of the extremely dry nature of this cave, nitrate and exhibits are in a great state with respect to safety. There are many large tanks leaching squares below the air passages, known as "Skayvey" in this area. Also in this section there are wooden water pipes and wooden ladders. The forest has largely been placed in the cave during the Civil War. The area, known as "Musterground", is formed of five large, square-shaped tubs, which are also in a well-preserved condition. It is assumed that they date from the Civil War. However, there are many smaller V-shaped tanks that are in worse condition. It is assumed that they are older and date back to the war of 1812. In the cave there was another entrance at the far end Musterground, that was known as the entrance to the Cave of the Arch. There is a good reason to believe that this entry could have been destroyed during the earthquakes of New Madrid, which took place between December 16, 1811 and February 7, 1812. The Big Bone Cave, Tennessee, was acquired in 1974 and it is now a  natural state area in the State Park. The current map shows  large bone caves 9,627 miles (15.494 kilometers) .

Write your Review on Big Bone Cave, USA and become the best user of Bestourism.com 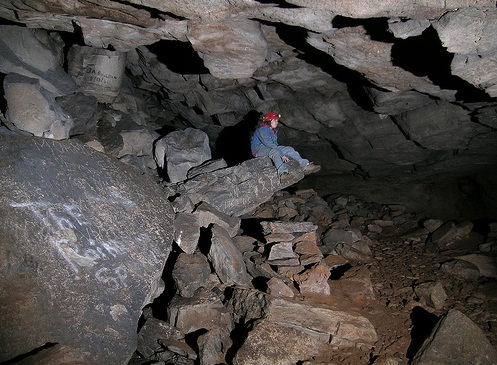 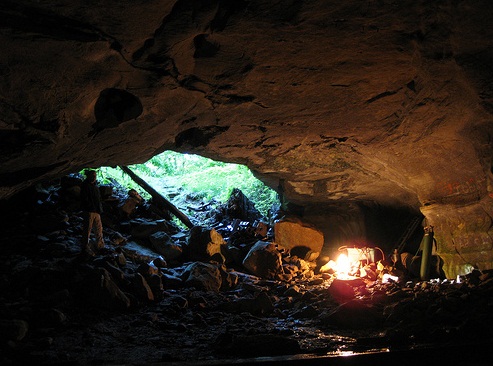