Eco-friendly locations / The Most Beautiful Caves and Grottos of the World / Waitomo Cave, New Zealand


Fireflies Waitomo Cave in the North Island of New Zealand is known for its populations of fireflies - Arachnocampa luminosa. These fireflies were found only in New Zealand and have the size of the average mosquito. The cave is part of the Waitomo Cave, which includes the Cave and Aranui Ruakuri Cave. Fireflies Cave offers visitors three different levels and starts at the top level caves and catacombs. The levels are associated with Tomo, which is a 16-meter vertical limestone shaft. The second level is called the Feast of the House. This level is the place where early visitors stopped to eat, what is the evidence for traces of smoke at the ceiling chamber. Hence you may have the opportunity to provide feedback to the upper level to see the greatest formation, called the organ pipes, but in the busy days, this area is closed to the public, because the creation of carbon dioxide can be dangerous. The third and the final level is lowered in the Cathedral, platform demonstrations and a dock. The Cathedral is a nested domain with rough surfaces and it is the creation of approximately 18 m tall and it has very good acoustics. Many famous singers and choirs are performed here, including Dame Kiri Te Kanawa. Travel tours usually end in a walk through the grotto by boat Firefly. The boat takes visitors on a journey through the underground river Waitomo, where the only illumination is created by tiny glowworms that create "sky living" lights.

The Fireflies Waitomo Cave is located in the southern region of Waikato, North Island of New Zealand, 12 km north-west of Te Quito. This cave is located about two hours south of Auckland, 1 hour south of Hamilton, and 2 hours west of Rotorua. Waitomo name comes from the Maori word wai, which means - water and tomo, which means a hole or shaft. The local people of Maori knew of the caves for quite some time before the opening of the cave to local Maori chief Tanya Tinorau and British inspectors, Fred Mace, who made an extensive study of the cave and its complex in 1887. Their study was conducted with artificial illumination on the raft, which is part of the cave where the stream goes underground. Now this is out of the cave. As they began their investigation, so they saw the Grotto Firefly and were amazed by the twinkling lights on the ceiling. As they walked further into the cave, they were astonished out of limestone formations. These units surrounded them in all shapes and sizes. They came back many times, after the leader Tanya independently discovered the upper entrance to the first level of the cave, which is the modern entrance to the cave complex. Tanya Tinorau and his wife Houthi, by 1889, opened the cave to visitors and began to drive a group of cave complex for a small fee. The administration of the cave was deceived by the government in 1906 after having been vandalized. In 1910 a hotel was built in Waitomo to provide the many visitors overnight. In 1989, the land and the cave were returned to the descendants of Chief Tane and Tinorau Houthi. They now receive a percentage of income of the caves and are involved in the management and the development of the cave.

The geological and the volcanic activity has created approximately 300 known limestone, creating the Waitomo area in the last 30 million years. Limestone Caves formed when the area was still under the ocean about 30 million years ago. Limestone consists of fossilized coral, sea shells, skeletons of fish, and many small marine organisms on the seabed. Over millions of years, these fossilized rocks were layered, and within the Waitomo region limestone may be more than 200 m in thickness. Stalactites, stalagmites and other formations in the cave grew out of the water dripping from the ceiling or flowing down the walls. Stalagmites are formed upward from the floor, while stalactites are formed from the ceiling. When these formations connect, they are called the pillars or columns. Such decoration cave is millions of years to form (average stalactite add one cubic centimeter every 100 years). The most famous cave is Firefly, Arachnocampa luminosa. There are several small submarine lakes, which were created by freshwater streams or creeks. The cave walls are covered with many fungi, including flowers (a distant cousin of genus Pleurotus), which is actually similar to a mushroom. The most common animals in the caves are the insects (white cave ants, giant fireflies, glowworms and of course Arachnocampa luminosa). Today a lot of travel companies, large and small, specialize in various excursions in all the caves, easily accessible from areas with hundreds of tourists per hour in peak winter season, to extreme sports cavers in remote cave system, which can be seen only by a few tourists daily.

Write your Review on Waitomo Cave, New Zealand and become the best user of Bestourism.com 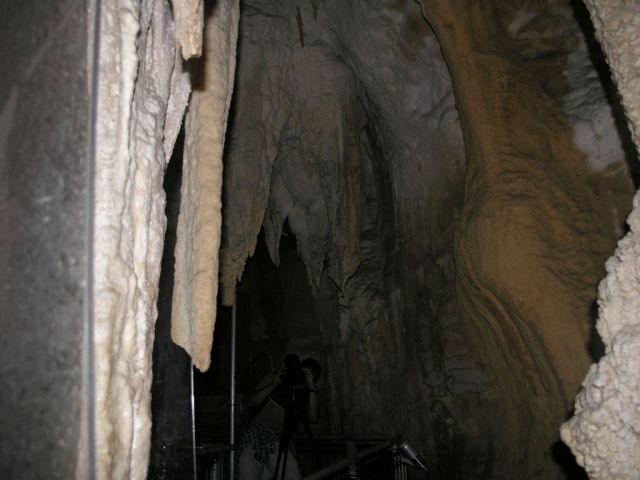 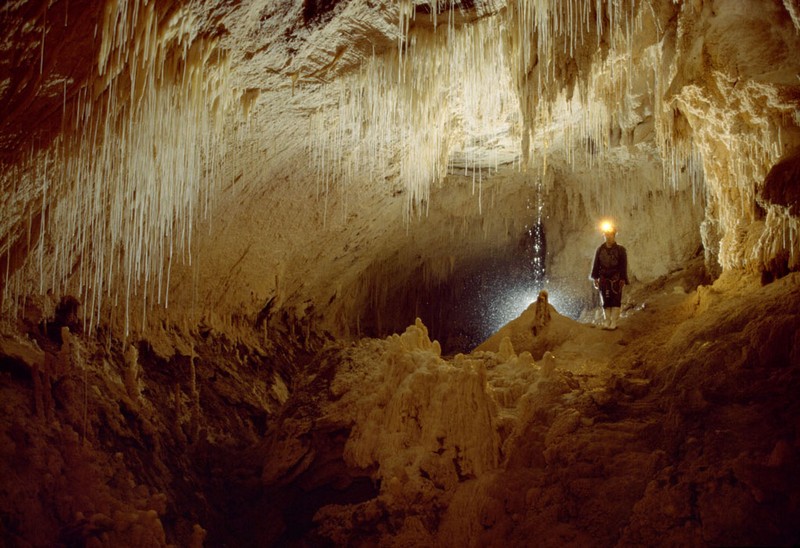 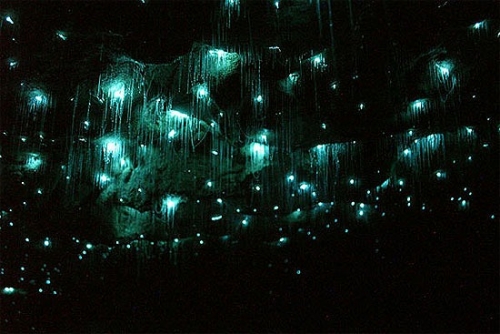 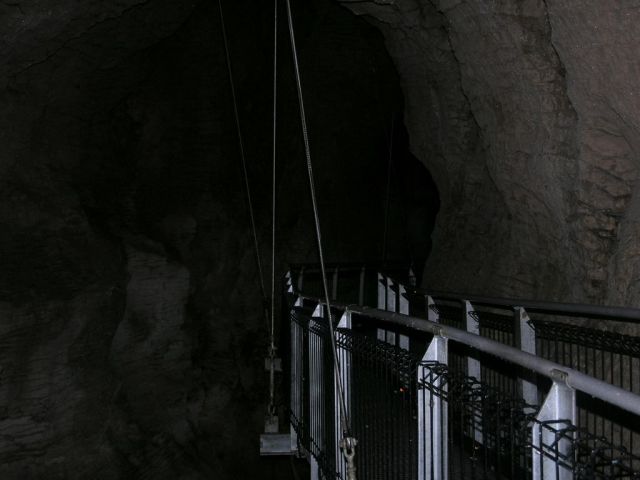