Eco-friendly locations / The Most Beautiful Caves and Grottos of the World / Ali-Sadr Cave, Iran


The Cave of Ali Sadr in Hamadan was opened in 1962 by a group of geologists. The cave has about 150-170 million years, much of it filled with water depths ranging from a half to fourteen feet. If you look at the stalactites of Ali-Sadr they are really wonderful and attract tourists from all over Iran. There are also frequent foreign visitors. A tourist and an entertainment complex that includes a hotel, a restaurant, an outdoor theater, an observatory, souvenir shops, a small zoo are around the cave now. During the visit to the cave will be charged at the rate of $ 4 to Iranian citizens and 16 dollars from foreigners. Half an hour trip by boat is included in the price too. Due to its specific geographical and geological conditions, Iran has a variety of natural attractions. Note that 52.5% of the territory is covered by mountains, where are a variety of natural attractions. There are numerous caves among them: lakes, rivers, ancient places where you can watch the large and small columns and figures of various shapes.

The most famous cave in Iran is Alisadr. This is one of the most beautiful in the world and unique in its kind of caves. It is located in a village 75 km Alisadr northwest of Hamadan in western Iran. The cave is located in Alisadr near a high mountain Saritappe (yellow rock) in the southern village of the same name and is adjacent to it. In this mountain there are two other caves under the names of Sarab and Subashi, respectively, 7 and 11 km from Alisadr. Based on the statements of the experts, the emergence of this cave belongs to the second geological period (130-190 million years back). The corridors and the passage ways in the cave are formed by deposition, landslides, mudslides and earthquakes. The history of the cave says that they were first discovered during the reign of the Safavid dynasty. However, during some excavations of pottery there still were people in Seljuk. In 1962, the climbers made a study in Hamadan Alisadr cave, and in 1963 after the establishment of light, the cave was prepared to public viewing.

Subsequently turned into a cave, Alisadr became a unique attraction of Iran. At the entrance of the cave stalagmites deposits on the ceiling and on the walls of the cave attract the attention of the visitors. These deposits indicate that in the past, water flowed here. The water depth at various locations was ranging from the cave floor meters to 14 meters. Alisadr differs by numerous canals, many of which have not yet been discovered. Prior to 2005, the cave officially has a length of 2100 meters in total height from 1 to 35 meters and a width of 2 to 15 meters. A motion to "ride on the boat" is the stereotypical view of the lake smooth surface, inclined to water the trees on the shore, the chirping of birds and the heady scent of herbs. Or on a fast river, bright sparks, break away from the gay and mumbling water in the shallows. When followed by the words that go through an underground pool of water requested, it makes frantically recall the mythology of the ancient Greece and Rome, and wonder? In fact, it's much more ordinary and extraordinary at the same time. Because the pond is really under the earth, in one of the most beautiful caves in the world. And the cave itself is located in Iran, an hour's drive from one of the oldest cities of Hamadan, and it is known as Ali-Sadr, associated with Eastern tales.

Indeed, the cave, most of which is flooded, is fantastically beautiful. And the journey on the underground is just a fairy tale on the boats. You will remember a time when you admired the colored stalactites, marveling at the patience of Nature, when you look in pure water without hiding its secrets to a ten-deep, when the sinter on the walls trying to see something magical flower, the shape of the underground strict guard. And the size of Ali Sadr is impressive: the main gallery of more than eleven kilometers caves, an underground cathedral of a real size of one hundred fifty meters and up to forty. Or, really is it a cathedral? A cathedral of an unknown religion, where instead of icons and altars are such miracle stones - sculptures, in which so wants to find at least some familiar features: whether a lion, or an elephant - who worship? I wonder if anyone saw this rock hamadan archaeologists, scientists have come out of the first. What was under the arches of the Ali-Sadr nearly fifty years ago? And who met the local residents who knew about the cave for more than two and a half thousand years, and even, as it is commonly believed, who used its water very practical to water plants? But all this is only an instant for an array of Zagros, because this underground temple was created by a great Creator - Nature millions of years ago. That's why we forget about time here, slipping on the boat on the water surface and not the lake and the river. After a long journey in Alisadr by boat visitors to the cave overcome a long way on foot and then continue to tour again by boat. As we have noted in the cave there are a large set of corridors and passages, but still open to only 14 km of them. Approximately 4 miles of them are lighted and are accessible to the public. The main area of the cave consists of large and small zigzag facilities, which connect the mesh passes. Some of them reach several hundred meters. The ceiling of the cave, whose height in some places is about 10 meters above the water is covered with attractive stalagmites (deposits of calcium carbonate mixed with other chemical elements). On the ground, and in other dry areas stalagmites formed a beautiful picture. The water in the cave is provided by underground sources and precipitation seeping into the cave through the walls and the ceiling. In general, this great cave formed by erosion of rocks and the appearance of small depressions in the limestone massifs, as well as the gradual merging of these pits for long years. The water reaches 12 degrees the cave, considered to be cold, pale blue odorless and tasteless. It is so transparent that the bottom even the low light can be seen with the naked eye. Based on these studies, the water of this cave contains calcium bicarbonate with acid, which is close to the water. Also due to the presence in it, it is not suitable for drinking minerals, it is devoid of living creatures. In general, the cave has a unique internal Alisadr picture, light and fresh air, and it emphasizes the stillness exactly a burning candle. Someone can say that the cave is the largest water cave in the world and unique in terms of natural sights. Thanks to the excavations of professionals every year new passages are being discovered. One of the most beautiful places in the cave is the territory of an area of 4 thousand square meters which was called the hall of a thousand icicles (Gandilov). All the walls and the ceiling in this room are covered with colorful and diverse stalactite and stalagmite formations. Note that in the present arrangements made for the visits to different parts of the cave, Alisadr attracts many tourists. Annually it is visited by more than half a million tourists from Iran and other countries. The unique spectacle of the cave you is one of the amazingly beautiful creations of God.

Write your Review on Ali-Sadr Cave, Iran and become the best user of Bestourism.com 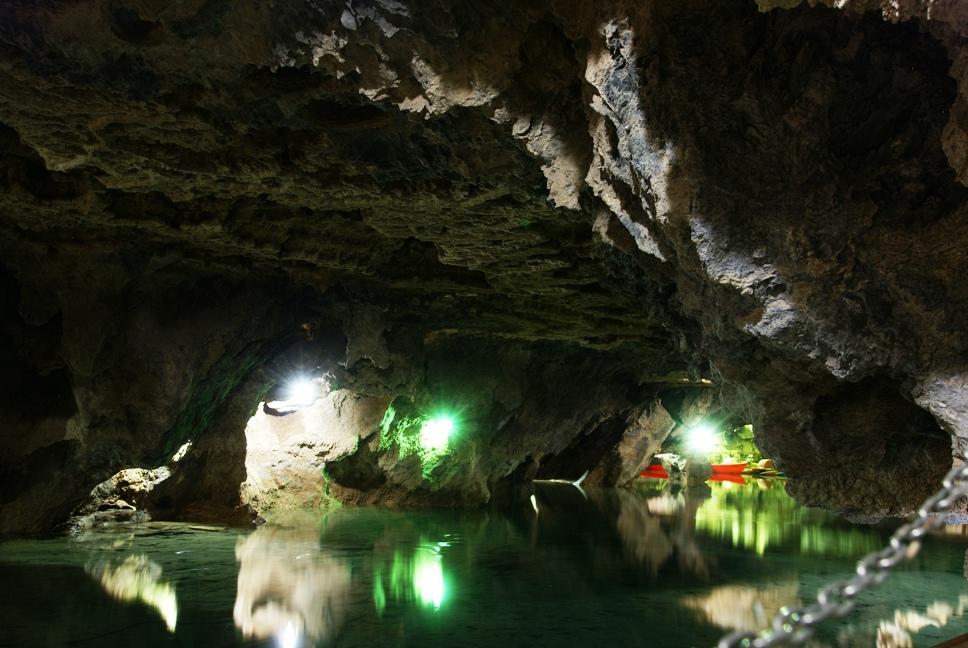 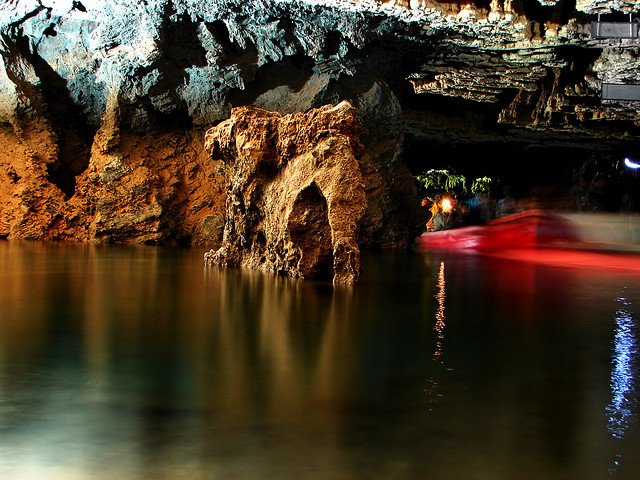