Eco-friendly locations / The Most Beautiful Caves and Grottos of the World / The Crystal Cave of the Giants, Mexico

The Crystal Cave of the Giants, Mexico


Deep in a mine in southern Mexico, in Chihuahua, there is a group of mineral crystals that are hidden from the human eyes. They have a height of several meters, generally of rectangular shape, but they are cylindrical, and the color changes from silver to gold. Most likely, the surrounding space was filled with crystals of the rock, which is gradually washed out by underground water flows, leaving such an unusual education.

Discover the magic cave in the Mexican Desert

There, at a depth of 700 m in the Naica Mountain in the desert Chihuahuan (Mexico), are the largest of the currently known natural crystals. The cave was accidentally discovered by some miners recently silver-lead mine in a marketing year 2000. The Naica cave in Chihuahua, Mexico, is a working mine for the extraction of lead, zinc and silver and large voids containing crystals of huge selenite. It is located in a semi-arid area north of Mexico, 100 km south-east at an altitude of 1385m.Chiguagua is on the northern slope. The owner of the cave of treasures is the “Industrias Penoles” Company. Here's the leading development of silver, lead and zinc. Selenite is one of the most beautiful forms of gypsum, a mineral consisting of hydrated calcium sulfate, which is very often formed into a compact and transparent connection. Sometimes it is represented as a giant crystal cave in Naica. The air temperature in the cave is about 50 º C, the humidity 90%. Nobody can withstand more than 10-15 minutes with no special clothing, cooling the body and breathing air, in such circumstances. The research analysis led to believe that there are other interesting caves that are waiting, and when they were found in the shaft Naica complex, located on the south east of the city of Chihuahua. If the theory of the genetic mechanisms of the crystal formation is correct, the miners can find a large number of such caves in the next few years. Cueva de los Cristales is in Mexico at a depth of 300 meters underground. The cave contains some of the largest natural crystals. To give you an idea of how big the crystals are, an example has been found of a crystal length of 11 m, 4 m wide, weighing 55 tons. Crystals are translucent and consist of selenite, a form of gypsum. First, geologists did not understand how the crystals could grow so big, but now they understand it. By studying the tiny cells filled with liquid inside, scientists realized that the crystals grew because they were immersed in mineral water with very little fluctuation in temperature, equal to about - 54 ° C.

Write your Review on The Crystal Cave of the Giants, Mexico and become the best user of Bestourism.com

Maps of The Crystal Cave of the Giants, Mexico 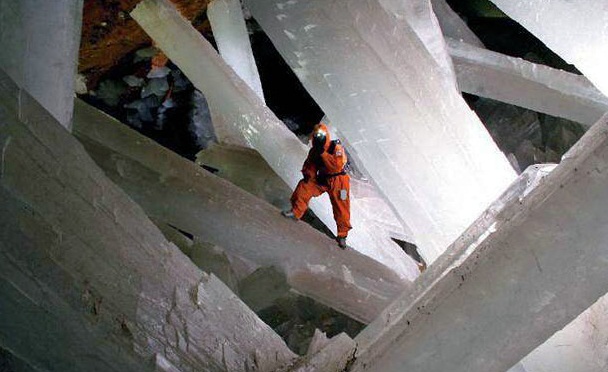 The Crystal Cave of the Giants, Mexico - Giant crystal cave in Naica 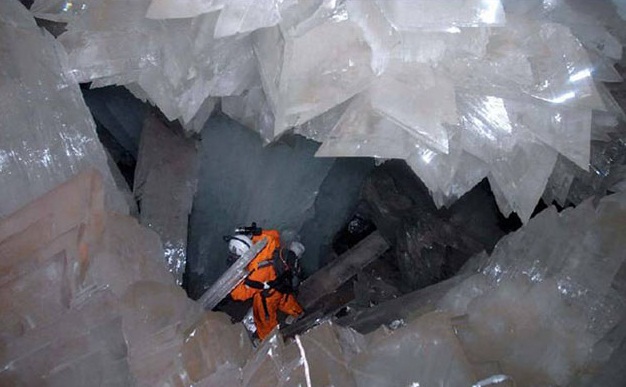 The Crystal Cave of the Giants, Mexico - Magic cave 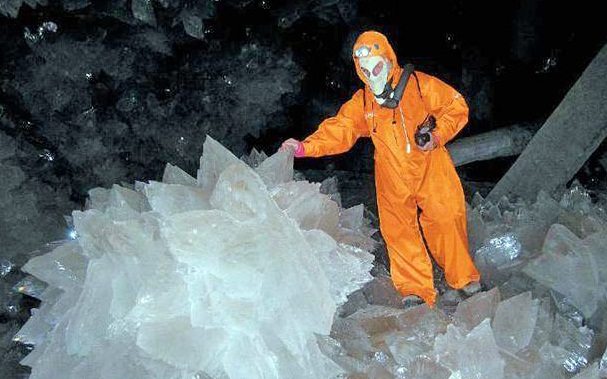 The Crystal Cave of the Giants, Mexico - Huge and beautiful crystal 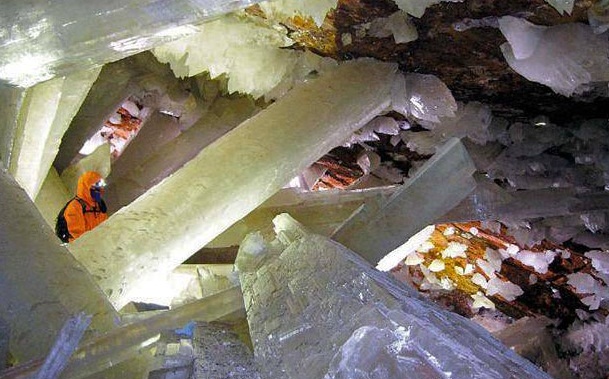 The Crystal Cave of the Giants, Mexico - Mysterious place 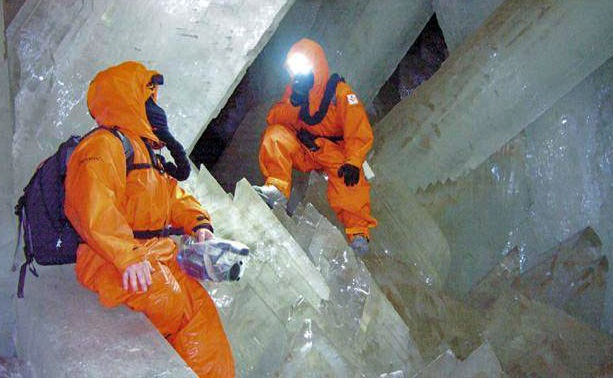 The Crystal Cave of the Giants, Mexico - Into the cave