Destinations / The Best Parliament Houses in the World / The Parliament Building, the Hague, Netherlands

The Parliament Building, the Hague, Netherlands


Every third Tuesday of September, The Hague officially opens the new parliamentary year, in fact here is the highest legislative body in the country where Queen Beatrix lives and this day you can see her live and take a picture of a long memory. The queen and her family are going through the city in a golden carriage, waving hands to people, and at the arrival to the parliament building Queen Beatrix says a special greeting to announce the opening of the year, according to government plans and about the future budget. This speech begins promptly at one o'clock. The Hague is the third in number of inhabitants (after Amsterdam and Rotterdam), and it is the administrative center of the Netherlands. The Parliament, most ministries, embassies and consulates, the International Court of Justice, the International Criminal Court, as well as controls of the province of South Holland are on the territory of the Hague. The Hague is the residence of the Queen, that’s why it is also called "residentiestad" - "city of residence." This respectable city is home to Queen Beatrix with her large family. Hague uniquely combines the history and the present-day of the country. The center for The Hague is a curious phenomenon: a mix of historic and contemporary buildings. The main attraction of The Hague is the palace complex Binnenhof , which was built on the site of a hunting lodge of Count Floris IV. Around the palace complex of historic attractions Binnenhof Square is a monument to William I of Orange. Here are the Hevangenport – an ancient entrance gate to Binnenhof, originally built of wood (XIII cent.), rebuilt in a prison. At present, there is the inquisition museum with a collection of torture instruments. Nearby is the oldest city in the country Passage end of XIX century and the building of the Ministry of Justice. Also in the vicinity of the square there is a diplomatic embassy. Not far from the royal palace is a super-modern Parliament building, the City Council, the Dance Theater. Not far from Binnenhof is Mauritshaus once an elegant palace Maurits van Nassau Johanna, the Governor-General of Brazil Netherlands. This is a classic building of the XVII century built in 1633 by Peter Post. Along with the monuments of the past in The Hague are also wonderful modern facilities located in the northern areas of the city: the Plain (1813) - a large oval area surrounded by villas and gardens. Vredepaleys (Peace Palace), another modern monument, built in 1907-1913 years old Flemish style of architecture, was born at the initiative of Tsar Nicholas II, who in 1898 proposed the idea of convening the World Conference against war. Since 1922 the palace housed the International Court of Justice .In the historic center attracts tourists and resort area of The Hague - Scheveningen (Scheveningen) , located in the northwest part of town. Scheveningen is separated from the city of 7-kilometer park area. For fans of The Hague museums - a real paradise. A very popular museum - Madurodam (Madurodam) . The smallest city of Holland has collected in its territory copies of famous and well-known architectural monuments of the country. In the windows of small houses can be seen human figures, furniture and household items - show touches.

Write your Review on The Parliament Building, the Hague, Netherlands and become the best user of Bestourism.com

Maps of The Parliament Building, the Hague, Netherlands 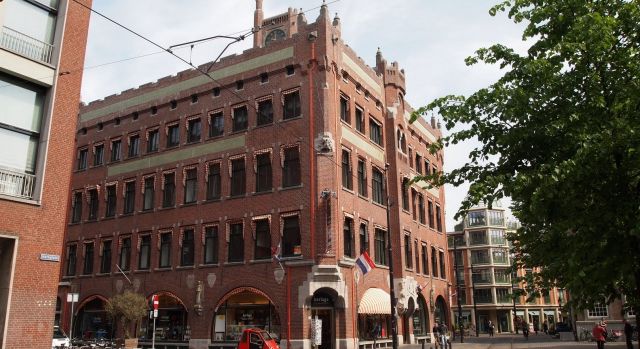 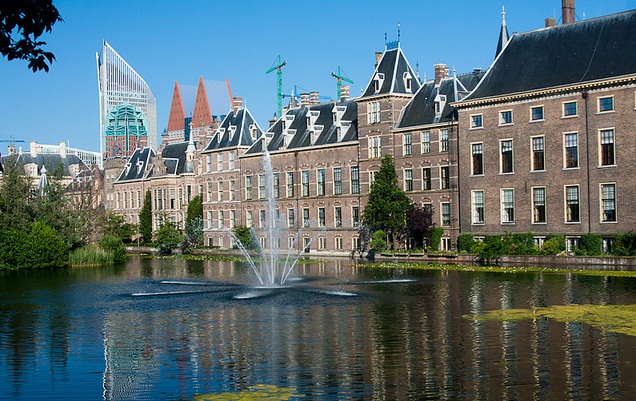