Destinations / The Best Parliament Houses in the World / The Parliament of Canada,Ottawa


The capital of Canada,  Ottawa is the fourth largest city in the country. Once upon a time there was a picturesque hillside, a place where white settlers met with the Indians, exchanging manufactured goods for food. Hence the city got its name because "Ottawa" in the language of the Indians means "exchange." The title of the capital of Canada was claimed by a few cities, but Queen Victoria has made the choice in favor of Ottawa, emphasizing equal rights as the English language and the French speaking people of the state. The city lies on the shores of the Ottawa River, which is a natural boundary between the two provinces - Ontario and the English-language-speaking Quebec . The total number of inhabitants of urban conglomeration reaches one million two hundred people. Ottawa is an unusually pleasant town to stay, very cozy and cute. It is compact, there are no skyscrapers, without which it is difficult to imagine a modern metropolis. The most striking buildings are the parliamentary complex buildings, hotels, Lord Elgin and Laurier Chateau. The city is decorated with many flower lawns and green areas that are home to tame black squirrels. The pride of residents of Ottawa is the Parliamentary complex, which includes four buildings in the pseudo-Gothic style, situated on a hill. With the exception of the library building, built in 1876, all other facilities were built in the 20s of the last century. The old Parliament of the 19th century was destroyed by a strong fire in 1916. The roofs of these structures were originally covered with slate, but later they were replaced by sheets of copper, taken since a greenish tinge. The most recognizable building of this complex is the Peace Tower, which is considered a symbol of Ottawa. The 95-meter tower with a clock is set to the central parliament building. Built in 1919 - 1927 years, it is a sign of memory. 60 000 Canadian soldiers were killed during the First World War. Inside the tower is the chapel of Memorial dedicated to all the people of this country who lost their lives during military conflicts. There is also the book where they are listed by name. The bell tower has 53 bells, remarkable for their acoustic qualities. With their help, you can even play snippets of classical music. An interesting building of the complex is the Parliamentary Library, built in 1876 in the form of regular 16-polygon sides. Also in the Parliament buildings there are monuments to Queen Victoria and Elizabeth II, as well as a statuary known as the "Famous Five". This monument is dedicated to the activists of the suffrage movement. One of the ladies is holding a sheet of paper where is carved the slogan "A woman - a man." Here is a fountain dedicated to the friendship of all Canadian provinces. In the center an eternal flame burns, and the circle marked arms of the 12 basin areas of Canada. In the summer on the square in front of the Parliament of Ottawa residents and tourists watch the ceremonial changing of the guard with the mounted police.

Write your Review on The Parliament of Canada,Ottawa and become the best user of Bestourism.com

Maps of The Parliament of Canada,Ottawa 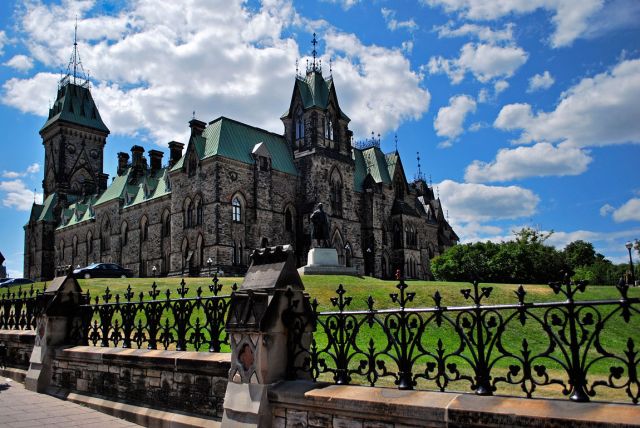 The Parliament of Canada,Ottawa - Incredible Building 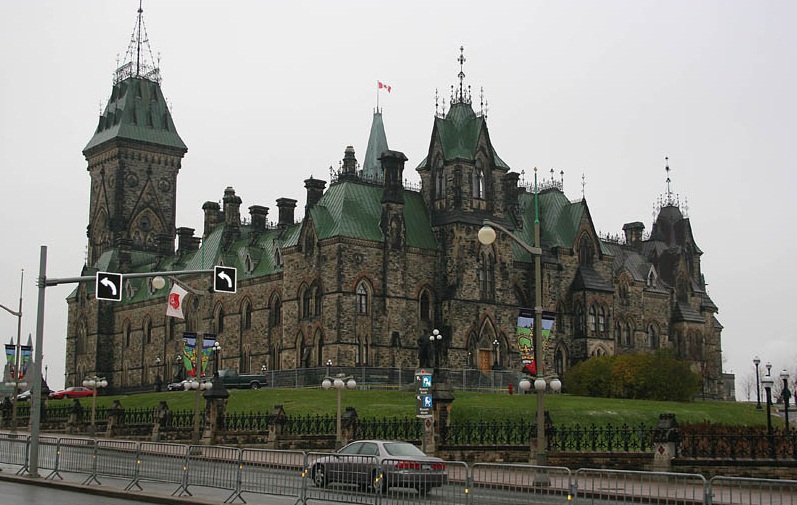 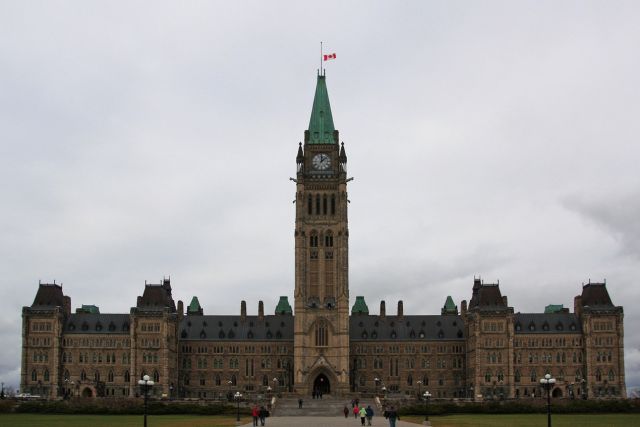 The Parliament of Canada,Ottawa - Panoramic view