Kyoto Imperial Palace (Kyoto Gosho), residence of the imperial family until 1868, when the capital moved to Tokyo is now an impressive ensemble, rebuilt by no less than eight times throughout its history - because of repeated fires. Can be admired in Kyoto Imperial Park, one of Japan's national symbols. Those who want to discover Japan can start their visit here, where under the guidance of the guides can see the beauty and traditions of classical Japanese architecture.

Palace building was finished around 750, according to sources from the era when it was much different from all that can be admired today. Today's building was completed in 1855, in the style of the Heian period. Besides the imperial residence, all the Imperial Palace and other buildings include: Shishinden (ceremonial hall), Seiryoden, Kogosho (gathering hall where members of the Imperial Court), Ogakumonsho (library), more housing for the Empress, aristocrats and officials, administrative buildings etc..
In Shishinden the most important part of the complex, the most important ceremonies were held official coronation as King or Prince appointment. Size is an impressive structure, 33 by 23 meters, the traditional Japanese style, and the main staircase surrounded by trees, with a symbolic role. Emperor Throne deserves admiration, being situated on an octagonal pedestal, where it amounted to about five meters from the floor, emphasizing the importance of the Emperor in Japan. The king used to retire Seiryouden for talks with reliable people, but often housed building and other meetings, many of them foreign diplomats. The entire complex is protected by walls and has several entrance gates.
Doors entry level hierarchy of traditional society, there are doors to the king for the nobility, for lower-ranking officials, and was forbidden under the threat of tougher sanctions to enter the wrong door. Even the queen could not walk into the king intended, if it was accompanied. Those who wanted - and had the chance - could expect an audience to the king in three separate rooms. The first one, closest to the king, was Leo Hall, and very few get there, only those truly appreciate the court. The second room, Room Crane was meant lower-ranking officials, while the third room of cherry blossoms, was the smallest.
Besides architectural value, Kyoto Imperial Palace is fascinating for t hose interested in Japanese art and tradition, here are finding some of the most valuable works of traditional art. Besides the architectural complex, visit the Imperial Garden, one of the most beautiful in the world, carefully groomed today as hundreds of years ago.
Sponsored Links

Write your Review on Imperial Palace in Kyoto, Japan and become the best user of Bestourism.com 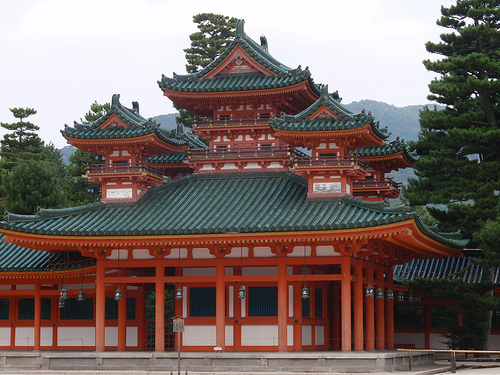 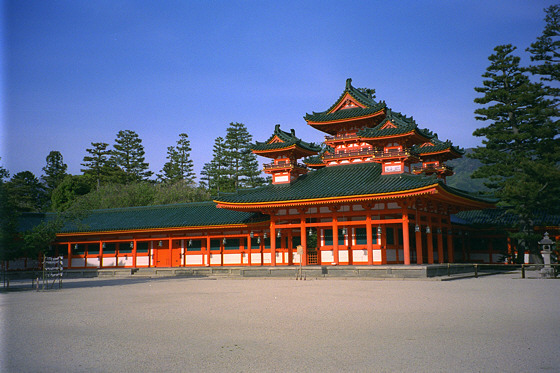